One of life’s undeniable truths is that the Earth is constantly rotating on its axis. What you might not know is that it is doing so very, very fast.

For those that aren’t already aware, different parts of our planet experience different rotational speeds depending on their geographical location on Earth’s surface. The equatorial regions have the highest rotational speed (which is why they launch most rockets and satellites from there), which happens to be no less than 1037 mph (1670 kmph)!

The fact that the Shanghai maglev train, which is the fastest commercial high-speed electric train in the world, travels at only one-fifth the speed of Earth’s rotation in the equatorial regions, should give you some idea of how fast the Earth really rotates! Now that you know that Earth rotates blisteringly fast on its axis, don’t you wonder why we, the inhabitants of the planet, don’t feel it?

Why don’t we feel that the Earth is rotating?

Short answer: Earth spins at a constant speed (i.e., there are no changes in its rotational speed) and we, humans that live on the surface, move along with it at the same speed, which is why we don’t feel any direct, physical effects of Earth’s spin. That’s the same reason why, when we jump in the air, we land in the same (original) spot.

This can be understood better with the help of the ‘traveling in a bus’ analogy.

Sitting in a moving bus

When you’re sitting in a bus that’s moving at a constant speed of 40 miles per hour, do you feel that you’re moving at the same speed?

Of course you don’t, because you are sitting inside it and therefore moving along with it at the same speed. Your motion is coupled with the motion of the bus. In technical terms, you could say that there is no relative motion between you and the bus. We perceive motion only when there ‘is’ some relative motion between two objects. Since everything inside the bus – the seats, window, bar, other passengers – moves at the same speed as the bus, it’s somewhat difficult to imagine that all of us are clocking 40 mph! While sitting in a moving bus, you’re not really stationary; you’re actually moving at the speed with which the bus moves (Photo Credit : Syda Productions / Shutterstock)

However, when the bus banks a sharp turn, decelerates rapidly or halts suddenly, the movement of the bus becomes obvious, because in each of those aforementioned scenarios, there appears to be relative motion between the bus and you. For instance, when the bus stops suddenly, you get pushed forward (due to inertia), or when the bus turns, you sway to your side (again, caused by inertia).

Now, let’s apply the same reasoning to the case of Earth’s rotation.

We do not perceive Earth’s rotation because…

What do you think will happen if you jump inside a moving bus? Since the bus is moving forward, will the bus floor slip beneath your feet and make you land behind the spot from where you jump? 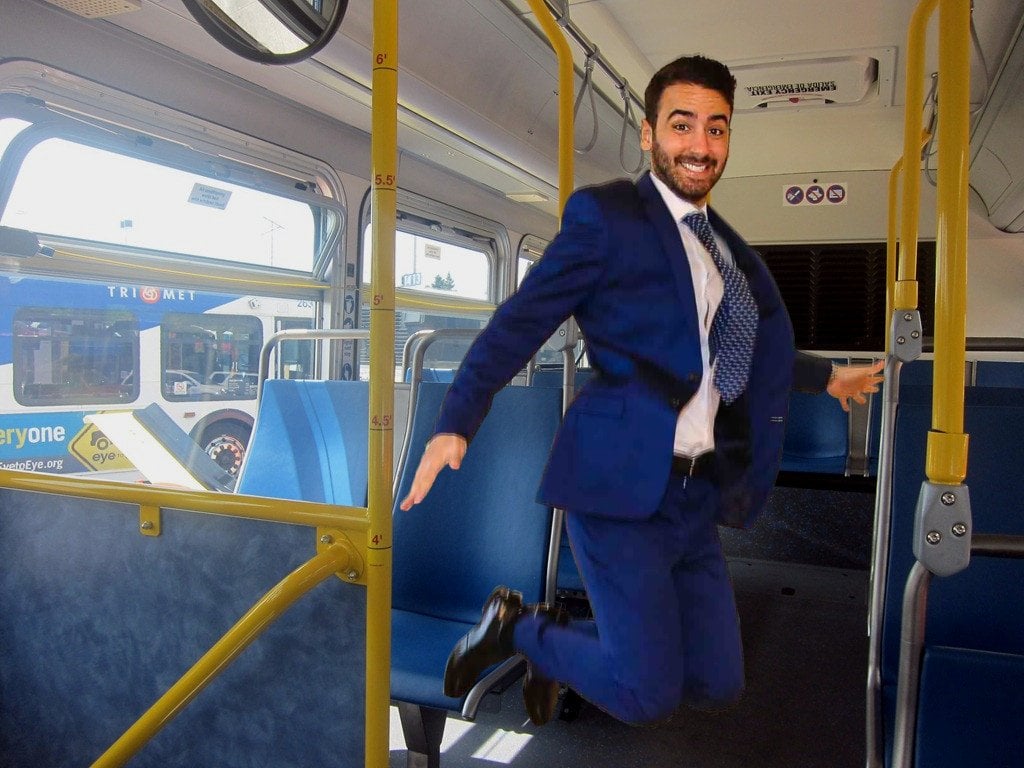 Will you land behind the original spot if you jump inside a moving bus? (Photo Credit : Pixabay)

Given that our planet does not accelerate, decelerate or change direction during its rotation, it’s impossible for us to physically perceive its rotation. As it turns out, that’s also in our best interest! 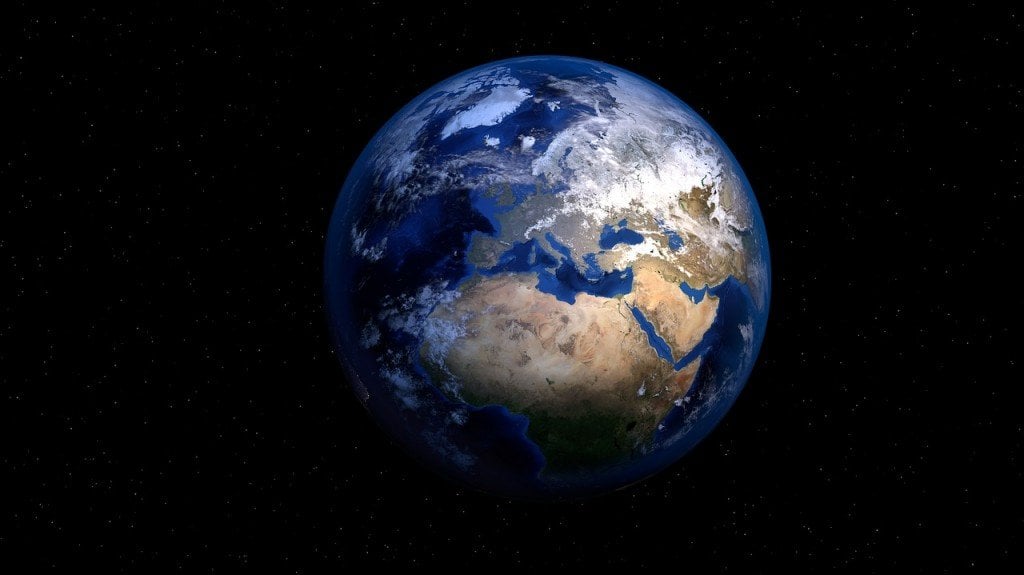 Earth’s constant rotational velocity does a lot of good for life on the planet. (Photo Credit : Pixabay)

For example, if the Earth were to accelerate or slow down suddenly, everything on the ground would be uprooted from its present location and thrown off, resulting in nothing short of annihilation. We have actually written an entire article about the nasty effects that Earth’s sudden halt would have on life and other things.

Interestingly, if you manage to jump ‘high’ enough (to the order of a few hundred kilometers above Earth’s surface, meaning that you decouple yourself from Earth’s rotation), you will certainly land in a different spot from where you jumped. However, unless you’re a superhero, this probably won’t apply to your abilities…