There are just so many things that we take for granted: our teeth, our neighbor’s WiFi password, and even the existence of life on Earth! The three things that I listed here are absolutely unrelated, but that’s not the point I’m trying to make. I’m trying to express how the smallest and most obvious things that happen every single moment all around us shouldn’t be taken for granted. I

f everything on this planet stopped moving suddenly, it could mean instant obliteration of life as we know it.

More specifically, what if Earth, which constantly rotates on its axis, suddenly decides to call it quits and stop spinning?

What if the Spinning Stops Suddenly?

First off, rest assured that this is not going to happen, at least not for a few billion years. However, just for the sake of curiosity, what if…? 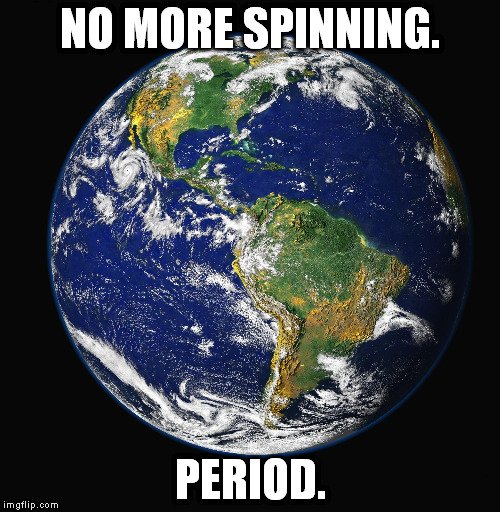 Needless to say, the effects of such an incredible event occurring so abruptly would cause nothing short of annihilation. According to NASA, a sudden stop of Earth’s spinning motion would displace everything that’s not firmly fixed to the bedrock. The reason for this is that, despite the Earth’s spin being stopped, the atmosphere would continue to be in motion at its original speed, i.e., 1100 miles per hour (1770 km per hour). Therefore, everything that’s not firmly attached to the bedrock will be swept off the ground; huge rocks, topsoil, buildings, vehicles, and even your beloved television, will be lifted up and swept away by the atmosphere.

That’s probably why being described as ‘down to earth’ is so desirable to many people.

What if the Spinning Slows Gradually?

Another variation of this global crisis is a bit less dramatic. What if Earth lost its ability to spin over a long period of time, rather than abruptly? Assuming that the different components of the ecosystem remain intact, the effects in this case would be quite different from what would have happened if it simply stopped suddenly. 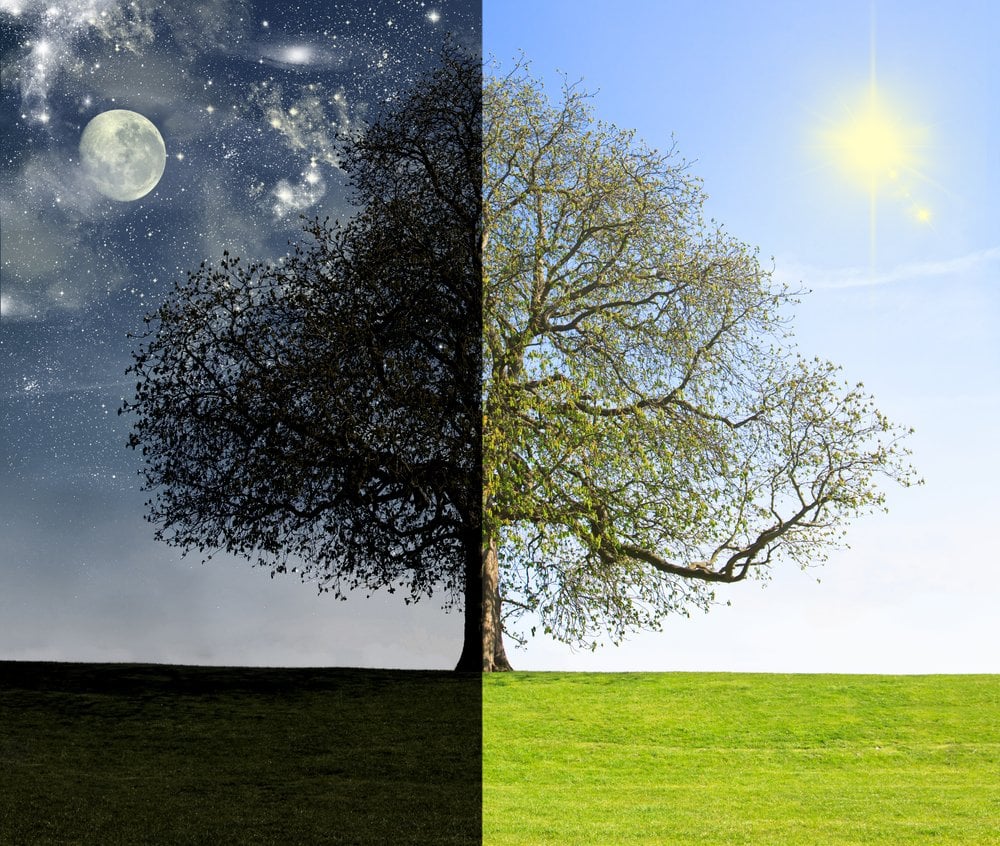 To start with, the most basic feature of our lives – the 24-hour ‘thing’ that we divide existence into, would be altered. It’s common knowledge that Earth takes 24 hours (approximately) to complete one spin on its axis, which in turn causes every creature on Earth to experience day and night. It’s pretty basic: while spinning, the side of Earth that faces the sun experiences day and the side facing away from the sun experiences night. This cycle goes on and on, forming weeks, years, and millennia. In fact, almost everything that we do relies upon this singular event. We always know that there’s going to be a ‘tomorrow’ – no matter what!

However, if Earth stopped spinning gradually, what it accomplishes in a single day might eventually take a year to complete; countries on the side facing the sun would experience daylight for 6 months, while those living on the side facing away from the sun would experience a six-month night. This is precisely what life is like at the North and South poles today at different points of the year. 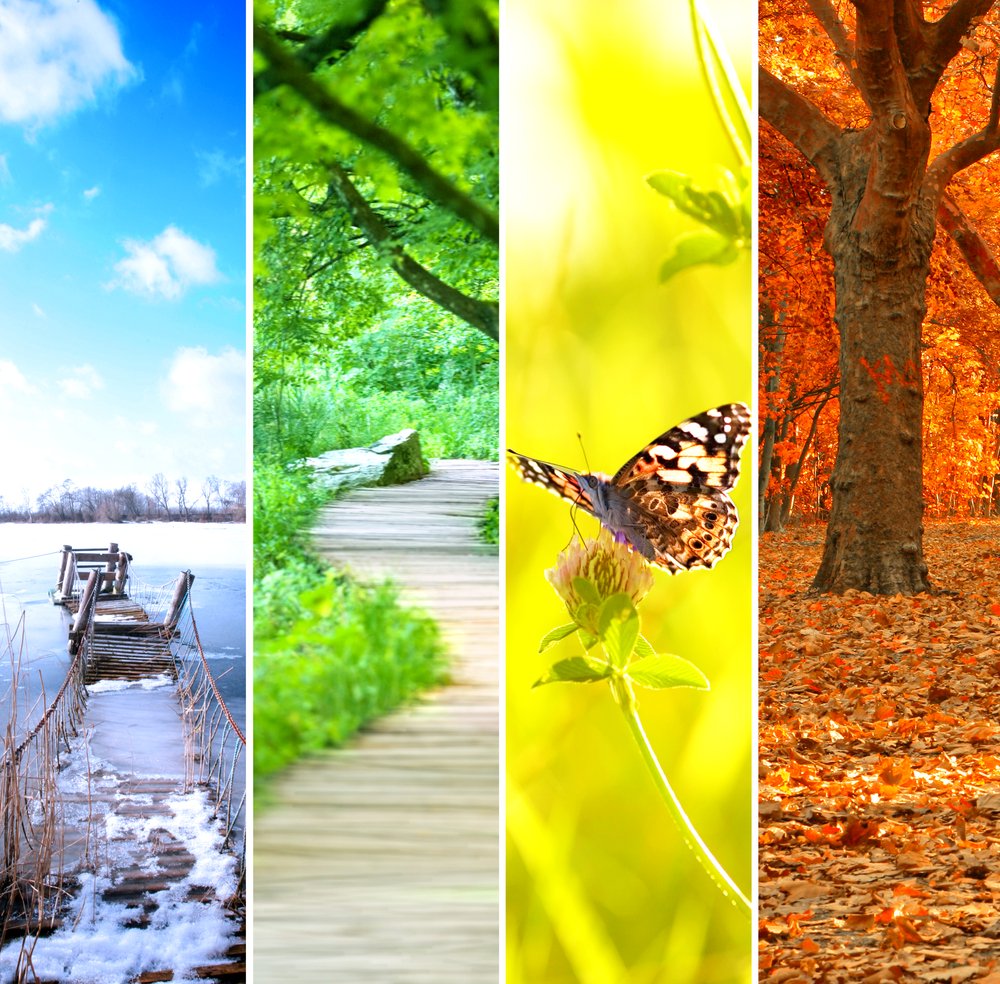 A sudden stop of Earth’s spin certainly wouldn’t stop seasons from occurring entirely, but it would have a marginal impact on the ‘way’ they behave. Currently, we experience a very smooth transition between various seasons; but in the absence of our planet’s spin, it wouldn’t be so comfortable, especially in the regions that lie on the Equator. Along the Equator, cities would experience fiery summers, while the areas facing away from the sun would face deadly winters. This would undoubtedly cause a tremendous change in the lives of humans, and many would succumb to these extremes. Also, for animals and other creatures, it would be even more difficult, as they would have a very hard time surviving in those conditions without any external aid (which they usually don’t have).

The result? Rapid extinctions of countless species across the globe.

So what? I’ll just go and live in the polar regions!

Unfortunately, that isn’t going to work out very well either…

Through all the years of evolution and the development of human societies, we have become so accustomed to the idea of seas, oceans, and their boundaries that we now take them for granted. However, what if I told you that the line marking the end of an ocean and the start of a landmass was dependent on the spin of Earth?

Actually, it is. You see, sea level has always been at equilibrium with Earth’s gravity (which pulls the water towards the center of the Earth). Furthermore, due to the rotation of the planet, an outward centrifugal force is generated, which makes a ‘bulge’ along the center of the planet. After millions of years of rotation on its axis, Earth acquired this bulge along its Equator, giving it the shape of a flattened sphere, or an ellipsoid (in technical terms).

No rotation would mean no centrifugal force, which would cause the oceans to start moving towards the poles, completely drowning the polar regions. In contrast, a gigantic landmass would emerge along the Equator of the planet, which would then be surrounded by two vast water bodies on either side.

Absence of a Magnetic Field

Due to the absence of the rotational motion, Earth’s magnetic field might also vanish. Without the magnetic field, we would be vulnerable to countless hazards (solar flares and other harmful radiation, just to start…) that the mighty sun would choose to throw our way. We have covered more about this fascinating battle between the Sun and our magnetic field in this article.

The good thing is, none of this is going to happen anytime soon; in fact, it won’t happen for millions, or even billions, of years. That’s definitely a relief!

That being said, it definitely teaches us one very important lesson…we should respect our calendars more and be grateful that this crazy world keeps spinning into tomorrow!