If the North and South Poles were flipped, the Earth’s magnetic field would be weakened. This would make the Earth more vulnerable to harmful radiation from the Sun. It would also make it more difficult for some animals to navigate.

Whenever there’s any talk about (hypothetical) dramatic changes in Earth’s equilibrium, especially from a geological standpoint, such as how would Earth fare without oxygen for only 5 seconds, what if the core cooled down, or if the planet stopped rotating altogether, more often than not, the end result would usually come out as some sort of terrible apocalypse.

Could such a reversal even occur in the first place?

Yes, it definitely could! As it turns out, Earth has already experienced a number of ‘pole reversals’ in the past. And yes, the reversal of Earth’s magnetic poles can still occur. In fact, pole reversals naturally occur every 450,000 years or so, on average. The last reversal occurred around 780,000 years ago during the Stone Age, when man was still learning a thing or two about making fire. What if the magnetic poles actually flipped?

According to Jean-Pierre Valet, who conducts research on geomagnetic reversals at the Institute of Earth Physics in Paris, the most dramatic impact of a magnetic pole reversal would be seen in the form of a diminished magnetic field of the planet. When the field is undergoing a reversal, essentially assuming the opposite polarity, it takes a certain amount of time to completely realign in the opposite direction. As with any geological process, the reversal of our planet’s magnetic field is not an immediate shift, but rather a slow, gradual event.

A pictorial representation of geomagnetic reversal process: Before (left) and during the process (Image Source: Wikipedia.org)

It’s during this transition that the magnetic field would be the weakest and would therefore be the toughest for Earth’s inhabitants to bear.

Earth’s strong magnetic field shields the planet from powerful, harmful radiation, such as Coronal Mass Ejections, or CMEs, which occur from time to time on the Sun and sometimes race directly towards our planet. We would be far more vulnerable to such emissions if we lacked a strong magnetic field.

Multiple holes in the ozone layer would form rapidly in Earth’s atmosphere as highly charged particles released from the Sun during these solar flares would bombard the planet. These holes, although not permanent, would dramatically increase the likelihood of diseases caused by harmful solar radiation, such as skin cancer.

Species that rely on magnetic fields for navigation, including whales, migratory birds, turtles and bees, would be dealt a serious blow during such a reversal. 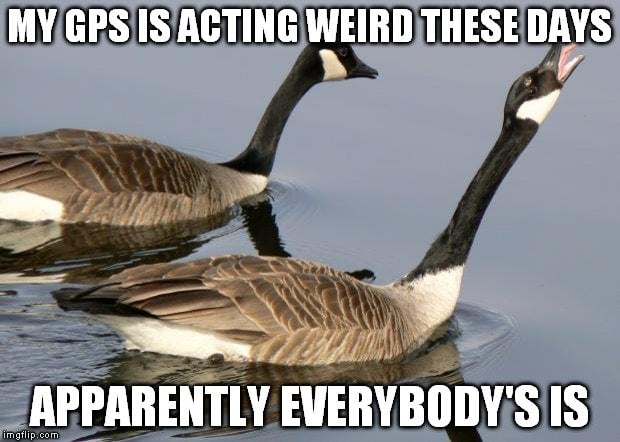 What About Human Extinction?

Although many unwanted and unexpected effects may result from geomagnetic reversal, it’s unlikely that it would cause a global apocalypse. According to Monika Korte, the scientific director of the Niemegk Geomagnetic Observatory at GFZ Potsdam in Germany, “Even if the field becomes very weak, at the Earth’s surface, we are shielded from radiation by the atmosphere. Similarly as we cannot see or feel the presence of the geomagnetic field now, we most likely would not notice any significant change from a reversal.” Geophysicists all over the world have begun to observe a downward trend in the strength of Earth’s magnetic field, indicating that we may already be in the early stages of our next reversal! All the causes and effects pertaining to geomagnetic reversal hypothesized by researchers are, at the end of the day, hypotheses. As of now, we don’t really know for sure what would prevent a field reversal or protect us from any of its ill effects. In other words, go ahead and make your plans for sea voyages without the fear of your compass needle suddenly pointing towards Antarctica.