The rattle of the rattlesnake is formed in hollow interlocked segments made up of keratin, the same material that constitutes a human nail. The segments fit loosely inside one another at the end of the serpent’s tail.

Imagine walking through a sweltering desert, a lone captive in the sea of sand. There’s no one around for miles. The sun shines on you mercilessly—like summer in Algiers—only worse. The only discernible sounds are of gusty winds and your feet shoveling the sand. Suddenly, you hear a startling sound nearby—a rattle.

Given how proficient rattlesnakes are at being cryptic by means of camouflage, you likely won’t be able to seek the source of this sound. However, you sense it sneaking up on you, lurking beneath the torrid sand, in a coiled-up position with its head held high in the air. Panic sets in. 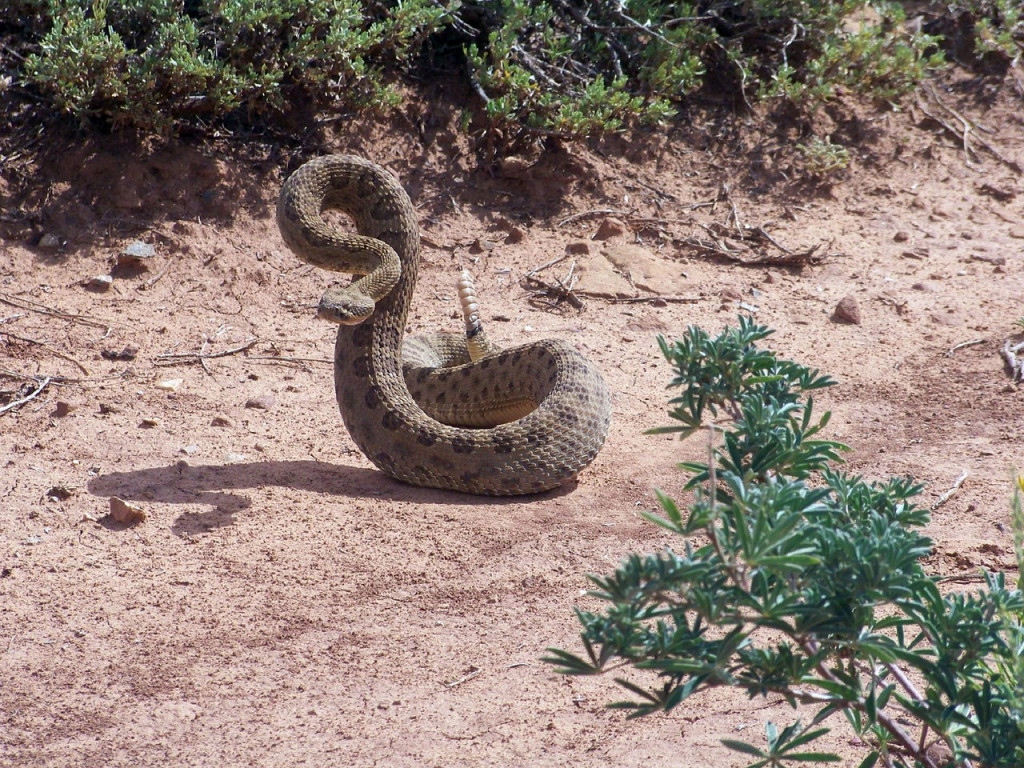 The word ‘rattlesnake’ itself fill the hearts of many with fear and anxiety. Despite their fearsome persona, we can’t help but appreciate them. They are highly specialized predators with unique rattling extensions at the end of their tail.

Besides the trademark hissing, rattlesnakes have an additional gesture that sends chills down the spine.

This distinctive feature, of course, is their namesake—their signature rattling.

Science Of The Rattle

The rattle appears to be ‘attached’ to the tip of a rattlesnake’s tail. The rattling sound it makes resembles a maraca, which begs the question: does it work like a maraca?

The rattle is formed by hollow interlocked segments made of keratin—the same material that constitutes a human fingernail. The segments are fitted loosely at the end of the serpent’s tail. They are jiggly in nature and click against one another when moved. As the snake erects its tail and vibrates its muscles, these segments collide with each other to produce the recognizable rattling sound. 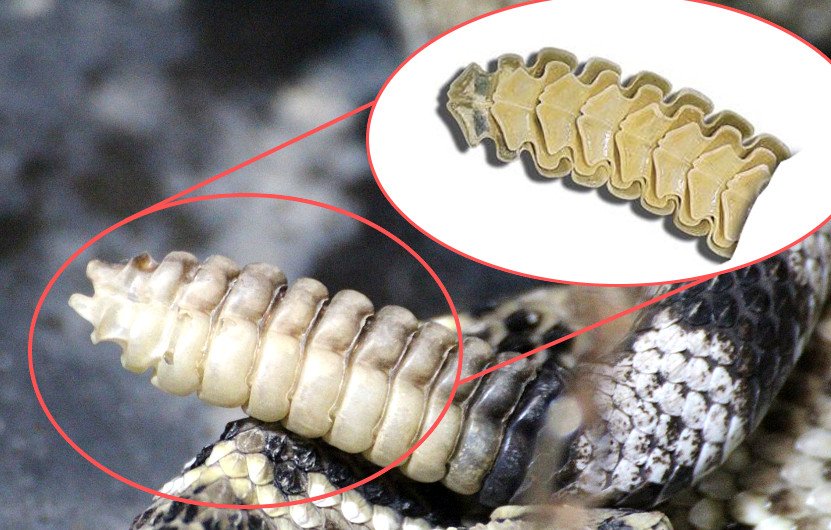 Rattle is basically made of hollow interlocked segments of keratin. (Photo Credit: Pixabay)

Because the structure is essentially hollow, the sound waves bounce off the walls and generate a distinct amplified rattling sound. This is similar to the echo produced inside a cave. The bigger the cave (the hollower rings, in the case of a rattlesnake) the greater the amplification, i.e., the louder the echo (rattle).

How Do Rattlesnakes Rattle?

Now, this big and hollow chamber cannot get the job done all by itself. That’s where the powerful tail muscles come into the picture. Rattlesnakes are endowed with three powerful vibrating muscles: the supercostalis lateralis, iliocostalis, and longissum dorsi located at the base of their spine.

As the snake starts to shake its tail, undulating waves travel down the length of the rattle. The rattling is so vigorous that these movements appear blurry to our naked eye. Using these muscles, they can shake their tails 50 to 100 times per second. Yes, PER SECOND! 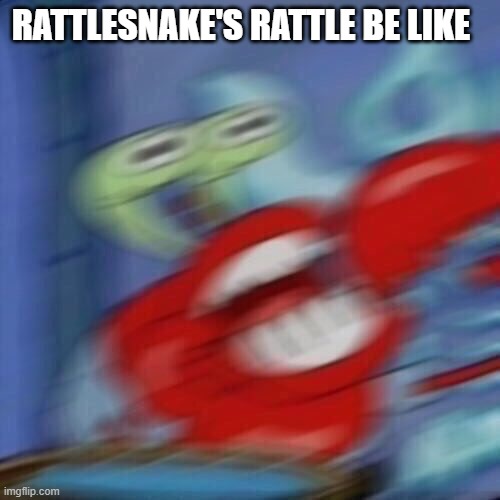 It is one of the fastest muscle contractions observed in the wild, comparable to a hummingbird’s wings flapping. And rattlesnakes can keep this rattling going for a couple of hours! Kevin Conley, a zoologist at the University of Washington, has rightly quipped that “Rattlesnakes combine the speed of a sprinter with the endurance of a marathoner“.

Decoding The Physiology Behind Rattling

Despite vigorous rattling, this serpent expends only a fractional amount of energy. Perhaps that’s why rattlesnakes can unremittingly rattle for a few hours. Physiologist Stan Lindstedt, along with his team of researchers at Northern Arizona University, studied rattlesnakes by placing them under an MRI (magnetic resonance imaging) scanner. They observed that the snakes spent a surprisingly low amount of energy per shake.

They postulated two reasons for this. First, the muscles exert only a small amount of force for crackling. Second, they don’t rely solely on oxygen for fuel. Although they couldn’t support their claims with incontrovertible evidence, they posited that rattlesnakes rattle not by contracting muscles on the side of the tail towards which the rattle moves, but by using their muscles as a brake. In a way, it functions like a slingshot. The energy required for slowing down the muscle is stored in the form of elastic potential energy (like a spring), and thus becomes available for movement in the opposite direction.

Rattling Potency Is Not By Birth

A rattlesnake is not blessed with this equipment from birth. Instead, these snakes are born with what is called a pre-button or first button—a single rigid segment of keratin. Snakelets, i.e., baby snakes, cannot rattle with this single-layered keratin chamber. It is only after the formation of the second and additional shells that the rattling becomes audible.

As the young snake sheds its skin after a few days, it also acquires a new button. The shells then successively increase each time it sheds its skin. These rattle rings keep adding over time, like Russian stacking dolls. Unfortunately, they cannot keep hold of these layers for very long. Being somewhat fragile by nature, rattlesnakes lose them in battles, have them bitten off by predators, or damage them while sliding down rocky paths. Rattles rarely make it past 10-12 rings before some layers start to break off. 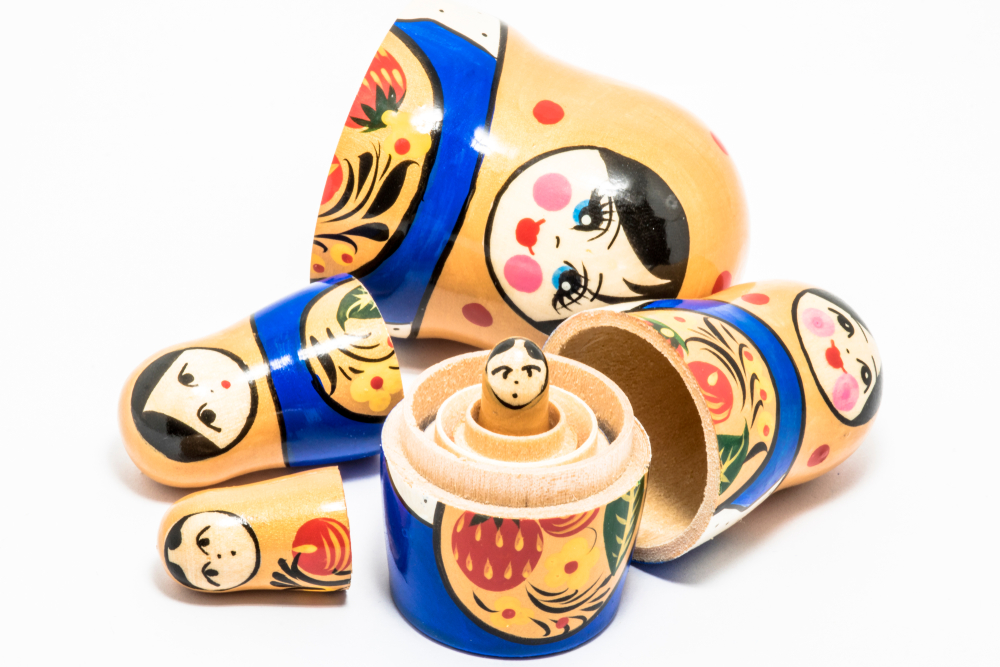 Layers of rattle rings form one inside another like Russian stacking dolls (Photo Credit : Alf Ribeiro/Shutterstock)

Why Do Rattlesnakes Rattle?

The appearance of a rattlesnake in itself inspires fear for many humans and animals alike. They are infamous for being venomous. A single bite from these serpents would typically put you on a hospital bed.

Biting is not really the first resort of rattlesnakes. Their defense actually starts with rattling. Rattling serves as a loud warning that the serpent is unhappy with your presence in its vicinity. Thus, rattling is a way by which these snakes tacitly tell the intruder to retreat from its territory. The snake has evolved to possess a highly sophisticated warning mechanism to caution approaching enemies. In fact, rattlesnakes are considered the newest and most evolved snakes in the reptile family.

The high-pitched rattle accentuates the snake’s petrifying hiss. Other than these complex mechanisms, rattlesnakes also coil their serpentine bodies and raise their head in the air to demonstrate resistance to intruders. 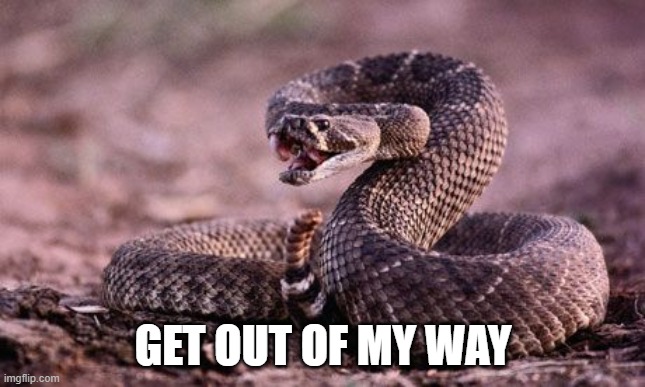 Despite having the ability to produce such an intimidating rattling sound, rattlesnakes desist from doing so under some circumstances. They are basically ambush predators. For that, they need to keep a low profile and avoid being detected by their prey. Remaining unnoticeable and silent is indispensable for them to be a successful predator. Rattling would obviously alert any prey nearby of their presence. Therefore, rattling is something that rattlesnakes want to avoid—unless it is absolutely necessary—like to fend off enemies.

When they slither around, they make sure their rattle tail operates in silent mode. They activate this “mode” by holding up their rattle in the air so it does not come in contact with the ground or any other obstacles as it slithers on its way. 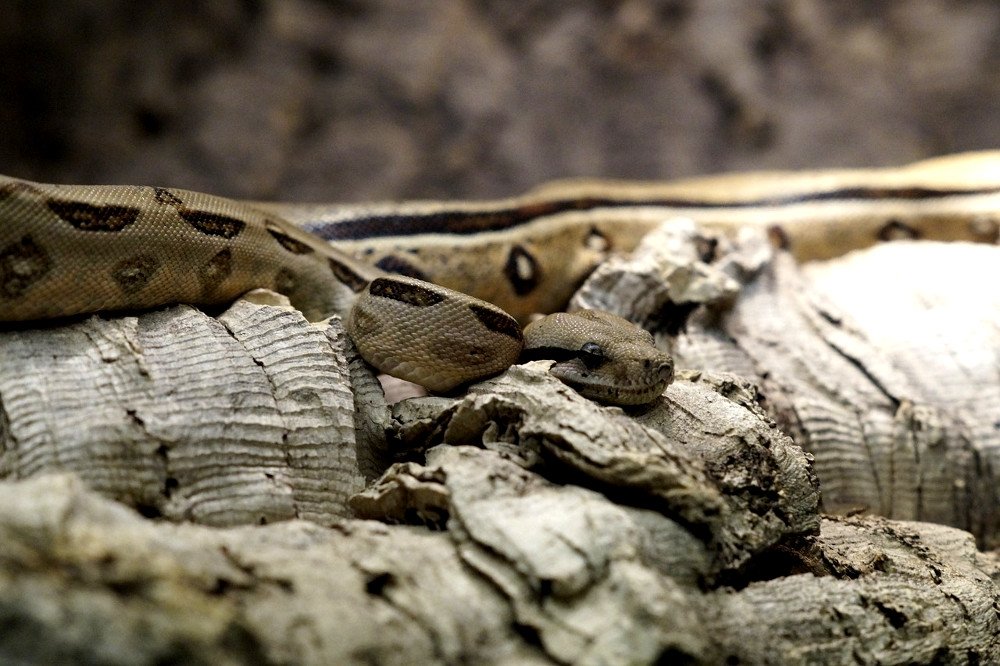 How Dangerous Are Rattlesnakes?

Camouflage is another characteristic of rattlesnakes, reinforcing the fact that they do not really want to interact with the rest of the world except when they’re in search of food. As they often live in disguise to hunt prey, humans sometimes inadvertently end up stepping on them. Although rattlesnake bites are dangerous, the recorded fatality rate from their bites is quite low. With proper medical care, snakebites are normally cured and patients can recuperate.

The venom of most rattlesnake species is mainly composed of hemotoxins, which typically impair the functioning of red blood cells (RBCs). The bite could result in internal bleeding, temporary muscle damage, and excruciating pain in the bitten area.

However, a few rattlesnake species like Mojave and Speckled varieties have even more potent venom. It contains neurotoxins that react much faster and targets the nervous system. Symptoms of a neurotoxic bite are also more severe. It often impairs vision and makes it difficult to breathe and speak. 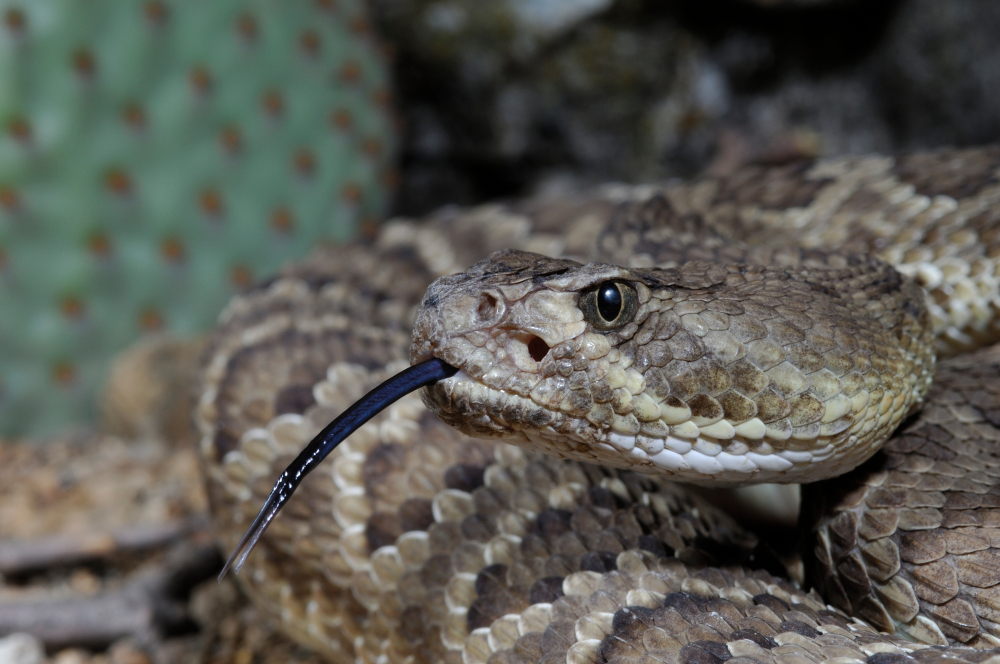 Also Read: How Do Snakes Digest Their Food Without Chewing It First?

Thus, it is highly recommended to be alert when going on a hike, especially in regions like Arizona, where many species of rattlesnakes are found in abundance. Never attempt to kill a snake, no matter how small it is. And whenever you hear the rattle, it’s a clear sign to move away from the area. Despite these basic precautions, if you end up getting bitten by a rattlesnake, you should immediately rush to the nearest hospital. Never rely solely on basic home remedies and delay formal medical care in the event of a snakebite. In the worst cases, such a decision could turn out to be fatal.

Do you remember why rattlesnake rattle?