Snakes produce venom in their mouths to help them digest their prey. Venom is a fluid made up of proteins, which can be harmful to humans if it is injected into our flesh. Snakes are not harmed by their own venom when they digest it.

The moment we think of the word ‘snake’, the thing that strikes most people’s minds is venom. While most of us have a good understanding that venom can be lethal or cause us harm, have you ever wondered whether a snake can be affected by its own venom?

If snake venom is produced in the mouth, can the snake be affected by swallowing it accidentally? And to top this all off, can a snake self-inject venom and harm itself? To answer these questions, let’s start with how and why snakes produce venom in the first place.

Snake venom is a fluid secretion produced in the salivary glands, which are specially modified in venomous snakes. The primary purpose of venom is to immobilize prey and aid snakes in their digestive process. 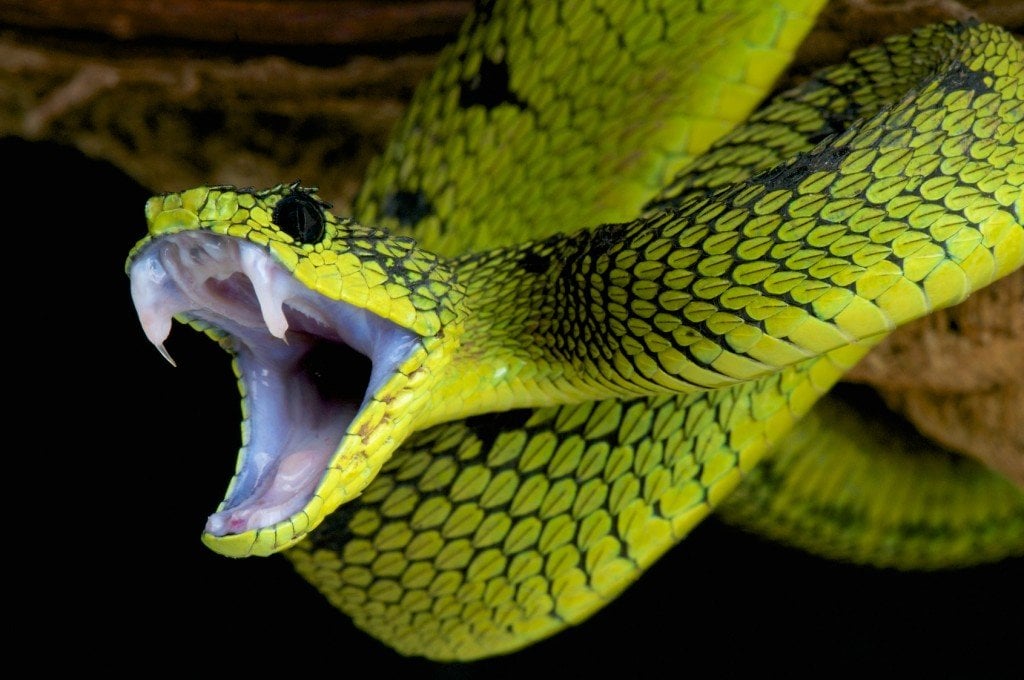 The central component of snake venom is protein. These toxic proteins are the cause of the harmful effects that arise from snake venom being injected into flesh. The venom also contains special enzymes that help break down large molecules at a fast rate, which further aids in snake digestion. The enzyme aids in the breakdown of carbohydrates, proteins, phospholipids and nucleotides in the snake’s prey.

An additional component present in snake venom are polypeptide toxins. These polypeptides are the elements that give such a poisonous punch to the venom. Polypeptides are chains of amino acids containing 50 or fewer of these base components. Polypeptide toxins disrupt cell function and can even lead to cell death. Specific toxic components of snake venom are found across all venomous snakes, in general, while certain toxins are particular to specific breeds of snakes.

The most common injection method for venom is the use of fangs. Fangs are highly effective in their delivery mechanism, as they are able to pierce tissue and allow the venom to flow into the inflicted wound. However, there are also other kinds of snakes that have developed different adaptions to deliver venom, such as spitting or ejecting venom. Spitting or ejecting venom serves the purpose of a defense mechanism, rather than a form of attack towards prey. 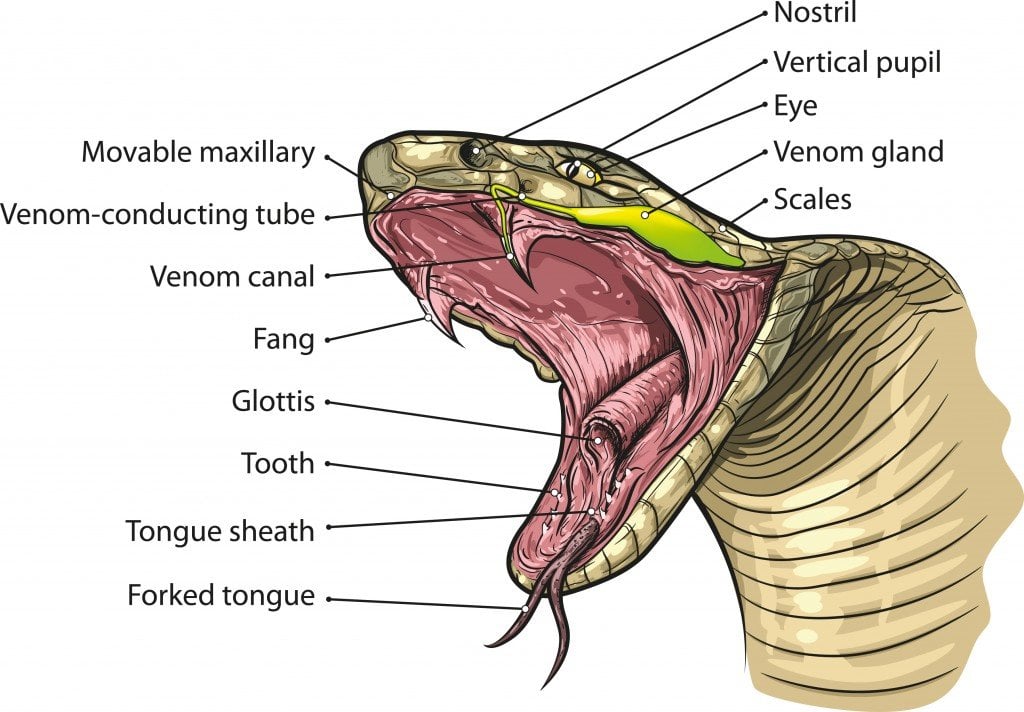 The venom injection mechanism in every snake is nearly the same and contains four main components. The first is venomous glands. These specialized glands are primarily found in the head, specifically in the back of the throat. Their primary purpose is for the production and storage of venom. Another major component are the muscles present in the head, which are powerful and serve a dual purpose. They help clamp down on and pierce the prey, while also helping to regulate the amount of venom being injected. The final two critical parts are the ducts and the fangs. The ducts provide a pathway for the venom from the glands to the fangs, while the fangs are modified teeth that have hollow canals through which the venom flows out.

Does it kill or not kill? 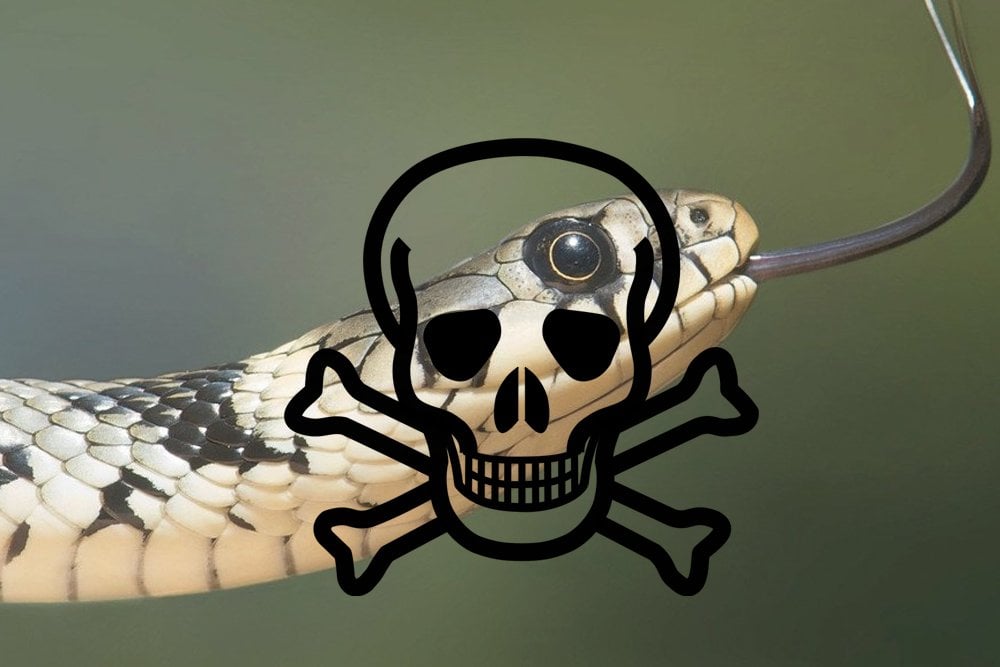 Can a snake be lethal to itself?

The first primary question is, since the venom is present in the salivary gland, what would happen if the snake digested it?

Well, the answer is that venomous snakes ARE NOT harmed by any venom when they digest it, because the primary component in venom is protein. For protein toxins to be potent, they must either be injected or absorbed into the body tissue or bloodstream. Ingestion of snake venom is not harmful for the simple reason that these harmful toxins will be broken down by the stomach acid and digestive enzymes into their primary harmless forms.

However, that isn’t the case if the venom were to enter the bloodstream of a snake either through another snake biting it or the snake biting itself. The direct entry of venom into the blood would have the same effect on the snake as it would on its prey.

In a nutshell, a snake can commit suicide by biting itself, provided that it bites itself in such a way that the venom directly enters the bloodstream. 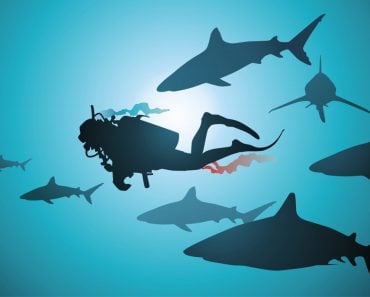