If someone asks you to ‘fax’ them a copy of a document for college or work, you’d probably reply back incredulously—Why in the age of the Internet should anyone be faxing something? Hold on to your horses, as fax isn’t dead yet. Granted, their usage is nothing like it used to be in the 1980s or 90s, but thousands of fax machines are still sold every year in the US alone. So, according to technology historian Jonathan Coopersmith, it’s still way too early to regard fax as a relic of the past. In fact, a fax is probably being sent somewhere for some reason at this very instant! 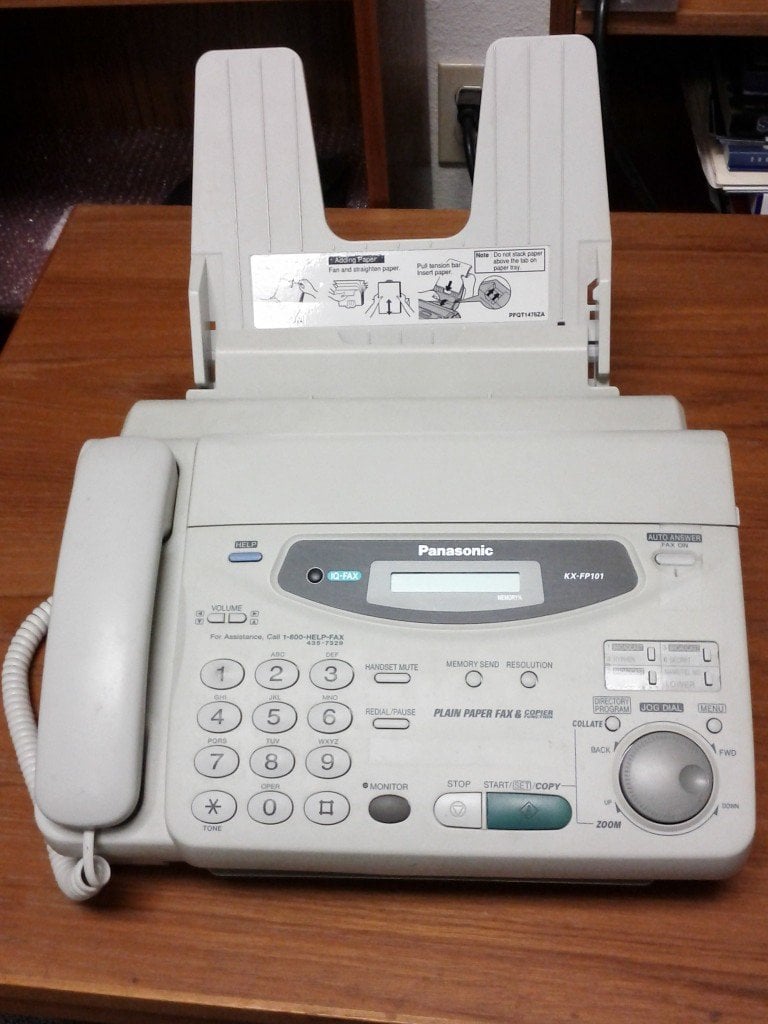 Where is fax still used?

Surprisingly, fax machines are still used routinely in many places. In fact, faxes were once at the forefront of communication technologies. Even today, it is regularly used by law enforcement agencies for bail postings or the deliver of public records. Similarly, the healthcare industry still largely uses fax machines. There were numerous attempts to upgrade them with better alternatives, but thanks to the regulatory confusion, the phobia of online security, and stubbornness to change, fax machines are still churning and working all across the globe.

Although the use of fax machines peaked in the 1980s and 1990s, very few people know that fax machines have actually been around since the 19th century. In fact, fax technology was well ahead of its, time considering that the next widespread method to send scanned images/documents electronically, i.e., email came nearly 100 years after the first device that could send a facsimile message.

Based on a design by Scottish inventor Alexander Bain, the first facsimile message was sent over telegraph line in 1847. It is still debated if it was the “first fax”, because during that period other inventors, including Thomas Edison and Alexander Graham Bell, were seeking to pioneer facsimile technology that had the power to be the next big thing in the communication industry. By then, telegraphs had facilitated messaging across great distances—albeit with a limitation—one letter at a time. However, the people wanted a technology that could allow them to send copies not just of text, but also of images/documents, and be able to do it at higher speeds. This was one of the biggest motivations for eminent inventors of that era to strive for a facsimile technology. French novelist Jules Verne prognosticated Paris of the 1960s to be brimming with fax machines—making such a prediction in his writing in the 1860s!

Fax technology turned out to be one of the most important revolutions in communication technology. Americans first came to know about fax machines during the famous New York World’s Fair of 1939 where a fax machine sent images for newspapers at the rate of 18 minutes per page—a lighting-fast speed at that time. 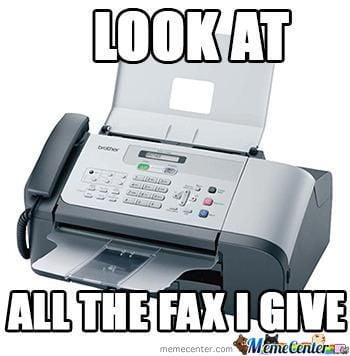 However, it was only after a few decades that the use of fax picked up in offices around the world. Fax machines brought about major improvements in the speed of business transactions, allowing companies and individuals to disseminate documents quickly and broadly. Someone in an office in China could, in a matter of minutes, send an important business document to an office in the US.

Even so, its reign was short-lived. The invention of the internet diminished the utility of fax machines. In fact, in 1995, MIT Media Lab founder Nicholas Negroponte said that fax machines would no longer be relevant in the modern technology landscape. Several years later, his prediction turned true as the demand for fax machines began to wane.

Although the sales of fax machines are on the decline, sectors like law enforcement and healthcare still rely on fax machines for day-to-day activity. This is due to rigid regulatory frameworks, concerns over the security of digital systems, and plain old resistance to change.

Why is fax still used?

Faxes are used in both routine and high-stake situations by doctors. In fact, according to one estimate, nearly 3/4 of medical communications occur via fax! Many millennials taking up medical studies are flummoxed by the use of fax machines in the age of the Internet. Some have vehemently expressed their discontent over the use of what they call “an ancient technology”. Despite the confusion and outrage, fax use hasn’t abated much in the healthcare realm. Many blame this on the interpretation of a clause in US health privacy law, HIPAA, which obligates health providers to take stringent steps in safeguarding the information of the patient. This rule explicitly mentions fax and not email (or other electronic medium), so many health providers interpret it that all medical records must only go through fax.

Another major deterrent for hospitals to switch over from fax to a more advanced electronic medium is the fear that hacking computers is easy. They feel that a fax machine is more robust when it comes to being attacked by perpetrators. This is why a start-up called PatientBank failed in its mission to establish a healthcare system wherein patients could share and receive medical records digitally, instead of relying on an anachronistic technology like fax machines.

Some experienced medical practitioners vouch for fax due to its interoperability—people with different technology platforms can communicate smoothly via a single uniform technology.

Obviously, faxing gives a certain joy because of its retro functionality, but at the institutional level, it’s time that fax machines are replaced with more advanced and better systems. Doctors need to have immediate access to medical records, police shouldn’t have to wait several minutes to get photos of suspects via fax for rapid action, and the FBI needs to reply via mail! Fax machines can still play a role in offices as a backup, in the case of the failure of digital/electronic systems, but it shouldn’t be the end-to-end communication method. We have developed much more efficient communication technologies since the advent of the internet, and we should be applying them more widely to the betterment of all!