A photocopier relies on the principles of electricity and photoconductivity. There is a light-sensitive photoreceptor inside the machine that first attracts and then transfers toner particles onto plain paper to form a copy of a document.

A photocopier relies on the principles of electricity and photoconductivity to work. There’s a light-sensitive photoreceptor inside the machine that first attracts and then transfers toner particles onto plain paper to form a copy of a document.

Origins of the photocopier

In the pre-photocopier days, duplicate copies of a document were usually made at the source, either by using carbon paper or manual duplicating machines. People were happy with how things worked, and no one really thought that a photocopier could ever exist. However, Chester Carlson, the man who invented the photocopier, had different plans for the world. 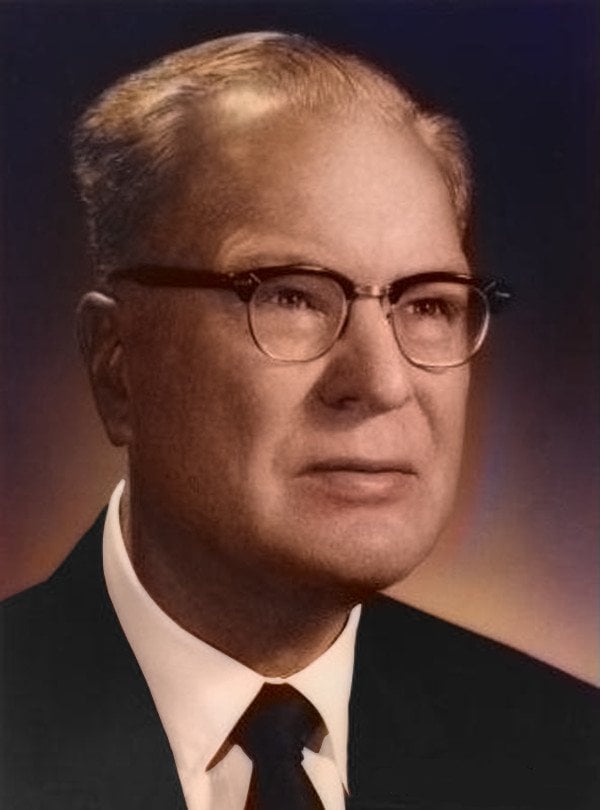 He was actually a patent attorney, and only a part-time inventor. His work at the New York Patent Office required him to make multiple copies of important documents, which he not only found extremely tedious and boring, but also discomforting, as he suffered from arthritis.

​He conducted experiments of photoconductivity in his own kitchen, made the first crude design of a copier, and applied for a patent in 1938. He then approached numerous companies, including General Electric and IBM, all of which turned him down, citing that since there were already a few methods available to make duplicate copies of documents, no one would be interested in buying a copier. 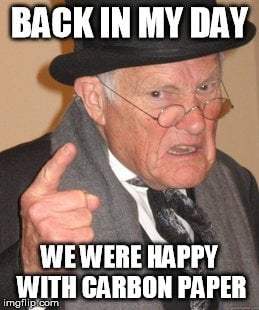 However, Carlson contracted with a non-profit organization called the Battelle Memorial Institute to further his research and refine the technology. After some time, a New York-based seller of photographic paper obtained a license to produce and market a copying machine; subsequently, in 1949, the first xerographic copier called the Model A was launched.

A photocopier works on two fundamental principles: the fact that opposite charges attract and the tendency of certain materials to become more electrically conductive after absorbing electromagnetic radiation, such as UV, infrared, visible light etc. (photoconductivity).

Most modern photocopiers rely on a technology known as xerography, which is essentially a dry photocopying technique. It involves using electrically-charged particles to attract and then deposit toner particles onto a piece of paper. 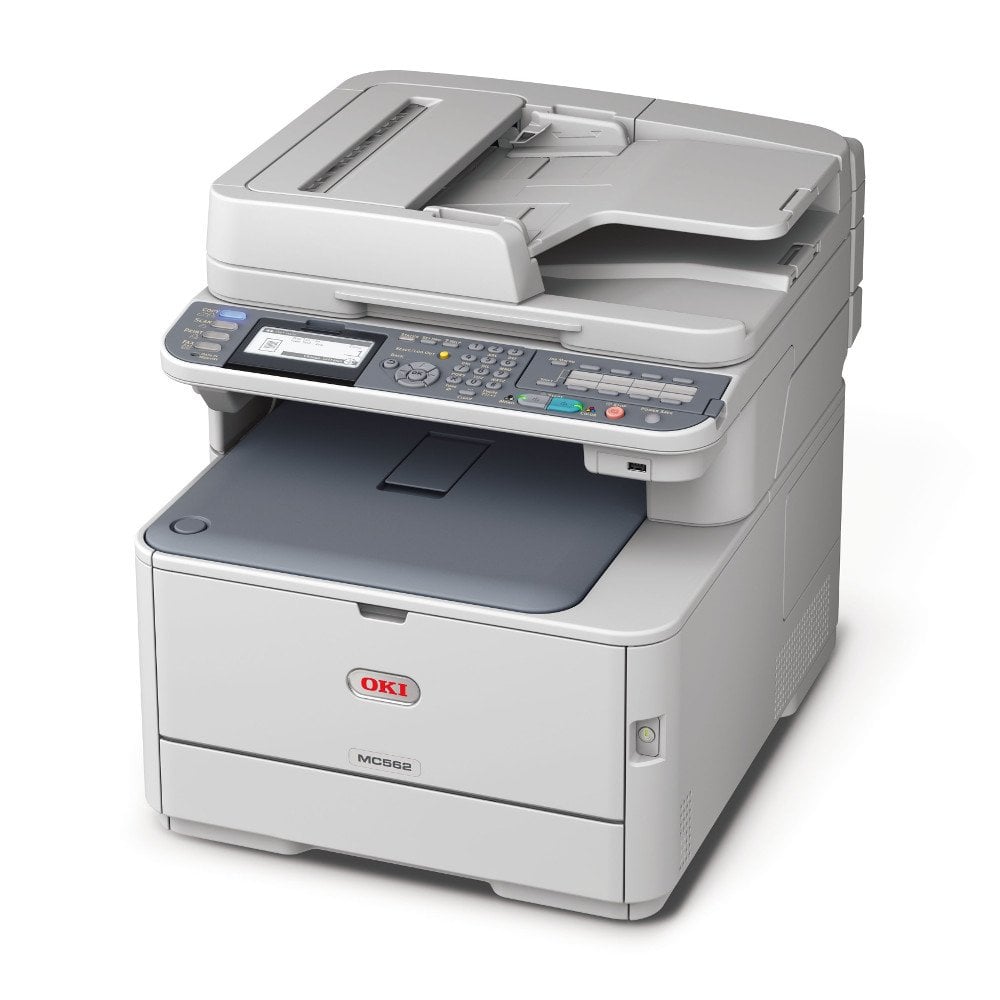 A photocopier works on a ‘dry’ photocopying technique, as it does not use any liquid chemicals. (Photo Credit : OkiUkraine / Wikimedia Commons)

Parts of a photocopier

A typical photocopier (also casually known as a ‘xerox machine’) consists of the following components:

A photoreceptor drum (or belt), which is covered by a layer of a semiconductor material, such as selenium, silicon or germanium. This is arguably the most critical part of the machine.

A toner, which is basically just pigmented liquid. Sometimes referred to as ‘dry ink’, a toner is a dry mixture of fine, negatively-charged plastic particles and coloring agents that create the duplicate image on a piece of paper. 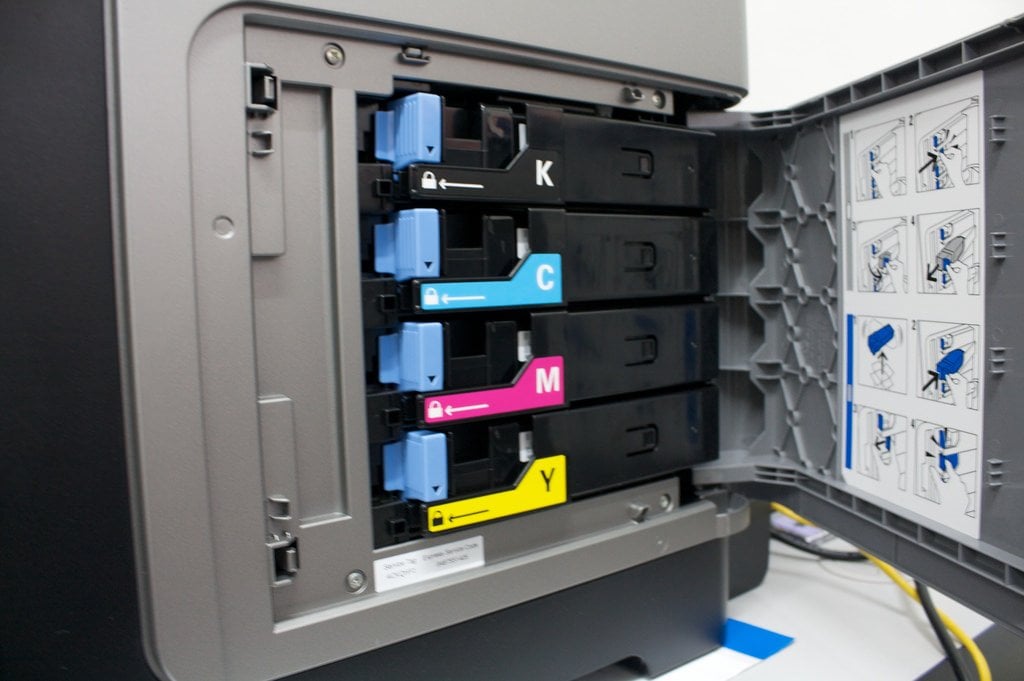 Corona wires, which when subjected to a high voltage, transfer a field of positive charge to the surface of the photoreceptor drum and the copy paper.

A light source and a few lenses, which shine a bright beam of light on the original document and focus a copy of the image onto a specific place, respectively.

A fuser can be considered the ‘final’ main component of a photocopier, as a fuser unit melts and presses the toner image onto the copy paper and imparts the final touches to the duplicate image just before it’s ejected from the machine.

How does a photocopier work?

To begin the photocopying process, the top lid of the photocopier is opened and the master copy is placed face-down on the glass surface, where a bright light beam will scan the entire document. White areas on the paper reflect more light, while black areas reflect little or no light. An electrical shadow (or image) of the master copy is formed on the photoconductor. 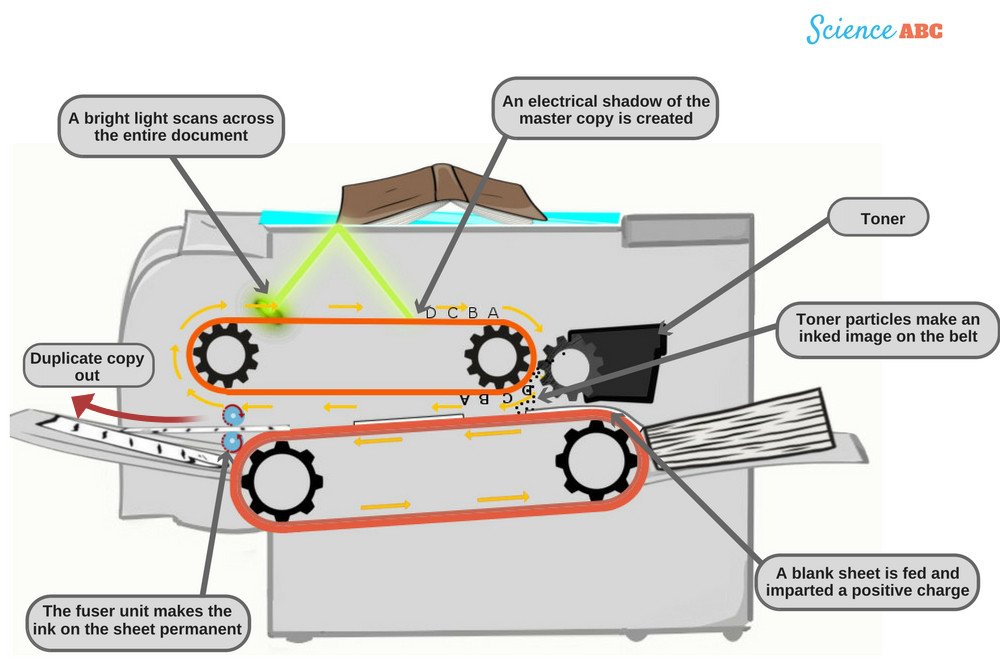 A blank piece of paper is fed into the photocopier from the other side, which slowly moves towards the photoconductor belt. As it moves on the conveyor belt, a strong positive charge is imparted to it. The strong positive charge of the blank paper pulls the negatively-charged toner particles towards itself. Consequently, a duplicate image of the master copy is formed on the blank paper.

Finally, just before spitting the paper out, a fuser unit (a pair of hot rollers) supply heat and pressure so the toner particles are permanently attached/fused onto the paper. This is why a freshly ejected duplicate copy is quite warm to the touch. 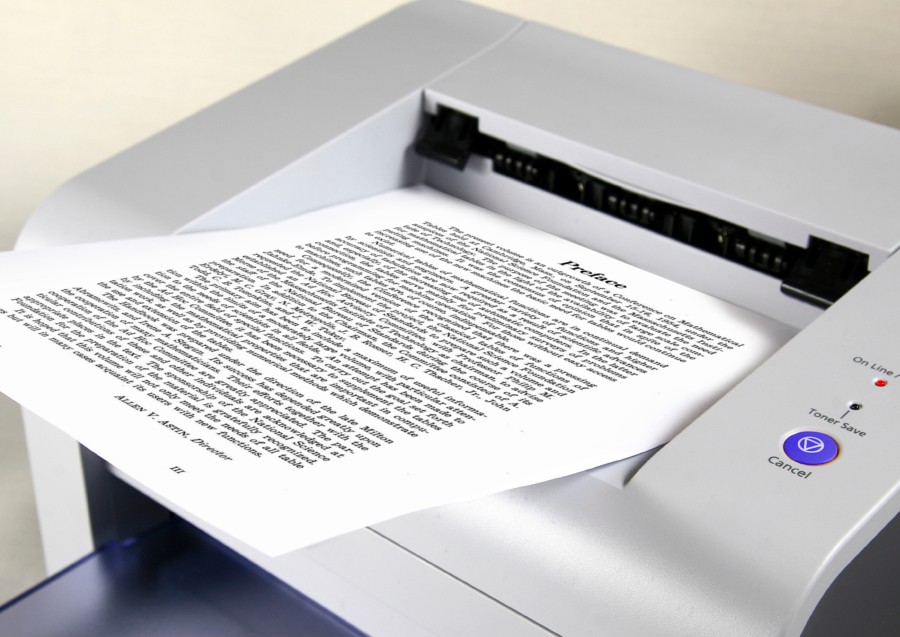 A freshly ejected duplicate copy is quite warm to the touch