Currency bills or notes have the EURion Constellation on them, which photocopiers can detect easily and thus refuse to print copies so as to curb counterfeiting.

As a child, this question bothered me more than once. If money was just made of pieces of paper, why couldn’t you simply make copies of it? We could just print out more color copies using a laser printer, right? With our technology, we could scan a bill and then print it in high definition. In fact, with state-of-the-art 3D printers, our printing prowess is on an entirely different level!

It may seem like an easy way to get rich, but you won’t be able to do it successfully. Not just legally, but also literally. Yes, you cannot copy money using the photocopy machine! If you try to print currency notes using any modern printing or scanning devices, they will refuse to assist you in this criminal endeavor. Some might even completely shut down! No matter how much you crumple or fold the note, the machine will still detect the fact that you are trying your hand at counterfeiting. 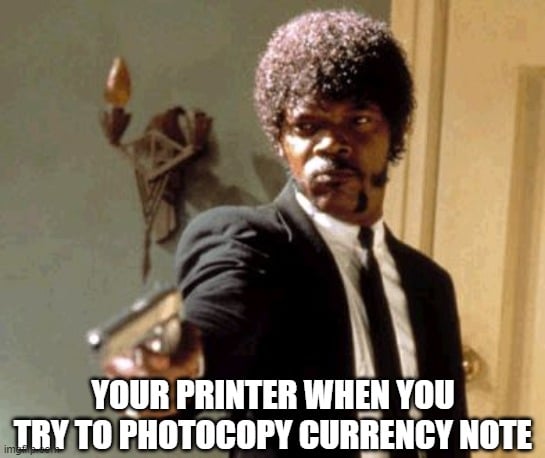 But how does that even work? What is it about currency notes that have the power to stop a machine from functioning? Well, the answer to this lies in the stars… not literally this time, but figuratively!

When a new color photocopier machine by Xerox first arrived in Cambridge University’s lab at the turn of the millennium, it became the center of interest for all the budding computer scientists at this prestigious institute. One of the scientists who was particularly smitten by this new machine was Markus Kuhn, a Ph.D. student back then. He felt that the best use of this new-fangled machine would be to print money! Along with his batchmates, he attempted to photocopy a banknote… 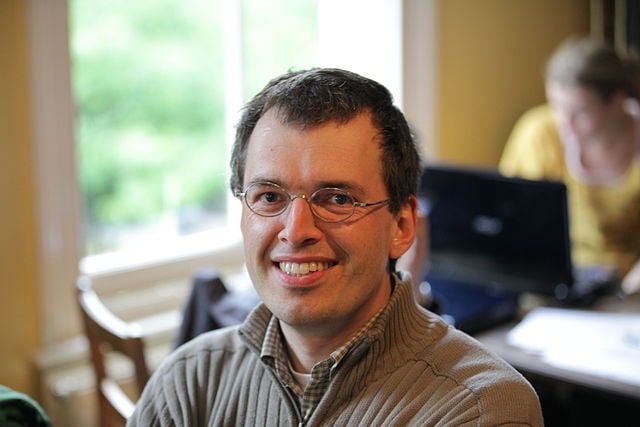 Kuhn took a 20-pound British banknote from his pocket and put that on the glass surface to scan. He closed the lid of the photocopier and clicked the copy button on the side of the printer. The photocopy machine whirred. At the output slot, there was no reproduced banknote copy, but rather a note with a warning in a few popular languages. The warning was that the printer had detected banknote currency and stated that it is illegal to copy currency using the photocopier.

This surprised Kuhn and his company. They wondered how in the name of Gates and Jobs this printer had detected banknote currency! Kuhn was particularly intrigued by the strange behavior of the photocopier. He started investigating that banknote to get some clues. Kuhn figured out that there was a recurring pattern of circles on the banknote. 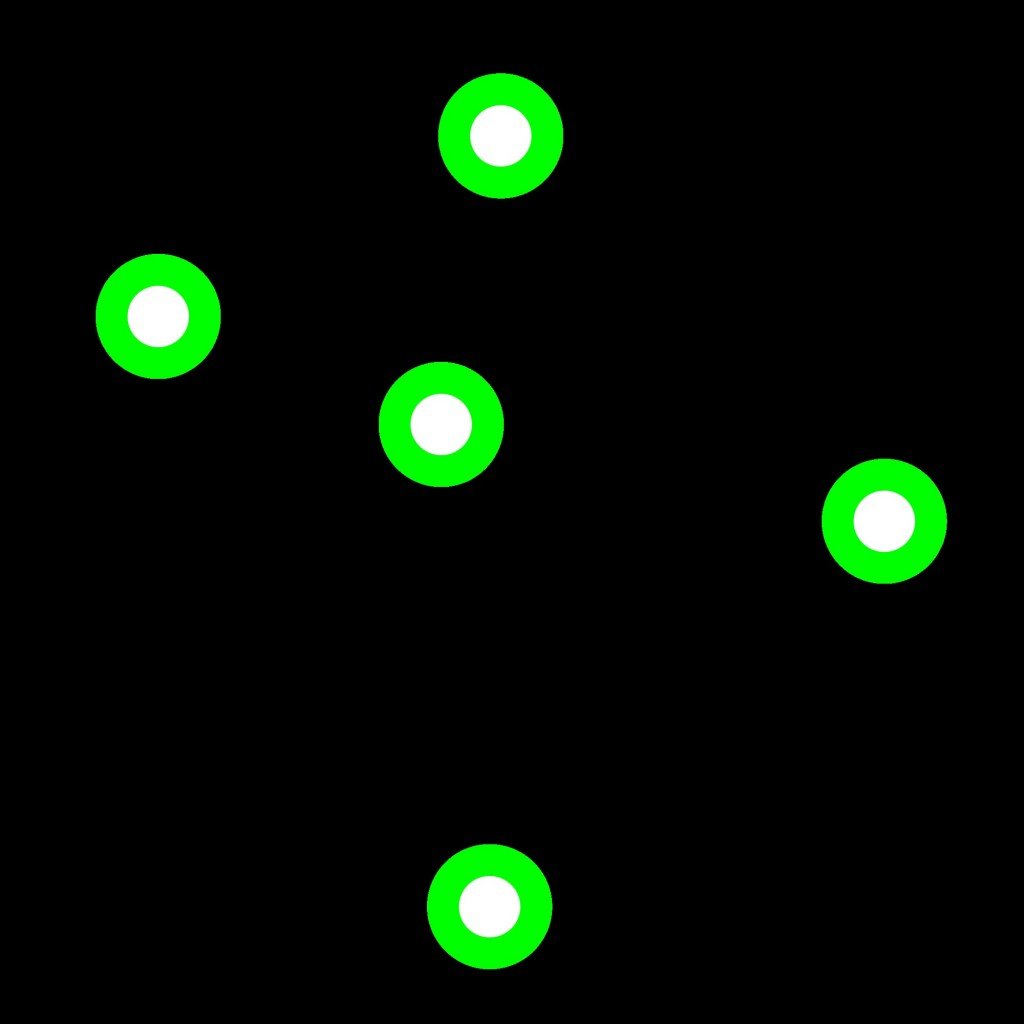 Since the time the photocopier machine was invented, central banks were wary about its potential misuse in forging currency bills. They managed to come up with a safeguard mechanism very early to prevent forgery. They issued special orders to Xerox and other imaging companies to make sure that their machines could not be used for counterfeiting currency bills.

It’s actually quite interesting how governments and central banks across the world managed to accomplish this. The main defensive weapon used to deter counterfeiting endeavors was through the use of the EURion constellation. 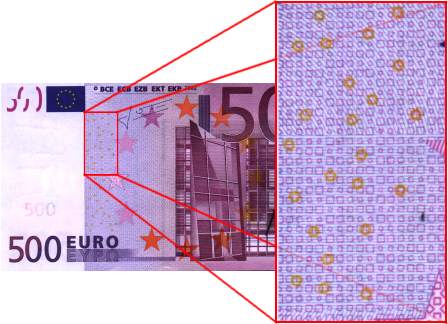 Well, photocopiers have a way to detect that what they are copying is actually money. This is because all the major economies in the world have adopted this or a similar pattern, the EURion constellation, on their currency notes.

The EURion constellation is a pattern of disjointed circles that is visible on most banknotes. If they are not clearly circles, then the pattern can also be disguised as numbers or musical notes! 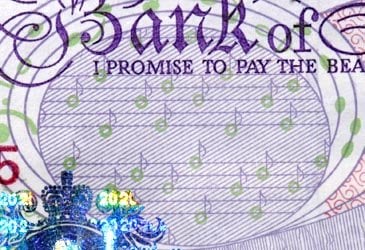 The EURion constellation is a pattern of symbols incorporated in the design of many banknotes around the world. Although there is no certainty on the time when banks started to implement this feature, experts reckon that this has been in practice since the mid-90s.

So, as you can see, global governments were successful in keeping this pattern a secret for quite a few years. It was only in 2002, when computer scientist Markus Kuhn discovered this eccentric pattern, that their secret was exposed.

Most photocopiers will detect this EURion pattern and stop printing immediately in an attempt to stop counterfeiting attempts. Quite a nifty little trick, right? Well, today, there is an even more robust security feature in place that even prevents you from using currency note images on popular imaging software, like Adobe Photoshop and Paint Shop Pro! 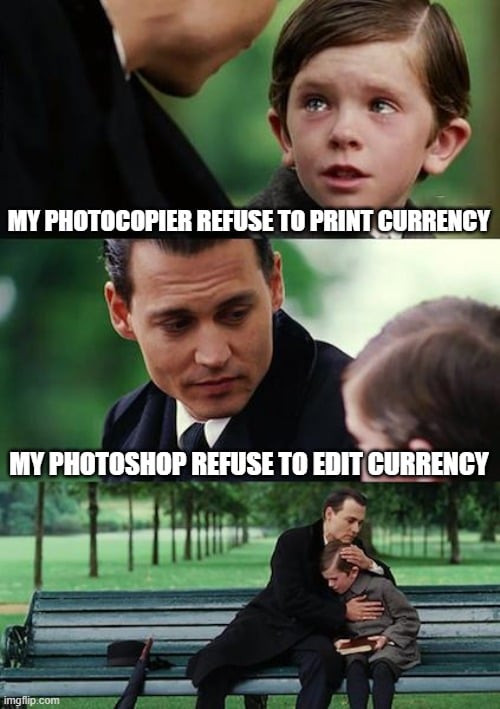 If photocopiers denying your mala fide attempts to copy banknotes is exasperating, then I have more bad news for you! Central banks across the world have collaborated with each other through the Central Bank Counterfeit Deterrence Group (CBCDG) to restrict any attempts to forge their currencies. By collaborating with each other, they came up with an even more robust counterfeit deterrent technology called Counterfeit Deterrence System (CDS), in addition to the EURion constellation. With CDS, not only will your photocopier deny the printing of banknote currency, but even your Photoshop software would refuse to work on images of currency bills. This means that you cannot open and edit banknote photos in popular image-editing software programs.

Steven Murdoch, a computer scientist and disciple of Kuhn (the man who identified EURion constellation), discovered that popular image-editing software was detecting currency using an algorithm not limited to the EURion constellation. They are probably also using a digital watermark inside the currency that is invisible to our unaided eye. Murdoch figured out that the method for doing this can be seen in the patent filed by Digimarc, the company that is supposedly behind the development of CDS.

Adobe has acknowledged that their software is indeed using CDS to prevent users from editing images of real currency. Whenever the software detects the user adding an image of banknote currency, it terminates its operation and displays a warning message to the user that he/she is attempting to edit the image of banknote currency, which is not supported by Adobe and directs the user to visit www.rulesforuse.org for more information.

Some of you might be wondering how this Counterfeit Deterrence System (CDS) system works. Well, I would love to discuss this new system, but no one really knows how the CDS actually works, except for the members of the CBCDG group. CDS is an incredibly well-guarded system whose working hasn’t been cracked yet, even by the best of hackers. The inner workings of CDS is so secretive that even Adobe doesn’t know exactly how it works! The CBCDG directly provides software as a black box without disclosing its source code.

Kevin Connor, the former director of product management at Adobe, has admitted that Adobe has been working with central banks for several years. An earlier version of anti-counterfeit technology used to cause a lot of performance issues, but CDS code has been working fine for almost a decade now and has been successful in averting attempts by users to modify banknote currency visuals.

There are a ton of different laws pertaining to duplicating and manipulating currency or its images across the world. The US alone has more than 32 pages of laws related to the currency. While it should be obvious that counterfeiting currency is illegal, most of you are probably unaware that it is also illegal to print or publish any illustration of currency, postage stamps, or revenue stamps. So, in effect, it’s illegal to use original currency in ads or movie scenes. For this reason, the money that you see in movies is often real. To legally create prop money in the US, the depicted currency needs to be 75% smaller or 150% larger than the original. Also, reproduced notes should only be one-sided and must immediately be destroyed after use. For simplicity’s sake, filmmakers often prefer to use real money. 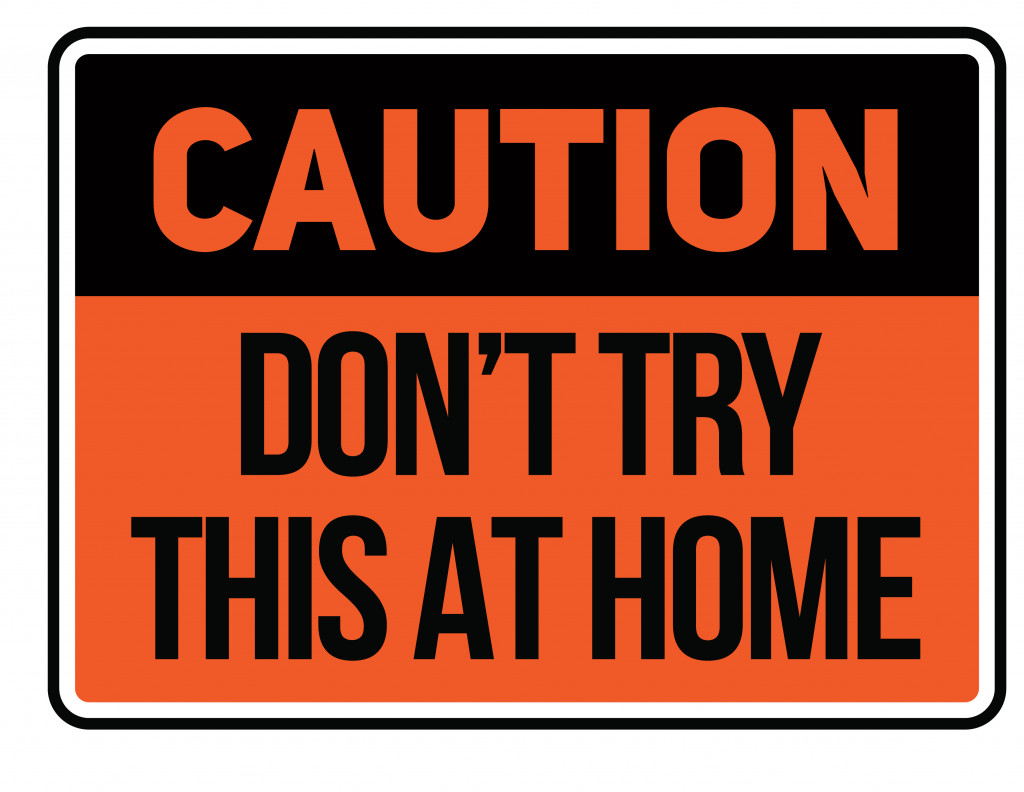 NOTE: This article has discussed why you cannot photocopy money, but that does not mean we encourage you to try it. Counterfeiting is a serious crime that should not be taken lightly. Even attempting to photocopy banknotes could put you behind bars. Also, we do not know if central banks via CDS are tracking any attempts to copy or manipulate banknotes. In other words, you shouldn’t try it, even if your wallet is painfully empty!

Can you tell why you can’t photocopy currency bills?