Drifting is a special kind of driving technique wherein the driver of an automobile purposely oversteers and causes the rear tires (or, in some cases, all tires) to lose grip on the road. Drifting is achieved by controlling the wheel speed and the slide constantly. Drifting is a difficult maneuver to pull off and requires a comprehensive understanding of the entire process of drifting and a great deal of practice to master it.

Drifting (related to motor sports) is a special kind of driving technique wherein the driver of an automobile purposely oversteers and causes the rear tires (or, in some cases, all tires) to lose grip on the road.

Ever since the dawn of civilization, humans have been obsessed with adventure and entertainment (in most cases, these two are indistinguishable). For example, at first, hunting animals was all about food, survival and threat elimination, but after a few thousand years, it became a hobby. What could possibly motivate a person to kill an animal that is simply minding its own business? Thrill and entertainment, and possibly a number of other unsavory things…

It seems like human nature to improvise various ways of squeezing some sort of thrill from the most unlikely things or activities. Aside from hunting, there are a number of other activities that humans have transformed from being a mere necessity to a previously unheard of form of entertainment; however, in this post, we are going to talk about a singular act that involves traveling, rather unusually, on a set of four wheels.

Yes, and while we aren’t going to discuss the Fast and Furious franchise, we are going to talk about drifting.

Drifting (related to motor sports) is a special kind of driving technique.

The term ‘drifting’ suggests what the technique entails; the driver intentionally ‘oversteers’, causing the rear tires (or all the tires, in some cases) to lose traction, but allows the driver to maintain control over the car from its entry to its exit of a corner.

In more technical terms, when the rear slip angle (angle between a wheel’s actual direction of travel and the direction towards which it is pointing) of the car is greater than the front slip angle, the car is said to be drifting.

How do you maneuver a turn while driving a car?

It’s actually pretty basic. You simply rotate the steering wheel to the desired direction and… that’s actually it because physics will take over at that point, leaving you with a limited amount of control. It is such a seamless process that you may not even realize what physical process is going on between the tires and the ground.

Also Read: Can A Car’s Wheels Turn Its Steering? 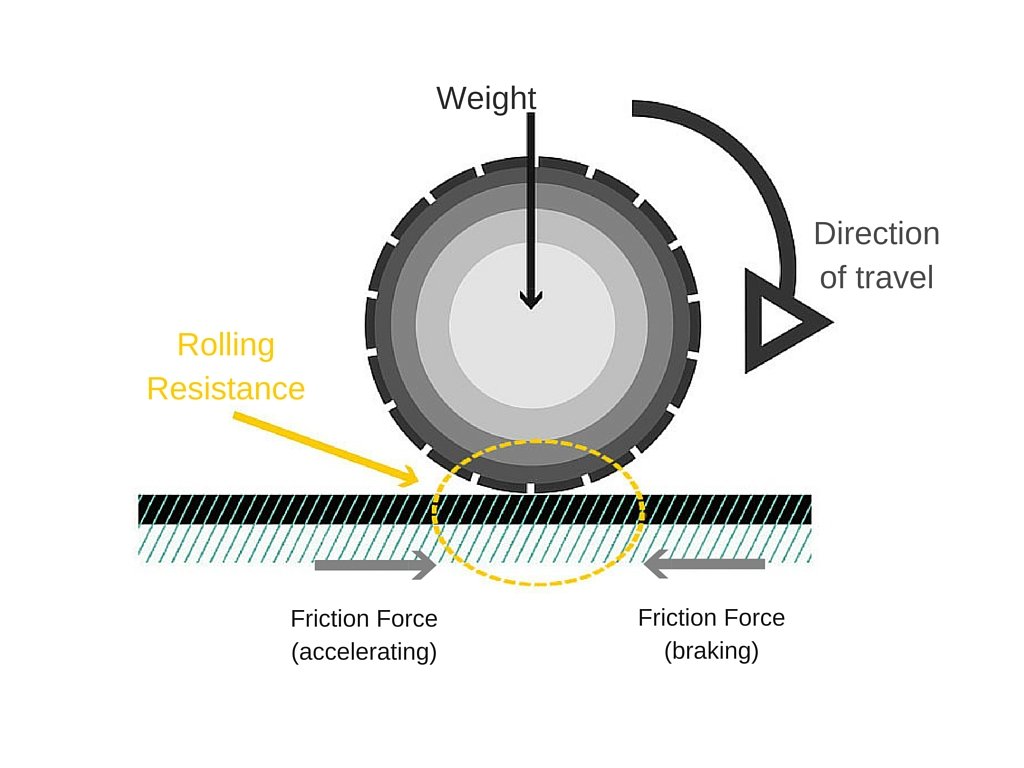 To make a turn, you need friction. Without it, car tires would be confused and your car would consequently look like it was performing a jig on the road. To realize what it’s like to drive on a friction-less road, try to imagine driving on a sheet of glass.

In the case of a drift turn, the frictional force acts centripetally, meaning that it pulls the car in a circular motion, precisely the motion that is required to maneuver a turn. 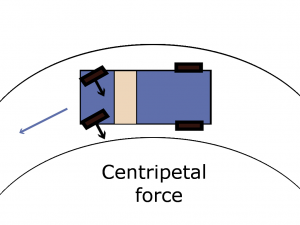 Before you steered the car to the left, for example, it was going straight. That’s what it wanted to continue to do, according to Newton’s first law of motion (stating that an object will remain at rest or in uniform motion in a straight line unless acted upon by an external force). However, as soon as you take the turn, static friction grips the front tires, which prevents the vehicle from skidding or sliding out along the straight path and ensure that the car is taking a turn.

How To Drift A Car? 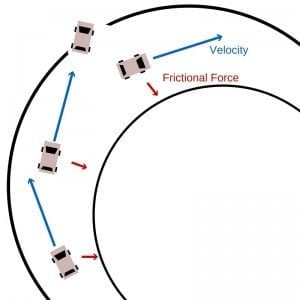 The mechanics change slightly when you are drifting, as it’s all about handling the amount of traction that you’re losing in the rear wheels. You want to lose traction, but not entirely, as you want to control how much traction is lost. And how do you control the traction of the rear wheels, you may ask? By controlling the wheel speed.

Losing Traction On The Rear Wheels

Simply put, all you have to do is balance the amount of traction you lose on the rear wheels by balancing the wheel speed and the slide constantly, which is what drifting is all about.

Also Read: Why Is It Easier To Parallel Park Your Car If You Reverse Into The Space Rather Than Drive Straight In?

Drifting Is Not Easy!

The explanation above may seem simple, but don’t let that give you any false ideas about the actual art of drifting. Needless to say, it’s a pretty difficult maneuver to pull off. Furthermore, if it’s not controlled and the car goes into an uncontrolled spin, it can lead to terrible accidents. Therefore, it takes a comprehensive understanding of the entire process of drifting and a great deal of practice to master it. This is the reason that all drifting events are carried out by trained professionals under strictly controlled conditions.

Drifting may give drivers an exciting edge during racing events, but it’s certainly not something you should try out in real-life conditions. It’s certainly not as easy as they make it seem in movies, and it’s definitely not cool if you lose control!