It is easier to parallel park your car if you reverse into the space rather than drive straight in because the front tires of the car are controlled by the steering wheel, and can therefore be steered in any direction with ease, as opposed to the rear wheels, which only move straight.

If you own a car, truck or any other four-wheeled vehicle, you are probably intimately aware of this annoying thing that happens almost daily in our lives. Even if you don’t own a vehicle, you have likely seen plenty of other folks backing up instead of driving in head-on to parallel park their vehicle.

Why is this practice of parallel parking cars so common? Why don’t they just turn their vehicles head-on into the empty slot to park, rather than backing up into it, a maneuver that involves a great deal of practice and effort on the driver’s part?

Short answer: Parallel parking is easier when you reverse into the vacant space because the front tires of the car are controlled by the steering wheel, and can therefore be steered in any direction with ease, as opposed to the rear wheels, which only move straight.

However, before we delve deeper into this parking problem, we need to cover a few basics…

What is Parallel Parking?

Unless you’ve been living under a rock for most of your life, it’s highly improbable that you haven’t heard of this term or used it yourself, provided that you own or operate a vehicle. Parallel parking is a technique for parking a vehicle parallel to the road (hence the name). The following image might help you visualize this a bit better: 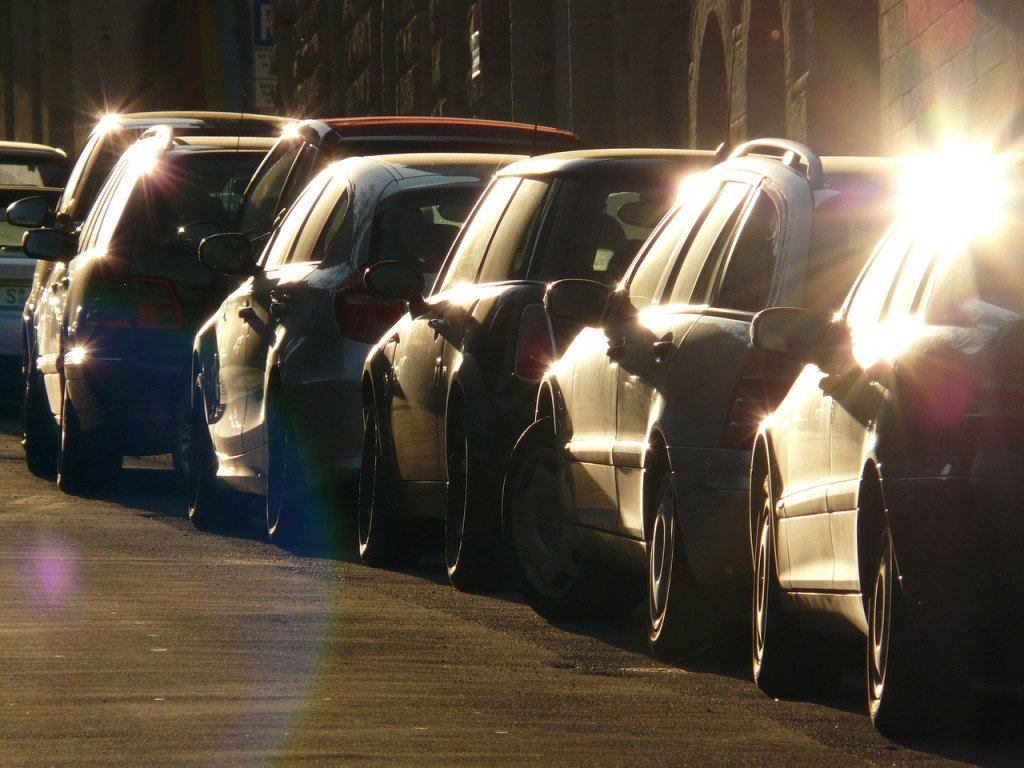 If you drive a vehicle (and aren’t a professional expert), then you already know that parallel parking is no easy task. Maneuvering your vehicle into a tight space between two vehicles requires skills and practice, which is why parallel parking is an integral and important component of driving tests all over the world. It is often considered the most dreaded part of the driving test for amateur drivers.

Why is parallel parking so difficult? 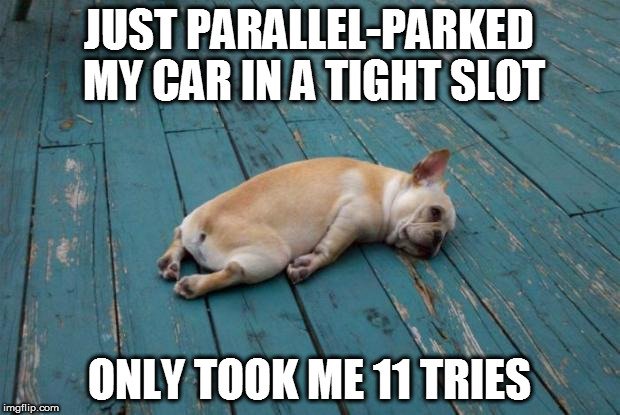 Let me explain this with the help of an example: suppose one fine morning, you decide to pay a visit to a bakery to get yourself some cheese. Upon reaching the store, the first thing you notice (to your utter dismay) is that there is no space to park! However, there is a series of cars parked back-to-back on the side of a nearby street. After a while, one car pulls out of the line of cars, leaving exactly one vacant slot vacant between two cars.

Parking between two cars can be daunting, especially if you’ve had little practice. This is because, in most cars today, only the front tires do the steering for the entire vehicle. This creates a problem or two; for example, cars with only front steering tend to have a larger turning circle (or turning radius), so it requires extra effort on the driver’s part to maneuver the turn. 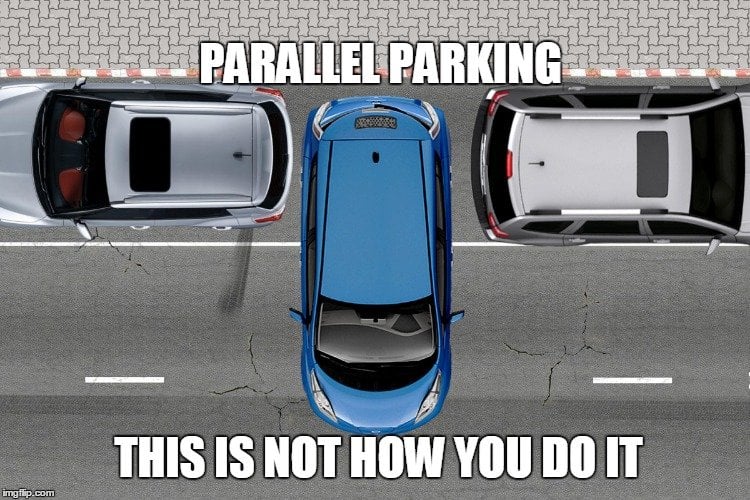 Why is backing into empty slots easier than heading into them when parallel parking?

If you have a vehicle whose steering is entirely dependent on the front tires, it is easier to reverse it into the empty slot while parallel parking.

You see, the steering wheels of a vehicle (i.e. the front wheels, in most cases) facilitate the angular motion of the vehicle and regulate its directional stability, not only while going straight ahead, but also while backing out. What this means is that these wheels should always be at your disposal while making turns.

A not-so-neat example of parallel parking.

Even if you somehow manage to cram your car between two vehicles going in head-on, it’s highly unlikely that it would be a ‘neat’ park job. Also, it’s bound to be incredibly time-consuming. And don’t forget, there are vehicles behind you who are waiting for you to finish whatever it is you think you’re trying to achieve. 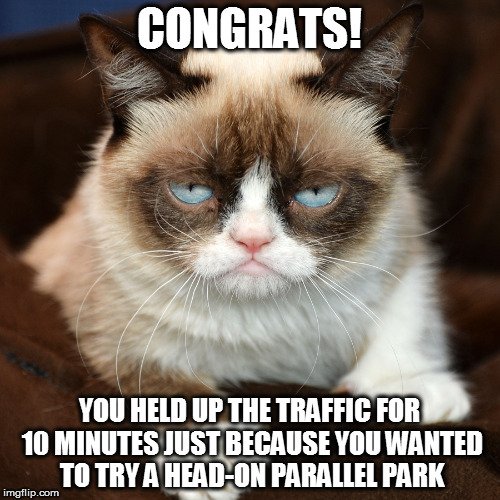 Reversing helps while parking parallel because it’s the rear tires (as opposed to the front tires, as in the former case), which play no role at all in steering the vehicle, that go into the slot first. By going in reverse, you put the rear tires in the correct position and then move the front tires in. This helps to fit the section of the car (the rear) that cannot be maneuvered as sharply, and subsequently take a couple sharp turns to fit the front section in perfectly to the available parking space between two other cars. The ideal scenario looks like this:

The next time you’re trying to parallel park your car in a tight space, just keep in mind that the rear tires should go in the slot first, followed by the front ones. Or you can call someone from Red Bull to do it for you in style!