Torque steer refers to the imbalance of torque distribution, causing the car to momentarily steer off course unless corrected.

It is almost never a good idea to give control of the steering to someone else while you are in the driver’s seat, least of all to the wheels of your very own car!

However, chances are that your car has tried wrenching control from you even without you noticing! Or sometimes perhaps you did notice, but wrote it off as being caused driving on a bad terrain. But is that really the reason?

Science has an explanation!

Torque, evidenced by our limited understanding of it, remains the most unappreciated aspect of most vehicles. We all know torque as a moment of force acting about a point, as well as the physics/mathematics jargon associated with it, but what good does it do for us in the real world? What is torque when one starts the car? 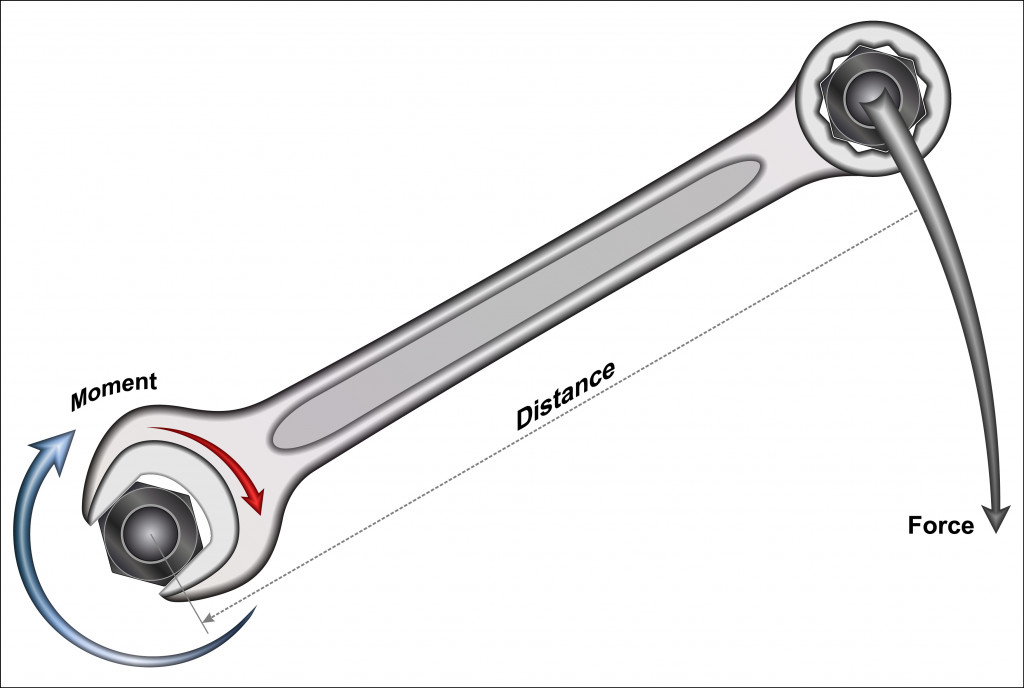 Rotational force acting about a point is known as torque (Photo Credit : Fouad A. Saad/Shutterstock)

Torque is the rotational force exerted by the engine on the wheels. If power is how fast your car can go, torque is how quick you can go that fast. Torque does all the heavy lifting. It pulls you from a red light and gets you rolling again. It engages the wheels and wills them to move forward when you’re battling your way uphill. It is the also the reason why a big truck can haul heavy loads, and a sports car can physically distance itself from you in a matter of seconds.

When torque is lower, the vehicle naturally feels wanting, but when torque exceeds the capability of other components, it can result in catastrophic failures, such as shredded tires and even broken drive shafts. What has all this got to do with wheels driving the steering? Let’s find out.

When there is unequal torque acting on two ends of a shaft, it can cause the shaft to rotate towards the side experiencing more torque. Let’s extrapolate this to vehicles. This phenomenon is usually experienced in front-wheel drive vehicles during very hard acceleration.

Front-wheel drive cars, by design, have the engine, transmission, and differential all in one horizontal line. Since this arrangement is not symmetrical, the drive shafts that send power to the wheels are of unequal length. When one accelerates in such a setup, they can feel a tug at the steering wheel; or in some cases, the car may even veer off course.

Thus, the variance in torque at the drive wheels resulting in the vehicle veering off course is known as torque steer. However, the causes of torque steer cannot only be restricted to unequal torque distribution. Let’s look at a few other reasons that may compound the problem.

Amongst all the variables that affect torque steer, suspension geometry plays the most significant role. This is because it directly affects the way wheels come in contact with the ground, and consequently, the way they grip it. Suspension geometry changes as the vehicle accelerates. This is because the weight of the vehicle shifts to the rear wheels, freeing up the front suspension, sometimes even inducing a slight positive camber. Camber refers to the angle made by front wheels with the ground and affects the contact patch made with the tire. 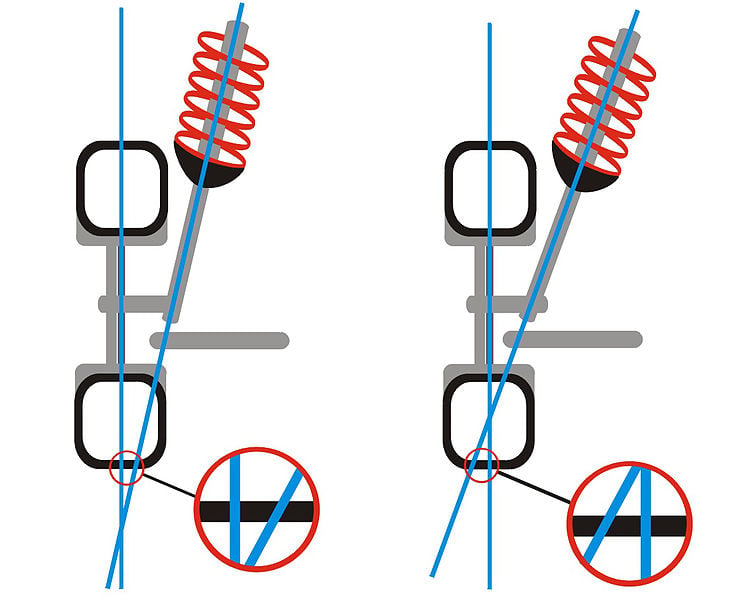 Another crucial aspect of suspension geometry is the angle at which the suspension meets the wheel. Known as scrub radius in automotive parlance, it is very tricky to adjust. Changing it through its full scope can enhance or obliterate the objectives for which the car was built. Gentler angles are usually favored for front-wheel drive cars, as they prevent torque steer and even consume less tire in the process. Steeper angles are generally favored in performance and racing setups, but come at the cost of excessive tire wear.

2. Service levels of the vehicle

The integrity of tires and suspension components, such as control arm bushings, play a significant role in how the car behaves under hard acceleration. Weak tire walls, unequal air pressure and worn out bushings often add to the problem of torque steer. 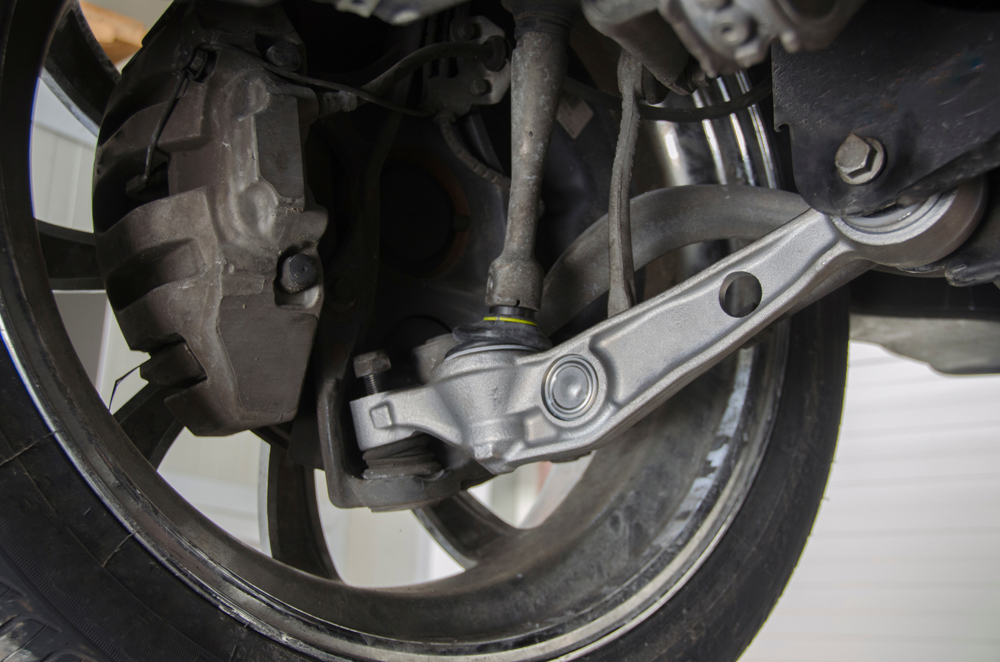 These are moving parts and face a lot of duress owing to their exposure to different road conditions. Thus, it is important to ensure regular service and replacement schedules of mechanical parts.

3. Split friction on the road

The problem of torque steer can be exacerbated if the road has varying levels of friction between the two wheels. In such an event, the vehicle will tend to keel towards the wheel with the highest grip levels. Unless road conditions are extremely bad, as in case of an oil spill, torque steer can usually be corrected by gently but firmly correcting the course of the car. 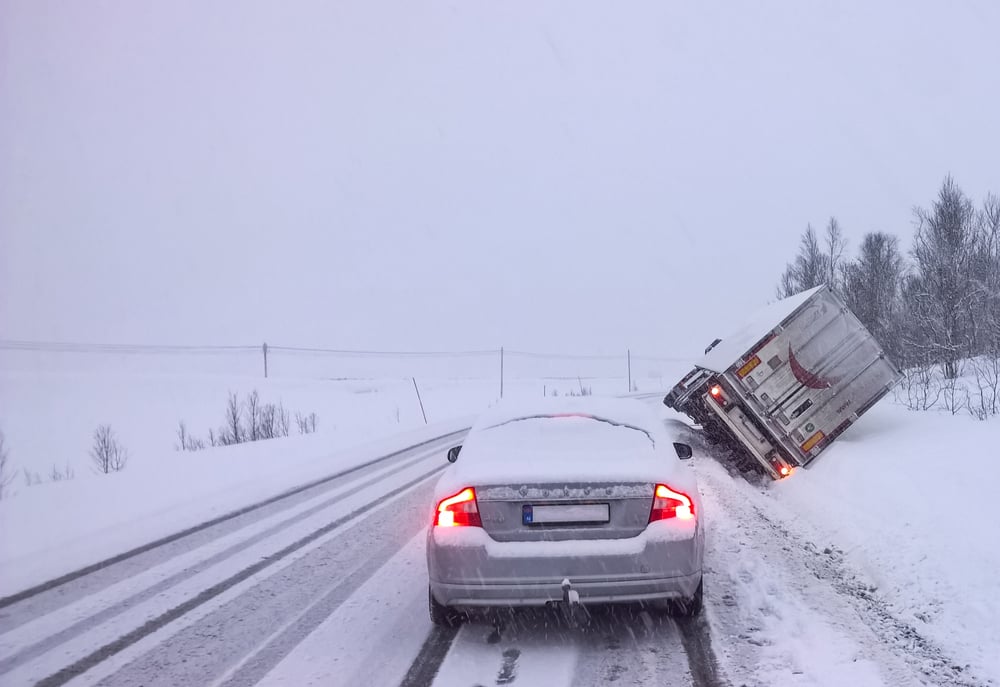 Varying levels of friction on the road affect how wheels grip the surface (Photo Credit : MarekXcz/Shutterstock)

Do other driving formats have torque steer too?

Torque steer is almost entirely absent from rear-wheel and all-wheel drive vehicles. This is due to the engine, transmission and differential being in one straight vertical line. Additionally, the driven wheels have shafts of equal length, eliminating torque steer.

Can torque steer be fixed?

Torque steer isn’t a major problem for the most part. It is quite minuscule if the driver doesn’t accelerate hard right from stand still. However, it can be upsetting to the uninitiated, so you should be able to compensate for it. To begin with, the onus of starting gently and keeping the vehicle components well serviced lies with the driver. Since split friction and suspension geometry are beyond the driver’s control, more engaged power steering systems can be deployed. 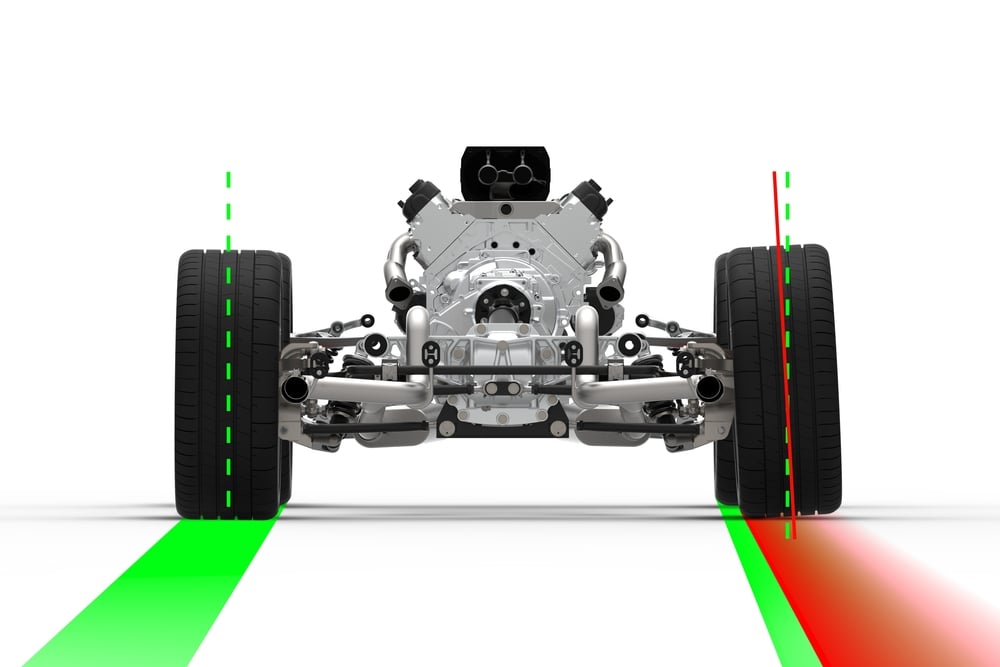 This reduces the force required by the driver to correct the vehicle course in the event of torque steer, giving them a sense of greater control. Car manufacturers also play around with engine placement and shaft geometry to ensure equal torque reaches both the driven wheels.

Should I be worried?

Automobile engineering has come a long way in terms of how power is delivered from the engine to the wheels. While most of the torque steer in modern cars is taken care of by electronic and mechanical systems, there is also something we can do as drivers to prevent it. 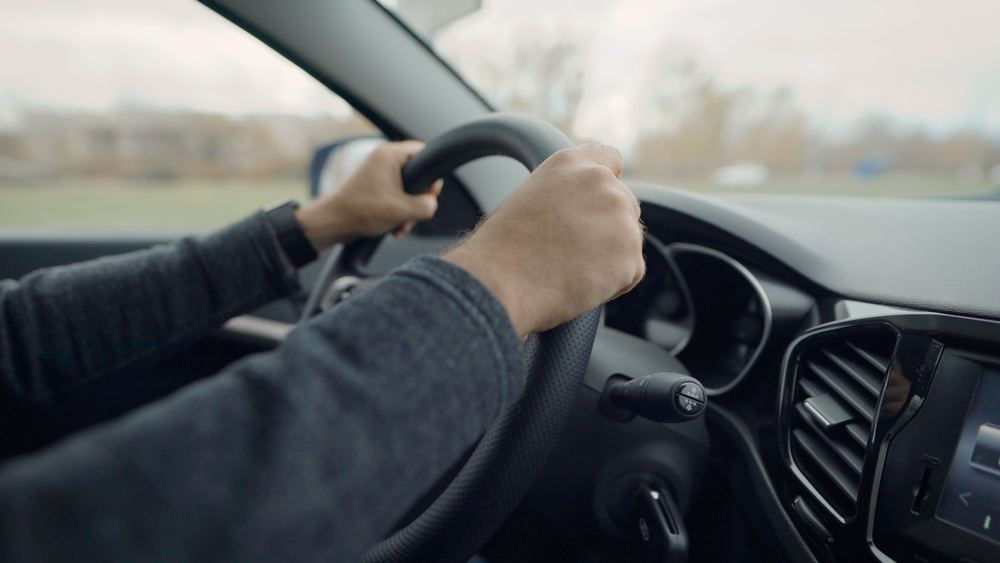 A firm grip on the steering wheel and purposeful course correction is sufficient to counteract even the worse moments of torque steer (Photo Credit : Usoltsev Kirill/Shutterstock)

Amongst the foremost is to upskill ourselves, and not get startled when torque steer occurs. At the same time, by going easy on the accelerator when starting from a standstill, the issue can almost entirely be avoided!