A four-wheel drive system is used to send power from the engines to all four wheels of the car to assist in traction-demanding situations.

If you’ve ever been asked “How many wheels does a car run on?”, you would probably shrug it aside as silly.

However, if you chose to answer ‘four’, the person may say, “Well, you’re only partially correct.” At that point, you may be a bit confused… 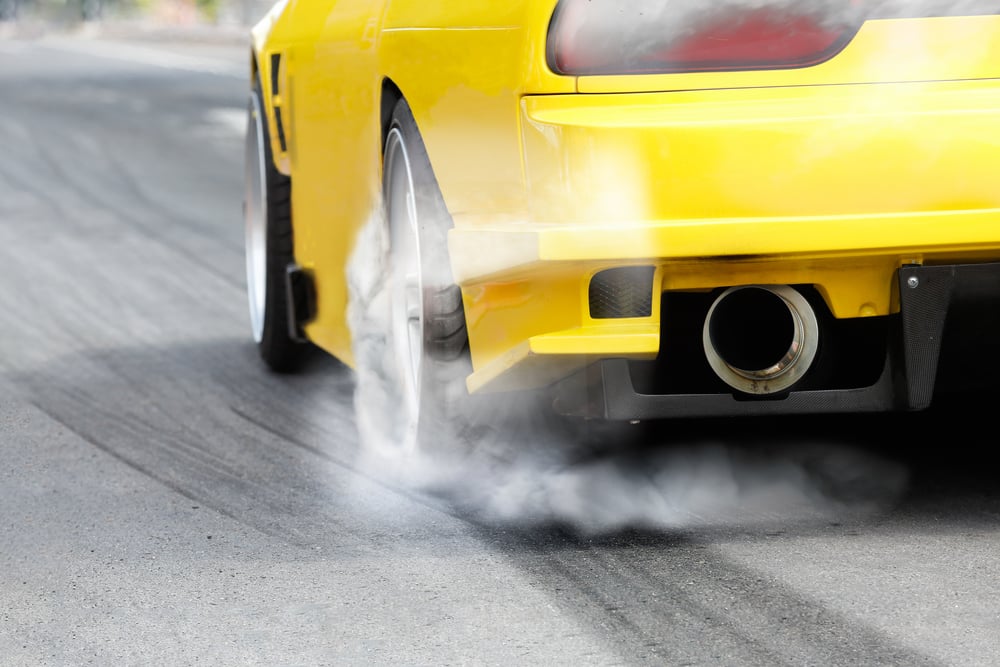 The engine usually supplies power to only one set of wheels on a car (Photo Credit : Toa55/Shutterstock)

Yes, a car sits and even runs on four wheels, but the forces that drive the car are, more often than not, supplied to only two wheels. Basically, one set of wheels is driving, while the other set is being dragged, or more appropriately, being driven.

What Is A Drivetrain?

Excluding the engine, the mechanism that supplies power to the driving wheels is known as the drivetrain. Based on the utility of a vehicle, its drivetrain can be designed to send power to either one set of wheels or all four wheels. We will explain each configuration in detail below: 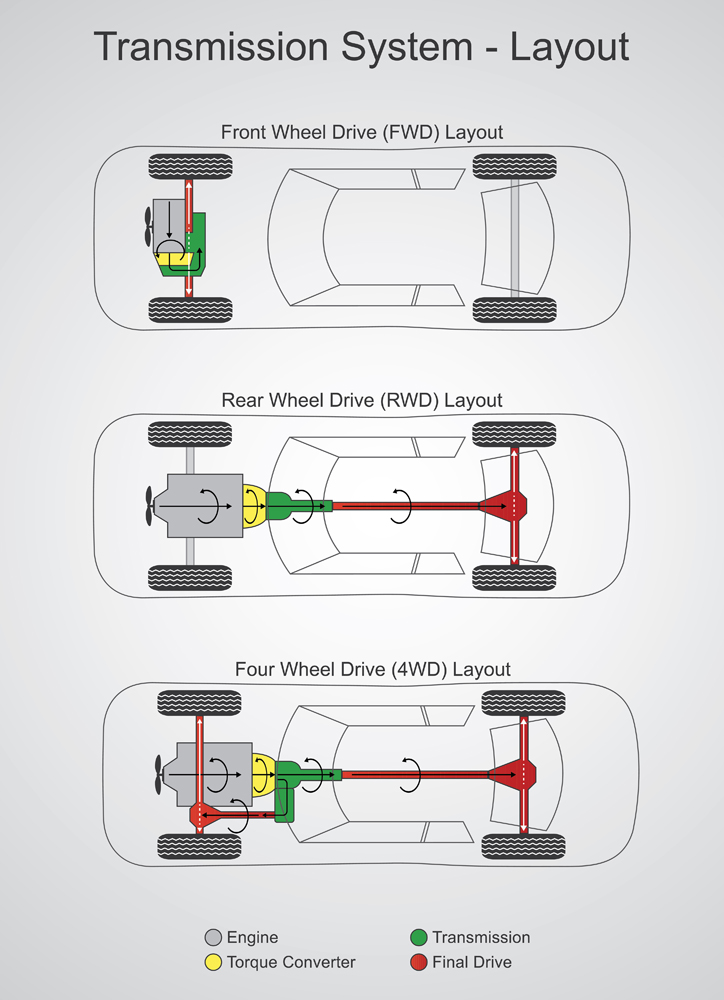 A two-wheel-drive system, as the name suggests, has engine power directed to two wheels only. These can either be the front wheels or the rear wheels. In a front-wheel drive system, the engine is laid out in a transverse configuration, i.e., it is perpendicular to the axis of the car. This layout enables the engine to connect to the front wheels directly. A rear-wheel drive system has its engine laid out longitudinally, meaning it is laid along the axis of the car. The engine gets connected to the rear wheels through the transmission employing a driveshaft.

Components And Working Of A Four-wheel Drive System

A 4WD system comprises a longitudinally mounted engine that transfers power to all four wheels through special gearing arrangements known as differentials. The engine connects to these differentials by means of a drive shaft, which feed the power to the wheels by means of drive axles. A four-wheel drive system, in its simplest form, is composed of the following components: 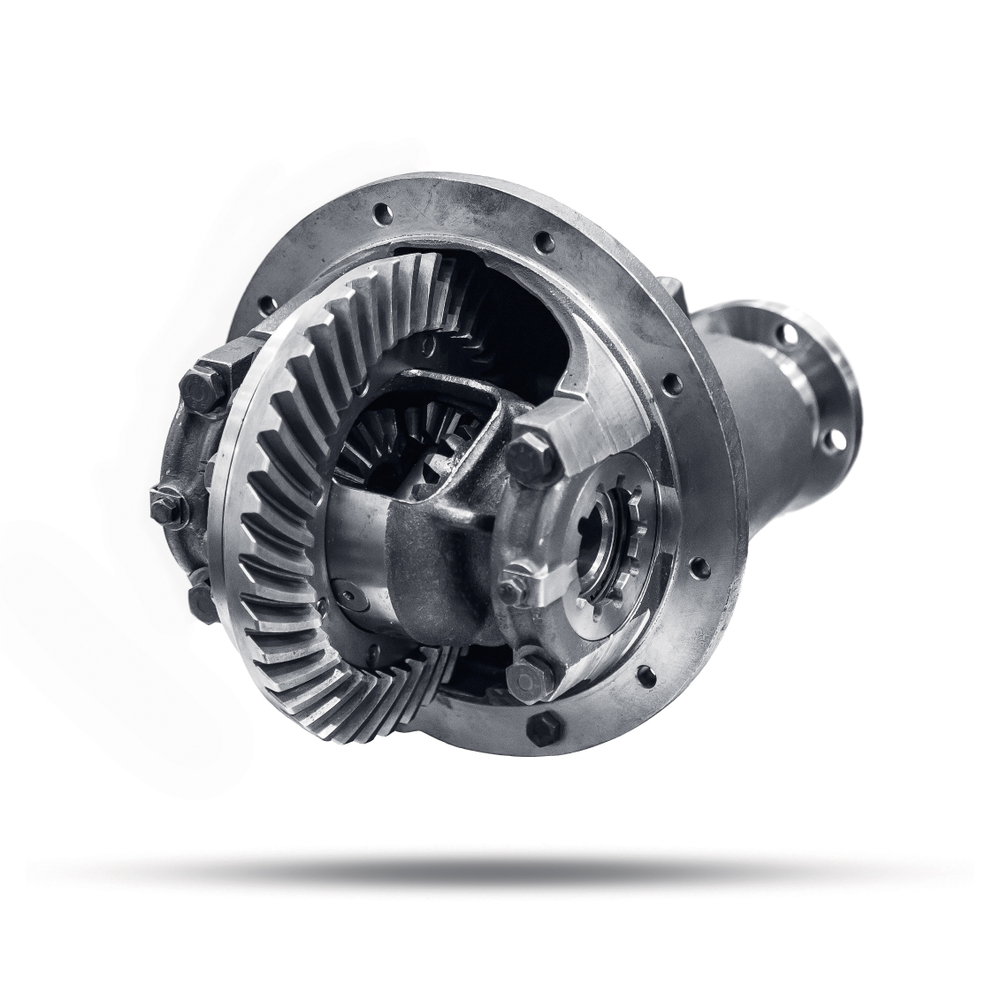 A differential allows wheels with a common axis to spin at different speeds (Photo Credit : patruflo/Shutterstock)

A differential does precisely what it sounds like: creates a difference – in the amount of power going to a particular wheel within a set of driving wheels. It consists of a gear train designed to allow two wheels sharing the same axis to spin at different speeds by varying the amount of power delivered to each wheel.

Also Read: Why Does A Car Jerk When You Drive It In The Wrong Gear?

A differential is employed when a car is turning a corner. Let’s illustrate this with an example. If a car were to take a left turn, the left side wheels, or the ‘inner wheels’, would sweep less distance when compared to the right side wheels, or the ‘outer wheels’ in the time it would take to execute the turn. It implies that the outer wheels are spinning at higher speeds, compared to the inner wheels. Since the outer wheel is connected to the inner wheel by an axle, it is impossible to achieve this difference in speed without causing catastrophic mechanical failure.

The differential allows the outer wheels to spin faster than the inner wheels, thereby allowing for the execution of a smooth turn without loading the axle. To facilitate better turning, both the front and rear axles have their own differentials that connect to their respective set of wheels by means of a drive axle.

A simple differential sends power to the path of least resistance, which often makes it unfavorable in low traction situations. To overcome this, adjustable differentials are designed to prevent the loss of valuable power to freely moving wheels. 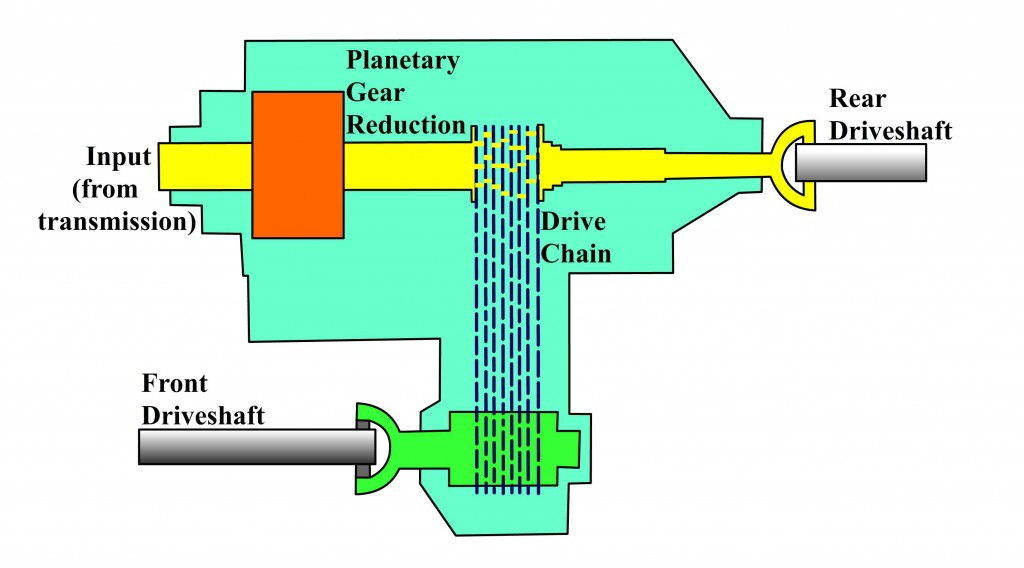 Owing to its longitudinal configuration, the engine can only supply power to the rear wheels directly. In order to power the front wheels, a chain-driven arrangement, known as the transfer case, is employed. The transfer case connects to the front differential by means of a driveshaft, which then supplies power to the wheels.

A driveshaft is a rod that connects the engine to the differentials. It is designed to allow for relative movement between the wheels and the engine so that power transfer does not cease due to misalignment. A drive axle connects the differentials to the wheels and is again designed to allow for wheel travel according to the contour of the terrain.

Working Of A Four-wheel Drive System

A 4WD system distributes power to all 4 wheels of the car through the differentials. In high-traction driving, for example, on the road, it is usually unnecessary to engage 4WD and power is only directed to the rear wheels. Upon encountering a low-traction situation, such as ice or sludge, the differentials can be adjusted to send maximum power to the wheels that have the maximum traction. This enables the vehicle to overcome slippery terrain without losing control.

Pros And Cons Of A Four-wheel Drive System

Any advancements in the 4WD system can be attributed to two factors: differential design and electronics.

The development of locking and limited-slip differentials was instrumental in overcoming the disadvantage of simple differentials: the loss of power at the wheel with the least traction. This has given rise to partial 4WD, full-time 4WD, and all-wheel drive systems that are employed over a variety of vehicle types.

Also Read: What Is A Traction Control System And How Does It Work ? 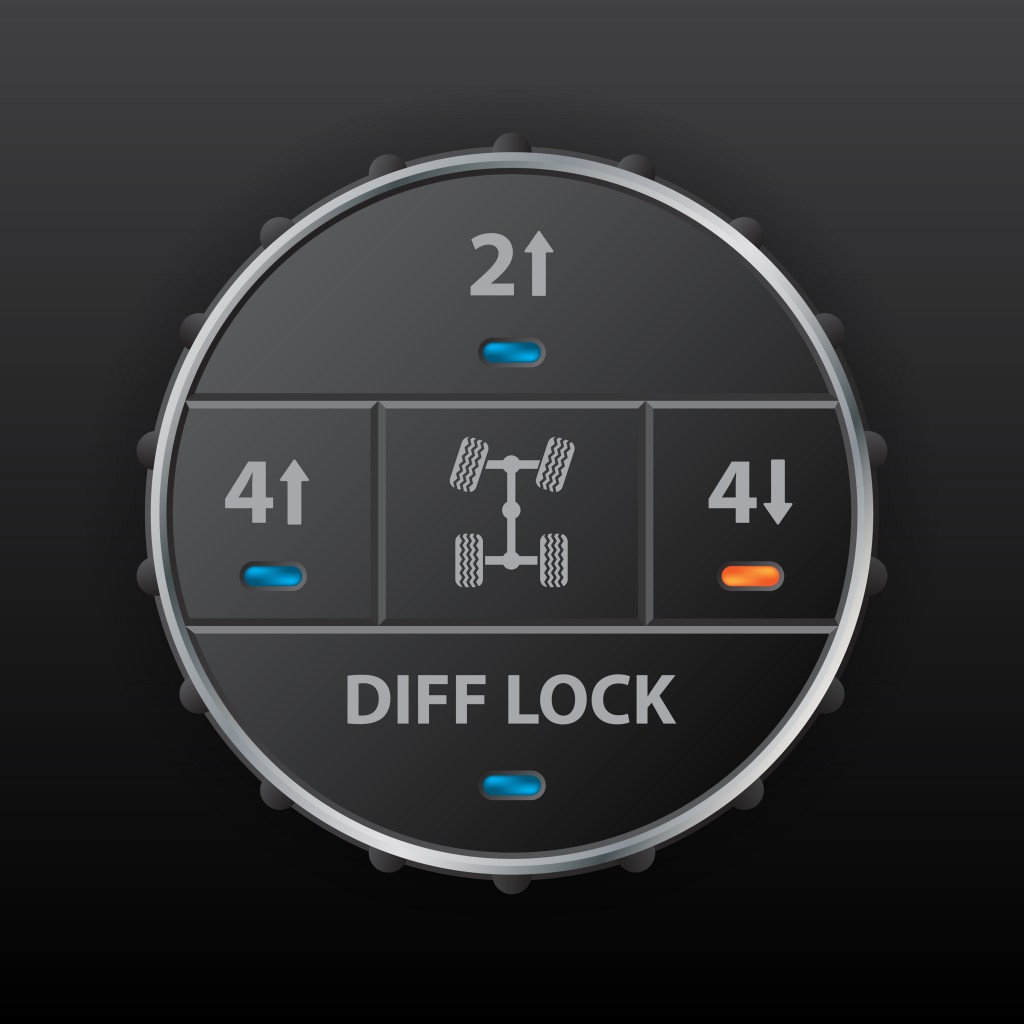 With the introduction of sensor technology and electronic actuation, the need for manual engagement of 4WD systems by locking differentials and driveshafts has been eliminated. A vehicle’s onboard computer selects the most optimum setting based on the terrain, thereby preventing hassles for the driver.

Applications Of A Four-wheel Drive System 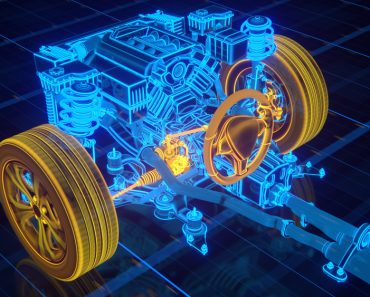