The process of momentarily steering in the opposite direction to go in the desired direction is known as counter steering.

If I were to tell you that you start a left turn by going right and a right turn by going left, you’d probably write me off as crazy. It sounds impractical, but it is actually a law of physics that we cannot defy, no matter how hard we try.

Surprisingly, this “law” has been ingrained within us, even as we were growing up as children… while learning how to ride a bike!

What is counter steering?

“Counter steer to steer” is a concept applicable to all kinds of single-track vehicles, namely bicycles and motorcycles. While many people theorize that it is one of a few ways to turn a bike, it is actually the only way to do so. 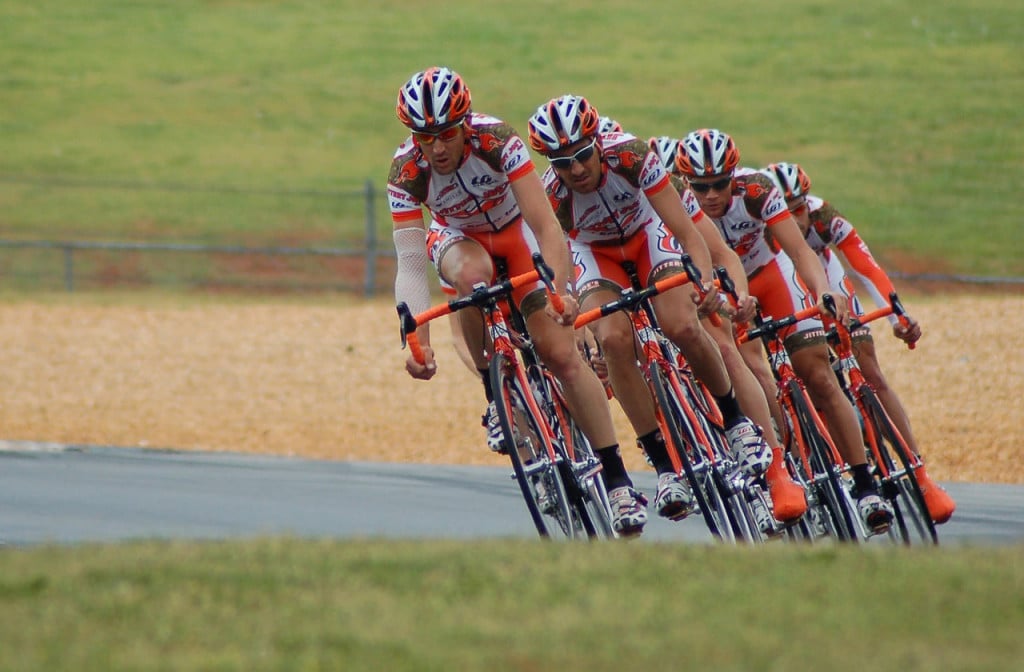 A turn is affected by upsetting the natural tendency of a bike to go straight (Photo Credit : Pixabay)

A moving bike is the most stable when going in a straight line. In order to turn, this balance must be disturbed, so that the bike can move into the turn. This upset is achieved by turning the bike momentarily in the direction opposite to where one desires to go. This is known as counter steering. To understand this clearly, let’s breakdown the various steps involved in counter steering.

Counter steering can be broken down into a series of steps: 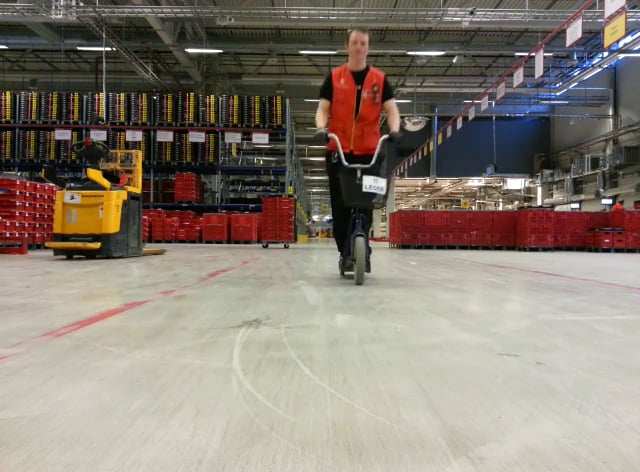 Pushing the handlebar away against the intended direction of travel (Photo Credit : Atlesn/Wikimedia commons)

Apart from course correction, the bike also tilts inwards at this step, making an angle with the road. This tilt is also known as leaning, and is essential to execute the turn successfully. 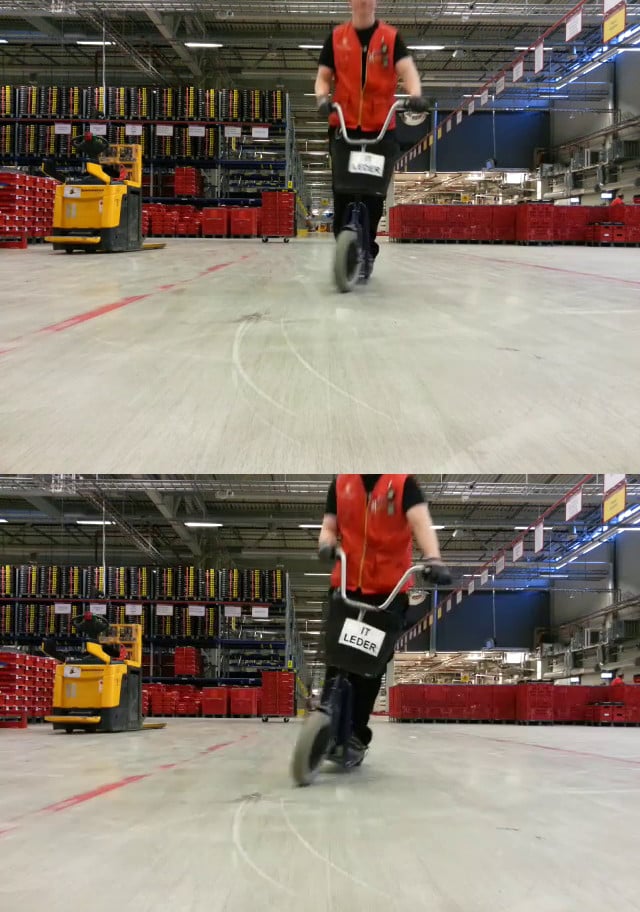 Pushing causes the bike to lean and point in the intended direction of travel (Photo Credit : Atlesn/Wikimedia commons)

As the bike is now pointing in the intended direction, the process of steering into the turn is complete. At this stage, the rider is poised to make the turn and straighten the bike back out, thereby executing the turn successfully. 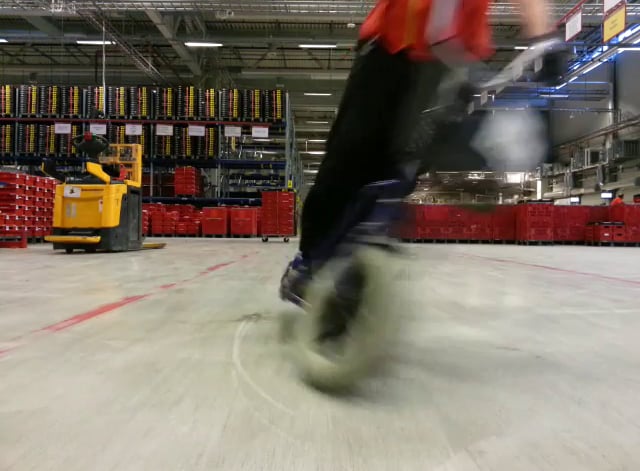 A bike in motion is acted upon by several forces that balance each other out to keep it stable on the road. 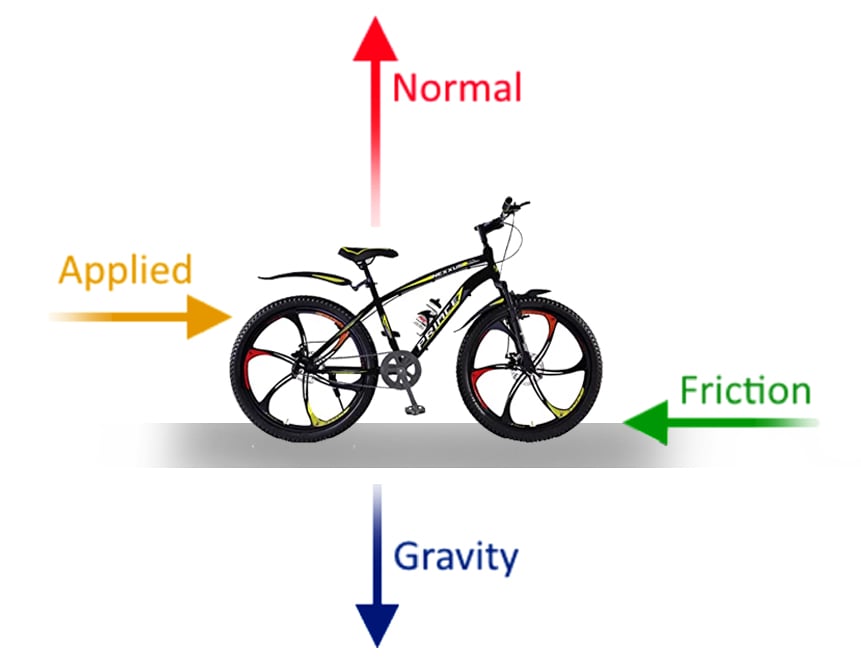 When going straight, the following forces act on the bike:

Upon initiating a turn, if the bike were to remain perpendicular to the ground, the sideways motion of the wheel would create an unbalanced friction force. This force would act along the vertical axis of the bike, creating a moment that would throw the bike outwards.

In practice, bikes keel towards the imaginary center of the turn. In doing so, the reaction force from the ground now gets split into two components. One of these components counters the weight of the bike, while the other generates a force that pulls the bike inwards.

This force, also known as centripetal force, counters the previously unbalanced frictional force, making the system completely stable. This enables us to take turns while leaning into the corner without falling over. The higher the speed, the greater the lean angle required to execute the turn successfully.

How does counter steering work?

For most speeds encountered on a daily basis, it is nearly impossible to see counter steering in action. This has led many casual observers to believe that counter steering does not exist, or is simply a specialized way of taking turns on bikes. However, science argues otherwise. 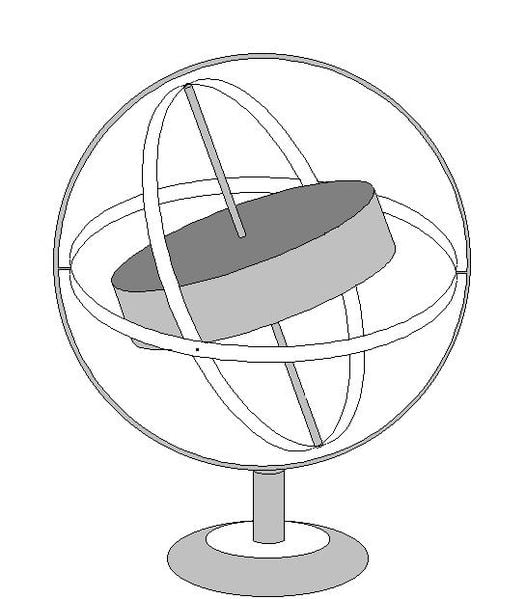 A bike in motion can be likened to a gyroscope (Photo Credit : Svdmolen /Wikimedia commons)

A moving bike is like a gyroscope in action. In its natural, undisturbed state, a bike will want to keep going straight. However, when a disturbing force is applied, the bike counteracts by changing direction and the angle it makes with the road.

This phenomenon, known as precession, occurs at the wheel of the bike, and causes the whole vehicle to turn, in order to regain stability.

As we stated earlier, counter steering is an unconscious effort. If we were to attempt a turn by forcing our hand against the natural movement of counter steering, we would either end up going straight, or end up falling. This is easily seen in motorcycling races where riders take turns at very high speeds and precarious lean angles without falling to the ground. 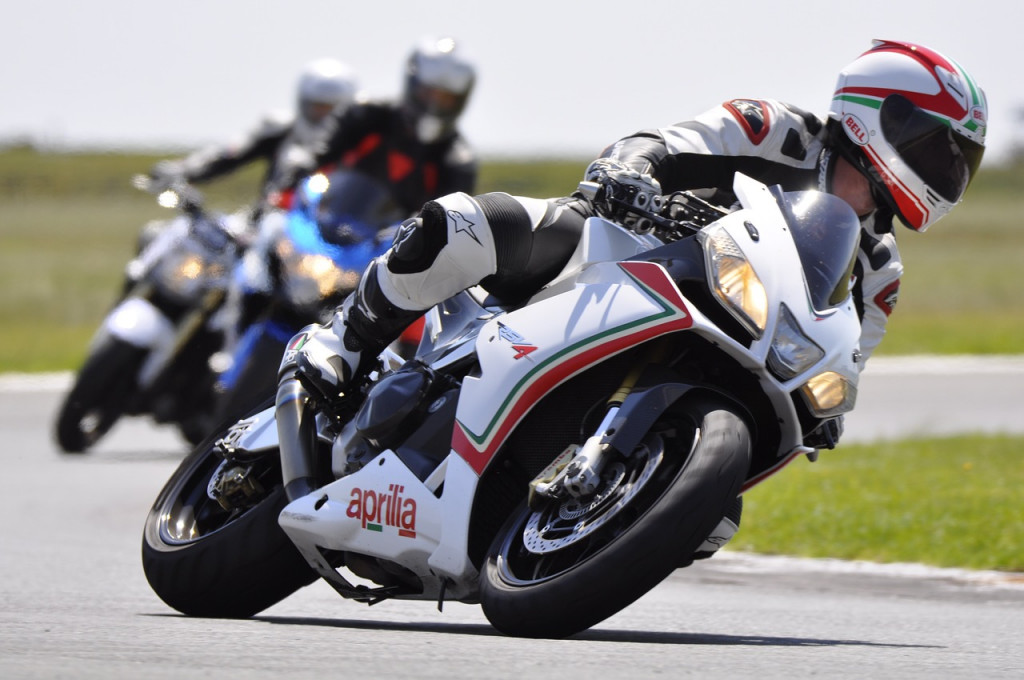 Counter steering, when combined with proper weight transfer in the direction of the turn, helps make quick and accurate turns while ensuring maximum control over the bike. Thus, counter steering is essential for defensive motorcycling, making it a very important skill for every rider.