Home
Social Science
What Is Vorarephilia?

Vorarephilia is a type of paraphilia or fetish, which typically includes arousal at the idea or role-playing act of eating or being eaten by another person or creature.

Growing up, some of the most pervasive children’s stories include monsters who are intent on devouring an innocent protagonist or hero. From Little Red Riding Hood and Hansel and Gretel to Jonah and the Whale, the idea of being consumed by another creature or person is surprisingly common in popular culture. However, for some people, this narrative of being consumed becomes connected to sex or eroticism, at which point it falls into the realm of vorarephilia.

As mentioned above, vorarephilia is a paraphilia (an abnormal sexual desire, often linked to dangerous or aberrant behavior) and a fetish in which people are sexually gratified by devouring others, being devoured or observing this act being carried out. To being with, this sexual fetish isn’t a literal form of cannibalism, and most of these fantasies are engaged with through other media, such as art, comic books, videos, stories, images and video games. Real-life vore practice, often involves willing partners role-playing situations in which they are either being devoured or devouring the other.

Commonly referred to as “vore”, this sexual predilection has deep roots in history and storytelling, but it has only recently been widely recognized in the kink and fetish community. While there has been limited research on this particular paraphilia, some studies have found that people experiencing such feelings may emanate from our earliest relationship to the mouth and other orifices of the body, driven by our birth and breastfeeding habits. Some people have described the desire to be consumed by another person in order to gratify their needs or provide them with pleasure from the inside out.

As mentioned, vorarephilia isn’t limited solely to interactions between humans. Fantasies often include large creatures, snakes, dragons and other monsters devouring one’s body, or being devoured by the individual. In the verbiage of this fantasy, the person being consumed is referred to as the prey, while the creature or individual doing the devouring is called the predator.

The already broad spectrum of sexual fantasies and kinks continues to expand, as individuals are given more freedom to express their most subversive or surprising desires. While these topics may make some people uncomfortable, it is important to understand where these sorts of proclivities may come from, how they can be healthily managed, and what other types of sexual play they may be connected with. Some experts, in the past and currently, characterize paraphilias as psychiatric disorders, but that is a very broad brush to paint the intricacies of sexual exploration.

A critical part of holding safe spaces and moving through the world without judgment (born of ignorance) is learning about and accepting the many different ways that human beings find pleasure!

The short URL of the present article is: http://sciabc.us/66JbQ
Help us make this article better
Prev Article Next Article
About the Author: 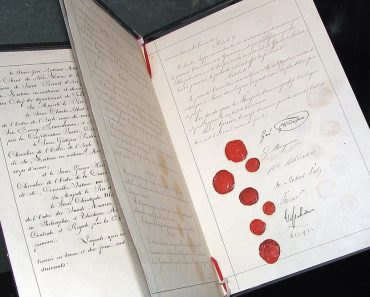