It is believed that animals kill and eat their own young in order to satisfy their energy and nutritional requirements, make themselves more attractive to potential mates, or get rid of offspring that are sick or take too long to mature.

When I first heard about this crazy – yet fairly common – phenomenon of the animal kingdom, I couldn’t believe it. I mean, what could be more cruel than a mother eating her own babies! 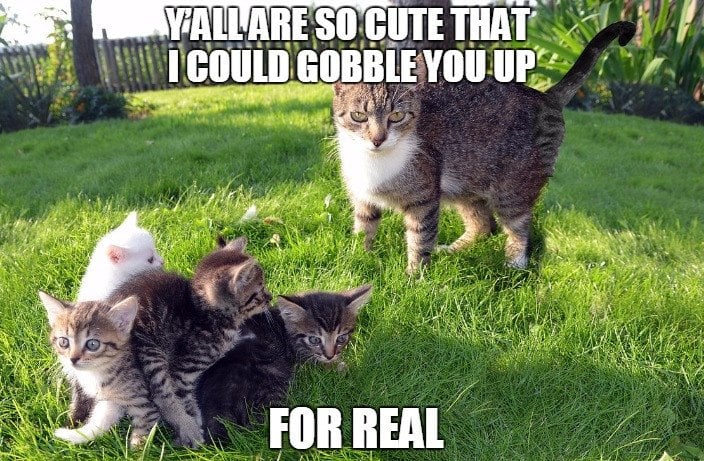 As weird and shocking as it may sound, it does happen – and not that infrequently… but why?

Why do some animals kill and eat their own offspring?

Short answer: Researchers don’t know the exact reasons why animals sometimes kill their own babies, but it’s generally believed that it might satisfy the energy and nutritional requirements of the parent, make the parent more attractive to potential mates, and help in getting rid of offspring that are sick or take too long to mature. In some cases, animals eat their eggs to protect them from predators.

Some animal species, including but not limited to, hamsters, pigs, snakes, birds, primates and even bugs, have a tendency to kill and sometimes eat all or some of their own babies or other young members of their group. This phenomenon of killing one’s own offspring is known as filial infanticide, and if the parent eats their young ones too, then it becomes filial cannibalism. As shocking and downright gruesome as it may sound, killing your own babies to acquire physical and ecological advantages is fairly common in the animal kingdom.

“It’s one of the less pleasant aspects of nature, something humans don’t like to think about.” says Douglas W. Mock, a biology professor at the University of Oklahoma and the author of a book on the subject. “We assume that other species look at offspring the same way that we look at offspring; to us, it seems as if infanticide must be some sick kind of thing, but it isn’t necessarily.”

Keeping this in mind, let’s take a look at some of the most popular hypotheses as to why certain animals kill their young ones…

To satisfy their energy and nutritional requirements

When female animals give birth, they must start nursing and caring for their newborns – something they can only do if they are already well-nourished and healthy. So, if a mother bear gives birth to four cubs, two of which are too weak, unhealthy or deformed, then it’s highly likely that she will kill and eat the weaker cubs. This will not only give the mother energy in the form of a calorie boost, but it will also leave her with fewer cubs, whom she can then nurse better and adequately provide for.

In some animal species, young ones are killed – typically by males – so that they have a better chance of fathering new babies by mating with the existing female members of the group. Male lions are quite well known for engaging in this sort of infanticide. Adult male lions kill the cubs of the previous leader of the pride as soon as they take over the reins to maximize their mating opportunities (Photo Credit : Pixabay)

The survival of cubs in a lion’s pride depends almost entirely on one or two adult males who father these cubs with female members of the group. If an adult male lion (an outsider to the pride) defeats or somehow ousts the fathers of these cubs, he typically immediately kills the young ones of the pride, especially those that the female lions are nursing.

Consequently, the female lions become fertile again and mate with the same male lion who killed their cubs. Male bottlenose dolphins do pretty much the same thing. If he sees a new, unknown female dolphin with a young calf, he will do his best to kill it as soon as possible.

To get rid of offspring who don’t mature quickly

Another hypothesis as to why animals kill their young ones is that they want only the fittest of their babies to live on and pass their healthy genes to future generations. To ensure that, certain creatures kill those babies who do not mature fast enough or at a normal pace.

This sort of selective killing puts evolutionary pressure on the young ones to develop into healthy adults quickly. (Source)

To eliminate competition for their babies

Although males are more commonly known to kill off the young ones in a group, female animals also have a murderous streak for various reasons. For instance, birds and bees living in a joint-nesting social structure are often seen killing the eggs of a co-breeder so that their own eggs have less competition for the limited resources at their disposal. Some female fish raid and eat the eggs inside the nests of male fish to increase their own mating opportunities.

There may be other reasons too; for instance, the Long-tailed Sun Skink, a species of skink, eats its own eggs in order to protect them from predators. Yeah…. think about that one for a moment!

These are some of the most popular ‘hypotheses’ as to why different animal species gobble up their babies. Given what you know now, it should always be remembered that this seemingly cold and cruel practice can never be ascribed to a single, universal reason or advantage that applies to every beast in the wild. 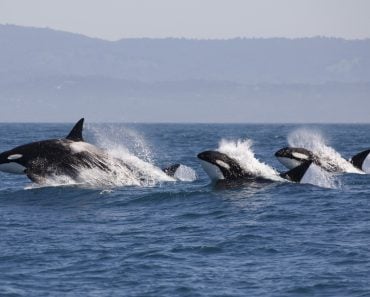