The Oedipus Complex is an idea developed by Sigmund Freud as part of his psychosexual stages of development theory, in which a child develops hostility or envy towards a same-sex parent and desire or attraction to the opposite-sex parent.

Back in your youthful schooldays, the playground could be a rough place, as it was often where teasing or bullying would take place. Mocking jeers of “loser”, “suck-up” and “mama’s boy” were particularly popular in the vicious recreation jungle gyms of my childhood. That last one, however—Mama’s Boy—was not only a cruel name, but also a rudimentary psychoanalytic assessment, in the tradition of Sigmund Freud and his oft-referenced Oedipus Complex.

While most of you wise readers have likely heard of the Oedipus Complex before, you may not fully understand its history, implications, or place in the modern psychotherapeutic realm. So let’s dig in!

What is an Oedipal Complex? 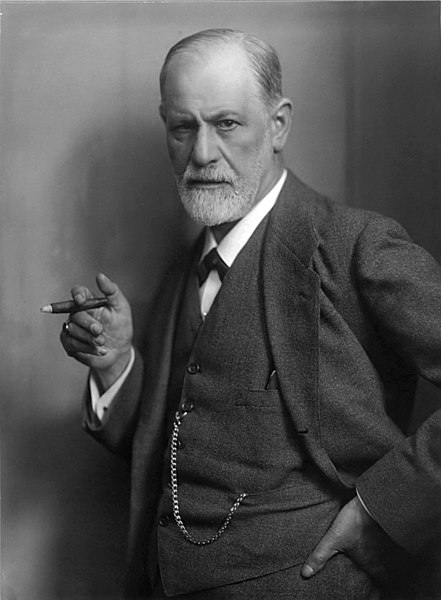 The Oedipal Complex is closely associated with the phallic phase, which was believed to occur between age 3 and 6. Simply put, this “complex” describes a child’s sexual desire or attraction for the opposite-sex parent juxtaposed to increasing feelings of rivalry with the same-sex parents for the attention and affection of the opposite-sex parents. This theory was initially and primarily linked to male children (who desire their mother and envy their father), but Freud also suggested that female children experienced a similar complex, envying their mother and unconsciously desiring their father in a sexual manner.

The unusual name linked to this theory is derived from Greek mythology, specifically the story of Oedipus Rex, in which the Prince of Thebes is abandoned at birth, and therefore does not know who his parents are, but still ends up killing his father and marrying his mother, as a prophecy foretold. After bearing two children with his own mother, the horrible truth of his error is revealed and Oedipus blinds himself for committing such an egregious sin. 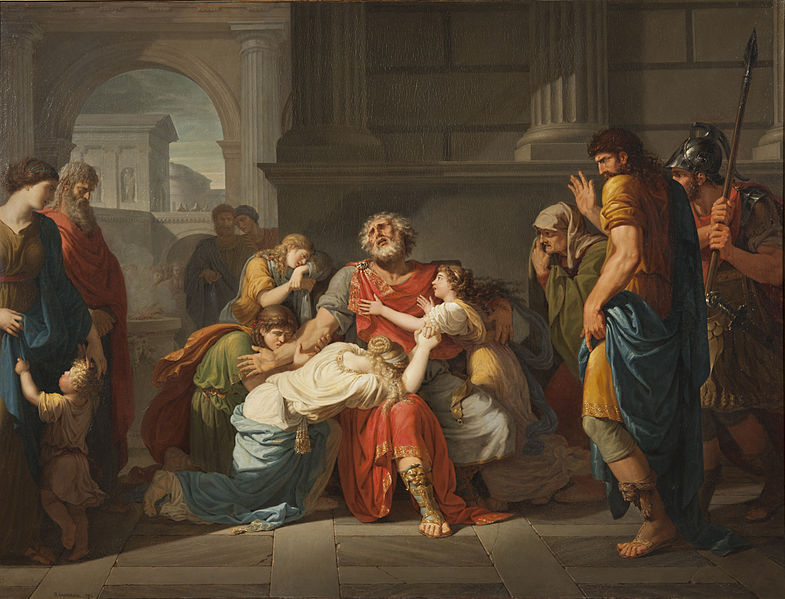 Many of Freud’s most groundbreaking ideas came from his own self-introspection and analysis of his subconscious, his childhood experiences, early sexuality and dream interpretation. The same was true of the psychosexual stages of development theory, as he found traces of such sexual development in his own life, and extrapolated it into much broader theories about human nature. Freud believed that the sexual desire for one’s opposite-sex parent was often kept repressed and out of conscious thought, but still had an impact on behavior, attachment and relationship-building during and after these key developmental years.

Although we often hear about this complex in reference to adults, Freud believed that this “stage” could be successfully completed and moved past once a child identified with their same-sex parent. Basically, a young boy may subconsciously want to replace his father and possess his mother, but in a positive outcome, this leads to greater identification with the same-sex parent. The boy will begin to identify with and emulate the behavior of the father, taking on parts of his personality, at which point it is said that the complex is “resolved” and the phallic phase of psychosexual development is complete.

If this developmental complex is not resolved, according to Freud, it can result in “mother fixation” or “father fixation”, depending on the gender of the child. This can lead to challenges in a person maintaining mature and balanced romantic relationships, and can also make their same-sex interactions and dynamics a constant competition. An unresolved individual would still move into the latency period, repressing these opposite-sex parent desires due to their inability to achieve them. 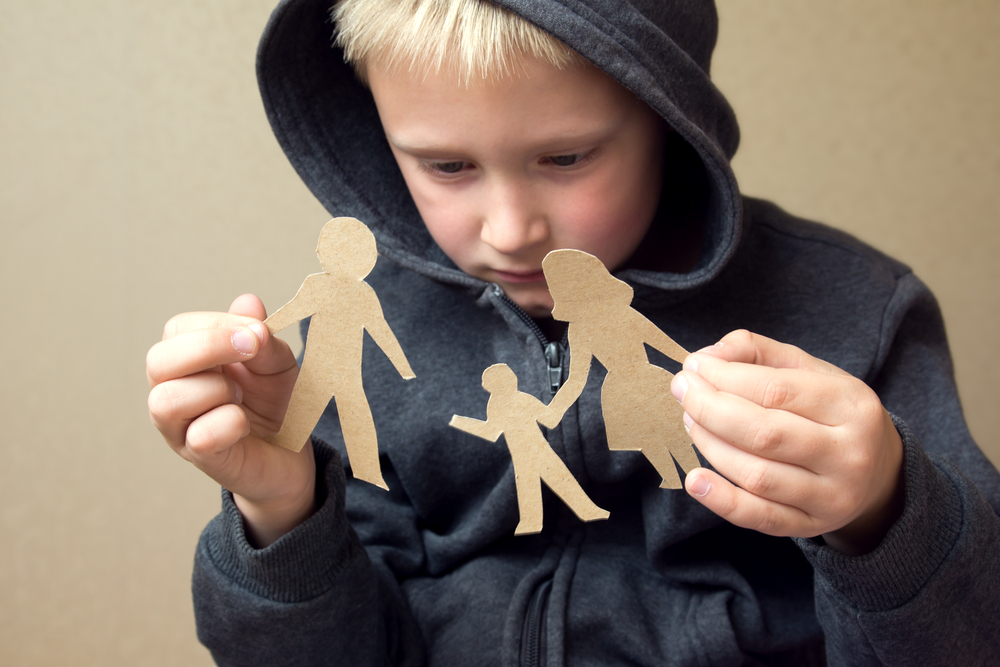 The reason that the Oedipus Complex is linked to the phallic phase of this theory is due to the idea of “castration anxiety”. In Freud’s view, while the id of young boys may want to replace the father, their far more realistic ego knows that they cannot eliminate their paternal figure. As the boy becomes aware of the differences between men and women, the boy fears emasculation by the father (through figurative authority and literal castration) due to his desire for the mother, leading the boy to identify with, rather than oppose, the paternal figure. This castration anxiety, and the complementary “penis envy” Freud theorized about young girls, is where history has poked some of the most significant holes in Sigmund’s ideas, as explained below.

Validity of the Oedipal Complex Theory

Carl Jung, another towering figure in the early days of psychoanalysis, referred to the same-sex parent desire in women as an Electra Complex, a parallel reference to a female character of Greek mythology who plotted the murder of her mother (Clytemnestra) as revenge for the murder of her father (King Agamemnon). This complex did not validate “penis envy”, arguing that women did not need to “change” or “resolve” their fundamental instrument to become female and develop a “normal” personality. However, Freud believed that his Oedipal Complex was applicable to both girls and boys, although it manifested in different ways.

One of Freud’s most controversial and now dismissed theories was that, just as boys suffered from castration anxiety, girls suffered from “penis envy”—once they realize that they lack a penis—for which they blame their mother. Similarly, as the young girl develops desires for her father, but realizes she cannot act on such desires, she further resents her mother. When the girl begins to identify with the mother and take on certain behaviors and personality traits, Freud would argue that she has “resolved” her phallic phase of psychosexual development. However, Freud also believed that if a girl failed to resolve this complex, it could result in excessive masculinity or aggressiveness as an adult, and avoid intimacy due to it being a reminder of what she “lacked” (penis envy).

As has been the case with many of Freud’s once-worshipped theories, modern progress and time have worn away the edges, revealing the cracks, fallacies and prejudices. Social biases at the time these theories were developed skewed strongly against women, and it is now believed that framing female sexuality within a masculine context is incorrect. Modern thinkers do not consider penis envy to be biologically-driven, but rather a symbolic statement regarding the inequality of opportunity and respect between the sexes.

It is now well-known that Freud held a number of false beliefs and biases against women, in general, which likely made it impossible for his view on their morality, development and mentality to be impartial. Additionally, while the signs and symptoms of the Oedipus Complex can be seen in large swaths of the population, they are far from universal, and fail to take into account changing familial structures, non-nuclear relationships, and the evolution of societal/sexual norms.

There is no denying that Sigmund Freud provided valuable insight into the realm of the subconscious, and understanding the psychosexual stages of development can be helpful when navigating the raising of a child. However, it is important to remember that this “complex” is derived from a theory, one that has been gradually debated, dissected and dismissed over the decades. The effort to comprehensively understand who, what, how and why we are continues; until we get those answers, don’t live in fear that some unresolved psychosexual stage is controlling your life, just do your best not to kill your father and marry your mother!