Home
Social Science
What Is Dialectics? What Is The Triad Thesis?

Dialectics is a process that makes use of contradictory statements to reach a firm truth. Hegel has been wrongly associated with some terms of dialectics.

It is well known that the use of philosophy to interpret life has been around since the time of the ancient Greeks. There have been many attempts to use philosophy as a tool to identify and establish processes that govern a human being’s life.

The famous Greek philosopher, Aristotle, came to one such conclusion, when he began advocating the idea of “Telos”. Teleology, simply put, dealt with finding processes and ideas that could be linked to ascertaining a final truth. This idea would go on to influence numerous well-known writers, including Hegel, whose work will come into focus in this article.

Dialectics is defined as a process that makes use of contradictory statements or ideas to reach an ultimate truth. In its most primitive stages, the philosopher, Plato, made use of the dialectical method, but was unable to perfect it. The problem he encountered was the problem of Reductio ad Absurdum or the problem of an impasse being reached in an argument. The two statements, being contradictory in nature, do not provide for an objective progression of the discussion, so the discussion gets limited to just those two statements. 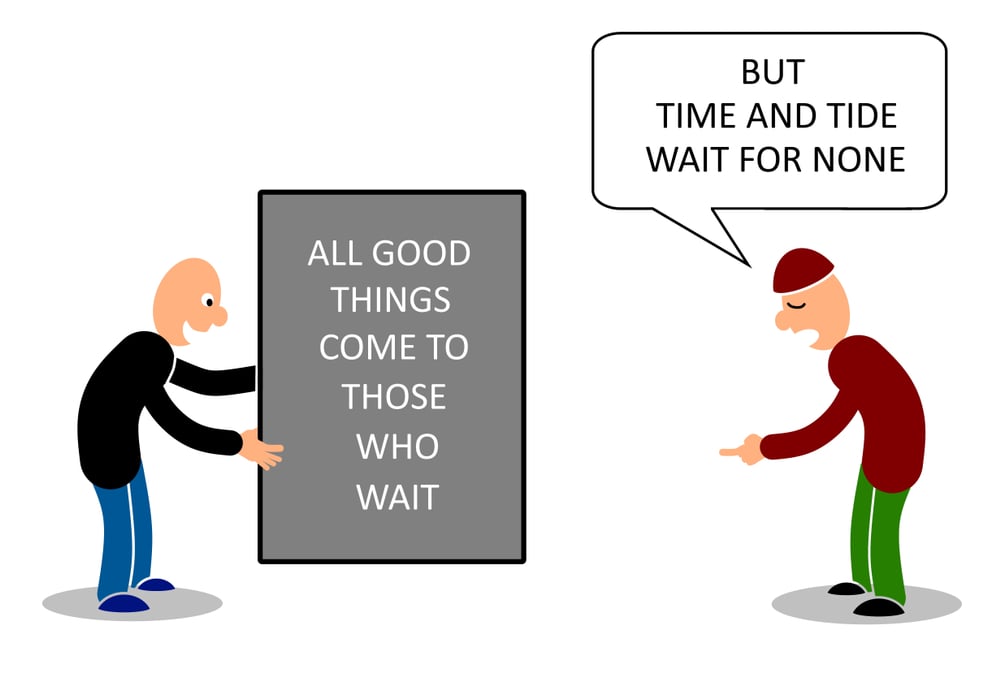 An example of a discussion that has come to a standstill due to two contradictory statements.  (Photo Credit : mypokcik/ Shutterstock)

When discussions like these repeatedly yielded no results, a question that naturally arose was “How should we logically proceed from here?” The answer to this question was a long one, and the time required to precisely formulate an answer continues to this day, considering that we still argue over appropriate terminology and terms.

The triad thesis was able to successfully eliminate the problem of the impasse. This happened through the identification of the contradiction in the original method, and the addition of a new component. Three components were identified that formed the base of this thesis. These three components are as follows:

To understand the triad thesis better, let’s go back to the picture that depicted a contradiction. In that context:

In the old opposition method, this is where the conversation would end. However, based on the triad thesis, a “synthesis”, or a new statement, is provided that contains components of both the thesis and antithesis. Hence, the synthesis becomes:

The synthesis comprises both the thesis and antithesis. It is, in some ways, a solution to the opposition that the thesis and antithesis create. Dialectics is an infinite process because it does not end with the formation of the synthesis. The synthesis then becomes the new “thesis”, which is countered by another “antithesis” and the process carries on. You can also try this out for yourself; try having a discussion with someone about opinions/virtues. You will see that the conversation can go on endlessly due to a simple phrase: “one thing led to another”.

Who is Hegel? Why is he important? Georg Wilhelm Friedrich Hegel was a German philosopher who was widely known for his analytical and inter-disciplinary theories. Hegel has already been brought up a few times in this article because he has written about dialectics in great detail. In his book, The Encyclopedia of Physical Sciences, he wrote about dialectics, how he interprets it, and why it is important.

Hegel was a huge advocate for the preservation of ideas, arguing that we need to preserve ideas because time passes and never stops. For Hegel, the “speculative moment” or synthesis was crucial because it was born out of preservation. The simple idea in dialectics that differs from the usual thinking process/discussion is that the original idea or original statement is not completely nullified; it is merely a contradiction that leads to another idea or topic.

Has Hegel been misinterpreted?

While it’s true that Hegel wrote about dialectics as a process, he never actually mentioned the words “thesis, antithesis and synthesis” in his writings. Hegel instead made use of terms like “concrete, absolute and universal”. To make his concepts simpler, Hegel used these terms instead of the words we looked at earlier:

The language and words that Hegel used were very obscure, so readers had multiple interpretations and other problems. Some critics have even called Hegel’s writings “gibberish”. The triad thesis became closely associated with Hegel because critics and other readers found it easier to convey Hegel’s thoughts using the triad thesis, not because he ever used or invented it. The first mention of those words was made by the German philosopher Immanuel Kant. Later, the triad thesis was greatly expanded upon by Johann Gottlieb Fichte, using the three words as the backbone.

Dialectics as a process is essential for all human beings to understand because in actuality, most of us think or carry out arguments through this process. We make use of dialectics all the time, but it happens subconsciously. Dialectics is an extremely versatile topic, as it can be found everywhere, in every field of study or aspect of our lives that can be reasoned or examined with logic. Due to this importance and prevalence, we should be aware of its history, who wrote about it and what has been said about it so that false claims or interpretations can be solidly refuted!

References
The short URL of the present article is: http://sciabc.us/SVWVU
Help us make this article better
Prev Article Next Article
About the Author