You can often spot a liar by paying attention to their facial expressions, body language, conversation style and usage of grammar when they are speaking.

Lying is a part of human nature, and has existed since language was first developed, and the idea of deception goes back even further. We have all lied and been lied to. The reason why lying is so prevalent is because it’s sometimes the easiest way out. Moving back to evolution and survival, we humans lied to gain resources to both survive and mate.

It is much easier to be deceptive rather than to physically engage in conflict. Even if we look at the animal kingdom, camouflage is a form of deception used by thousands of species. Tons of research has been done on liars and how to identify them to save ourselves from being conned. Now, let’s take a deep look at the underlying causes, rather than the superficial reasons that we all know.

Why Do We Lie?

We mainly lie to either protect ourselves or promote ourselves. We can protect ourselves from a misdeed or wrong action by covering it up with a lie to avoid facing the consequences. We also lie to remove ourselves from situations or people with whom we do not want to be associated. Remember the time when you broke your mother’s favorite possession in the house and put the blame on your sibling to avoid her wrath? We’ve all been there.

When it comes to promoting ourselves, it can be to gain a monetary advantage, a personal advantage, to create a good impression on a date or an interview, or just for the sake of a joke, so we lie. Other factors include altruistic activities like white lies, malicious intent and certain unknown motives that even the liar may not be aware of. 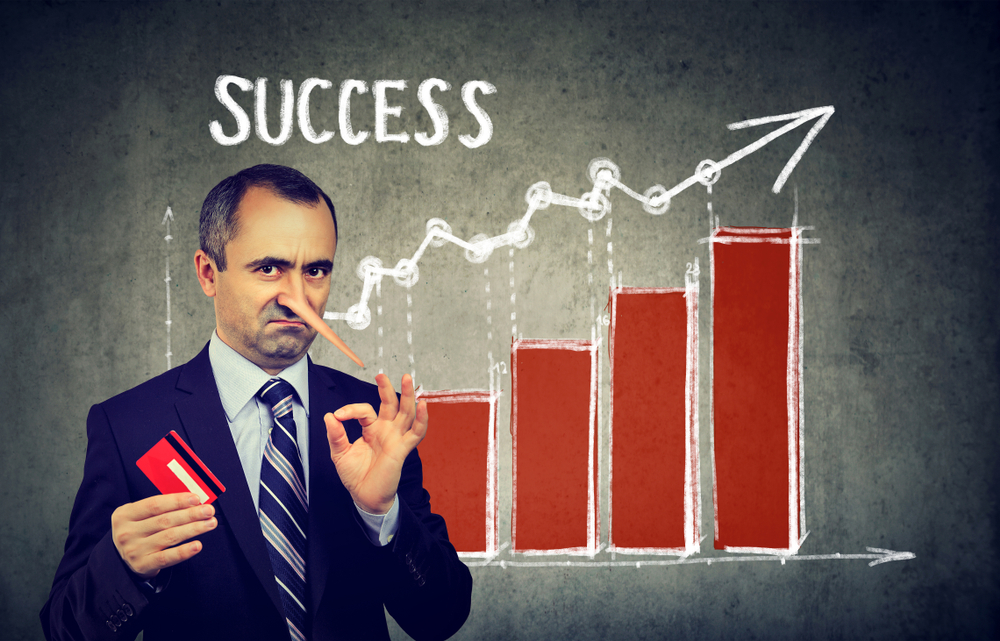 The Biology Behind Lying

Joshua Green from Harvard University scanned the brains of the subjects using fMRI (functional magnetic resonance imaging) and found greater activity in the nucleus accumbens, which is responsible for reward processing. The more excited this region gets upon hearing about the possibility of money, the more likely a person is to cheat and lie. Hence, greed can lead one to lie.

Another research study at the University of London suggests that smaller acts of deception can then lead to bigger acts. Chronic lying dulls the response of the amygdala, which is responsible for emotions, leading small lies to easily progress to bigger lies with fewer feelings of guilt.

Also Read: Can Dogs Tell When You Are Lying To Them?

How To Spot Liars In Verbal Communication

Detecting lies is an inexact science, but there are common markers that we can observe in liars on a general level. 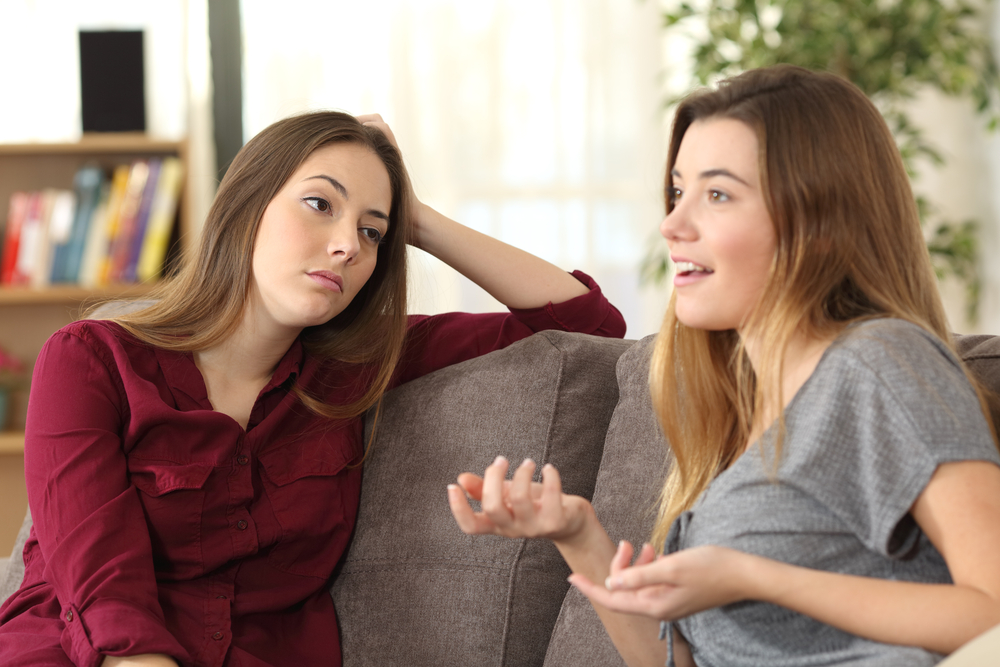 Increased pupil size due to higher concentration is one good tip off. Truth is always relaxed, but lying requires more focus and attention to spin a yarn that will not be questioned. Usually, liars or amateur liars are more nervous and will have a high-pitched voice and lips pressed together.

However, when the stakes associated with lying is high, the liar will have a very relaxed attitude, similar to a truth-teller, because he does not want to be caught. This may include a relaxed posture, less fidgeting and calm voice to pretend that he is really telling the truth. However, these people will be unusually still and maintain less eye contact with the listener or give too much eye contact.

Ekman and his associates (1978) came up with a Facial Action Coding System (FACS) that can detect micro-expressions lasting less than one-tenth of a second, but these can give important insight into the concealed emotions, such as anger and guilt, of even very good liars.

Liars usually take more time to answer the question because they need time to make up a story that seems true. However, when they are given time beforehand, they are usually quick to reply and speak less. The conversing style is usually negative, more complaining and less cooperative. Liars seem to withhold information, either due to guilt or the fear of being caught.

The stories told by liars are usually ambivalent and less logical. They use fewer hand movements and are likely to repeat words and phrases to avoid adding more plot to their false story. This repetition then moves to adding more and more words when the listener appears doubtful. This is known as the Pinocchio Effect, where just like Pinocchio’s nose, the number of words grows along with the lie. 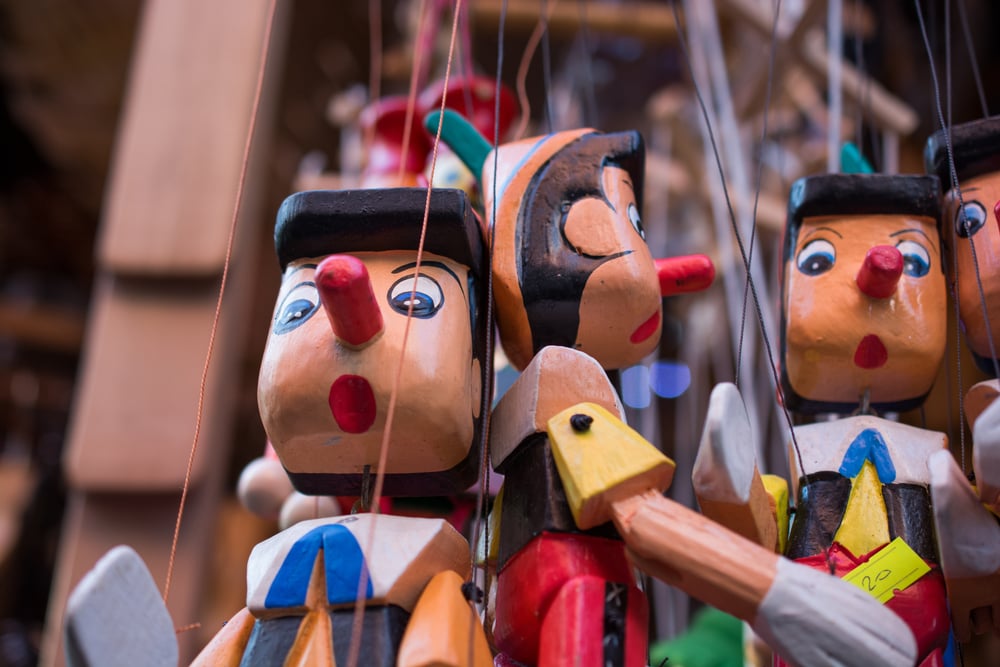 Just like Pinocchio’s nose, the number of words grows along with the lie. (Photo Credit : Berke/ Shutterstock)

Also Read: Does Our Culture Impact Our Body Language?

How To Spot Liars In Written Communication

Since the invention of emails, most business deals start with proposals sent via emails. It is very important for businessmen to save themselves from getting conned by empty commitments made via email. These are some ways in which we can identify a liar with the choice of words and grammar.

Lying can sometimes not be bad, like agreeing that the bride’s dress looked beautiful, when in fact it was ugly, but lying in business and deceitful partners can wreck entire lives. With that hard truth in mind, it is important to know how to identify when someone is lying so save yourself from a potentially perilous situation.