Static charge build up happens when there is an imbalance of positive and negative charges on a surface. This can happen when two surfaces come into contact with each other and some of the electrons are transferred from one surface to the other. The charge imbalance is static electricity, and it can accumulate on many different types of surfaces. When you rub two surfaces together, it creates friction which makes it easier for the electrons to be transferred from one surface to the other, and this is how static charge builds up.

Have you ever shuffled around a carpet floor in warm woolen socks, and felt energy start to tingle at the end of your fingertips? Of course you have; you’ve probably also tapped a friend and laughed at how much they jump when you shock them. If you have a lot of energy built up, you may even see a spark! 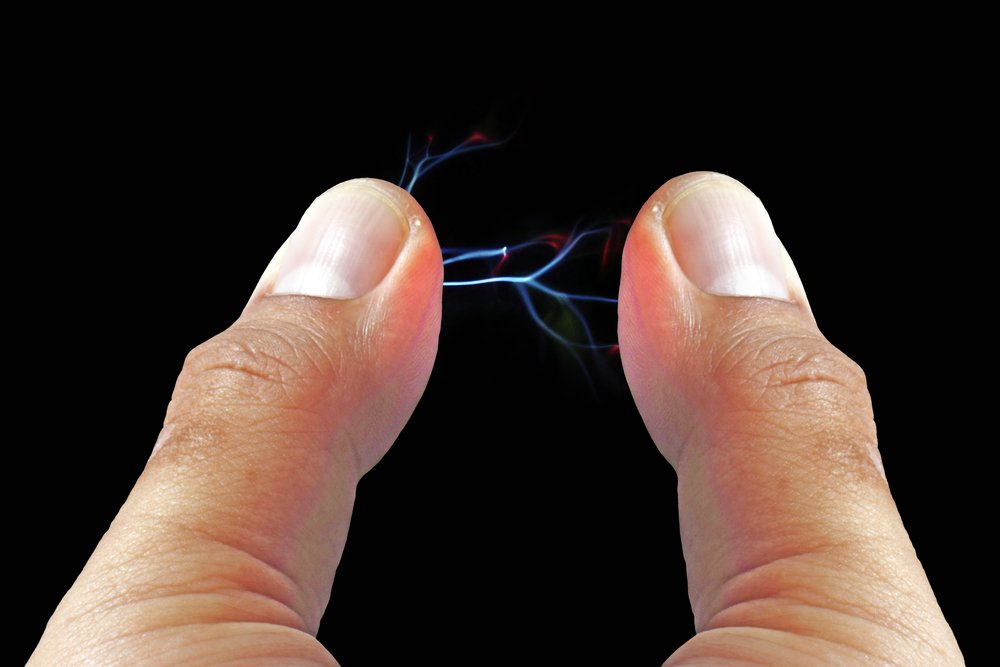 However, what is this energy that we seem to get at random times, providing us with the temporary power of Thor or Zeus himself?

Although the name isn’t as impressive as you might expect, static electricity is a part of every single day, so you should at least know what it is!

The Secret Power of Atoms 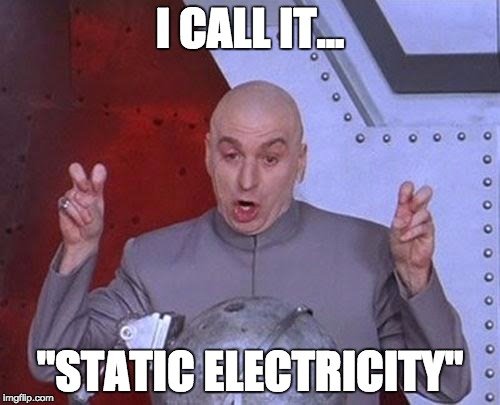 All matter is composed of atoms, and most atoms have a neutral charge, as the protons and electrons cancel one another out in terms of charge. However, electrons are also highly mobile, and can be transferred between atoms quite easily, in some cases. Now, when two materials with a neutral charge come in contact, some of the electrons may move from one surface to another, thereby creating an imbalance in the charge – and an accumulation of potential energy.

This charge imbalance is static electricity, and it can accumulate on many different types of surfaces. Imagine the last time you got out of your car (one that has a fabric interior) and slid your butt off the seat. Those two surfaces (your pants and the fabric seat) likely exchanged some electrons, and you may be able to feel the strange imbalance of energy – a tingling in your fingertips, perhaps?

Although nature seems pretty chaotic most of the time, it is always seeking some sort of balance. Therefore, when there is an imbalance in positive and negative charge in something packed with static electricity, it seeks out any way to re-balance or neutralize. When you ground yourself – by touching someone else, or some other object that conducts electricity, the static charge build up in your body will be transferred.

The cool thing about static electricity is that this transfer can be felt (and sometimes even seen, in the form of a spark), but unlike most other times an electric charge passes through your body (lightning strike, electrocution etc.), static energy is rather harmless. Basically, it is just nature trying to balance itself out – electric conductors seeking out electrons! 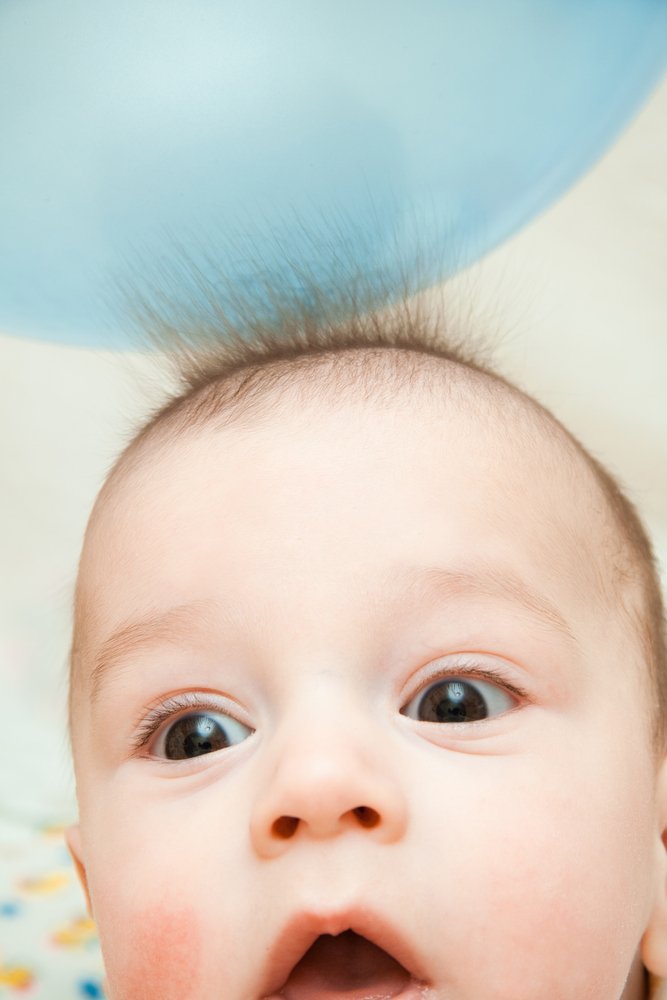 Similarly, when you rub a balloon on your hair, there is a transfer of static electricity, which is why that balloon will now stick to many other surfaces, and be attracted to your head! It is the natural attraction of positive and negative that brings the surfaces together – endlessly seeking a neutral charge, so the two surfaces stick together!

It seems like building up static electricity is always connected to rubbing of some kind, which seems a bit strange. Can we really affect things on the atomic level by rubbing two objects together? No, in fact rubbing is not the trick to building up static electricity. Contact between the two surfaces is all that is necessary; however, rubbing things provides thousands of unique positions of contact every few seconds, which greatly increases the chances of electrons swapping between the surfaces. 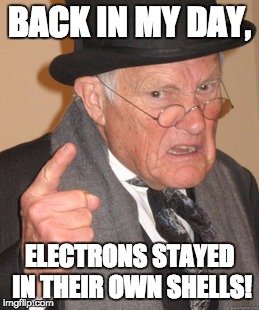 If you simply touch a balloon to your head over and over again, it would take ages to build up much energy. However, when you rub the balloon against your head, you build up static electricity very quickly. Weakly bound electrons are easy to steal, and materials with empty outer shells are happy to nab those electrons and create an imbalanced charge. This is called the triboelectric effect. There is actually a large list ranging from extremely positively charged to extremely negatively charged materials.

Researchers, scientists, engineers, and dozens of other professions have used this list to either utilize or avoid the potential energy of static electricity. Materials close together on the list are similar in charge, so it can be difficult for the electron swap to occur enough for static electricity to be generated. Imagine rubbing a piece of silver with a piece of gold… not much static electricity build up, right?

The Dangers of Static Power!

Although any amount of energy can be dangerous or useful, depending on its application, static electricity is usually generated in such small amounts that it poses no danger. 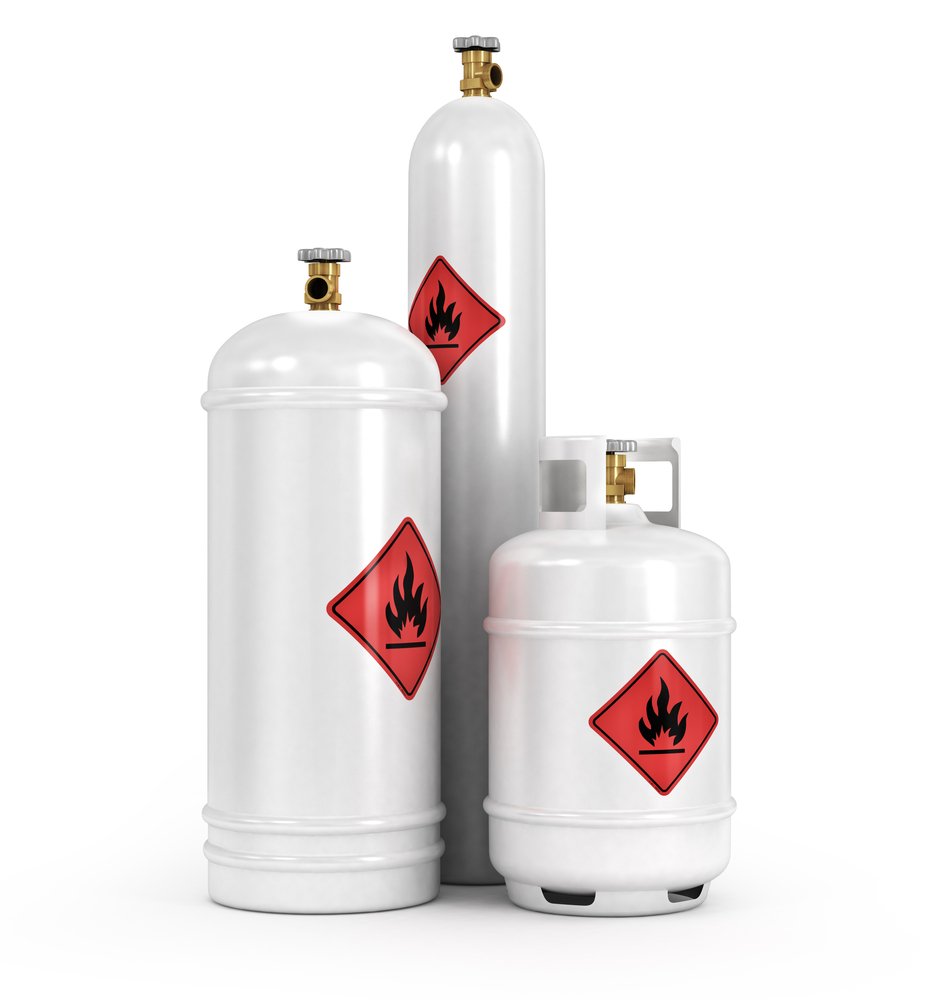 However, there are a few risks that you should always remember. If you are near flammable liquids or gases when you build up static electricity, a spark could ignite those materials and cause a massive explosion. For example, if you are near highly concentrated oxygen, static electricity can be deadly, as pure oxygen is highly reactive and explosive.

For individuals, these situations usually aren’t a problem, but in other applications (industrial, manufacturing, engineering), materials must be carefully chosen so as to not cause an unwanted build up of static electricity. You never know what a spark in the wrong place could cause!

Now that you understand a bit more of the science behind static electricity, perhaps you’ll think twice before scuffing along the carpet and sneaking up on your little sister to give her a shock that she’ll never forget! Static electricity is pretty cool, but with great power comes great responsibility. Use your potential energy wisely!