Cleaning the house is rarely someone’s favorite activity, but it must be done. Fortunately, there are some bright spots; you may find some extra change in your couch cushions, reclaim the gleam on your kitchen counter, or even encounter a mystery of physics! When it comes to cleaning ceiling fans, millions of people have been mystified by the appearance of a thick layer of dust sitting on top of the blades. 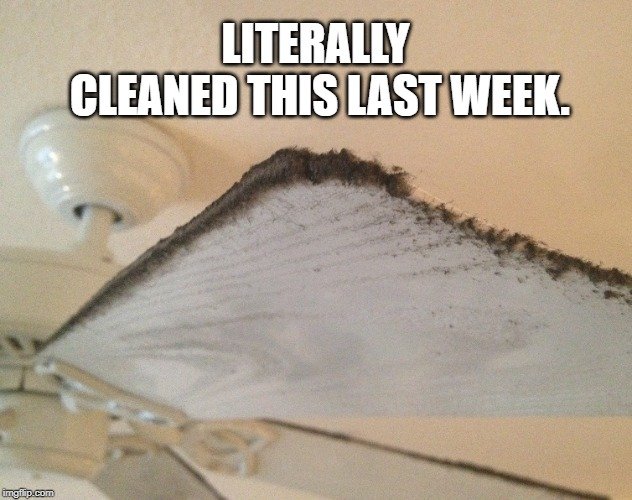 Knowing what we do about dust, and having likely blown the dust off a few bookshelves in our day, it seems impossible that a ceiling fan—which gets regular use—would be able to accumulate that much dust! The movement of the fan blades should surely send all of that dust spinning back into the atmosphere of the room, right?

To understand this bizarre phenomenon, we need to look at the composition of dust itself, as well as a few different fields of basic science, including electromagnetic forces and fluid dynamics.

The vast majority of dust in your home is—brace yourself—made of dead human skin and hair cells. Our bodies are constantly regenerating skin cells as they flake off by the thousands every single day. That adds up to a lot of microscopic dust particles floating in the air and swirling around your space at all times. If you have a pet, this problem is exacerbated even further. While there are other substances that compose a small percentage of dust in your home, such as the microscopic pellets discharged by dust mites who feed on your discarded skin and hair cells, the majority comes directly from your own body!

When it comes to plastic ceiling fans, which is what many of these dusty examples are, the electrical charge of dust molecules and the fan blades is very important. Most of the dust particles that are floating in your house has some sort of electric charge, which can often cause dust molecules to attract together—hence the dust bunnies underneath your bed. Additionally, fan blades move rapidly through the air, rubbing and brushing against air molecules, and pushing them out of the way. This results in a charge building up on the leading edge of a fan blade, something known as static electricity. 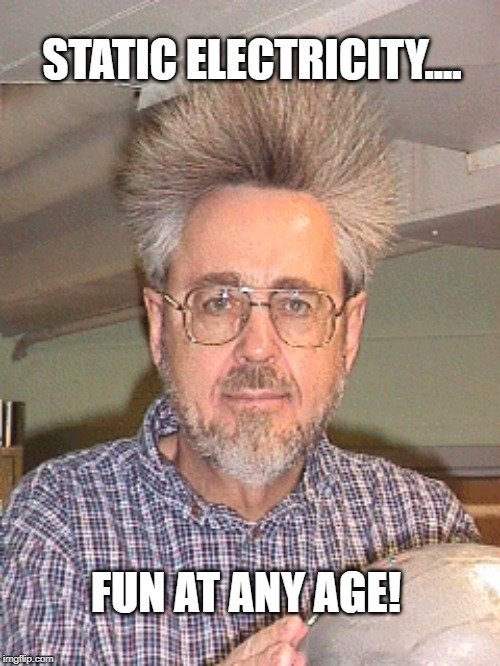 As the dust molecules pass through the air and interact with the leading edge of the fan blade, they become attracted to the charged edge, and thus stick there. The leading edge of the fan blade develops and maintains the most charge as a result of frictional forces, and thus pulls in the most dust. When you combine this with the dust molecules’ penchant for sticking to one another, and the significant level of dust on the fan blades makes a bit more sense! This particular explanation is only viable for plastic ceiling fans, and therefore only answers part of this questions. There is another field of science that explains the dust-loving nature of all fans, regardless of their material.

While the explanation above is applicable to plastic ceiling fans, static electricity does not build up on metal fans, but dust is still clearly present on the leading edge of those particular types of fans. To explain how this phenomenon is achieved without the aid of an electrical charge, one must look at fluid dynamics, the study of how liquids and gases move.

In the context of a ceiling fan, as the blades flow through the air, the speed of the air at the precise surface of the ceiling fan is actually zero. As you move further away from the surface of the fan blades, the speed and movement of the air increases, but at the exact point where dust can be deposited on the fan—the surface—there is very little air movement. Things as small as dust particles can be pressed against the surface and then kept there, particularly on the leading edge of the blade, and are then protected by a thin layer of inactive air directly above the surface. 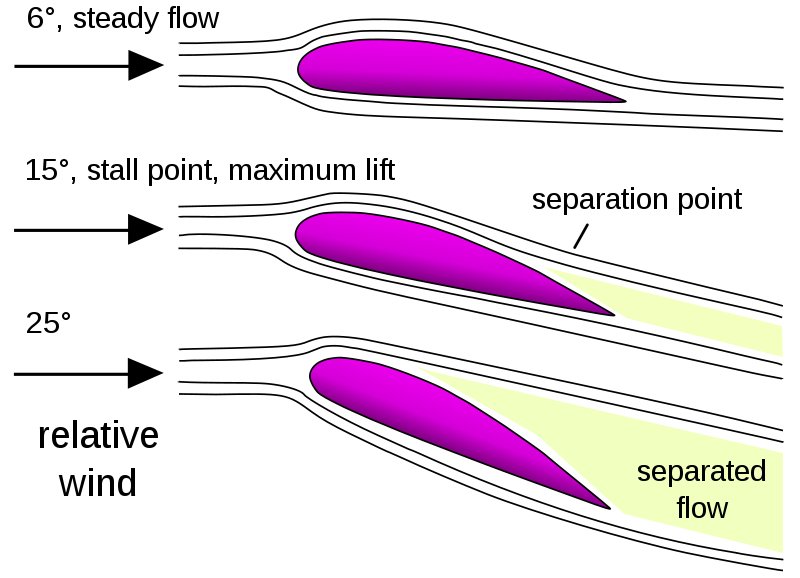 As mentioned, the higher above the blade you go, the greater the air movement and friction, which is why tall piles of dust on metal blades isn’t commonly seen. Over time, however, as more and more dust accumulates, it becomes the “new surface”, so a significant amount of dust can still pile up. The speed of the fan blade doesn’t affect this fundamental fact of fluid dynamics; in fact, the faster you set your fan, the faster dust will build up, due to the blades interacting with more dust particles!

Depending on the type of ceiling fan you have in your bedroom, you may be able to blame different natural forces for the collection of dust it keeps. However, what unifies all of us is that ceiling fans will always be dustier than we think—thanks to fluid dynamics or static electricity—no matter how fast our favorite fan setting happens to be!

Do you know why ceiling fans get so dusty?