Have you ever helped a friend rearrange their apartment for a big party, or just for a seasonal change-up of their space? Most items can be easily moved, but the heavy ones usually require some teamwork and joint effort. Before you start shoving the couch from one side of the room to the other, you typically discuss where you plan to move it, because you want to move it as few times as possible. 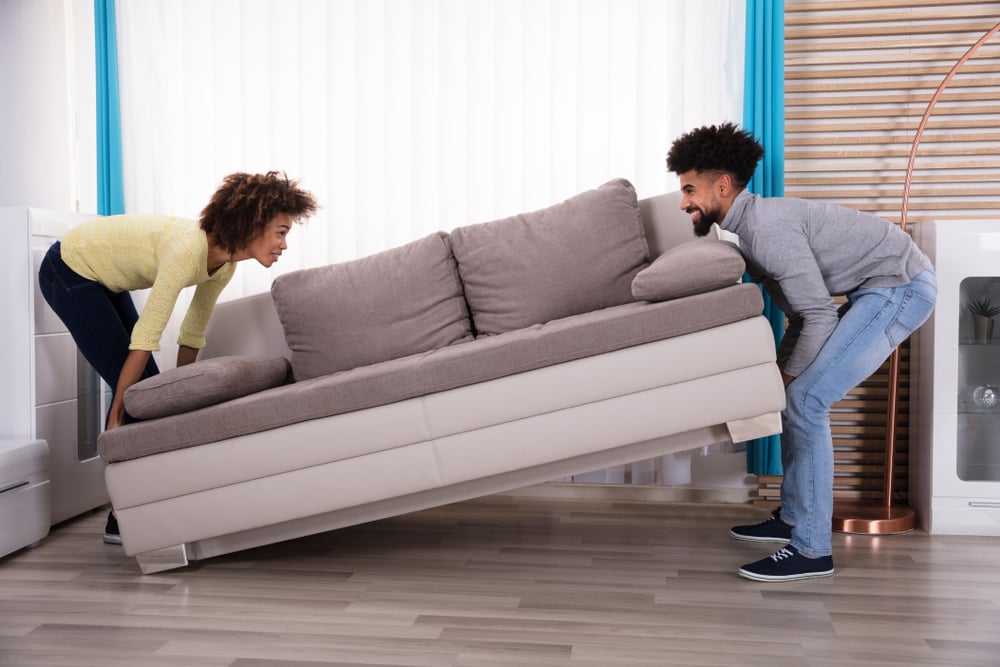 You might not know this, but the reason you prefer to minimize the number of moves is because of static friction and kinetic friction. Basically, once you actually get the large couch moving across the floor, it is much easier to keep sliding it along until it reaches the new location, rather than stopping every few feet to rest. Why is that the case? In more specifically scientific terms, why is static friction greater than kinetic friction?

The Science of Friction

For those who are unfamiliar with the word, “friction” is the resistance that one object or surface experiences when moving over another object or surface. There are various types of friction that apply to fluid layers and other substances, such as dry friction, skin friction, internal friction, fluid friction and lubricated friction. These can apply to different scenarios in which objects exist, from the friction of fluid running against the surface of the skin to the internal resistance of an object as it changes form (chemically or physically).

Friction is a critical force in the world, considering that it resists and stabilizes movement in countless different ways. We are able to run across the ground and gain speed because of the frictional forces between our feet and the ground, giving us the leverage to “push” forward against a flat surface. Similarly, automotive vehicles rely on friction to remain in control when flying down the highway or whipping around tight turns. The primarily result of friction is the creation of energy in the form of heat, because friction between two surfaces transfers kinetic energy into heat. However, not all friction is good, as it can also result in wear and tear, such as on the soles of your shoes, the floor-facing surface of your furniture, or the wheels of your car.

Today, we are going to look at the two varieties of resistance that apply to dry friction—the force that opposes the movement of two solid objects whose surfaces are in contact. The example above of the couch being moved across the room is a form of dry friction, the basic type that applies most often to our daily life. 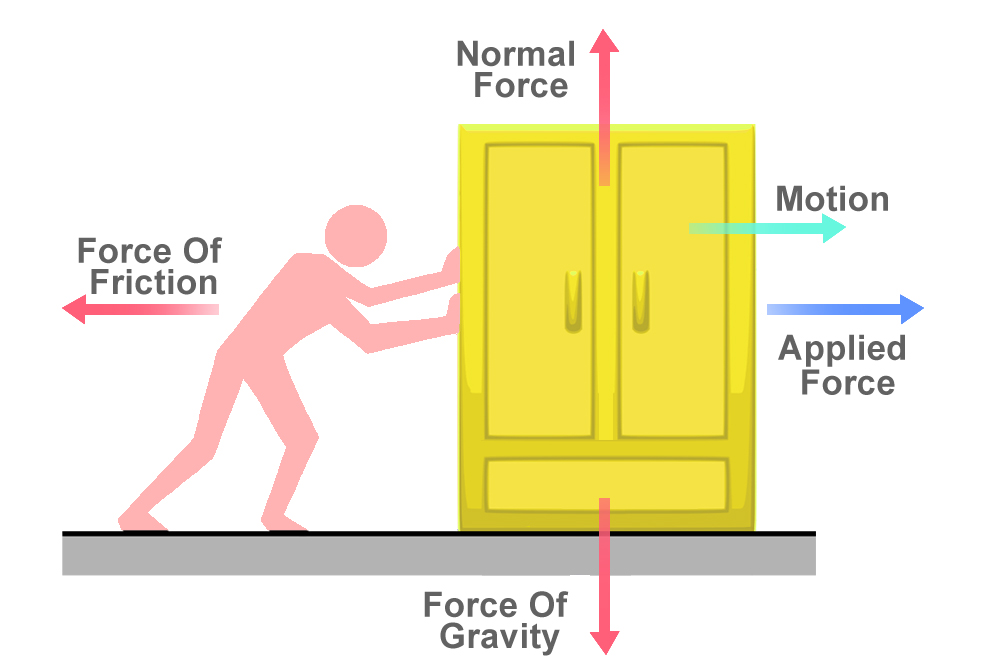 When discussing static friction, it is important to come down to the microscopic level. The surface of every object is uneven at the microscopic scales, regardless of how smooth it may feel to the touch. Even a brand-new linoleum floor, when examined under a microscope, will have peaks and valleys, like a topographical map of the surface full of mountain ranges and gorges. More formally, these tiny surface irregularities are referred to as asperities. When another object—with its own unique set of irregularities—comes into contact with the floor, these asperities interact with one another, and represent the actual points of contact between the two surfaces. While a box may appear to be sitting “flush” on the floor, this is only the apparent areas of contact; only the specific points where the microscopic irregularities interact are touching, which are called the real areas of contact.

At the molecular level, these real areas of contact are under enormous amounts of pressure, and intermolecular forces cause a form of bonding (cold welding) between the molecules. This creates adhesion between the two surfaces, one of the main elements of static friction that resist motion. However, that isn’t the whole story… the interference of the asperities causes an interlocking of the surfaces; in other words, the mountains of one topographical map may fall into the valleys of the other. This further contributes to static friction, because those areas of the surface must be deformed or shifted through an applied force before the static friction threshold can be overcome. Between the intermolecular forces and the interlocking of surface asperities, static friction represents a significant force!

Kinetic friction, on the other hand, appears at the moment the static friction threshold is overcome, namely, the moment an object begins to move against another surface. Once the intermolecular bonds are broken and the asperities of the surfaces are disentangled, the surfaces can slide against one another. This is not to say that all opposing forces are removed, but they are reduced. Some interaction between the asperities of the surfaces will continue, but they won’t have enough time to “settle” into one another due to the constant movement. Similarly, the intermolecular forces between the two surfaces that result from compression will not develop. 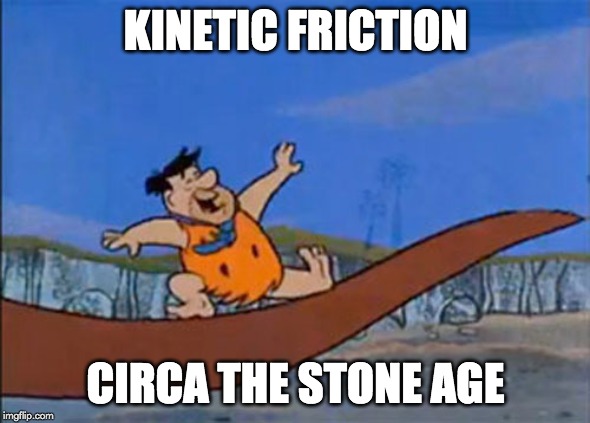 Once the two forces opposing motion are eliminated, movement can more freely occur, meaning that the force of kinetic friction is less than the force of static friction. In practical terms, you will not need to apply as much force to keep the object moving as you needed to get the object moving in the first place. By keeping an object in motion as you slide it across the surface of another object, rather than stopping and allowing static friction to reinstate itself, you reduce the overall energy expenditure required to complete the movement.

Our lives operate in a constant flux between kinetic and static friction, between movement and stillness. Understanding the basic physics behind these types of friction gives you a greater appreciation for how everything moves through the world, and may also be a guiding force next time one of your friends asks you to help feng shui their apartment!

How much do you know about static and kinetic friction?