Before we talk about the differences between epimers and anomers in more detail, it helps if we first understand what stereoisomers are all about.

What Is A Stereoisomer?

In order to understand what a stereoisomer is, it’s crucial to know a thing or two about isomerism in general. An isomer is a molecule that has the same molecular formula as another molecule, but possesses different chemical properties. Another way to say this is that isomers contain the same number of atoms of each element, but the arrangement of these atoms is different.

The different types of isomers, including position isomers 2-fluoropropane and 1-fluoropropane on the left (Photo Credit : Vladsinger / Wikimedia Commons)

There are two kinds of isomerism; structural isomerism (wherein functional groups are attached in different ways) and stereoisomerism.

Stereoisomers are isomeric molecules whose molecular formula is the same, but the 3-D orientations of their constituent atoms in space are different. Stereoisomers are further divided into two types: enantiomers and diastereomers.

Enantiomers are stereoisomers that are non-superimposable mirror images of each other. Also known as optical isomers, these have similar physical properties.

An anomer is actually a kind of epimer that differs in configuration, especially at the acetal/hemiacetal carbon. 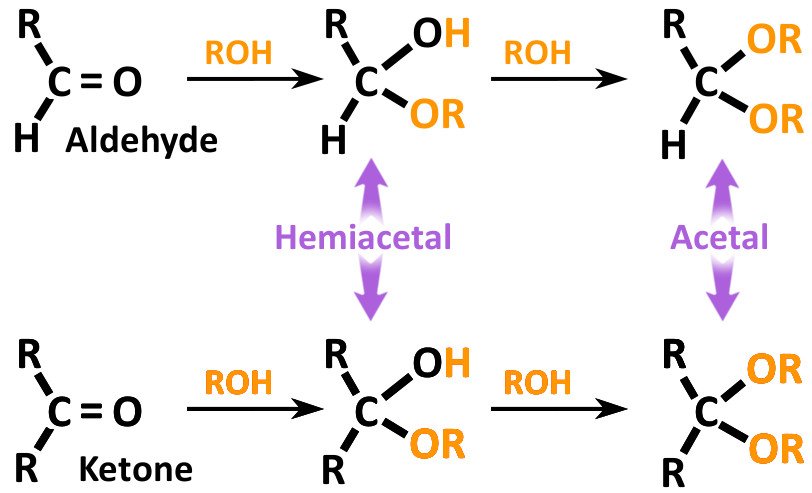 Refer to the following figure with two stereoisomers of chlorobutane.

Also Read: What Are Monomers And Polymers?

On the other hand, in the stereoisomeric structures of tartaric acid, you can see that the two epimers (i.e., (2R,3R)-Tartaric acid and (2R,3S)-tartaric acid) differ in the absolute configuration at the C3 stereocenter. 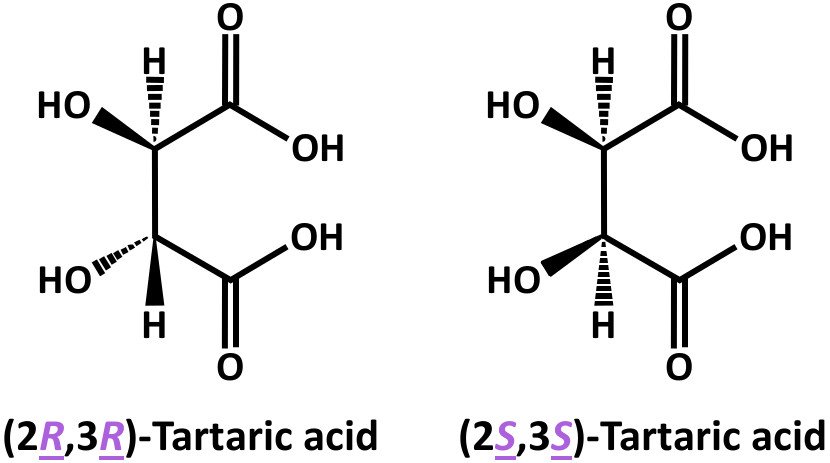 Note that tartaric acid has two stereocenters, which is why these epimers are diastereomers.

In many cases, it so happens that carbohydrates exist in cyclic/acyclic forms. During cyclization, the carbon in the carbonyl group converts into a new stereocenter. Such cyclization results in the formation of two diastereomers, which differ in the position of the attachment of a certain functional group (Source). The new stereocenter is called the ‘anomeric carbon’.

The following figure should help to visualize this: 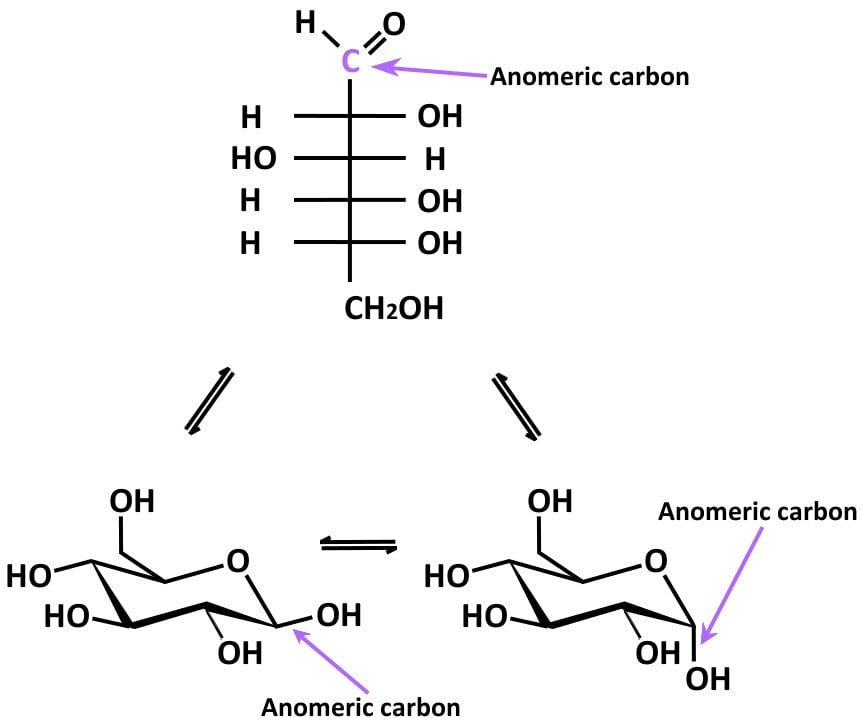 Note that the two stereoisomers (in the figure above) differ from each other in the configuration of C-1.

Also Read: What Are Esters? – Formation, Properties And Uses

How much do you know about epimers and anomers?