Mymaridae, a family of chalcid wasps referred to as fairy flies, are the smallest known organisms with multi-chambered hearts.

Last night, I was browsing through my YouTube feed when I came across a rather interesting video. It was about the Etruscan shrew, the smallest mammal on earth by weight, and its heart is mind-blowing, beating at a staggering 1500 BPM! This got me wondering about the smallest known organism with a multi-chambered heart.

After all, while the Etruscan shrew is the smallest known mammal, it’s hardly the smallest organism. As I soon discovered, the answer to this question is much more complicated than one might originally assume. To answer it, we need to understand the different circulatory systems that exist in the animal kingdom. 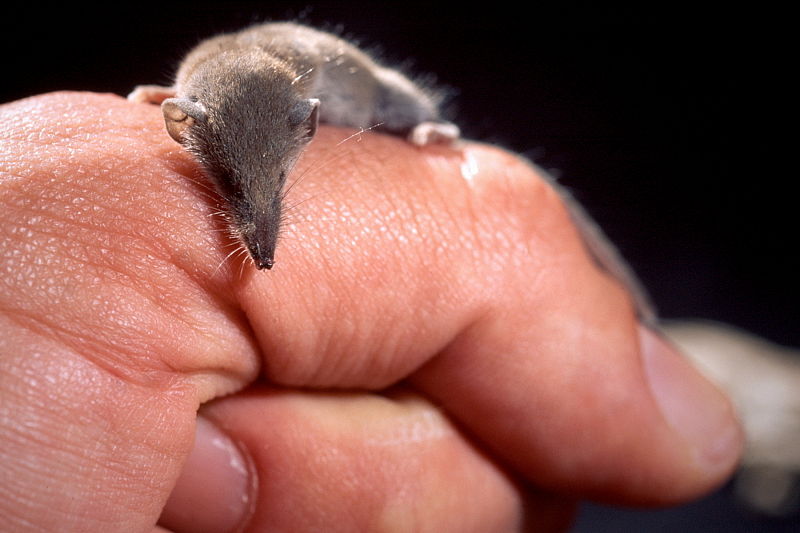 An Etruscan Shrew on a hand for scale (Photo Credit : Trebol-a/Wikimedia Commons)

Organisms with hearts don’t always have a circulatory system that works like a mammal, or even like an amphibian or a fish. The circulatory system in most multi-cellular organisms functions as a method of delivery for blood, hormones, nutrients, etc.

It’s important to note that not all circulatory systems are dually responsible for the transfer of oxygen. For example, in insects, the hemolymph (blood in arthropods, not to be confused with hemoglobin) does not transfer oxygen, which is instead done by the tracheal system (respiratory system).

Circulatory systems come in two kinds: open and closed. Mammals, amphibians, reptiles, and birds all have closed circulatory systems, while arthropods have an open circulatory system. The two systems are different based on how blood flows within the body of the organism and what functions the blood carries out. 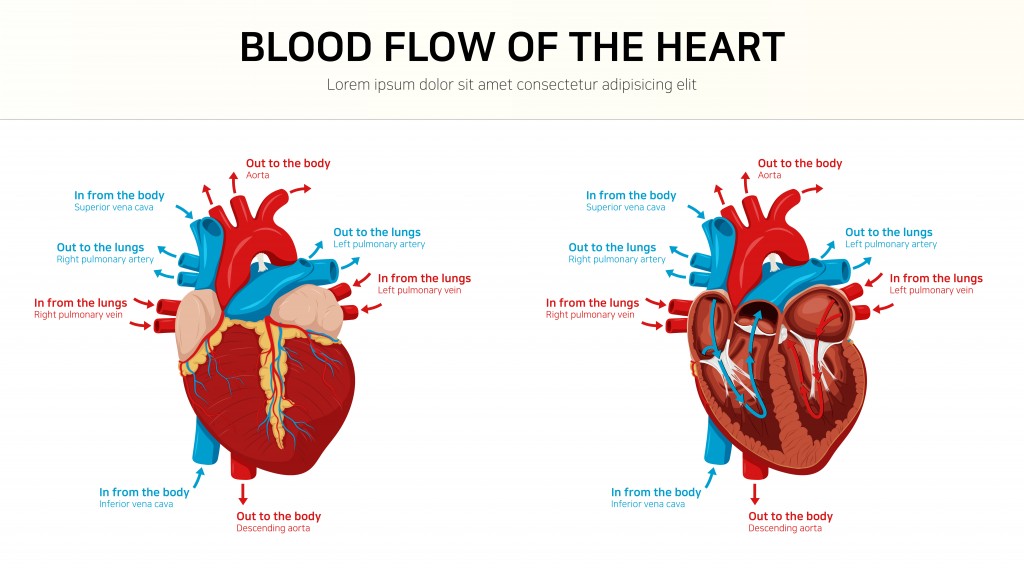 Flow of blood in a human heart (Photo Credit : cono0430/Shutterstock)

On the other hand, in an open circulatory system, the blood is not held within blood vessels; the blood (usually referred to as hemolymph in this context) flows freely within the body cavities and comes in direct contact with the organs and tissues of the organism. This means that arthropod hearts aren’t very similar to the hearts in closed circulatory systems.

In an arthropod, the dorsal vessel is the organ that performs the function of keeping the hemolymph flowing and moving within the body of the arthropod and is therefore referred to as the heart. It runs from the abdomen to the head and is divided into multiple chambers by valves called ostia. These valves ensure that blood only flows in one direction. The actual beating of the vessel is caused by the alary muscles, which are laterally attached to each chamber.

Ultimately, which organism has the smallest multi-chambered heart?

The answer lies in a microscopic family of chalcid wasps called Mymaridae, which are often referred to as ‘fairyflies’ due to their wing shape being reminiscent of fairies, along with their tiny size. The size of these wasps ranges from 0.2mm-1.8mm (Source), making them almost completely invisible to the naked eye.

One would need a microscope to look at them properly! These insects are so tiny that moving through the air is like moving through soup for them, which is why they have hair-fringed wings that help them parse through the atmosphere. This family of chalcid wasps has 103 genera and over 1400 species! (Source) They are found all over the world in both temperate and tropical climates. 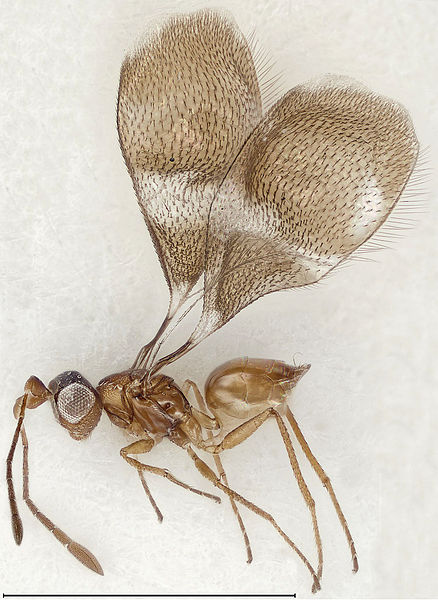 a specimen of a Richteria ara female standing at a 1mm in size (Photo Credit : Huber, J.T./Wikimedia Commons)

The Mymaridae are also parasitic. They lay their eggs in the same place as the eggs of other insects. When the larvae hatch, they use the eggs of the other insects as sources of food. As a result of this, they have been used in biological pest control programs and have shown significant positive results. Most notable results have been discovered in pests found in Eucalyptus trees in New Zealand, South Africa, South America, and Southern Europe.

Owing to the rather small size a good portion of the Mymaridae don’t develop hearts or tracheal systems in their larval stage, after all, everything they need to grow is found right where they hatch. Even as adults, their heart is diminished because of their microscopic size. These unique qualities make life as a microscopic organism possible.

It is safe to say that this family of chalcid wasps is truly fascinating and an ode to how life always finds a way to make it work.