Over the last few decades, microbiologists have found bacteria that are large enough to be seen with the naked eye. In 2022, biologist Olivier Gros published his discovery of an even larger bacteria, the extraordinary thread-like Thiomargarita magnifica, found in the mangroves of Guadeloupe in the Caribbean. Visible to the naked eye, these filamentous organisms oxidize sulfur for sustenance and can reach up to a centimeter in length.

When we think of bacteria, we often see them as disease-inducing unicellular organisms that reside everywhere, from the lining of our guts to the surfaces of the electronic device you’re using to read this article. However, there’s more to bacteria than these negative perceptions; some of them, such as probiotics, can be quite helpful for us.

Are there also exceptions when it comes to their size? 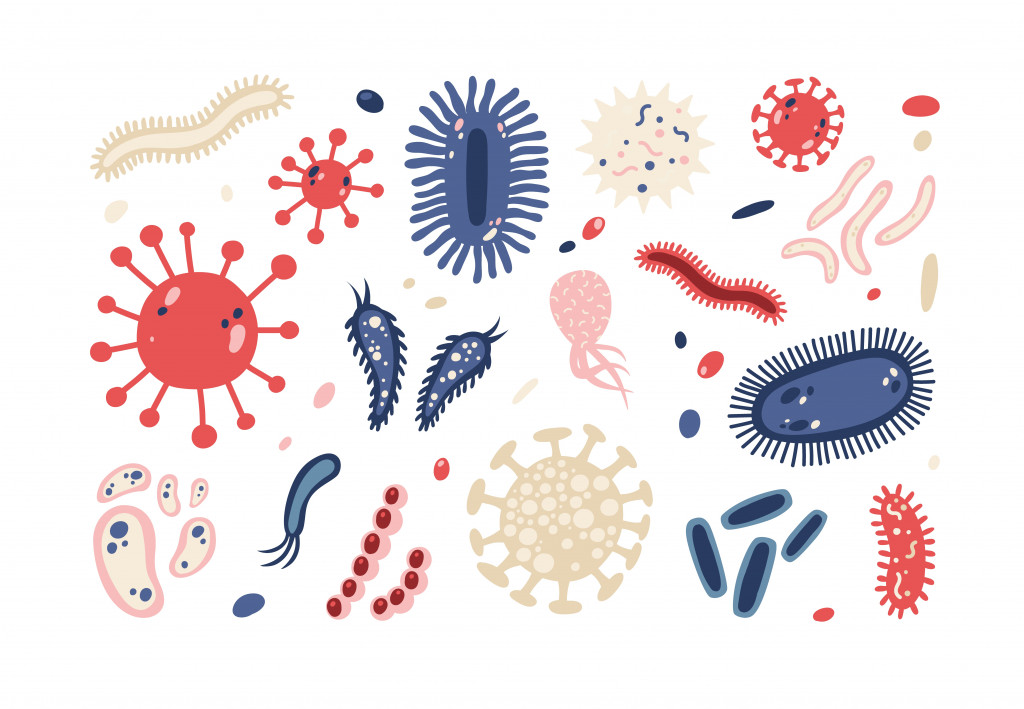 Microorganisms come in a range of shapes and sizes (Photo Credit : GoodStudio/Shutterstock)

Before we answer that, we need to be clear about what organisms are classified as bacteria.

Bacteria are defined as unicellular prokaryotes that lack definite membrane-bound cell organelles, and reproduce asexually. These organisms are highly adaptable and have diverse means of obtaining nutrition. They can be free-living, photosynthetic, heterotrophic and parasitic. The diversity of microbes extends to their shapes and volumes, which range from 0.4–3 cubic micrometers. They can be spherical, comma-shaped, rod-shaped or cylindrical.

The definition of these microbes suggests that they can only be viewed under a microscope, but is this always the case?

How big can these surprising organisms get, and can we see any with the naked eye?

Why Are Bacteria So Small?

Living cells are dependent on various processes, such as respiration, to generate energy and keep them alive. Complex, multi-cellular organisms like human beings rely on elaborate organ systems to ensure that the molecules essential to them, like water, oxygen and organic compounds (proteins, carbohydrates, fats), are made available to them in time. These materials must be transported from the environment to the inside of the cells where they can be utilized for the body’s needs. 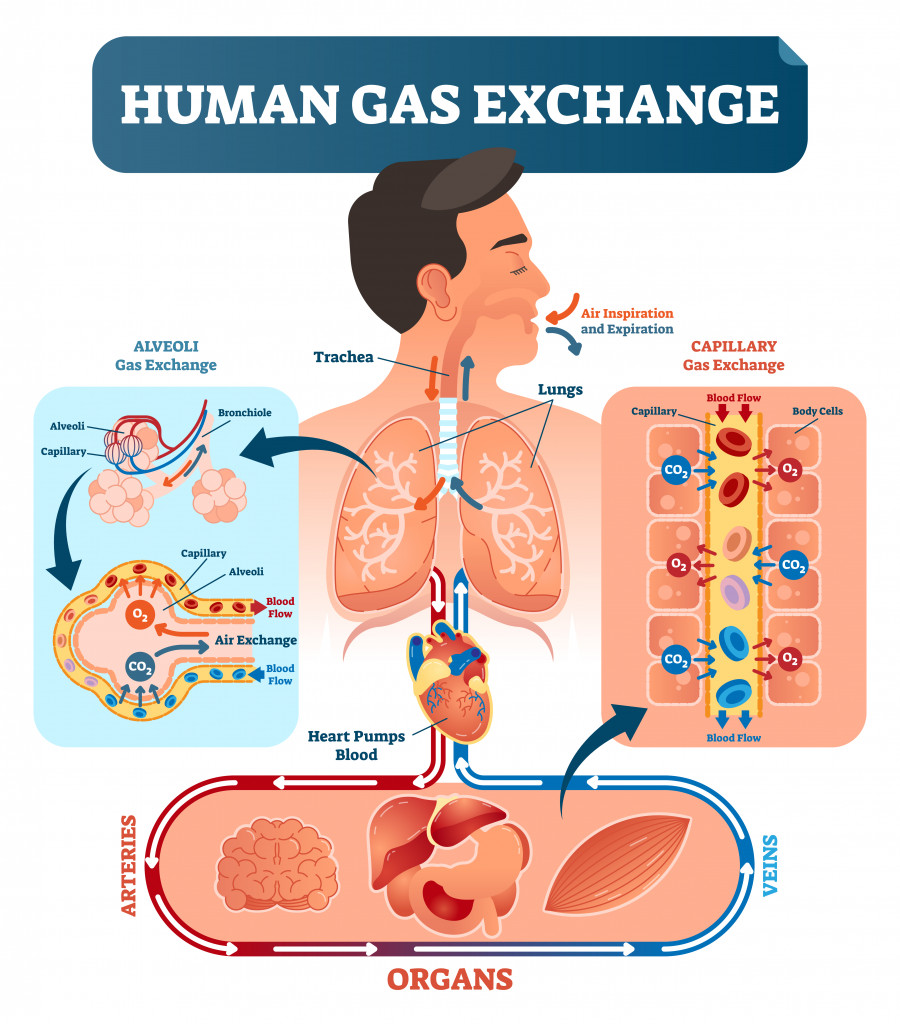 But remember, a bacteria is only a simple single-celled life form.

Bacteria perform diffusion to transport important molecules, such as water, gases (oxygen and carbon dioxide), and a few ions. This ensures that molecules will move from areas of high concentration to areas of lower concentration. Cell membranes facilitate diffusion, allowing for necessary molecules to diffuse in and waste materials to diffuse out.

They also use some energy to transport larger molecules, such as glucose, into their cells.

Also Read: What Is Bacteria? – A Brief Overview

Within the cell, most molecules then diffuse throughout the bacteria. 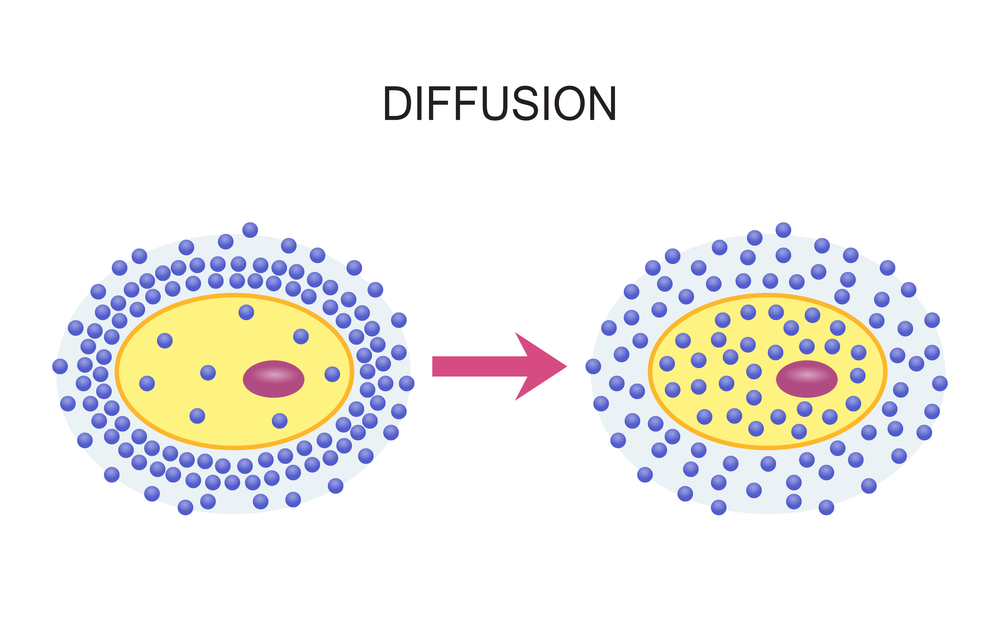 Diffusion only works on microscopic levels, as diffusion over large distances is highly time consuming. It is very efficient for the minuscule size range of 1 to 10 micrometers long, within which most bacteria fall. As organisms increase in size, their surface-to-volume ratio decreases, leaving less surface area for diffusion to take place. Without specialized structures and organs for transport, multicellular life would die while waiting for oxygen to diffuse through to all its cells.

But What Is The Biggest That A Microbe Can Get? 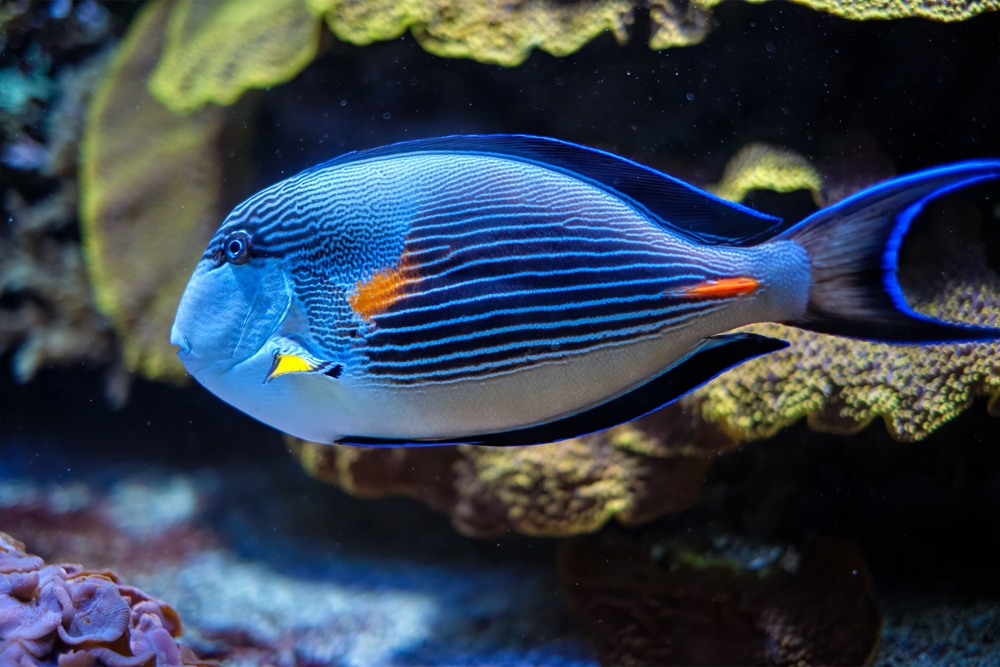 The guts of tropical marine surgeonfish are home to the bacterium Epulopiscium fishelsoni, which is one of the largest known bacteria. At the astonishing size of 200-700 micrometers, Epulopiscium surpasses most of its fellow microbes in size and can be viewed by the naked eye, but it is certainly not the largest of them all!

These bacterium have a lot more DNA than other bacterium, and it is strategically dispersed close to their cell membranes. Each of their genes act as a specialized biomolecular factory, meaning that metabolites are produced close to the locations where they will be used.

Epulopiscium shares similarities with complex eukaryotic organisms. They have specialized regions of the cell that act in response to local stimuli.

Size has never been a hindrance for Epulopiscium. They are covered with flagella and are highly motile, which facilitates the movement of nutrients, and thus diffusion. Their environment (the guts of the surgeonfish) makes these nutrients easily accessible for them. 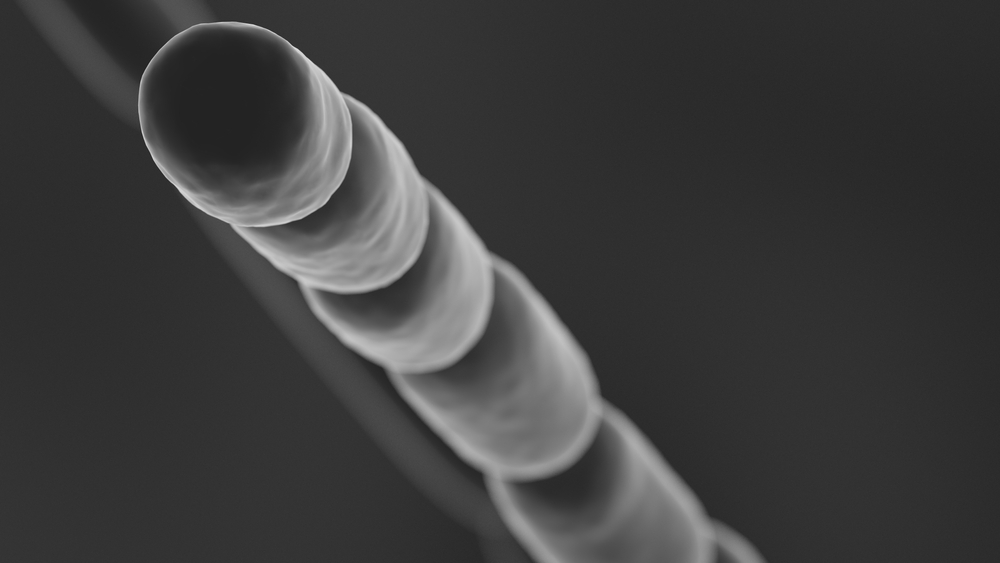 In 2022, biologist Olivier Gros published his discovery of an even larger bacteria, the extraordinary thread-like Thiomargarita magnifica, which is found in the mangroves of Guadeloupe in the Caribbean. Visible to the naked eye, these filamentous organisms oxidize sulfur for sustenance and can reach up to a centimeter in length.

Despite its size, it has been classified as a bacterium due to the lack of complex organelles, which are a characteristic of organisms higher up the hierarchy. The bacteria has a central vacuole that occupies 73% of its volume. This water and nitrate-filled sac acts as a nutrient deposit and squishes the cellular components close to the cell membrane, which ensuring that long-distance diffusion isn’t needed.

Also Read: If We Can Grow Bacteria In A Lab, Why Do We Only Know About 1% Of Them?

Instead of floating freely around the cell, the genome of T. magnifica is stored in thousands of membrane-bound bodies. Each of these bodies, termed pepins, contains instructions on constructing and metabolizing proteins according to cellular needs. The specific workings of pepins are pending investigation, but researchers believe that they bear similarities to eukaryotic cell organelles.

In the past few centuries, we have gone from not knowing anything about the existence of bacteria to finding out about myriad bacterial species that overcome their physiological limitations in astonishing ways. Of the 8.7 million species that have been estimated to exist on Earth, 86% of species still await discovery,  so it won’t be a surprise if bacteria larger than T. Magnifica are somewhere out there right now, hiding just under our noses!

​Vanshika is a biology enthusiast with a passion for understanding all things living, and the psychology underlying the multifaceted behavior they exhibit. Every mundane activity, from her favorite cup of morning coffee to that ethereal piano piece she loves to play can be linked to some scientific concept or the other; something she is passionate to simplify for everyone to understand. When she’s not studying, you can find her flipping through the pages of a novel (probably critiquing and questioning the realism of the premise); or challenging her creativity by working on an artwork