Triatomines, or kissing bugs as we commonly call them, are a group of ectoparasites (organisms that live on the skin of a host and survive by sucking their blood). Kissing bugs pass on Trypanosoma cruzi, a parasitic protozoan that causes Chagas disease.


When someone first told me about kissing bugs, I imagined them as tiny and adorable creatures, like those we might see in children’s books. I pictured them to be beautifully colored ladybugs that fly up and plant a peck on our cheek during a morning walk.

Clearly, I had painted a very romantic picture of these tiny bugs, so I was shocked after I learned a bit more about them. In fact, they’re not romantic at all… and are actually quite sinister.

Don’t be fooled by their name, despite how adorable it may sound! (Photo Credit : zooco/Shutterstock)

What are kissing bugs?

Triatomines, or kissing bugs as we commonly call them, are a group of ectoparasites (organisms that live on the skin of a host and survive by sucking their blood). These insects grow up to a little over an inch. They have a tiny cone-shaped head attached to a flat, oval body that is usually either black or brown with orange stripes along the edges.  Kissing bugs have long and thin legs, but unlike other insects, they don’t have any bulges on their legs. The stripes on their sides make them easily identifiable. (Photo Credit : schlyx/Shutterstock)

Where are kissing bugs found?

There are over 150 species of Triatominae found across the world. They are endemic to central and southern America, but are also found in India, Africa and various Middle Eastern countries.

Most kissing bug species are found outdoors, in the homes of wild vertebrates, such as in burrows or nests.

You may also find them underneath porches, rocks, cement, and wood. Some bugs are found indoors, especially in places where pets are kept (dog houses, chicken coops).

These insects can enter homes through small cracks and holes either on the walls or the foundation. Humans may also come in contact with these insects when they enter forests or when the insects themselves colonize human settlements. You may readily find kissing bugs in our households, crawling beneath our porches. (Photo Credit : otongodi/Shutterstock)

The life cycle of kissing bugs usually lasts between three and six months in tropical regions, where temperatures are warm and where food is widely available. However, in colder regions, their life cycles may last for longer durations, typically one year. These insects hide in burrows to avoid harsh winters and pass through several nymphal stages while hiding.

Mating among kissing bugs is relatively short and usually lasts around ten minutes.  Females mate with multiple males and can lay hundreds of eggs throughout their lifetime. Adult kissing bugs can live anywhere between six months and two years, depending on their species and access to food.

After reading about how they look and behave, you may be wondering why they’re such a big deal? They don’t seem all that deadly, so why are they so famous?

Chagas is a vector-borne disease, meaning that it is passed on to humans and animals by insects.

All kissing bug species can transmit Chagas disease. However, kissing bugs belonging to the Triatoma genera are especially worrisome, as they can adapt to domestic environments, thus infecting both humans and domesticated animals.

Chagas disease was first described in 1909 by a Brazilian physician, Dr. Carlos Ribeiro Justiniano Chagas. This disease is very common in Latin America, where over 8 million people have been infected in the past. While it is less common in the United States, there have been over 300,000 infections in the past, mostly among those who have travelled to Latin America. Chagas disease is nasty, and those who are infected experience two bouts (or stages) of the illness.

The initial acute phase, which occurs within a week of exposure, lasts for roughly two months. It is very difficult to diagnose the disease during this phase because the symptoms mimic other mild illnesses.

People complain of swollen eyelids, fever, headache and muscle pain during this phase.

See how it may be difficult for a doctor to diagnose this disease?

The chronic phase, on the other hand, is much scarier, as symptoms can show up after 10 or 20 years! During this phase, the ectoparasite hides in the body while causing damage to the heart and digestive tissues. Nearly 30% of all patients experience cardiac problems, and another 10% suffer from digestive and neurological issues. However, the infection can also cause sudden death in later years from heart failure.

What is the mode of transmission?

Pathogen infections within Triatominae colonies occur because of their blood-feeding behavior. Kissing bug species feed on the blood of different vertebrates throughout their life cycle. In fact, kissing bugs need at least one blood meal to transition from one nymphal stage to the next.

Their dietary needs and behavior thus set the stage for them to become potential carriers of pathogens.

Humans and animals contract Trypanosoma cruzi when they come in contact with the feces or urine of infected traitomine bugs. These insects are nocturnal, and spend much of their day hiding. During the night, they feed on the blood of their host, usually by biting the exposed areas, such as the face (which is why they are known as ‘kissing bugs’).

Because kissing bugs rely on blood for their sustenance, they must ensure that their bites go unnoticed. Therefore, most hosts do not feel the bug on them or while it bites them. These insects defecate close to the bite, and the parasites then enter the host’s body when it smears the feces into the eyes or mouth. This is how the disease spreads into the host’s bloodstream. Kissing bugs are most active during the nights when we are fast asleep. (Photo Credit : GeoSap/Shutterstock)

On the other hand, T. cruzi can also spread through food (i.e., when an infected kissing bug or its feces or urine falls into food and is eaten). The infection can also be passed on from infected mothers to their newborn children during pregnancy, as well as during blood transfusions, moving from infected donors and organ transplants to new hosts.

As you can see, there’s nothing romantic about being kissed by a kissing bug. In fact, it is decidedly unromantic and even potentially deadly to be kissed by one! So, the next time you bump into a kissing bug, don’t touch it with your bare hands. Simply walk away and move on with your day. However, if it is in your house, bag it and send it to a lab to confirm that it is a kissing bug. You will also need to clean all the surfaces in your house with bleach to make sure all the residue and dangerous droppings from the bug is eliminated! 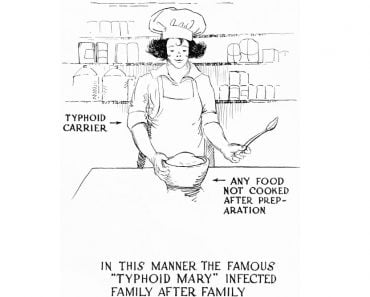