Kinetic Sand is a type of sand coated with silicone oils that allow the sand to both change shape under pressure, but also maintain its structural integrity.

Kinetic sand is a new craze amongst infants, children and even adults! Its a substance with a sand-like texture that conforms and breaks under the influence of pressure. With its ease in cleaning up and its silk-like texture, it is a toy that has many uses and a satisfying effect on people of all ages. 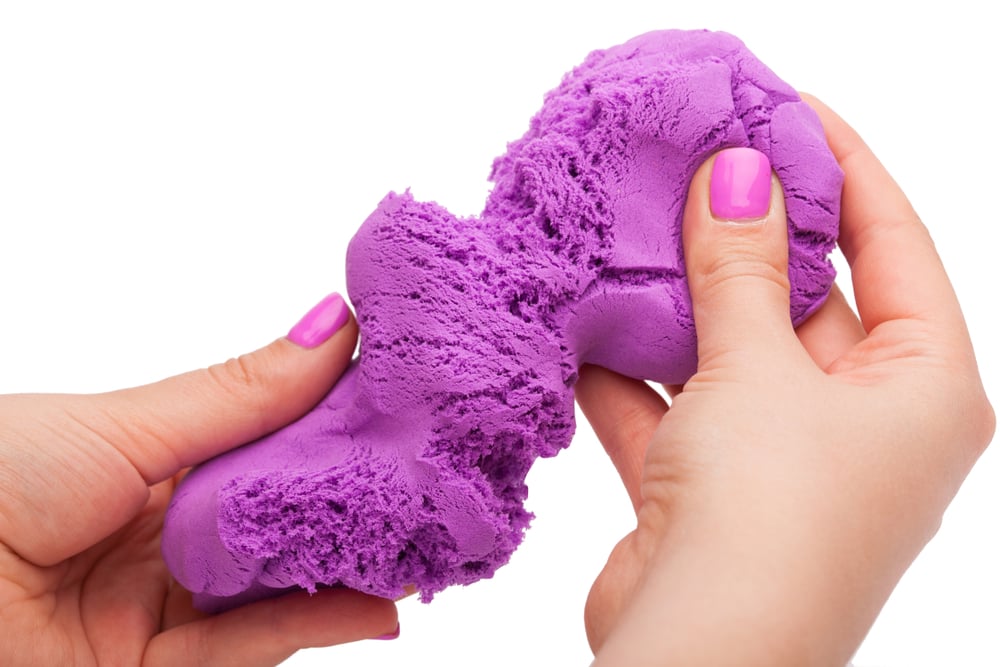 Kinetic sand is a type of sand that is coated with silicone oil. The particular oil that is used also includes a mixture of components made of silicon and oxygen. That particular mixture is utilized in several lubricants, as well as other items, such as shampoos and other types of cleansing lotions. This silicone oil coating allows the kinetic sand to display properties of a semi-solid and a smooth solid under pressure.

Another distinctive feature that this coating provides to the sand is that the particles only stick to each other. Unlike wet sand, which sticks to our hands, kinetic sand only sticks to itself, so it does not create a mess when it’s time to clean up. A simple maneuver of collecting the kinetic sand particles using a piece of kinetic sand will efficiently collect all the small detached sand pieces. When wet and dry, sand behaves differently. Dry sand particles maintain their shape, so when making sand castles, people utilize dry sand. If wet sand was used instead, the castle wouldn’t be able to maintain its structural integrity. Kinetic sand falls somewhere in the middle.

The most obvious use of kinetic sand is as a toy for toddlers and children alike. 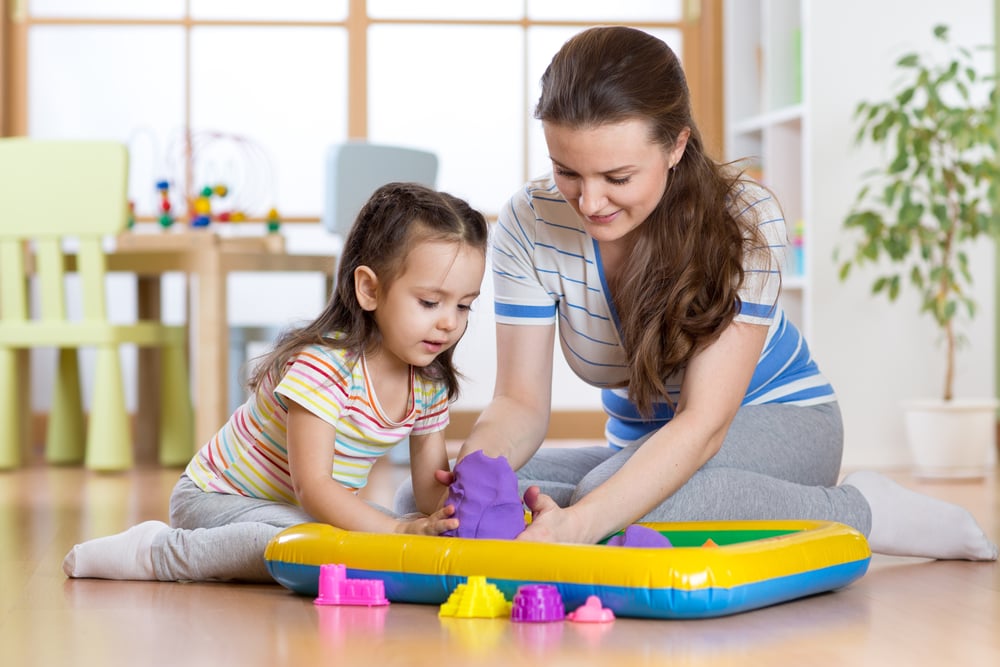 The substance is conducive to touch and play even at a very young age. It can even help develop motor skills for children. Due to its flexible nature, one is able to squeeze, pull and flatten the sand into different shapes. These movements at a young age help develop finger-based skills for infants. Moreover, the kinetic sand can be utilized with spoons, knives, hammers and other tools, which can introduce the usage of these utensils at an adolescent age. Moreover, kinetic sand is used to calm down the restless energy within children. The sand provides a calming tactile sense, helping to tranquillize any restless energy.

Sand tray therapy is another use of kinetic sand. This form of therapy utilizes a ‘wonder box’ where patients have access to tools that help them mold and create various figures. These constructed objects can then represent people, situations and challenges faced by the client. The wonder box is a representation of their world. These acts result in the therapist gaining a deeper insight into the perspective of the patient. Thus, the therapist is able to more accurately understand the emotions and situation the patient is experiencing. Often referred to as ‘sand play’, sand tray therapy was originally created utilizing trays of sand, along with water and other tools needed to mold the sand and get it to stick to a particular shape. The advent of kinetic sand replaced the need for water in the molding process, which made it simpler for patients to construct figures and tell their stories.

ASMR stands for ‘Autonomous sensory meridian response’ and is identified as the tingling sensation experienced by humans. It is triggered by certain sounds and affects the scalp, neck and shoulders. Many such sounds, like whispering or tapping, triggers ASMR. This phenomenon has taken over the internet over the past few years, with YouTube videos accumulating millions of views. The sounds created by playing with and using kinetic sand in general is also a sound that triggers ASMR. The following video is an example of how kinetic sand triggers ASMR.

Did you experience a satisfying effect on your body? Well, it can go either way with ASMR. Some people don’t feel the sensation at all, no matter how many trigger sounds they hear. This makes sense, as there isn’t yet a conclusive science behind the effect of ASMR, due to the lack research done on the subject. However, its immense following across social media platforms, especially on YouTube, suggests that ASMR could actually be real and cause a a trance-like sensation amongst people.

Kinetic sand allows adults to become children again and allows children and infants to grow and improve their motor skills. This relatively new invention allows access to a beach-like sand experience without the hassle or need to even travel to the beach, and acts as a great toy for infants to enjoy. Whether used in intentional therapy or just as a sound to trigger a feeling of satisfaction within, the invention of kinetic sand has been quite useful for its many worldwide fans.

The short URL of the present article is: http://sciabc.us/AIirQ
Help us make this article better
Prev Article Next Article
About the Author: