The biggest mistake that people make is trying to pull someone else out and extract them either with an object or with the help of another person (which is even more dangerous).

If your only source of knowledge about quicksand comes from movies, then you are highly misinformed. If you do step in quicksand in real life, you can’t sink until you drown, nor can you be saved by someone pulling you out with a piece of rope.

Although quicksand is certainly not harmless and has the potential to be fatal, it’s probably not dangerous in the way you think. You can be rescued or possibly even save yourself, but only if you exactly know what to do. 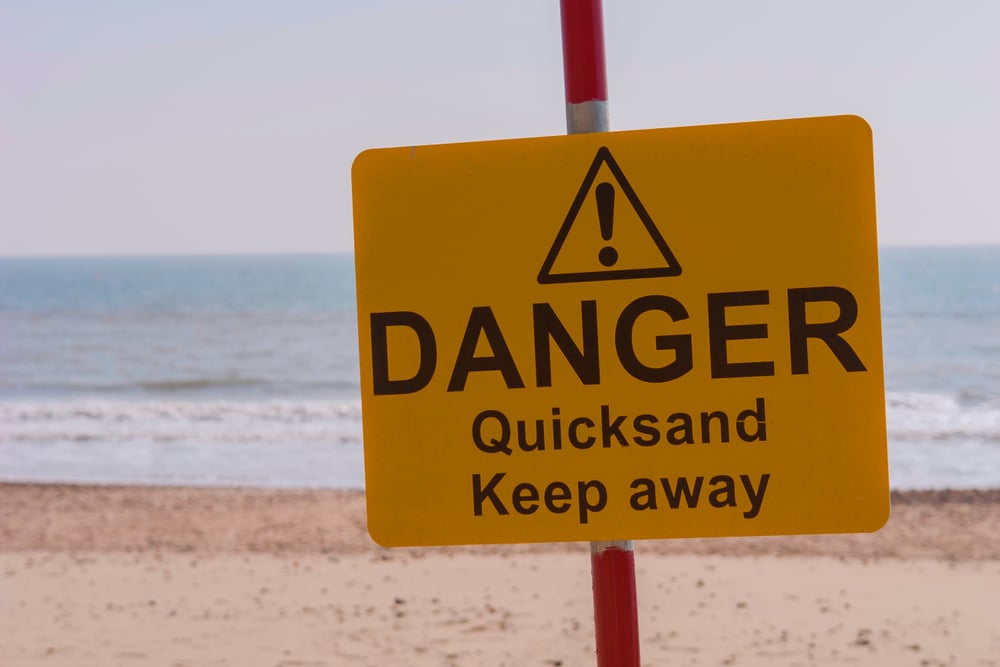 Quicksand is a mixture of sand and water, or sand and air, which looks solid, but becomes unstable when disturbed due to additional stress. This is different from normal sand, in which the grains are packed tightly to form a rigid mass. In normal sand, about 25-30% of the space between the grains of sand is filled by air or water. 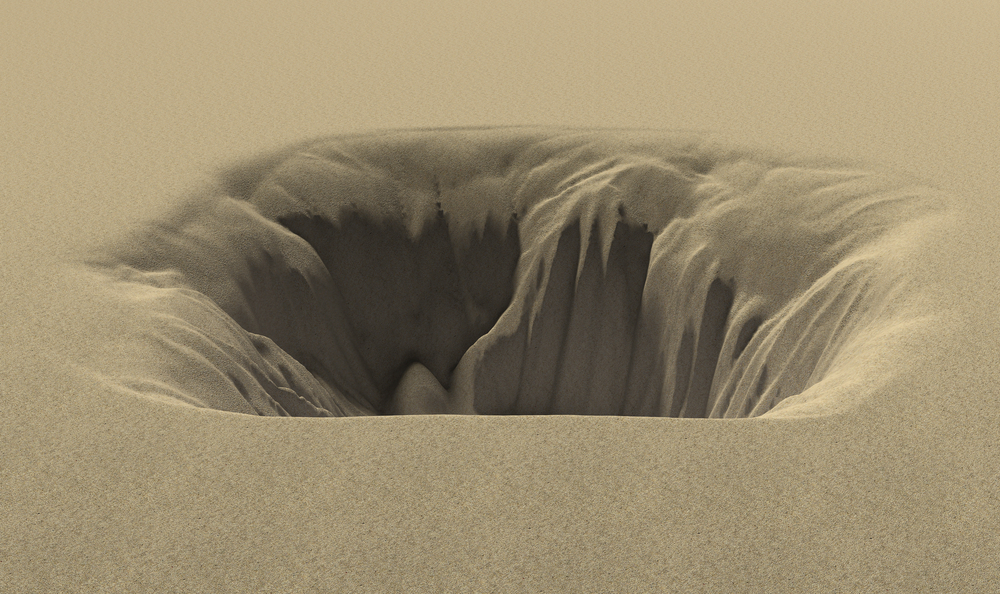 Quicksand is a mixture of sand and water, or sand and air, that looks solid. (Photo Credit : kai celvin/Shutterstock)

The structural property of a grain of sand also plays a crucial role in the difference between normal sand and quicksand. A grain of sand usually has more of an elongated shape, rather than a spherical one. Loose packing of the grains of sand can produce a void that can extend and fill 30-70% of the mass. The arrangement of the grains can be understood as a house of cards, i.e., the space between the cards is greater than the space the cards take up. When the sand collapses into its own void, it is said to become “quick”, hence the name “quicksand”. When additional force is applied from the outside, i.e., when someone steps on it, the sand collapses!

Where is quicksand found?

Most quicksand can be found next to natural springs, or at the base of alluvial fans. An alluvial fan is a cone-shaped body of sand and gravel formed by rivers flowing down from a mountain. Quicksand can also be found near river banks or at beaches during low tide. In such cases, the loose packing of the sand is maintained by the upward movement of the water.

Quicksand can also occur in deserts, but this is much more rare. It sometimes occurs in deserts in down-wind sides of the dunes, but the amount of sinking in such desert quicksand is probably no more than a few centimeters.

How dangerous is quicksand?

Quicksand is classified as a non-Newtonian fluid. What this implies is that it can change its viscosity based on the stress applied to it.

Undisturbed quicksand seems to be stable, but possesses a gel-like characteristic. When stepped on, its viscosity immediately changes. If you stop after the first step, the sand particles behind you will get compressed by your weight. The sand around you will also settle into place. 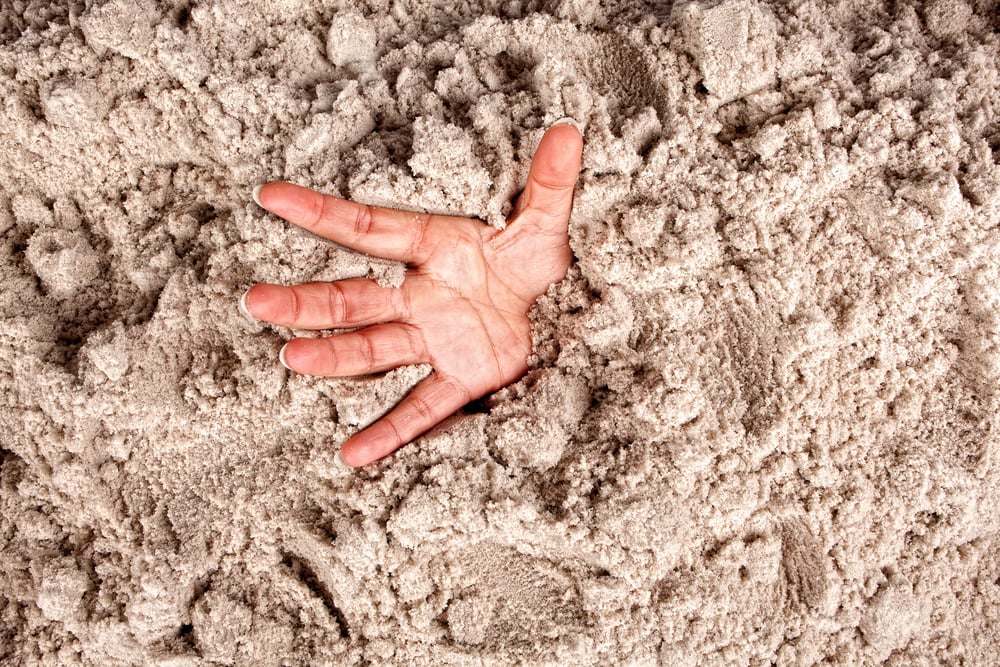 Continuous movement, like thrashing around in a panic, keeps the mixture more like a liquid, so you will sink further. The average human body density is 1 gram per millimeter, while the average quicksand density is 2 grams per millimeter. Going by that, you will only sink halfway, even if you can’t control your panic.

Disturbing quicksand makes it flow like water, so the real enemy in this instance would be gravity. The trick to escaping the trap is to move slowly and try to float. Strong sudden movements quicken the solidification of quicksand, making it more like a solid than a liquid, so pulling and jerking only makes a bad situation worse.

Can a person be buried in quicksand?

The first misnomer about quicksand is that it is always fatal. The furthest, as stated earlier, you will sink is waist-deep, even in the worst-case scenario. However, if the quicksand is close to a river or coastal area, you can still drown the old-fashioned way if a tide is coming in, but you won’t suffocate due to the sand or mud that composes the quicksand. 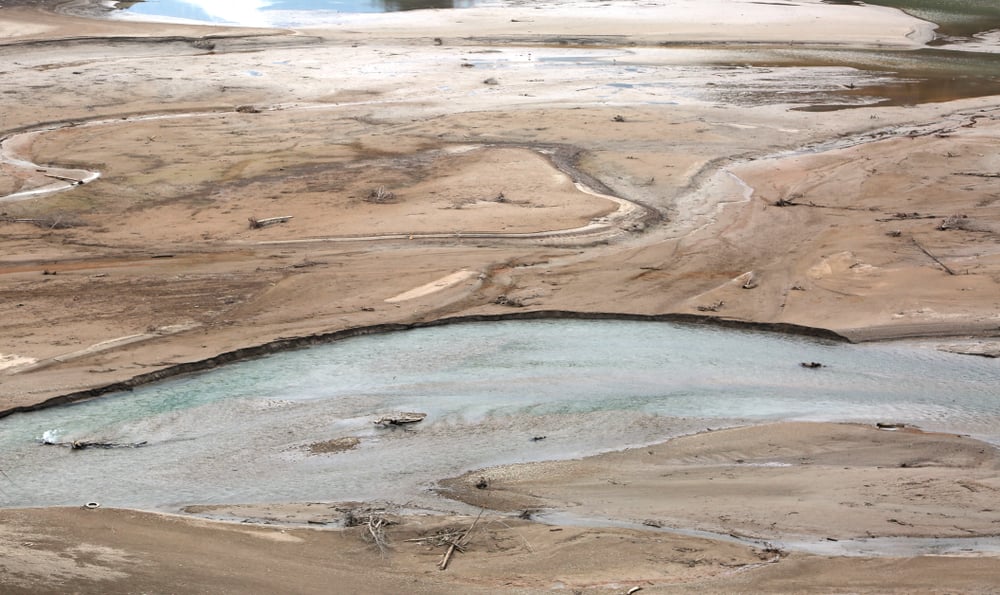 How can quicksand actually be fatal?

The most common method behind a quicksand death is if you become stuck up to your waist and the water levels of the water body rise and drown you. However, again, the chances of that occurring are small.

The next most common way is hypothermia. Basically, you can’t maintain your body temperature when half of you is encased in sand. Hypothermia occurs rapidly when the quicksand is wet, or once the sun goes down in the desert and the temperature dips quickly.

Quicksand can also be dangerous depending on a person’s position when falling into the quicksand. Depending on how you are positioned, your breathing could be compromised, causing suffocation. While you won’t sink up to your chest when standing upright, falling into quicksand headfirst could end very badly.

One of the final ways quicksand can be fatal is through crush syndrome. When extended pressure is applied to the skeletal muscles, the circulatory system wreaks havoc on the body. Compression damages muscles and nerves, which will release compounds that cause kidney damage. After 15 minutes of excessive compression, rescuers must apply special techniques to save limbs that have been affected by crush syndrome.

How to escape quicksand?

The biggest that people make is trying to pull someone else out and extract them either with an object or with the help of another person (which is even more dangerous). Removing just your foot from quicksand at the rate of 0.01 meters per second requires the same amount of force required to lift a car!

Quicksand is no joke and self-rescue is not always possible. It is highly advisable for trained personnel to step in to help pry you out of quicksand. 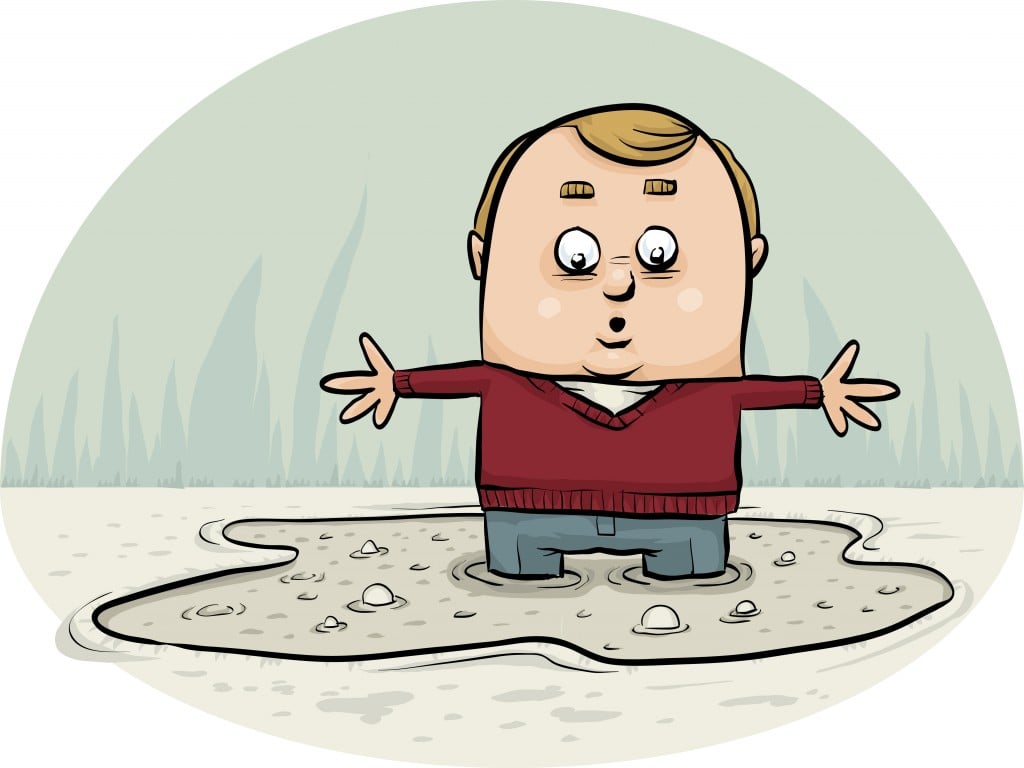 However, in the meantime, there are some steps you can do to keep yourself afloat!

The first thing is to stop! Yes, you heard that right… freeze up immediately. If you’re near a friend on solid ground or if you can reach a solid object, like a branch, hold onto it, but don’t yank. Try to shift as much of your weight to the object as possible. Making yourself light makes it easier to escape, as it will help you float. The best way to float is by trying to increase your surface area on the quicksand by lying horizontally, slowly moving your legs to liquify the water around the quicksand, and loosening it up. Do not move wildly! If you’re close to solid land, sit down and slowly work your legs free.

Perhaps more importantly, do not panic and call for help. Telling a person not to panic is easier said than done, but truly, it’s the best way to avoid thrashing around and sinking deeper into the quicksand. If you’re too deep in quicksand, i.e., up to your waist, self-help can be ruled out. It is better to call out for help and keep an eye open for potential aid. If you’re going to a quicksand-prone location, be sure to keep your cell phone at complete charge and try to keep a flare gun to signal for help, if necessary.

To conclude, although it can be dangerous to be caught in quicksand, remember that most of the damage occurs when you panic and thrash around, which will only cause you to sink even further. 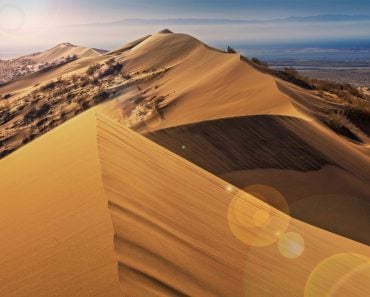 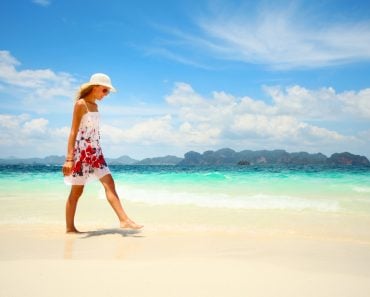