With a broad stroke, one can say that the primary function of the medial temporal lobe is to store and categorize declarative memory, which includes factual knowledge and personal memory, and function as a critical stopover point before memories can be moved to our long-term memory.

If you’re a storyteller, able to recall memories from years ago, or if you’re always the first to remember that obscure actor from that one equally obscure movie, then you have your medial temporal lobe (MTL) to thank. This part of the brain, with its delicate and intricately connected structures, is what allows us to remember anything at all for more than a few moments. However, the complexity of the human brain can never be overstated, so there’s obviously a lot more to the story than saying the MTL is where we store some of our memories.

Components Of The Medial Temporal Lobe

With a broad stroke, one can say that the primary function of the medial temporal lobe is to store and categorize declarative memory, which includes factual knowledge and personal memory, and function as a critical stopover point before memories can be moved to our long-term memory, which is handled by the neocortex. However, there are a number of individual structures within and associated with the medial temporal lobe that ensure these delicate and essential processes occur smoothly and accurately. These key components and their individual functions will be explained in greater detail below.

Physically located within the temporal lobe, near the forward base of the brain, the medial temporal lobe is a relatively small series of cortexes that are closely linked to the olfactory cortex, as well as the ventral and dorsal streams, and thus the occipital and parietal lobes.

The hippocampal region of the medial temporal lobe is a curved tube-like structure, often compared to the shape of a seahorse, which is divided into two parts in either half of the brain. Unable to be seen except in dissections, since it is located beneath the parahippocampal gyrus in primates and humans, the hippocampus is closely associated with the limbic system and is crucial for our ability to consolidate short-term memory into longer-term memory. It also affects spatial memory, both in humans and many other creatures, which enable the construction of mental maps and aids in navigation. 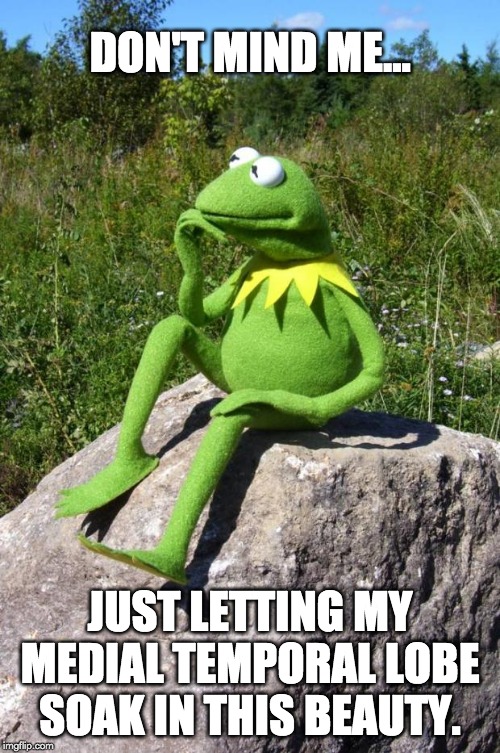 A great deal of study has been done on the hippocampus, and it is found to also play a key role in the retrieval and maintenance processes of declarative memory stored in the neocortex. The hippocampus is believed to play a particularly important role in the limbic system, given its placement in both hemispheres of the brain, and its early linkage to Alzheimer’s disease. The hippocampus is one of the first areas to demonstrate damage and is often referred to in early diagnoses of this disease.

In humans and primates, the perirhinal cortex is a cortical region comprising two areas, Brodmann areas 35 and 36, and is highly connected to all sensory inputs to the brain; it is particularly associated with the processing of visual information and the subsequent relation to memory formation. More specifically, it works to classify and record environmental stimuli from a visual perspective, which helps the brain code for familiarity and recency of item appearance.

Similar to the hippocampus, it is also involved in the retrieval and storage of declarative memory. If this region of the medial temporal lobe is damaged, it can cause people to struggle with associating meaning to objects. For example, items that share certain physical characteristics, such as an unopened umbrella and a cane, may be more difficult to distinguish between.

In fact, research on rats has shown that some of the cells of their entorhinal cortex take on a different form entirely, and are called “grid cells”, which are directly linked to exploring and learning the physical layout of new environments. By acting as the nexus for perceptions of space, time, memory and external stimuli, this part of the brain truly lets us understand and remember our place and actions within the world.

Also known as the parahippocampal gyrus, this cortical region of the brain is closely linked to memory encoding and retrieval, and is an important component of the limbic system. In terms of its role in our perception and understanding of the world, this gyrus deals with identifying and coding landscapes, city skylines, natural scenes and visual tableaus into memory. Furthermore, some research indicates that this part of the brain also helps with our recognition of social context, which can further inform and complement our memory of physical landscapes and scenes in our memory.

In some schizophrenic patients, asymmetry has been identified in this cortex, and damage to this region of the brain may cause visual hallucinations, or the inability to recognize well-known scenes or landscapes, despite being able to identify objects within the scene, e.g., trees, chairs, people, streets.

As you are likely aware, our emotions are incredibly complex and are affected by countless different parts of our brain, which may explain why the amygdala receives inputs from so many different lobes and cortices.

Not only does the amygdala moderate and determine out emotional responses in a given situation, based on inputs from our past memories, sensory receptors, pheromone detection, social context, declarative and short-term memory, but it also aids in decision-making and attention.

Also Read: What Is The Cerebrum? What Is Its Structure And Function?

In the past, the amygdala was often linked to fear-based responses and the fight-or-flight response of the body, but it has recently been discovered that the amygdala is also connected to reward-based or positive associations as well. Thus, the legendary Pavlovian response study has its roots in the function of the amygdala, where all the different outputs of the medial temporal lobe come together for processing.

Although it might not be a blockbuster star of the brain, such as the medulla oblongata or the cerebellum, the medial temporal lobe is a critical part of how we experience the world. The different areas affect our ability to perceive and remember space, personal memories, and factual knowledge, while other areas act as meeting points for different sensory stimuli to be processed and cross-referenced for comprehension. This special nexus of space, perception, time, and memory is a crucial part of our cognition, and thus a very important region of the brain to keep safe!