The first use of plus (+) & minus (-) math symbols dates back to the 14th century. While the multiplication (x) & division (/) operators were invented in the 16th century.

Love it or hate it; math is all around us. Everything in the real world requires us to perform some kind of mathematical operation. However, operations aren’t the only daunting thing about math; it’s the symbols too! Math symbols come in all sizes and shapes. Does the ξ symbol not frighten you enough? Here, take a look at ∯.

Mysterious symbols are just the beginning; math uses the Greek and Latin alphabets too. Memorizing which symbol signifies what is a whole different level of headache. Why couldn’t mathematicians just write what the symbol meant and avoided using these weird-looking things?

When and why did we start using Math symbols? Are they arbitrary or logical?  (Photo Credit : Bankrx/ Shutterstock)

Mathematicians originally wrote mathematical operations being carried out as proper sentences. So, every time they performed an operation, for example, adding, they would write: Add 2 to number 4. Add 72 to number 120 and so on. If they were to perform a long list of operations, the time they spent writing the operations would take longer than the time spent finding a solution. The symbols were therefore adopted to avoid this kind of redundancy and save time.

Let’s take a look at how symbols for the four basic math operations (addition, subtraction, multiplication and division) came into being, but first, the “equals to” symbol!

Robert Recorde, a Welsh physician and mathematician, invented the “equals to” symbol (=). He introduced the = symbol in his book “The Whetstone of Witte” in 1557.

An extract from Robert’s book “The Whetstone of Witte” introducing the “equals to” symbol.

The font and language in the above image might be a bit hard to understand. So here’s a transcription:

“Howbeit, for easie alteration of equations. I will propounde a fewe exanples, bicause the extraction of their rootes, maie the more aptly bee wroughte. And to avoide the tediouse repetition of these woordes : is equalle to : I will sette as I doe often in woorke use, a pair of paralleles, or Gemowe lines of one lengthe, thus: =====, bicause noe .2. thynges, can be moare equalle.”

Welsh was writing the book to teach English students algebra. He soon grew tired of repeating the words “is equal to” over and over again. To avoid the annoyance, he decided to make use of two long parallel horizontal lines of equal length. These lines represented “is equal to”. According to him, no two things could be more equal than the parallel lines. The book is also acknowledged as the first English book to use the plus and minus signs!

Plus And Minus Symbols

The symbols + and – are universally employed for addition and subtraction operations, respectively. The terms plus and minus come from the Latin language, not English. The Latin translation for Plus is “more”, while Minus translates to “less”. But what about the symbols? Where did they come from?

The origins of + and – can be traced back to the  14th and 15th centuries. The + symbol is derived from the Latin word “Et” meaning “And”. Nicole Oresme, a French philosopher used the symbol + as a shorthand version of  Et in his work, the Algorismus Proportionum. That being said, the + sign wasn’t the universally accepted notation for addition during the 14th century. 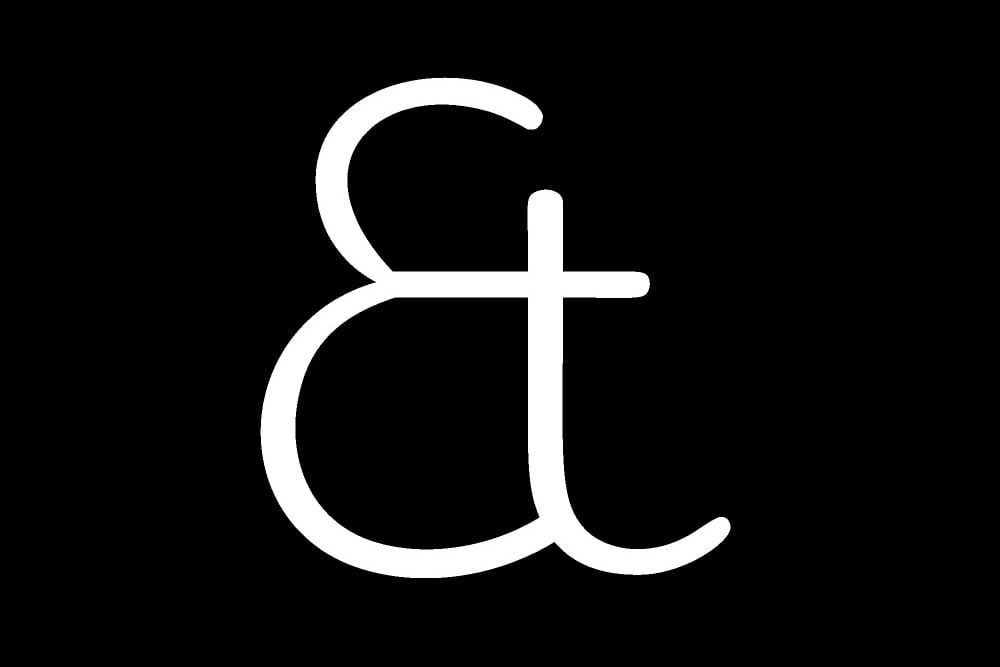 The plus symbol + is derived from the Latin word ‘Et’ meaning ‘And’. (Photo Credit : photka/ Shutterstock)

In Europe, Luca Pacioli used the symbols p̄ for plus and m̄ for minus. Egyptians, on the other hand, used a pair of legs walking towards the right to show addition and a pair of legs walking towards the left to indicate subtraction. The origins of the – minus symbol are unclear. Most believe the – symbol may have been derived from the tilde written over m to show subtraction.

The + and – sign gained popularity and were adopted by the majority after Johannes Widmann used the two in his work, Mercantile Arithmetic. Although Widmann used the signs in a different context. The + sign meant surplus and the – meant deficit. His words read:

Also Read: Why Is BODMAS Or PEMDAS In That Order?

The term ‘mer’ in Modern German is written as ‘mehr’ and means ‘more’. 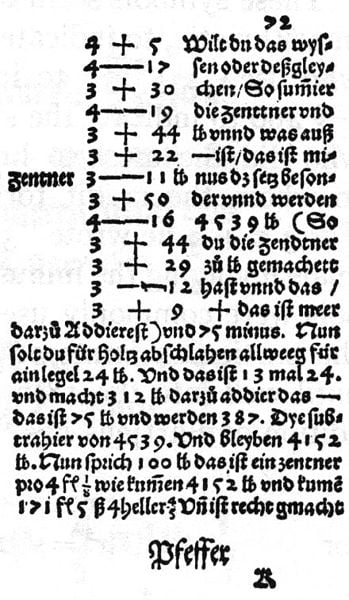 Johannes Widmann’s use of the + and – symbols in Mercantile Arithmetic helped them gain popularity and become a universal notation for addition and subtraction operations. (Photo Credit : public domain/Wikimedia Commons)

Robert Recorde’s book, The Whetstone of Witte, was the first to introduce the plus and minus symbols to the Englishmen. Recorde wrote:

The multiplication symbol (×) is often mistaken as the lowercase of the English letter X… but it isn’t! The symbol is actually called the cross of San Andreas. The symbol saw its first use in Math in the 16th century. We credit William Oughtred, an English mathematician, for first using the cross of San Andreas to represent the multiplication of two numbers. 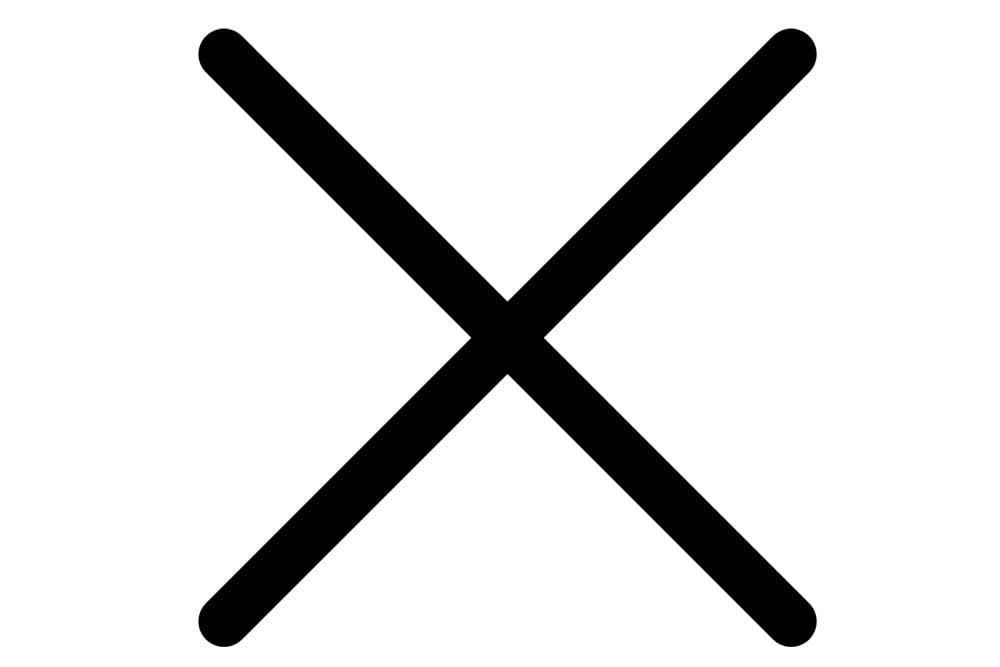 However, an early use of the symbol × for multiplication can be found in the anonymous appendix in Edward Wright’s translation of John Napier’s “A Description of the Admirable Table of Logarithmes” dated 1618. The symbol gained popularity after Oughtred used it in his work titled Calvis Mathematicae in 1631.

However, Gottfried W. Leibniz, a German Mathematician did not like Oughtred’s use of the cross of San Andreas to represent multiplication. Leibniz wrote a letter to Oughtred on the issue, which read:

“I do not like the × symbol as a symbol for multiplication, since it can be mistaken for x; … I often simply relate two quantities with a point and indicate multiplication with RS · PQ.”

This point that Leibniz was referencing to is now popularly known as a dot product and is widely used in certain fields and linguistic cultures.

Just like the other 3 symbols, the division symbol has had multiple variants over the years, the most popular being the Obelus (÷) and the solidus or fraction bar (/). Yes, they aren’t just called the division signs… they have proper names too!

The word Obelus is an ancient Greek word meaning sharpened stick, and the symbol ÷ supposedly represents a small dagger. The Obelus was first used by Swiss mathematician Johann Rahn in his algebra book titled Teutsche Algebra in 1659. The solidus or the fraction bar (/) for division was introduced by De Morgan in 1845.

The division or the Obelus symbol was first used by Johann Rahn in his book Teustche Algebra. (Photo Credit : An excerpt from Teutsche Algebra By Johann H. Rahn)

In an attempt to maintain division in the same line, Gottfried Leibniz introduced the colon (:) to represent division and ratios.

Thus, to avoid repeating themselves and save precious time, mathematicians developed universally recognizable symbols. Most math symbols originally invented during the 14th and 15th centuries are now globally used notations. However, the obelus (÷) is no longer widely recognized as a symbol for division. The ISO now only allows the solidus or fraction bar (/) for division and the colon (:) to indicate ratios.  Still, if you are nostalgic for the ÷, hold ‘alt’ on your keyboard and press the numbers 2 4 6 on the number pad. Bet you didn’t know about that life hack, but you do now, along with how the most commonly used math symbols ( + – × ÷ ) came into existence! 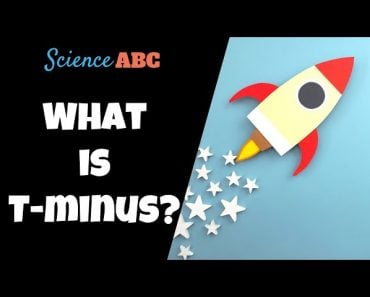