The Michelson interferometer experiment is an experiment that uses an interferometer to split a beam of light into two beams, reflect each beam off of a mirror, and then recombine the beams. The resulting interference pattern is then studied to understand the results of the experiment.

An interferometer is an experimental tool used for investigative purposes in science and engineering. They are often used to make very small measurements at scales that are hard to perceive with the human eye or most measuring instruments. There are certain interferometers that can make measurements as precise as 1/10,000th of a proton. The person who invented the interference machine was Albert Michelson, and remarkably, he did so in the 19th century. It was, in fact, the Michelson-Morley experiment that disproved the presence of a luminiferous aether, which physicists had believed existed up to that point as the medium through which light traveled. The fact that the aether was disproved paved the way for the theory of special relativity and the birth of modern physics. Now, let’s look at the configuration of the Michelson interferometer. 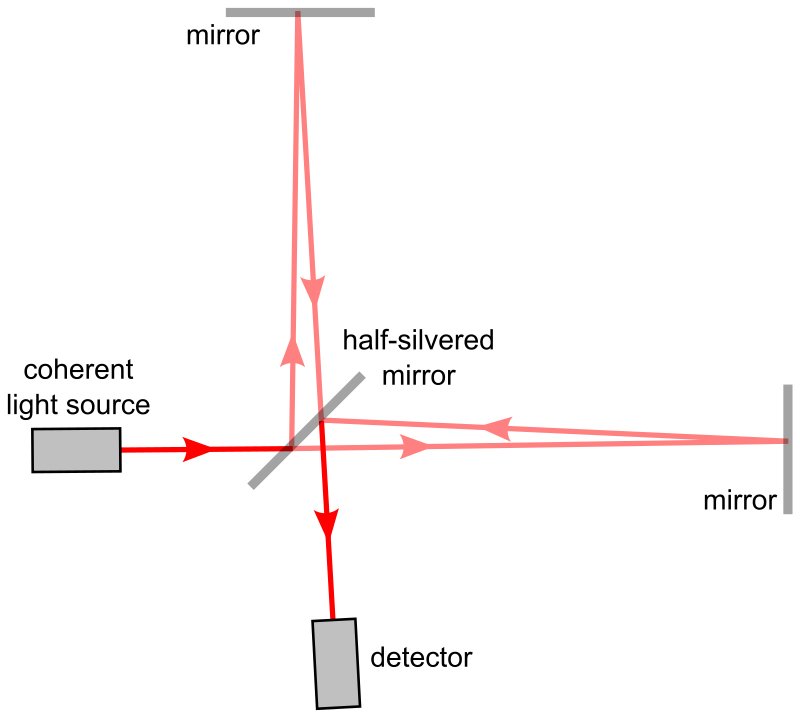 What is an Interference Pattern?

To better understand the working and construction of an interferometer, let’s look at what interference is. If you’ve ever thrown a stone into a body of water, then you already know what interference is. When the stone plops into the water, concentric waves move away from the stone’s point of entry. If two or more of these concentric circles intersect, then the resulting shape of the wave changes. The change in shape of the resulting wave from the two previous intersecting waves is known as interference.

In a Michelson interferometer, a laser beam passes through a beam splitter; as the name implies, it splits the beam into different beams. One beam of light passes straight through, while the other beam of light is reflected at an angle of 90o from the other beam. This occurs at point C. Each beam travels down an arm of the interferometer and encounters a mirror. The mirrors reflect the two beams back to the beam splitter. The point where the two beams of light combine at C’ is the point where the interference pattern occurs. 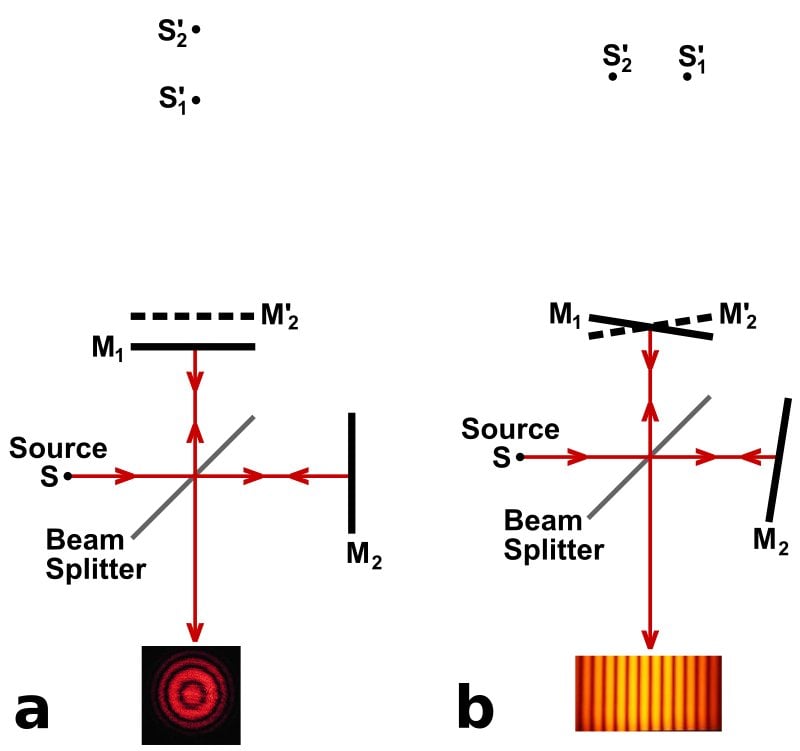