The concept of collimation is quite a unique one. It is used in laboratories to make corrections in a viewing angle, and also plays a vital role in astronomy. Today’s standard 8-inch telescopes can see distant quasars and galaxies, but how did such ordinary telescopes gain the clarity to view such distant objects? The answer is that today’s telescopes mostly come with laser or optical collimators. Before we take a look at what a laser collimator is, let’s first try to understand what the collimation of a beam actually means.

Whenever light passes through any refractive object, it undergoes a certain amount of diffraction. The beams of light are scattered and do not reach the observers; furthermore, they do not have parallel rays of light, but rather scattered angles.

A collimated beam of light, on the other hand, is one that has extreme parallel rays of light. Thus, we can define collimation as the process of converting scattered light into a beam of light with a high number of parallel rays. A collimated beam of light is a beam (typically a laser beam) with a low beam divergence so that the beam radius does not undergo significant changes within moderate propagation distances. In the simple (and frequently encountered) case of Gaussian beams, this means that the Rayleigh length must be long in comparison to the envisaged propagation distance.

A collimator is a device that narrows a beam of light. The narrowing of a beam of light can have two meanings. The first one means arranging the beam of light in a particular direction. The second means reducing the spatial cross-section of a beam to become smaller.

How is a Laser Collimated

A laser can be defined as a device that generates a coherent beam of high-intensity monochromatic light. Most of the normal lasers that civilians use are laser diodes. Unlike their gas or crystal laser counterparts present in labs, laser diodes possess a severe level of divergence. A diode laser beam has low wavefront quality, severe astigmatism and also elliptical issues. Astigmatism in a laser diode usually refers to the level of aberration that a laser beam from a laser diode faces. Elliptical beams can also make the laser bleed a little on the edges; rather than forming a perfect point, it forms a small ellipse. Both of these problems can be corrected using a few optical corrections. 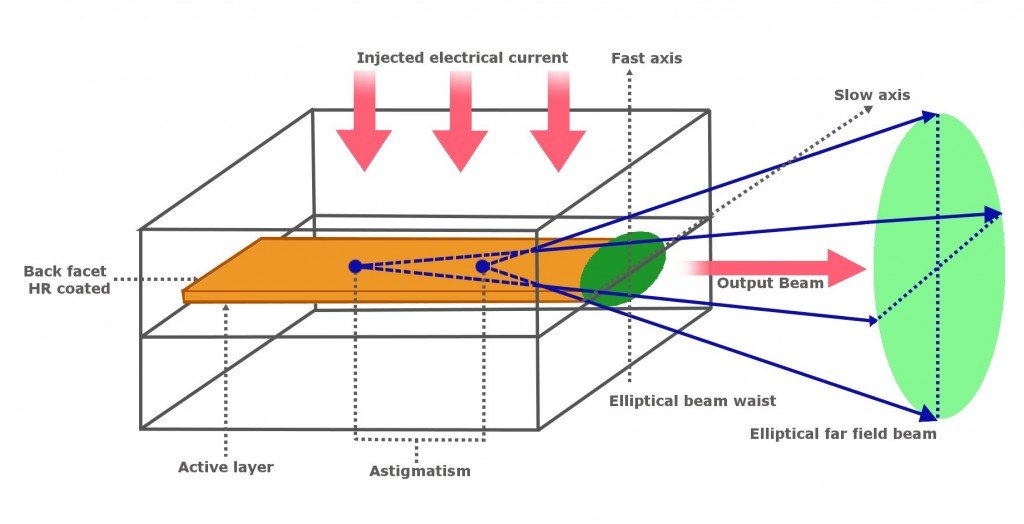 Schematic diagram of a laser being collimated.

The most simple and popular way to collimate a laser diode beam is by using a single aspheric lens. The larger the focal length of this lens, the larger the beam diameter will be after collimation. Furthermore, if a certain beam adjustment must be made, for example, to expand the beam radius of a collimated beam, a two-lens system is often used – a so-called telescope. One lens with a negative focal length and the other with a positive one creates a setup to collimate and expand or shrink the beam. To correct the elliptical problem, a collimated elliptical beam can be circularized by either expanding in the slow axis direction of the ellipsis or compressing in the fast axis direction.

Laser Collimator in a Telescope

A laser collimator allows one to conveniently align the optics of a reflecting telescope. First, you use the laser collimator to determine whether or not the secondary mirror is pointing directly at the center of the primary mirror.

The collimation of a laser is done for a very good reason. It helps to theoretically align the focus of the image at infinity. This helps to increase the clarity of far-off celestial objects. Let’s consider a theoretical example that may explain why a laser is used to collimate in telescopes. 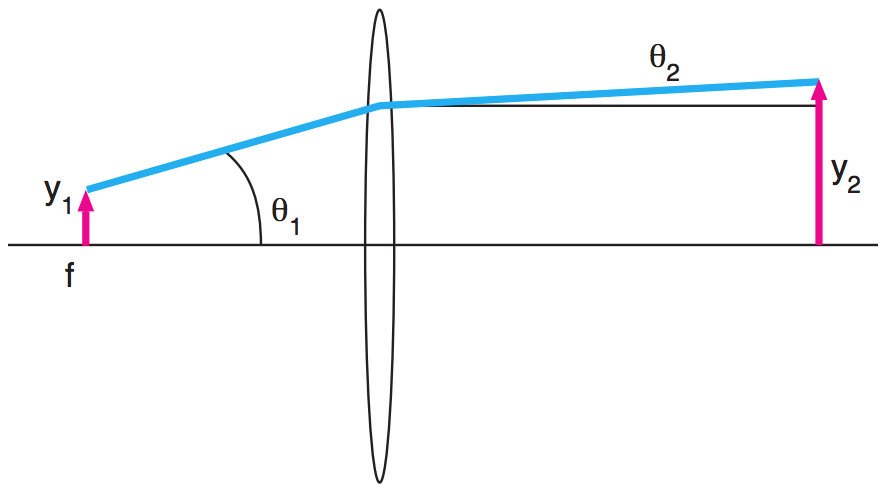 Collimation of light when objects are at a distance.

The problem of collimating occurs when distant objects appear as point sources. Unfortunately, nothing is ever a true point source and the size of the source must be included in any calculation if the point source has a radius of y1 and a maximum ray of angle θ1. If we collimate the output from this source using a lens with focal length f, the result will be a beam with a radius y2 = θ1f and divergence angle θ2 = y1/f. Note that, no matter what lens is used, the beam radius and beam divergence have a reciprocal relation. Thus, if the focal point were to be infinity, that would result in the ray angle being zero, thereby collimating the beam of light. 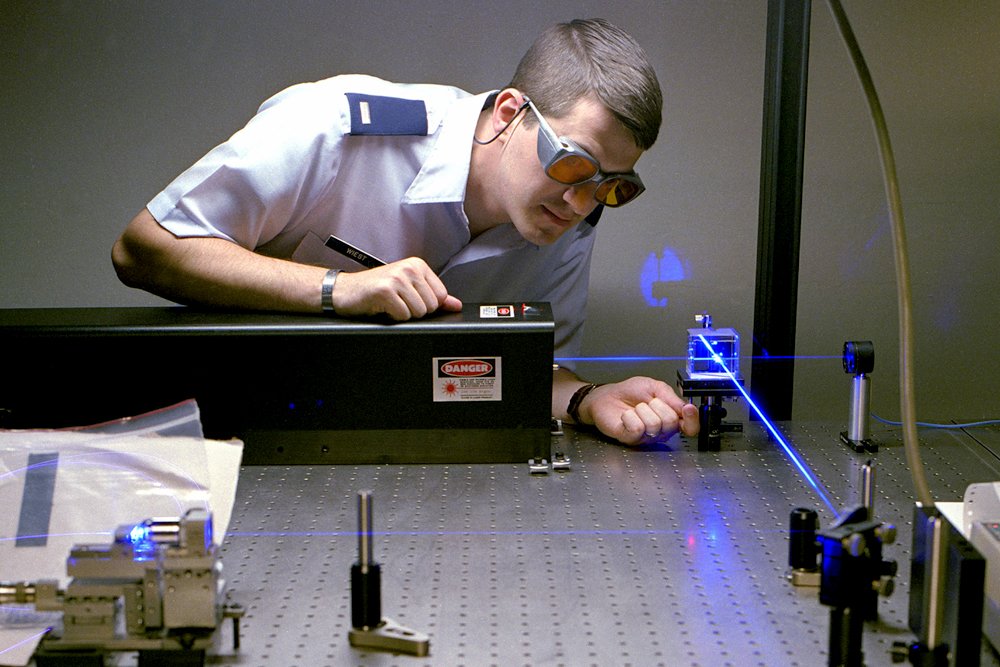 Collimated laser beams are very useful in laboratory setups, as the beam radius stays approximately constant, so the distances between optical components may be easily varied without applying extra optics, and excessive beam radii are avoided. Most solid-state lasers naturally emit collimated beams; a flat output coupler enforces flat wavefronts (i.e., a beam waist) at the output, and the beam waist is usually large enough to avoid excessive divergence. Edge-emitting laser diodes, however, emit strongly diverging beams and are therefore often equipped with collimation optics – at least with a fast-axis collimator, largely reducing the strong divergence in the “fast” direction. For fibers, a simple optical lens may often suffice for collimation, although the beam quality can be better preserved with an aspheric lens, particularly for single-mode fibers with a large numerical aperture.