Now, there is some debate about the first origins of life on the planet, with estimates ranging from 3.77 billion years to 4.5 billion years ago—less than fifty million years after our planet formed! While the timeline may not be exact, there is little debate that the first forms of life existed on hydrothermal vents deep in the oceans, as the earliest evidence of life comes from hydrothermal vent precipitates. These first forms of life were simple microorganisms, and may have appeared almost immediately after the formation of the oceans. 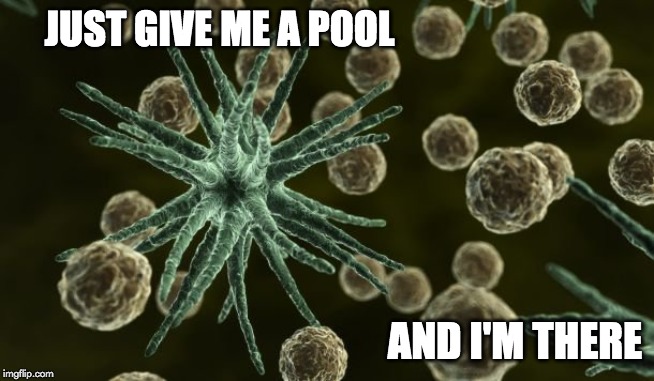 However, the first undisputed and direct evidence of life on Earth dates back to about 3.465 billion years ago—fossilized microorganisms—while earlier claims are typically dependent on the presence of substance involved in biochemical processes, though not remains of the organisms themselves. The early direct examples of life that have been found, however, already show some cellular complexity, including cell walls encasing the protein-generating DNA, so more rudimentary forms of life likely existed much earlier. 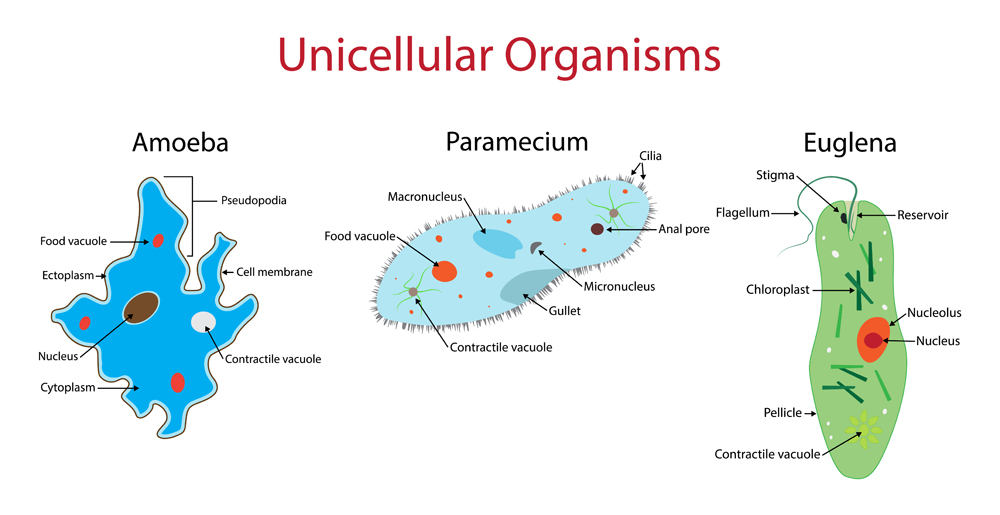 Basically, beginning 3.5 billion years ago, single-celled organisms ruled—despite early multicellularity in cyanobacteria-like mats—most of which were prokaryotes, until the rise of eukaryotes (cells with a nucleus, organelles, and more complex functionality). Bacteria and Archaea are the first two domains of life that arose, followed by Eukarya. These simple organisms were able to maintain their individual metabolism and survive all on their own, requiring only one cell, rather than additional specialization. There are still many unicellular species on the planet, including bacteria, plankton and amoeba, as well as all protists (which are eukaryotes), and some fungi.

How Did Unicellular Life Advance? 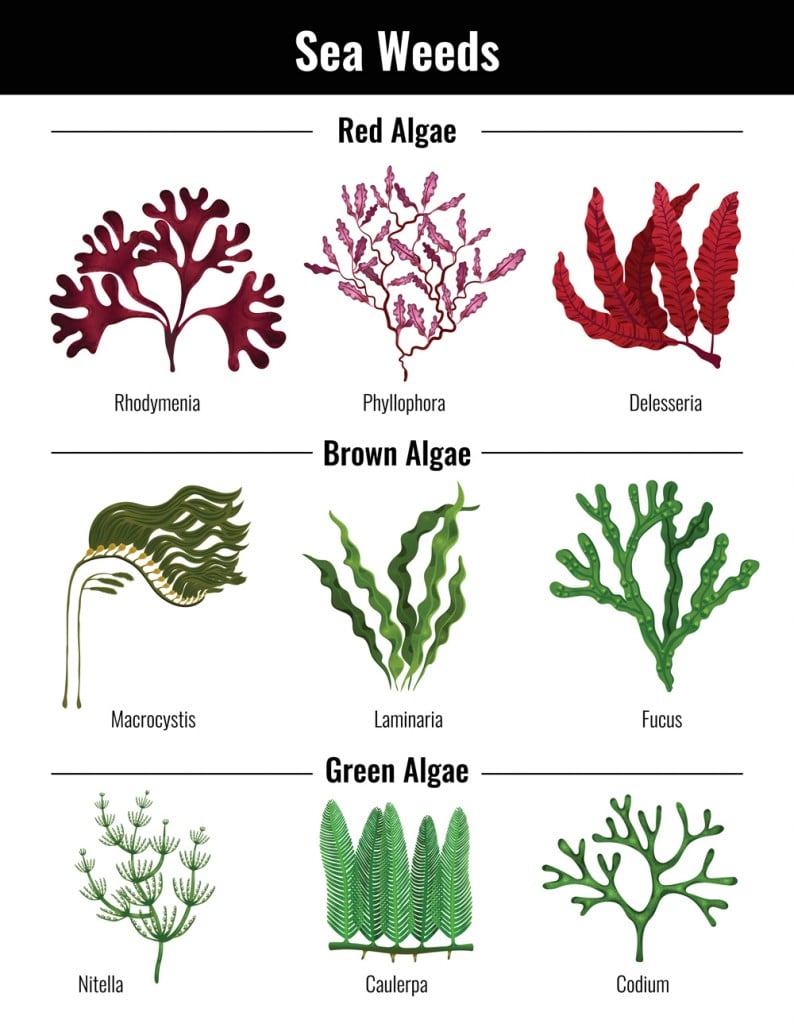 Unicellular organisms are essentially hermits, dependent only on themselves and their functional abilities to survive and reproduce, through fission, budding or mitosis. Multicellular organisms, however, give up their independence to become specialized, working in conjunction with cells performing different functions. Whether there are only a few dozen cells, as is the case of some algal species, to the more than 35 trillion cells in a human, the level of communication and symbiotic interaction between specialized cells seems far advanced from self-contained unicellular organisms.

The initial leap into multicellularity, however, can be explained by the tendency towards the colonization of single-celled organisms. We see this in colonies of bacteria, mold and fungi all the time, single-celled organisms forming group clusters. These cellular clusters, in some cases, evolved their own traits and unique direction, often benefitting from the shared diffusion of resources, protection from predation or environmental threats. Over time, these clusters became accustomed to “group living”, and were no longer purely autonomous, relying on other parts of the group for survival and function.

In laboratory research, it has been shown that changing only a few genes in a unicellular organism can encourage simple undifferentiated multicellularity. This alteration could take a very simple form, such as a mutation that prevents cells from completely separating, resulting in a multicellular organism that can communicate, share resources and evolve greater specialization.

Why Did It Take So Long?

This “shift” between unicellular and multicellular seems quite simple and straightforward, which begs the question of whether the process is easily reversible, and why it took so long for more complex multicellular life to evolve.

In terms of that first question, whether the process is reversible, it’s hard to ignore the research pointing towards vacillation between unicellularity and multicellularity, depending on environmental conditions and the needs of the species. However, it has also been suggested that at a certain point, a cellular cluster will adapt permanently into multicellular living—a process called “ratcheting”—which would make it impossible (genetically speaking) to regress into a unicellular existence.

From this point onwards, evolution could only move in one direction—towards greater complexity. A good example of this would be the symbiosis of two cell types, each of which produces a compound that is essential for the other to survive. Once this relationship is established and “coded” into the genetic makeup of the cells, they will do better together than apart, so a return to unicellularity wouldn’t be selected for.

Recent research has revealed that many of the same genetic markers found in multicellular organisms—those responsible for critical protein synthesis and functions of complex creatures—are also found in some single-celled organisms. At first, this doesn’t make much sense, as these genes in complex eukaryotes are often responsible for functions that are unnecessary in single-celled organisms.

However, it is believed that over time and space, simple organisms used existing genes for new purposes, and found innovative ways to use pre-existing functions within the cell. Some unique function or structures present in a single-celled species may be found in two different specialized cell types of a multicellular organism, yet those early genetic markers remain.

Genetically speaking, this suggests that single-celled organisms simply have a less sophisticated mechanism in place for regulating gene coding. Single-celled organisms often boast complex genetic machinery that allows them to turn genes on or off, and we find similar transcription factors in our very own DNA!

To answer the question of why it took so long for complex multicellular life to evolve, we need to consider the environmental conditions for much of our planet’s history. The rise of eukaryotic life occurred around 2.5 billion years ago, preceding the considerable rise of oxygen levels on the planet (2.4-2 billion years ago). While there is some debate as to this massive influx of oxygen (commonly known as the Great Oxidation Event), most agree that the rise of photosynthetic eukaryotes that produced oxygen as a byproduct are primarily responsible. 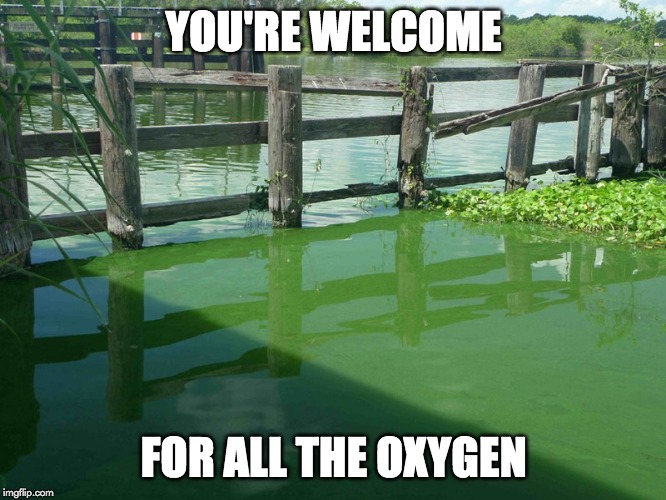 Also Read: How Did Life On Earth Begin?

Given all that we now know about the early history of unicellular life, and the mechanisms that enabled the leap to multicellular life, the incredible diversity of form and function that we see on Earth should come as no surprise. Every form of life on this planet arose from a universal common ancestor, billions of years ago, a single-celled organism with its own unique genetic code that could convert DNA to RNA to proteins. From such humble unicellular beginnings, the entirety of multicellular life on this planet evolved.

These incredible jumps from unicellular to multicellular didn’t happen only once, however, but dozens of times that can be traced back through genetic history. While the first achievement of simple undifferentiated multicellular life happened at least 3.5 billion years ago, complex multicellularity has evolved in the different eukaryotic kingdoms at very different rates. This should serve as a good reminder that evolution is not some static picture of the past, but a dynamic force that continues to this very day!