Well, it should be easy enough, right? Simply drop an atom on your weighing scales, definitely the one with maximum sensitivity and voila—you have your measurements!

What about all dead skin cells though? They are trillions of atoms thick, flaking off your hand and fluttering down onto the scale, burying your atom in a pile of atomic doppelgängers. Meanwhile, other atmospheric particles are shooting around, bouncing on and off your machine, sending its atom-sensitive needle whipping back and forth like a windshield wiper. All of this will hinder our measurements, right? 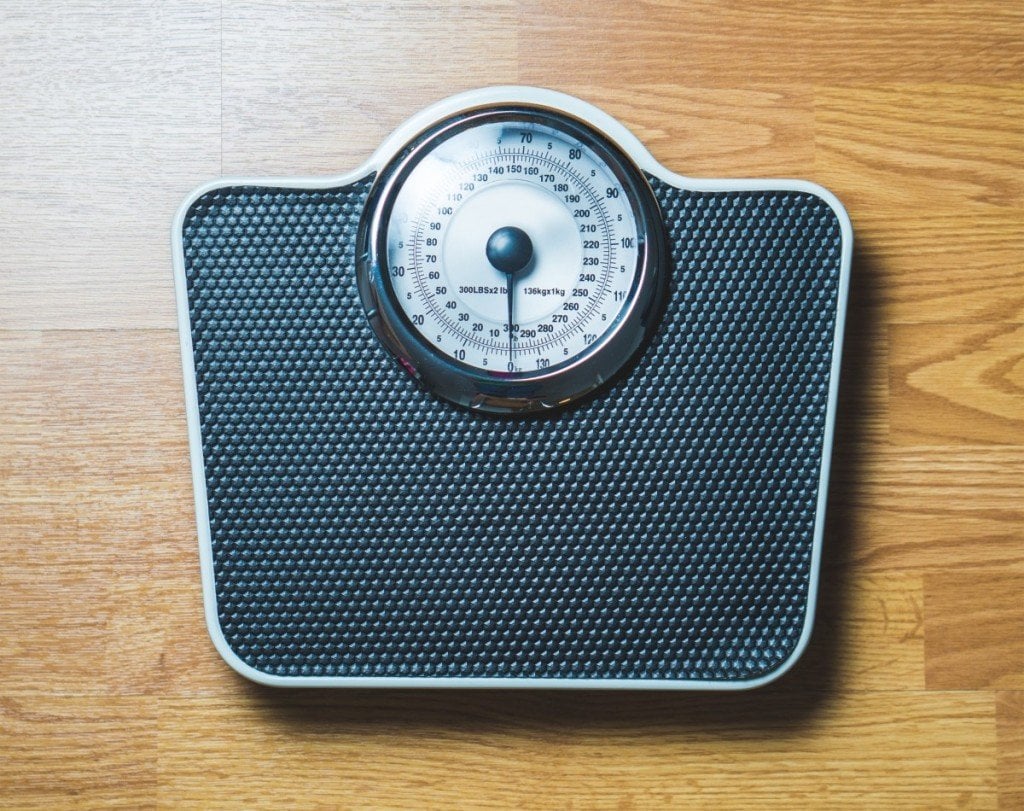 True. However, let me ask you this… how did you isolate a single atom in the first place?

How small is an atom?

You’re probably aware that everything is made up of tiny little things called atoms; an atom itself is made up of even smaller particles, namely protons, neutrons and electrons. You’ve also probably heard that atoms are small, but have you ever pondered on just how small they actually are?

To understand their minuscule scale a bit better, let’s consider a grapefruit. Assume that the grapefruit is made up of only nitrogen atoms (which is not true, but to reduce the complexity of the problem, we’ll assume this). Let each of these nitrogen atoms be the size of a blueberry. How big would the grapefruit have to be? 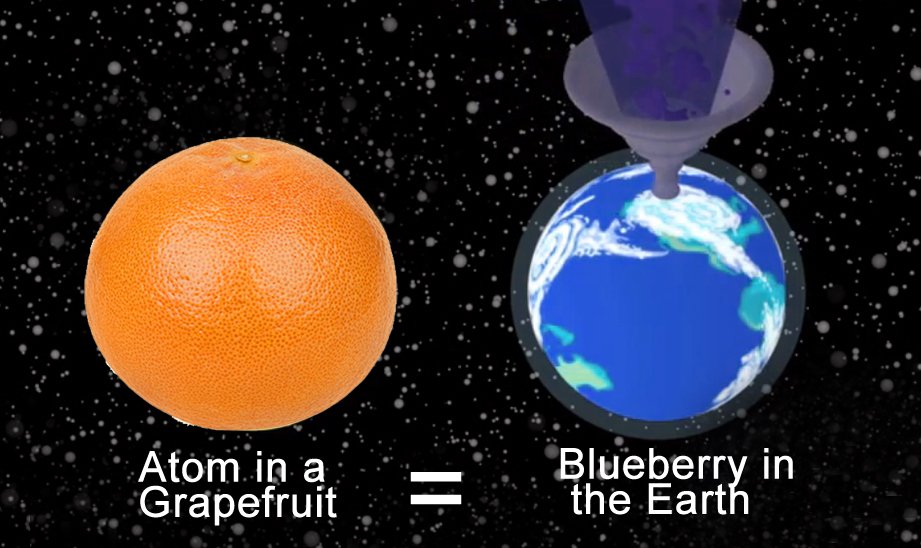 It would be the same size as, well, planet Earth. That’s just crazy, isn’t it? It gets even more insane if you try scaling the size of subatomic particles!

In the centre of an atom is an imaginary sphere called a nucleus, which contains neutrons and protons, and on the outside are the electrons. If an atom was expanded to the size of a large football stadium, the nucleus would not be bigger than a grain of sand sitting in the centre of the stadium. On the edges of the stadium are the electrons, and the rest is just empty space.

Now that you’re refreshed on the microscopic world of an atom, how could you possibly observe such a tiny thing with the naked eye, let alone handle it and weigh it on even your most sensitive weighing scales?

So how do they do it?

Newton helped us with this too. His second law of motion, F=ma, where ‘a’ is the acceleration of a body having mass ‘m’ when a force ‘F’ acts on it, is the basic idea behind the measurement of an atom.

An instrument known as a mass spectrometer is used to carry out the experiment. 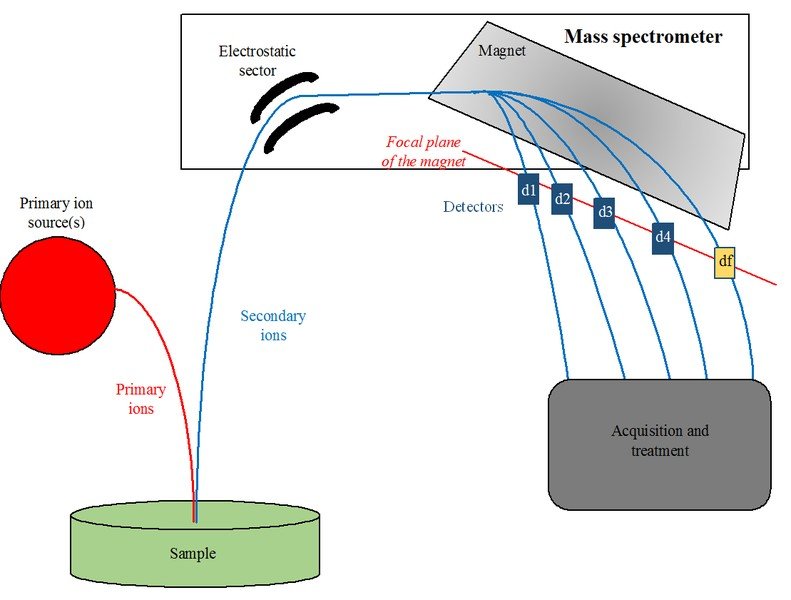 Working of a mass spectrometer

The first step is to ionise a gas composed of atoms by firing a beam of particles at the gas, which either adds electrons to the atoms or knocks a few of their electrons off, depending on the type of particle beam being used. This gives the atoms a net negative or positive electric charge and they form ions. 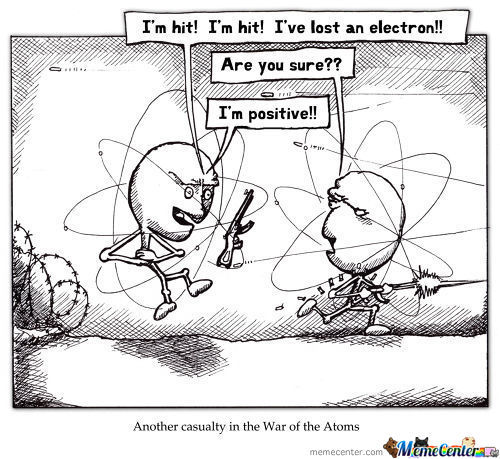 Next, these ions are passed through a tube in which they are subjected to electric and magnetic fields. Both of these fields exert a force on the ions. The electric force changes the speed of ions, while the magnetic force bends their path.

The ions are then collected by Faraday cups (a metal cup designed to catch charged particles in a vacuum) at the end of the tube, generating a current in the wires attached to the cups. By measuring when and where the stream of ions hit the Faraday cups, the physicists can determine the acceleration and direction of the ions, under the influence of electric and magnetic fields. 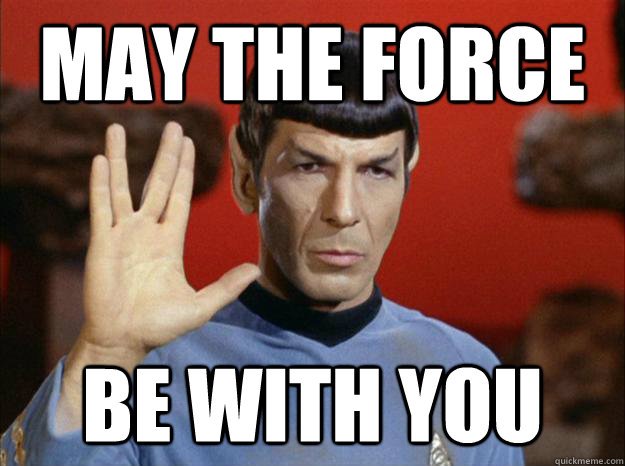 Now that we have the measurement for the masses of both the ions and electrons, we can add and subtract the masses accordingly to find the mass of the original atom, which was devoid or in excess of electrons.

Using a mass spectrometer, physicists have determined the mass of a hydrogen atom to be 1.6737236 × 10^-27 kg kilograms. That’s accurate enough for most purposes.

Before the simplicity of a “mass spectrometer”, research was still being carried out in particle physics, but the idea of an atom was very fuzzy. In those days, the weight of atoms that composed an element was measured in terms of relative masses, rather than actual mass.

An Italian scientist, Amedeo Avogadro, realized that the volume of any gas (at a given pressure and temperature) is proportional to the number of atoms or molecules composing it; this was a major breakthrough. It allowed physicists to compare the relative weights of equal volumes of different gases to determine the relative masses of the atoms composing them. 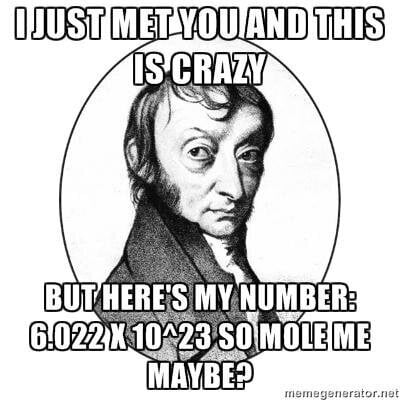 Atomic weights were measured in terms of atomic mass units (amu), where 1 amu was equal to one-twelfth of the mass of a carbon-12 atom. Soon after, the famous constant, known as Avogadro’s number (6.023 × 1023) came into existence. This number provides the number of atoms or molecules present in one mole (amount of substance of a system that contains as many elementary entities as there are atoms in 0.012 kilograms of carbon-12.) of a gas. This helped them produce rough estimates of the mass of a single atom by weighing the volume of the whole gas and dividing by Avogadro’s number.