The Gay-Lussac’s law states, ‘At constant volume, pressure of a gas is directly proportional to its absolute temperature in kelvin’.

All aerosol cans come with a warning label that reads ‘Protect from sunlight and do not expose to temperatures exceeding 50°c’. When an aerosol can is exposed to high temperatures, the pressure of the gas inside it increases. After some time, a point is reached when the container can no longer hold the high-pressure gas and ultimately explodes.

Gay-Lussac’s law states, ‘The pressure of an ideal gas is directly proportional to its absolute temperature when the volume is held constant’. The law is mathematically expressed as,

Where P is the pressure of the gas and is usually measured in atm or mm of Hg, T is the absolute temperature of the gas in kelvin and k is the constant of proportionality. 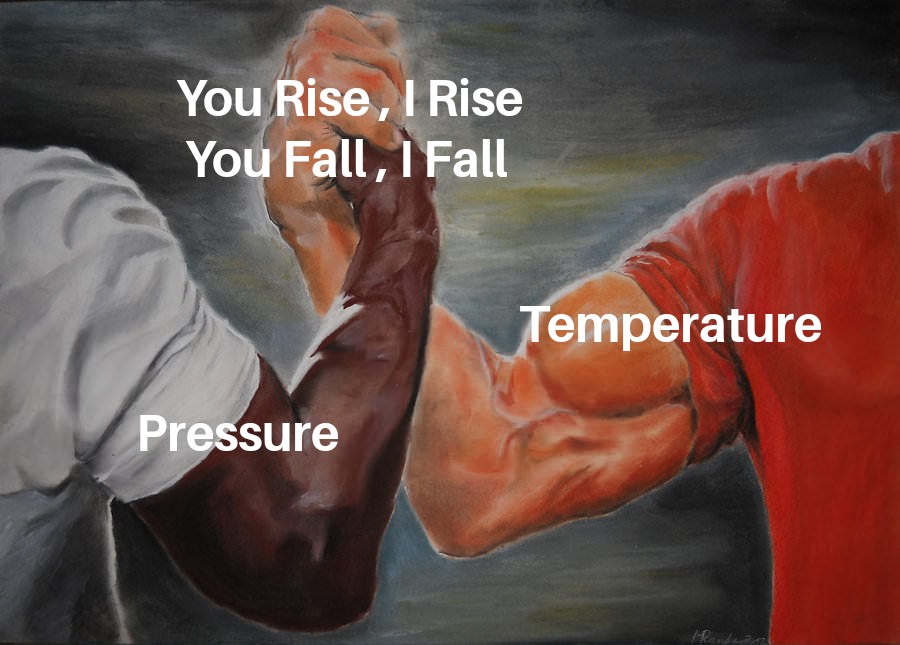 Step aside Captain America and Bucky, pressure and temperature are the real friendship goals.

Let’s have a look at how the temperature and pressure of a gas are defined and measured to thoroughly understand the law.

The kinetic theory of gases defines temperature as the average kinetic energy of the gas molecules. The theory assumes gases as a collection of microscopic particles (atoms in case of monoatomic gases and molecules in case of diatomic gases) that are in a constant state of motion. The motion is entirely random and proceeds at a rapid pace. The particles are also assumed to continually collide with each other and the walls of the container they are contained in.

The molecules of a gas are assumed to be in a constant state of random motion and to collide with the walls of the container. (Photo Credit : A. Greg/Wikimedia Commons)

Where T is temperature, m is the mass of a single molecule and v represents its speed of motion.

Also Read: What Is Charles’s Law? 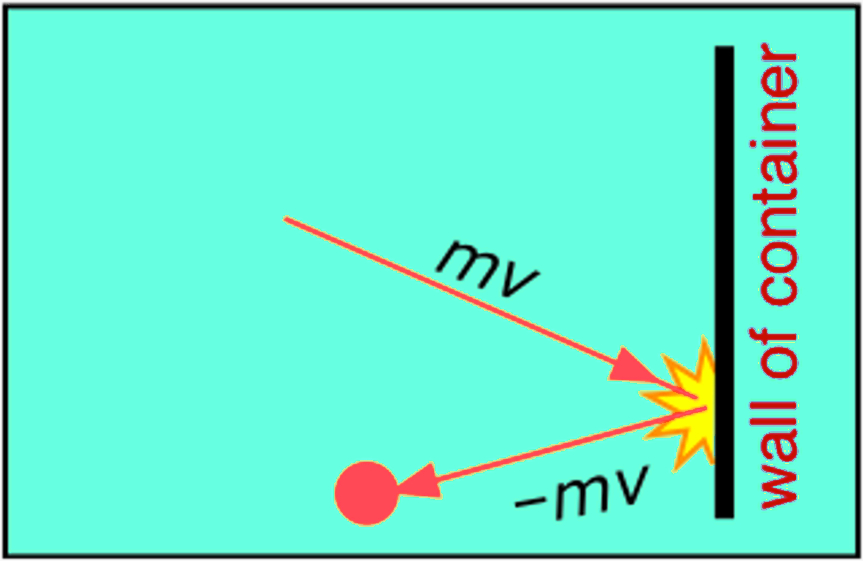 A gas molecule strikes the walls of a container with a momentum of mv (m is the mass of the molecule and v is its velocity). The negative sign implies that the molecules rebound with the same velocity but in opposite direction after striking the wall.

Gay-Lussac’s law for the same gas at two different states is given as,

Gay-Lussac’s law can be seen in action in a lot of day-to-day activities. Some examples of these include the working of a pressure cooker, tire explosions in summer, in firing tools such as guns, aerosol cans, etc.

Tire explosions are a common experience during summers, in fact, tire explosions during summer are so frequent that the period between May and October is called the blowout season. The explosions occur due to the heat build-up caused because of friction between the tires and the road surface. During summers, the asphalt laid on the roads is already at a very high temperature and this adds to the dilemma.

The relationship between temperature and pressure was first noticed by a French physicist, Guillaume Amontons. Although the results and conclusions Amontons drew were only partially correct. His studies and experiments with air as the sample gas lead him to conclude that the pressure of a gas increases by approximately one-third between temperatures of cold water and boiling water.

The inaccuracies were caused due to a lack of availability of accurate thermometers. Amontons also hypothesized that a sufficient reduction in temperature would cause the gas pressure to disappear entirely.

Along with the relationship between pressure and temperature, Gay-Lussac stated another law. He stated, ‘At constant pressure, the volume of an ideal gas is directly proportional to its absolute temperature’. Although, this law is known as the Charles law; as Jacques Charles had arrived at a similar conclusion but didn’t publish it and Gay-Lussac was humble enough to give Charles the due credits.