One reason the color blue is difficult to find in nature is that there are no blue-pigmented animals. Another reason is that plants use a red pigment called anthocyanin to produce the color blue.

Have you ever seen a blue-colored bird? Or a blue-colored frog? Or even a blue-winged butterfly? They are strikingly beautiful, aren’t they? However, if you think about it, we don’t come across many of these. In fact, there is a good chance that you haven’t seen more than two or three birds with entirely or partially blue wings in your whole life. What do you think the reason behind this could be? 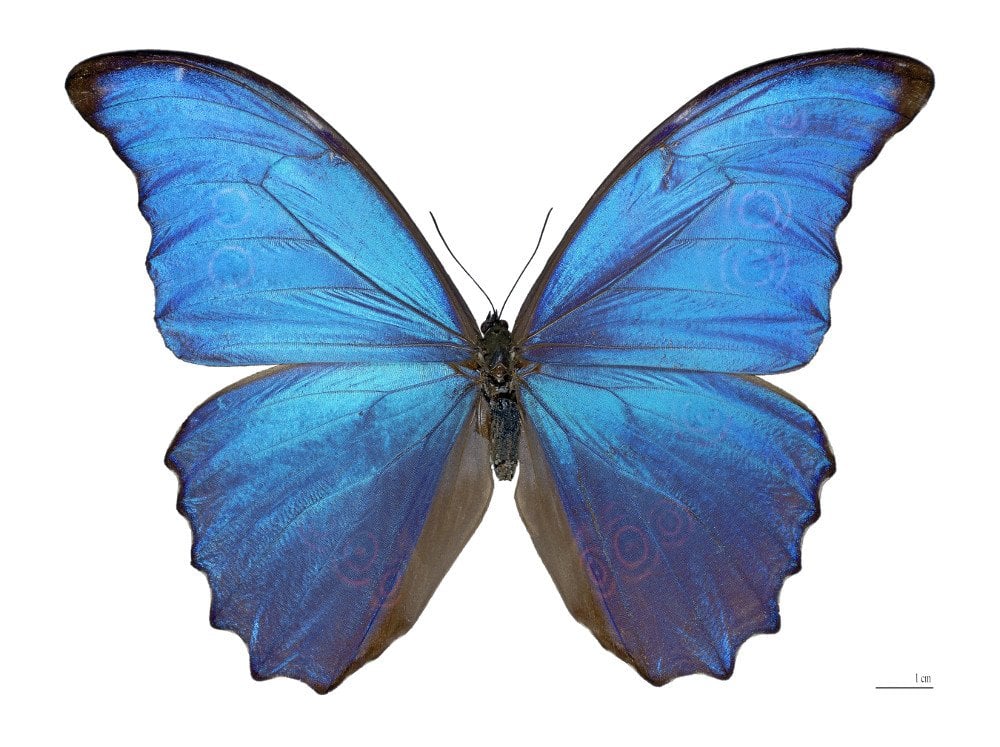 Most color pigments are not made in our body. Animals consume various things in their diet that help in making those pigments. In the case of flamingoes, which are born grey, the diet they consume consists of blue-green algae and brine shrimp, which helps them turn pink! Crustaceans have pigments called carotenoids, which are used by the birds. However, such an effect isn’t seen for the color blue, so how do birds or butterflies get their blue color? The reason will probably ‘blue’ your mind!

What’s The Explanation For These Mysterious Blues?

In the case of birds, there is no one principle mechanism. Different birds follow a variety of mechanisms, from microscopic bead design to maintaining a uniform crystal structure. The bluejay feather consists of the bead design, which is quite messy in nature. These beads scatter light in such a manner that only blue light is able to escape, whereas peacock feathers have microscopic lamallae that cause the interference. Also, if you have blue eyes, that blue is also based on the structure – not any pigments!

Before we look at how butterflies to do it, we need to understand a bit of physics. Now, this appearance of the color blue is due to the microscopic structure of the scales and a concept called interference of light.

Thus, when we zoom into the structure of the scale, we can observe ridge-like structures that are parallel to one another. When light hits the ridges and its branches, some of the light will reflect off the top layer, while the rest enters the branch. A part of the light that passes through the branch is reflected off the bottom layer of the same branch. This gives us two rays of light with equal wavelength and intensity. For most colors, the reflected light rays will be ‘out of phase’, so we don’t see those colors. However, in the case of the color blue, the two light rays that reflect off the ridge are perfectly ‘in phase’, meaning that they do not cancel each other out, allowing us to see the blue color. The light rays passing through are also bending at the correct angle, which helps cause the blue color. 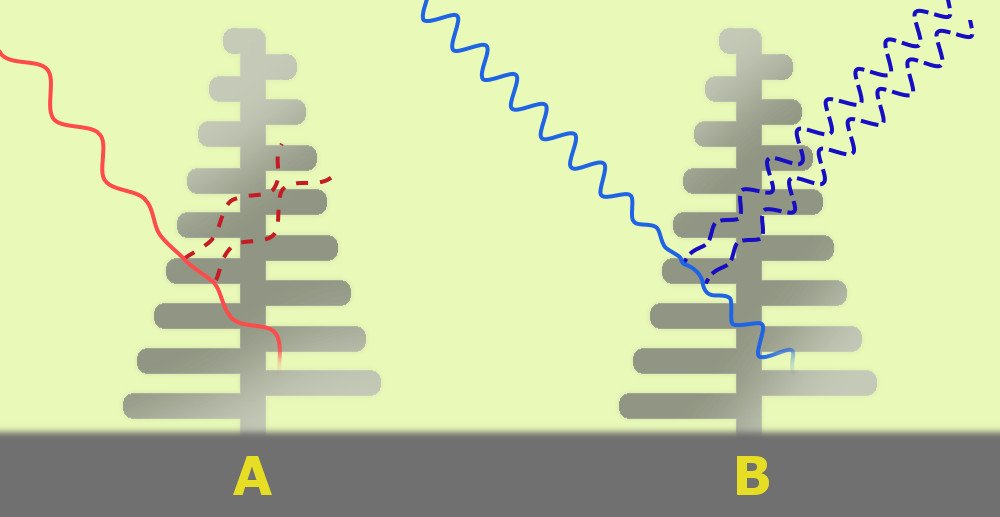 Representation of ridges and how they function (Blue Morpho Butterfly)

The only butterfly that is known to produce a blue pigment is called the ‘Olivewing’ butterfly. Until now, little has been known about this unique creature or how it produces the pigment (Florida Museum of National History).

Can They Lose Their Blue Color?

What if we change the refractive index of the wings, i.e., change the angle at which the light bends while passing through the ridges; won’t that put the rays “out of phase”? If that happens, we won’t be able to see the blue color. The question is, how can we change the refractive index? By simply filling the space in the ridges with some other material instead of air! Every material has its own refractive index, as they bend light at different angles, which means that even water can change the angle. If that’s the case, these butterflies will lose their color as soon as it rains, right? The answer is “No”. Thanks to evolution, the wings are made of a material that is naturally water resistant! The feathers are covered with a hydrophobic coating that helps them stay dry.

The lack of blue as a pigment is also seen throughout the plant world. Plants use a red pigment called anthocyanin for their blue color. Yes, you read that correctly. Plants tweak the anthocyanin by mixing it with other pigments or molecules to produce the color blue. Sometimes they use pH shifts to change the color as well. Scientists are trying to understand the genetics behind the process in order to replicate it with other flowering plants.

Evolution wasn’t able to develop a process for blue pigment production for every organism, but at least it provided a way to replicate the effect. The biological issue was taken care of by simple physics! We will have to wait and see if we ever come across an animal that can make blue pigment – or perhaps our scientists can unlock the mechanisms of plant genetics to simply create blue pigments!