It is the phenomenon of continuous lightning for over 9 hours a day, 300 days a year over lake Maracaibo in Venezuela where it meets river Catatumbo.

“It struck me like a bolt of lightning!” This phrase and others like it refer to the sudden, unpredictable and powerful force that is a lightning bolt, a somewhat rare and awe-inspiring site. However, what if lightning wasn’t all that uncommon or special? What if it were an almost daily occurrence that surprised no one. The phrase “lightning never strikes the same place twice” loses all meaning in the context of Catatumbo Lightning or the Maracaibo Beacon. Lightning is so common in certain pockets of Venezuela that it has different names glorifying its regular occurrence .

What is Catatumbo Lightning?

In northwest Venezuela, at the place where Lake Maracaibo meets the Catatumbo River, lightning occurs, on average, twenty-eight times per minute for up to nine hours each day after dusk, for around 300 days a year, accompanied by a storm. There are 250 lightning strikes per sq. km every single year. Lake Maracaibo is the largest lake in Venezuela, a brackish bay that meets the Caribbean Sea in the north. 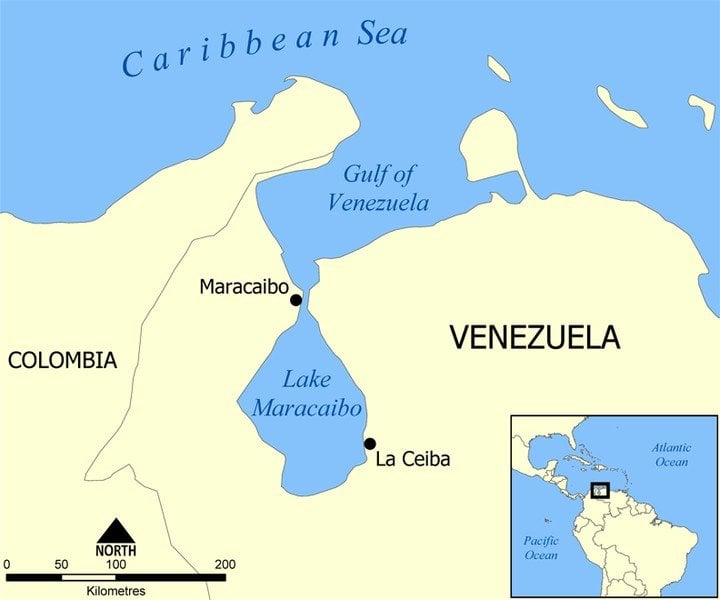 These unusually concentrated incidences have made Catatumbo lightning a phenomenon in its own right. It is most active in the months of September and October, and least active in January and February. There are two well-known spots that mark this remarkable incidence: the southwest region of the lake and the Colombia- Venezuela border. It disappeared for several months starting in January 2010, but started up again after a short hiatus, with some attributing the change to shifting global weather patterns.

This awe-inspiring phenomenon creates quite a sight to behold. It lights up the sky with streaks of phosphorescent colors, the white light being absorbed by dust and moisture to create a vibrant, colorful illusion. It can illuminate areas up to 400 km away, with the sound of the accompanying thunder not reaching anyone but the immediate witnesses. Its occurrence over water, during the night, contradicts the global pattern of lightning, which tends to occur over land in the afternoon.

This phenomenon has helped Venezuela earn the position as the Guinness Book record holder for the ‘highest concentration of lightning’. It has replaced its predecessor, DR Congo, in witnessing the most number of lightning strikes. It has now been termed by NASA the ‘Lightning Hotspot’ of the world. This phenomenon has had age-old recognition, and was actually used by sailors as a means of navigation. The locals that live in the region in palafitos (tin, one-room shacks) and the fishermen supported by the lake call it the ‘river of fire’. 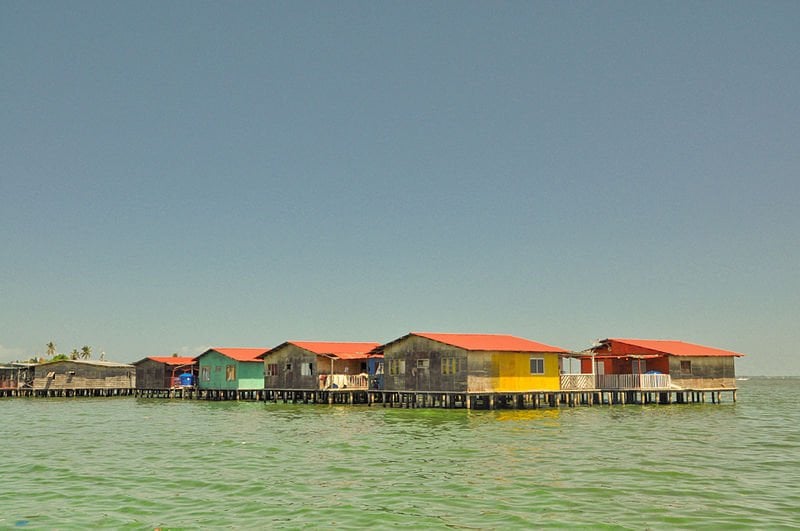 How Does Lightning Strike?

Lightning is characterized as an electrical discharge caused by imbalances between storm clouds and the ground, or imbalances within storm clouds themselves. Storm clouds are formed through a process where air near the ground is heated by the sun and moves upwards, but the surrounding cool air is denser than this warm air. A mountain face or the collision of warm and cool masses may contribute to the same effect.

The moisture in the warm air condenses into water droplets and continues to rise, leading the cloud to keep growing heavier. The water droplets continue to grow in size until they are too heavy for the grey cloud to hold up. Cool air moves downwards and pulls water down as rainfall. Cumulonimbus clouds may develop as large individual towers, with water droplets at lower elevations and ice crystals and extremely low temperatures at higher ones. These formations can give rise to powerful thunderstorms called ‘supercells’ that last for hours and create lightning. 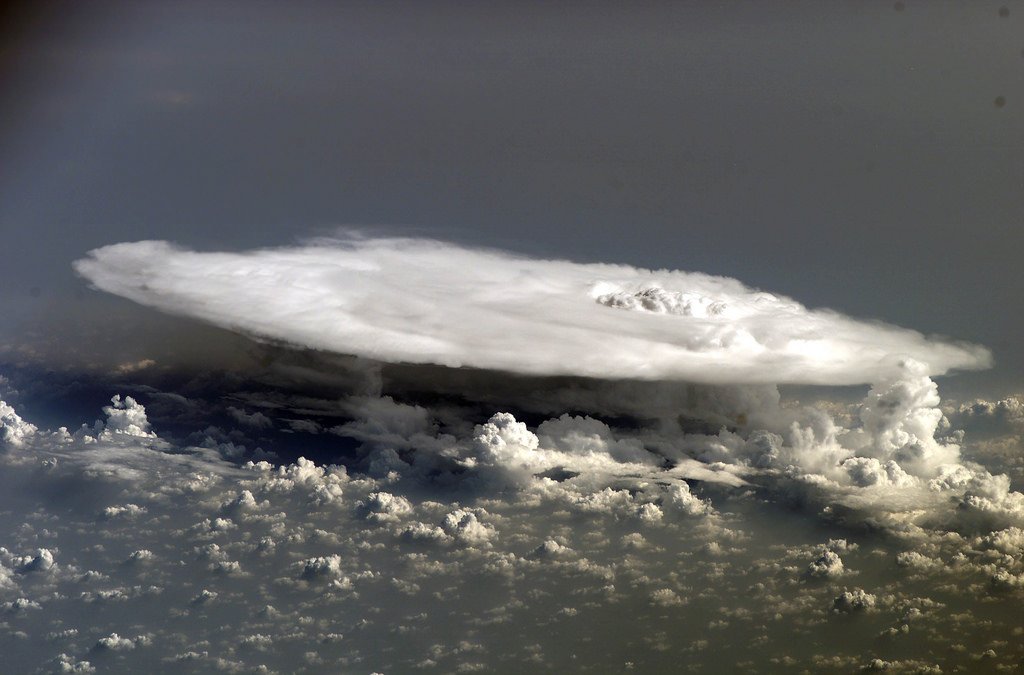 Here, colliding particles of rain, ice and snow within storm clouds create static charges. Water droplets in the rising humid air may also collide with ice in the cold air to create a static charge. The negative charges converge at the bottom of the cloud and objects on the ground become positively charged. The ensuing imbalance of charges leads to lightning strikes, where the charges zigzag to the ground or within the cloud in the form of lightning. The extreme heat emanated by a flash of lightning can make the surrounding air up to five times hotter than the surface of the sun. It can also cause the air to expand and vibrate, creating explosive thunderclaps.

Any amateur lightning strike can be described by the above process, so what is it that makes the ‘Beacon of Maracaibo’ a natural wonder, as well as something to watch out for?

The phenomenon is driven by the interaction of a multitude of factors: local and seasonal drivers of climate. Certain unique topographical features contribute to the escalation of the lightning frequency. The instability of air and moisture are driving factors that play key roles in the development of lightning.

The tropical summer sun, its resultant heat that pulls moisture from the lake, and the Caribbean sea with its perpetual warm water provide sufficient moisture for the constant storms. There are mountain ridges, part of the Andes mountain range, which cordon off three sides of the lake, leaving the warm air with limited space to move northwards. Strong, cool winds gust across these ranges in the evening and collide with the rising warm air to create the perfect level of instability to feed the formation of a cumulonimbus cloud. The turbulence that comes with the collision of warm and cool air is critical to the formation of a storm cloud. These towering clouds are further responsible for the increased frequency of lightning. Water droplets in the humid, warm air and ice crystals in the cool air collide to create static charges strong enough to light up 100 million light bulbs. 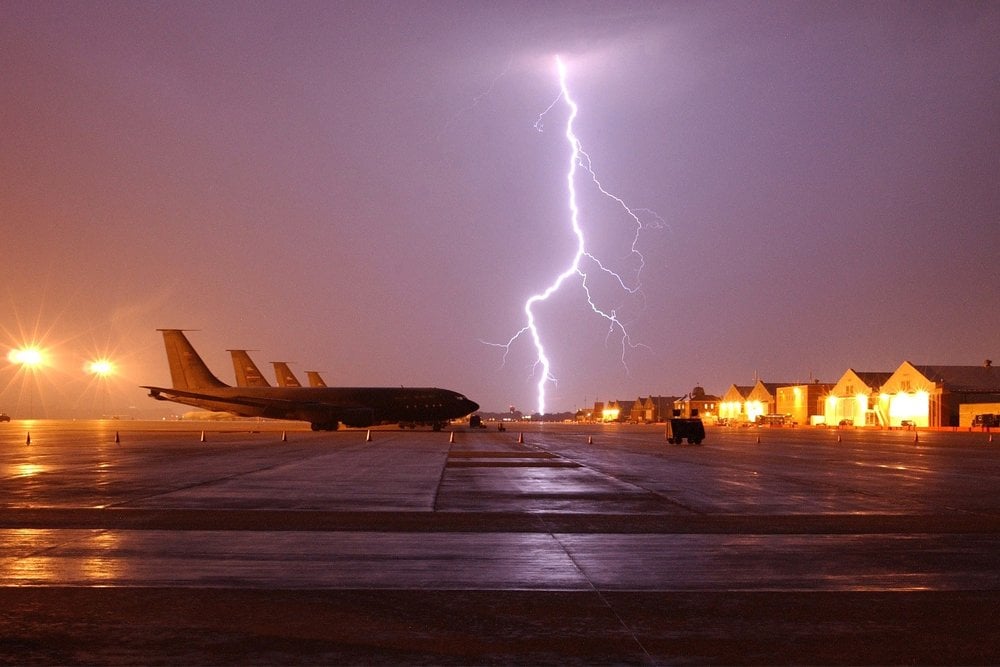 Why is This Lightning so Consistent?

Ten minutes of this lightning could illuminate all of South America, so what are the factors that make it such a predictable part of the everyday routine?

Previously, methane and uranium deposits below the lake’s surface were believed to fuel the conductivity of the air above it. They were considered to be possible explanations, but this was refuted by a lack of evidence.

Ángel Muñoz developed a model that could predict the occurrence of lightning, or at least the climatic conditions associated with an oncoming bout of lightning. He used data from seventeen years of study gleaned by the Optical Transient Detector on the OrbView1 Satellite and the Lightning Imaging Sensor on the Tropical Rainfall Measuring Mission Satellite. He studied the effects of different factors, such as sea surface temperatures, humidity, wind and the Convective Available Potential Energy (CAPE) in the development of this model. The CAPE variable is a measure of the instability that is a prerequisite in storm development.

The model devised finds that a combination of the CAPE variable and the ‘Maracaibo Basin Nocturnal Low-Level Jet’ is responsible for the daily incidence of lightning. The latter is a swift current of air that flows in and recedes like a tide between the surface of the lake and the bottom of the clouds. It transports moisture from the Caribbean and the lake to its southwest basin, which then interacts with the mountain ranges. It is a north- south wind pattern created due to temperature differences between the Caribbean and the lake.

This low-level jet is a local factor driving the daily lightning activity, as it generally occurs at the same time every day. However, certain seasonal- scale drivers are taken into account in order to predict the measure of moisture that it will transport. Sufficient moisture must be present to be able to create static charges and lightning, which can be used to explain the differential intensity and frequency of lightning. El Niño weather patterns result in drier weather and less moisture being transported. Seasonal-scale wind patterns not localized to the region, such as the Caribbean Low- Level Jet, may also have an impact on the intensity of lightning.

The Catatumbo Lightning phenomenon has come a long way from being a supernatural conundrum to a unique meteorological event, one that can nevertheless be explained by certain natural variables and their interactions. 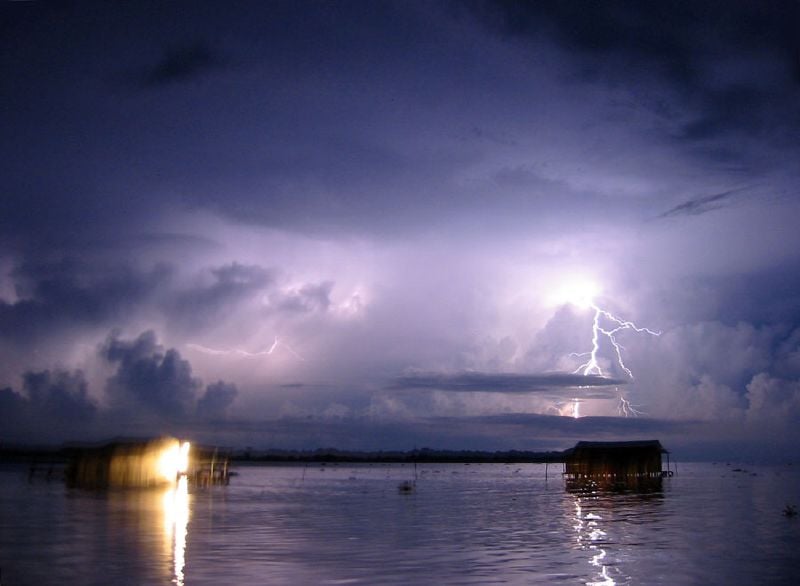 Still, it’s something so far removed from the ‘normal’, defying all expectations set for a good old bout of traditional lightning. Electrifying, isn’t it!?