Lightning splits up water molecules present in clouds to generate free radicals. These free radicals react with methane (a greenhouse gas) and break it down, thereby cleaning the atmosphere.

Lightning is an incredible sight to witness, as sharp jolts of crackling light brighten the night sky. Storm clouds smash into each other, resulting in bolts that are about one billion volts strong. That’s enough energy to power about 60 houses for an entire day!

However, apart from providing a few seconds of light, lightning also does us a huge favor by cleaning the air. That’s right, lightning is good for the environment!

So, how does it do that? Before we answer that, we should first understand a bit more about lightning itself.

When we rub our feet against the carpet and then touch someone, what causes that?

Lightning is the large-scale static electricity that occurs when storm clouds smash or rub against each other. 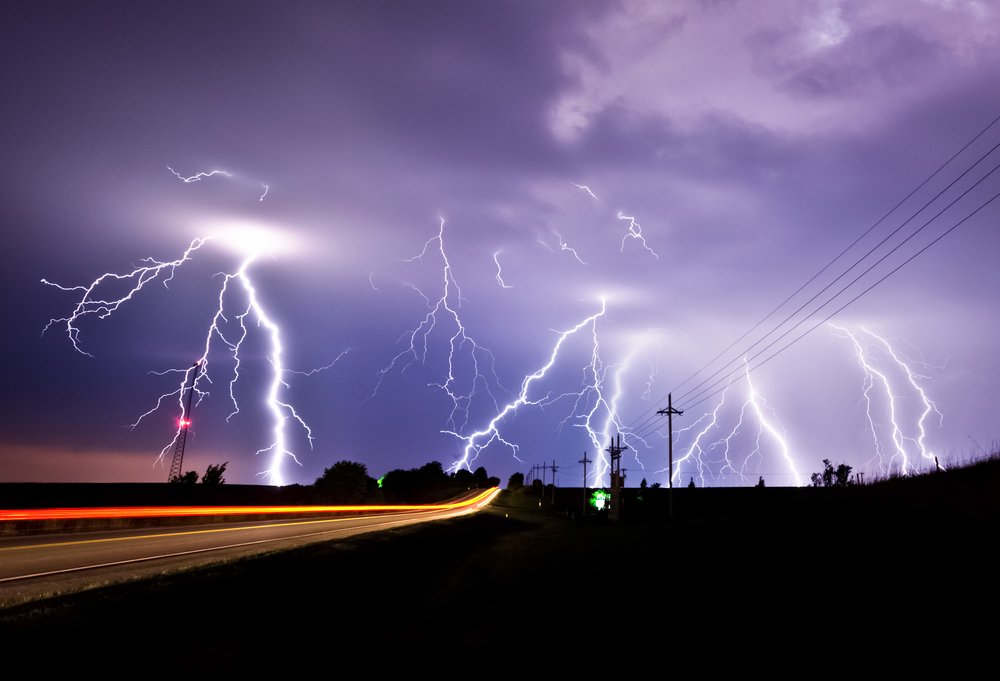 Lightning is a natural electrical discharge that occurs between clouds or between a cloud and the ground. (Photo Credits:Minerva Studio/Shutterstock)

Normal white fluffy-looking clouds don’t cause lightning, but storm clouds are filled with very rough air. The water present in the bottom half of such clouds are caught by this rough air and carried upwards, where the atmosphere is cooler, causing the water to freeze. Meanwhile, air is also pushing ice from the top half of the cloud down to the bottom.

The negatively charged storm cloud hovers over the positively charged ground. Once these two charges try to connect with each other, we get lightning.

So, why does lightning help in cleaning our atmosphere?

Lightning is 5X hotter than the surface of the sun! This incredibly intense heat and energy tend to break down the air molecules immediately surrounding the lightning bolt. This includes nitrogen and oxygen—the two gases found in the highest concentration in our atmosphere.

Hydroxyl radicals are just hydrogen and oxygen molecules that are missing an electron.

Let’s revisit basic chemistry to understand why this is significant. Electrons orbit around atoms—the smallest particles of elements—in pairs. Thus, if one electron ditches its partner, we are left with an unpaired or “free” electron. 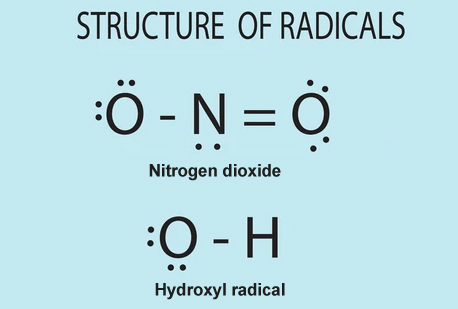 Molecules with these free electrons are said to be charged. The unpaired electron is excitedly looking for a new partner, so it’s on the lookout for new molecules to which it can bind. And remember, many charged hydroxyl radicals form as lightning breaks apart the water molecules present in the fluffy clouds.

Most lightning bolts don’t really touch the ground, but instead zig zag through the air, breaking up loads of cloud water. Because of this, huge amounts of these radicals are made, especially during strong storms.

The key to how lightning acts as an atmospheric air purifier lies in these generated radicals.

As mentioned earlier, the promiscuous hydroxyl radicals are always looking for new partners. And what are the closest molecules to these in the atmosphere? Greenhouse gases! The most common of these gases is methane (CH4).

This process is called oxidation. Believe it or not, it is estimated that lightning contributes between 2-16% of worldwide OH oxidation.

With more than three million lightning strikes occurring around the globe per day, there are plenty of hydroxyl radicals formed around the world all the time.

Additionally, apart from the lightning we see, there are also small invisible electrical discharges that come from the clouds. These discharges can’t be seen or detected by cameras, but require high-end special equipment in order to be seen. They also contribute to making hydroxyl radicals.

However, mankind’s greenhouse gas production doesn’t seem to stop. There is a real fear that soon, levels of methane will be so high that there won’t be enough radicals left to react with them. Fortunately, Mother Nature is smart, and already has a way of circulating hydroxyl radicals.

The air-purifying feature of lightning was a groundbreaking observation made by scientists. NASA refers to lightning as a “atmospheric detergent”. We already know that lightning helps in fixing nitrogen to the soil from the air, making it readily available for plants to use.

On top of that, lightning also helps in cleaning the air! Who would have thought that surges of incredibly powerful electricity would be able to do so much for us? An interesting observation is that, as global warming continues and our planet gets warmer, we see more and more storms happening around the world.

Now, to clarify these results, a lot more research needs to be conducted. Many planes will have to fly around the world near storms and gather a great deal more data about hydroxyl radical generation rates and methane levels before we can start thinking of lightning as Nature’s mitigation strategy for climate change!