When you look at a cake from above, what do you see? Obviously, you see both the icing and the chocolate chips. Only when you cut a piece are you able to observe the different layers inside the delicious dessert.

The same is the case with our planet. It ranges from a variety of topographic variations on the top, but the inside is also full of surprises. Interestingly enough, it’s actually these hidden parts that cause the changes in the surface of the earth that we see!

According to the theory of Plate Tectonics, the upper crust of Earth is composed of plates. There are two types of plates: continental and oceanic. The oceanic plates are comparatively heavier, so when these collide with the continental plates, they subduct downwards, forming a zone referred to as a subduction zone. This fascinating phenomenon contributes to the formation of the world’s deepest trenches, the occurrence of the most powerful earthquakes, and even massive volcanic eruptions!

What Are Tectonic Plates?

Before diving into the science of subduction zones, let’s first take a look at what the theory of Plate Tectonics is all about.

According to this theory, the outer shell of the earth, known as the lithosphere, is composed of broken slabs or plates of rock. These slabs of rocks are called tectonic plates. The plates exist somewhat like puzzle pieces. What is even more interesting, however, is that these plates are in continuous motion as they float on the asthenosphere.

The asthenosphere is the layer of the earth that lies directly under the lithosphere. It is viscous and fluid in nature.

Plate boundaries are actually the peripheral areas of a tectonic plate. A tectonic plate can come in two types, based on its density. It can either be an oceanic plate or a continental plate. A characteristic feature of a continental plate is that it’s comparatively lightweight, as it is composed of granitic material. On the other hand, an oceanic plate is much denser and heavier, which can be attributed to its basaltic composition. 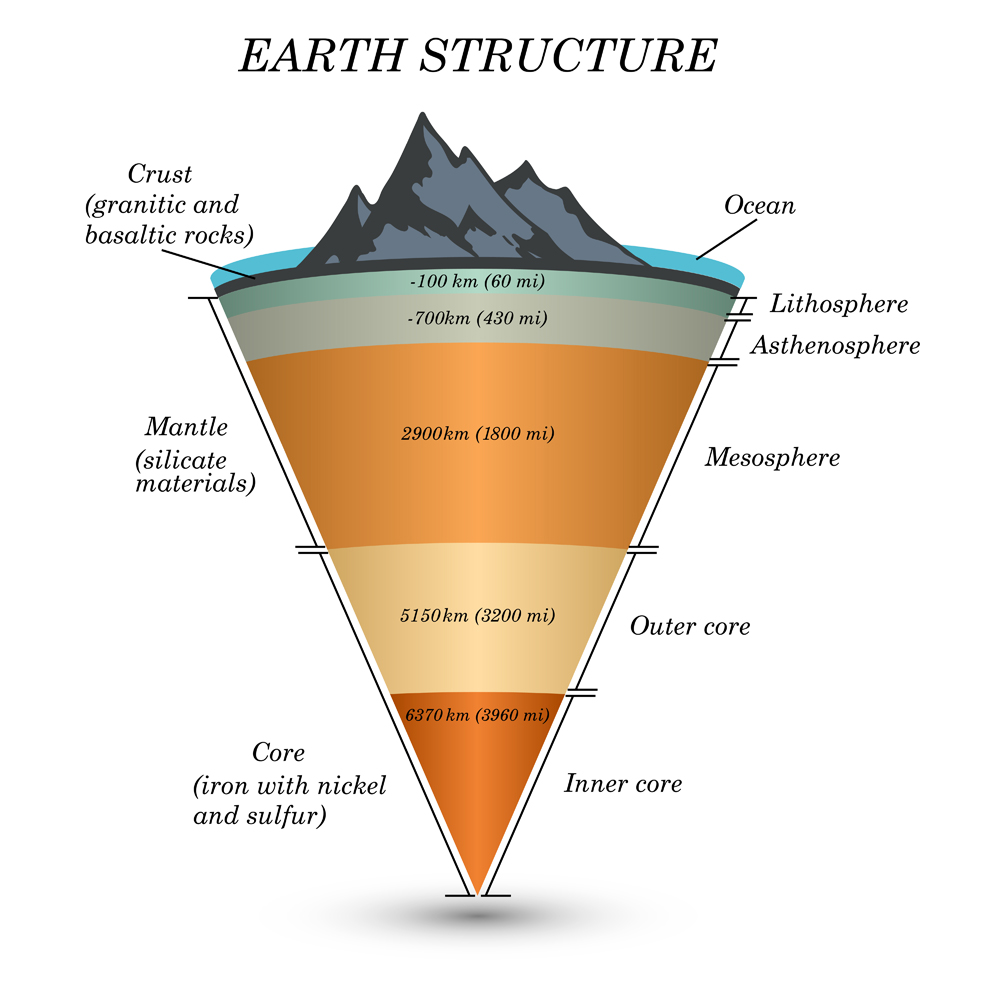 The longitudinal structure of the earth (Photo Credit : Ellen Bronstayn/Shutterstock)

Now, if the plates are in motion, what happens? Primarily, every structure or disturbance, such as an earthquake or a volcanic eruption, is caused by this geologic activity. The plates either converge with each other or they diverge away from each other. However, if a plate is converging at one point, then it must undoubtedly be diverging from another!

What Are Subduction Zones?

Even though the plate boundaries are absolutely invisible from the surface of the earth, they are definitely still there. These boundaries can also be mapped through certain satellites.

It was found that when two plate boundaries floating on the asthenosphere converge towards each other, the denser one subducts beneath the lighter one. This can be understood by taking the example of two boats.

Consider a boat carrying many boxes of goods. If this boat collides with an empty one, which one do you think would submerge? Of course, the boat with the goods, because it is significantly heavier! The formation of a trench when two plates collide (Photo Credit : stihii/Shutterstock)

When an oceanic plate collides with a continental plate, the oceanic plate (being heavier) bends and slides beneath the continental plate. When this plate is forced to bend downwards, the process is called subduction. The process of subduction results in the formation of a zone called a subduction zone. The plate that bends usually curves down into the mantle. After curving, it forms a v-shaped zone in the ocean that is very narrow. This curving also gives rise to a series of stunning phenomena, such as the formation of trenches, the occurrence of earthquakes and even volcanic eruptions!

What do subduction zones create?

As mentioned above, subduction zones form oceanic trenches. At the region where the oceanic crust bends and curves into the mantle, a v-shaped region is formed. This region results in the formation of a deep trench. An oceanic trench is a depression in the seafloor that is very narrow in width. The famous Mariana Trench in the Pacific Ocean is a classic example of this phenomenon in action! 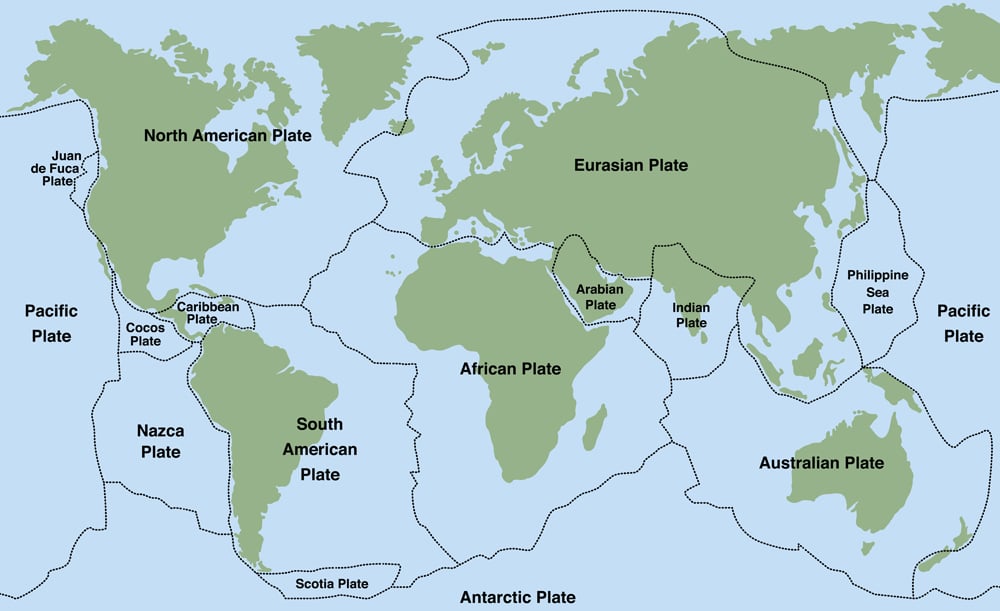 The Plates of the World (Photo Credit : Peter Hermes Furian/Shutterstock)

Subduction zones are also responsible for volcanic eruptions. As the plate slides into the hot mantle, the fluids trapped in the plate are released. These hot fluids rise up and partially melt the overlying crust. This results in the formation of magma, which rises up through varying landmasses and is released through a volcanic eruption. A very popular example of this activity is the region where the Pacific Ring of Fire lies. This area is composed of three active plates, namely the Eurasian Plate, the Pacific Plate and the Indo-Australian Plate.

Aside from the trenches and volcanic eruptions, subduction zones also cause earthquakes. When two massive crustal plates collide, the energy that is stored is also enormous. When this energy is released, earthquakes occur. Sometimes these are major, causing severe destruction, while at other times, they can be felt in terms of mild tremors. A graph of such tremors would show something that looks like a medical CT scan! As we know, what is visible from the top might be caused by a number of underlying reasons. Subduction zones, being the case in hand, are responsible for many catastrophic events that we witness on a daily basis. Earth is truly a place of ever-expanding wonder, isn’t it?