The African continent is, in fact, splitting in two.

The global media began buzzing recently when a large “crack” appeared in the Kenya Rift Valley. Many credible professionals and scientists have actively tried to get to the bottom of this strange and mysterious crack, which seems to have appeared out of nowhere. Now, many of these studies are concluding with a firm belief that the African continent is splitting in two. With that frightening prospect in mind, let’s try to take a holistic view as to what took place concerning this “crack.” 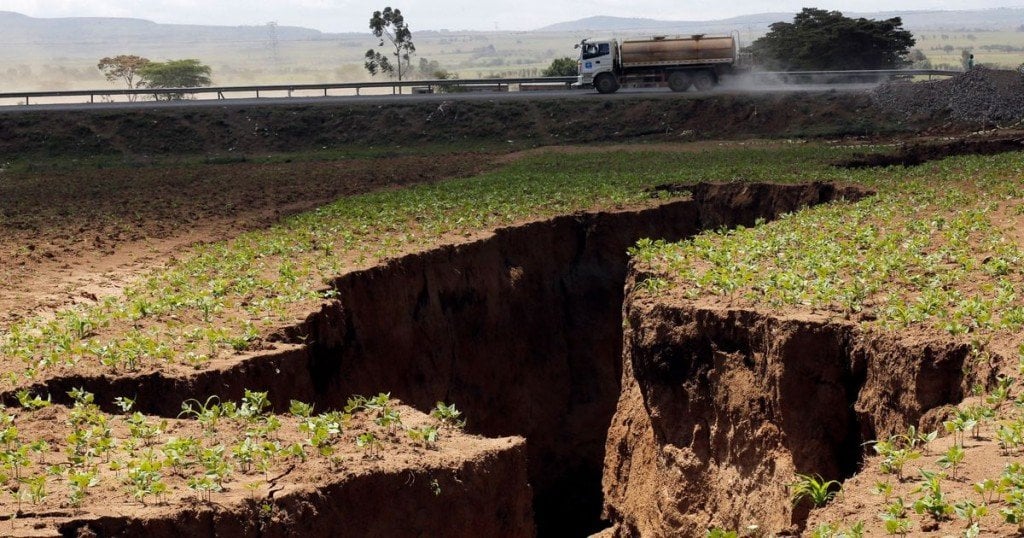 A large crack, stretching several kilometers, suddenly appeared recently in Southwestern Kenya. The crack continues to grow, and recently caused the Nairobi-Narok highway to collapse. During the initial phases of the crack, it was closely linked to tectonic activity along the East African Rift. One speculation as to why this occurred is due to erosion gullies. However, questions still linger as to why the crack occurred in the place it did, and whether it has any significant connection to the East African Rift.

Now, Earth as a whole is not a planet that experiences a constant state of homeostasis. Its changes occur on such a minute level that it can be very hard for us to observe. Plate tectonics is a classic example. The tectonic movement keeps happening on a minute level, but is only noticed when something major happens. Yet, every now and again, the tectonic plate shift becomes so dramatic that it leads to renewed questions about the African Continent splitting in two.

The Earth’s lithosphere (formed by the crust and the upper part of the mantle) is broken up into tectonic plates. These plates are not stationary, but instead move relative to each other at varying speeds, “gliding” over a viscous asthenosphere. Exactly what mechanism or mechanisms are behind their movement is still widely debated, but are likely to include convection currents within the asthenosphere and the forces generated at the boundaries between the plates. These forces do not simply move the plates around; they can also cause plates to rupture, forming rifts and potentially leading to the creation of new plate boundaries. The East African Rift system is an example of where this is currently happening.

The East African Rift Valley stretches over 3,000 km from the Gulf of Aden in the north towards Zimbabwe in the south, splitting the African plate into two unequal parts—the Somali and Nubian plates. Activity along the eastern branch of the rift valley, running along Ethiopia, Kenya and Tanzania, became evident when the large crack suddenly appeared in southwestern Kenya. 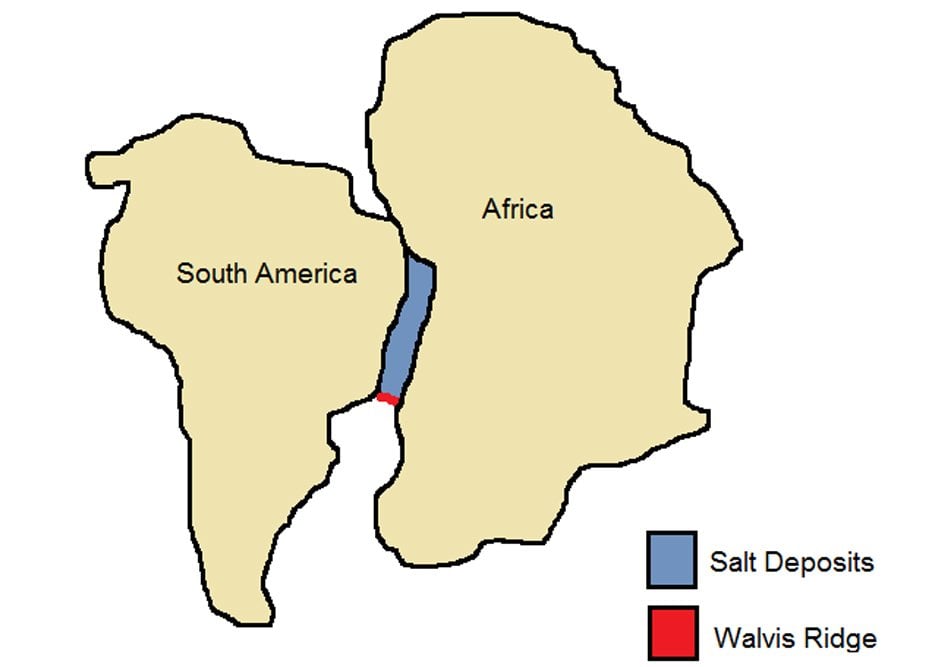 There are many reasons for the rifting of tectonic plates. Ultimately, all tectonic forces on Earth are the result of mantle convection, and the extensional forces required for rifting are no exception. Mantle convection occurs due to the thermal expansion of mantle material upon heating. The expansion causes a reduction in density in comparison to the overlying fluid, and the resulting buoyant forces cause the material to move upwards. Once the fluid reaches the surface, it cools and becomes denser and sinks. Heating then occurs, and the process repeats itself to form what is known as convection cells. Mantle convection can explain rifting simply by placing continental rifts at the boundaries of convection cells. It is unlikely that all rifts are the direct result of mantle convection, as is impossible to derive a set of simple cells that are compatible with the geometry and locations of all modern rifts. Thus, other forces must also be at work.

There is another phenomenon called plumes that may be to blame. Rifting can be caused when hot material from a mantle plume reaches the base of a continental plate and causes the overlying lithosphere to heat up. In addition to this, the upward movement of the plume against the base of the plate results in extensional forces, which can cause rifting.

There is also another phenomenon known as slab pull and ridge push. As a continental plate is subducted, the material in the subduction zone tends to pull the plate downward, creating a force known as slab pull. Material built up at spreading ridges tends to push the two plates away, creating a force known as ridge push. Slab pull and ridge push can cause rifting when two ends of a continent are subjected to these forces. If the continent contains a weak zone, these forces can be sufficient to cause a continental break-up. Subduction may also cause rifting when the lithosphere bends before subduction. The bending increases the curvature of the plate, which means that the surface radius of the plate must increase, putting the plate under extensional forces, which can result in rifting. Rifting may also be apparent in areas of thickened elevated continental crust, such as those that result from collisional orogeny (mountain building). In these cases, the weight of the material causes lateral spreading due to gravitational collapse, and because of the spreading, stretching and rifting that occur. 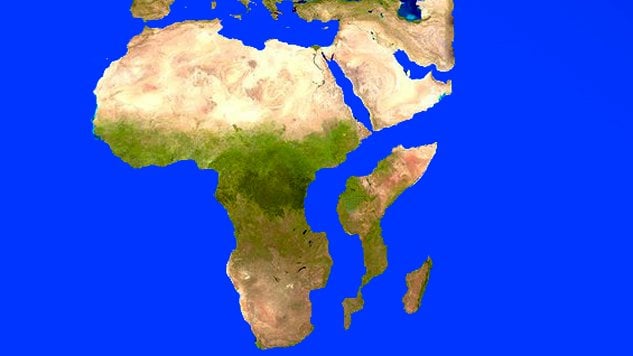 Rifts exhibit very distinctive topography, characterized by a series of fault-bounded depressions surrounded by higher terrain. In the East African system, a series of aligned rift valleys separated from each other by large bounding faults can be seen from space. Not all of these fractures formed at the same time, but rather followed a sequence starting in the Afar region in northern Ethiopia around 30m years ago and propagating southwards towards Zimbabwe at a mean rate of between 2.5-5cm per year.

The East African Rift is unique in that it allows us to observe different stages of rifting along its length. To the south, where the rift is young, extension rates are low, and faulting occurs over a wide area. Volcanism and seismicity are limited. Towards the Afar region, however, the entire rift valley floor is covered with volcanic rocks. This suggests that, in this area, the lithosphere has thinned almost to the point of a complete break. When this happens, a new ocean will begin forming due to the solidification of magma in the space created by the broken-up plates. Eventually, over tens of millions of years, seafloor spreading will progress along the entire length of the rift. The ocean will flood in and, as a result, the African continent will become smaller, and there will be a large island in the Indian Ocean composed of parts of Ethiopia and Somalia, including the Horn of Africa.