The Earth has seven continents – North America, South America, Africa, Asia, Europe, Australia and Antarctica. These continents constitute about 29% of the Earth’s surface, while the remaining 71% is made up of water. However, did you know that once upon a time, all the continents were actually one large landmass? Believe it or not, it’s true!

Alfred Wegener was a German scientist. About 100 years ago, in 1915, Wegener proposed his theory of continental drift. In it, Wegener said that the continents were not fixed in place. He said that all the continents had initially been one big landmass, which he called Pangea. This land mass eventually broke up and split to form 7 smaller land masses, which are now the continents we know today. These continents are in a state of constant motion, although it is imperceptible on a daily basis. However, Wegener must have had some reason to come to this conclusion. One doesn’t just concoct such a story… so what was the basis of his theory? 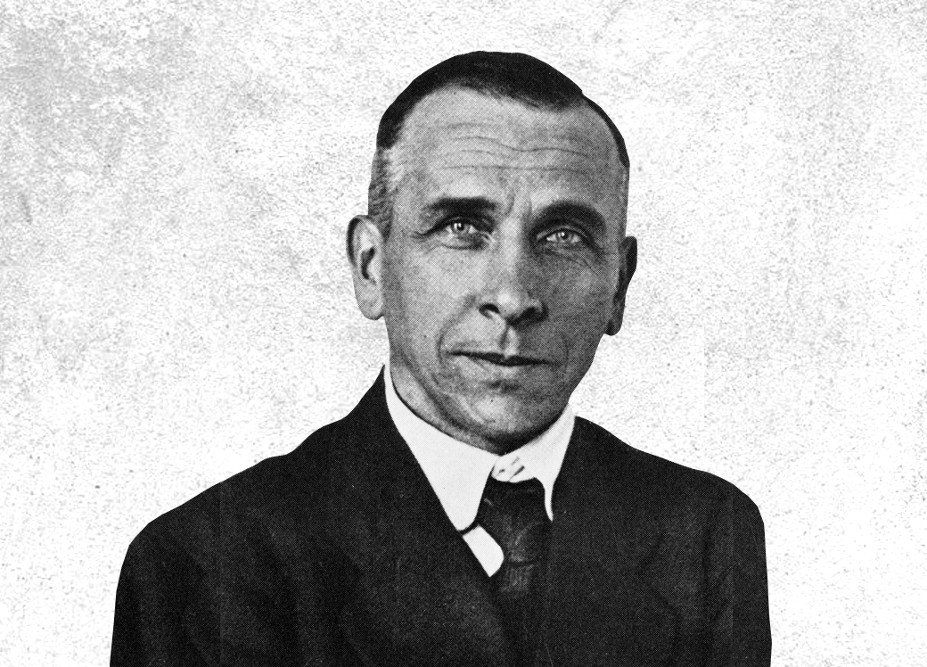 Wegener based his theory on 2 basic facts.

First was the geological fit. Wegener noticed that the coastlines of all the continents seemed to fit together, like a jigsaw puzzle. Even now, if you look at a world map or a globe, you will notice that the west coast of Africa fits into the east coast of South America. This is only one of many examples.

The second proof was the study of fossils. Wegener studied papers based on fossil findings and realized that fossils of various extinct animals were found in 2 or more disconnected regions. The animals would not have been able to travel over the water, obviously. One such example is the fossil of the Mesosaurus. It was an animal that resembles the modern-day crocodile. It was a coastal animal with short hind legs. Its fossils were found in eastern South America and South Africa. 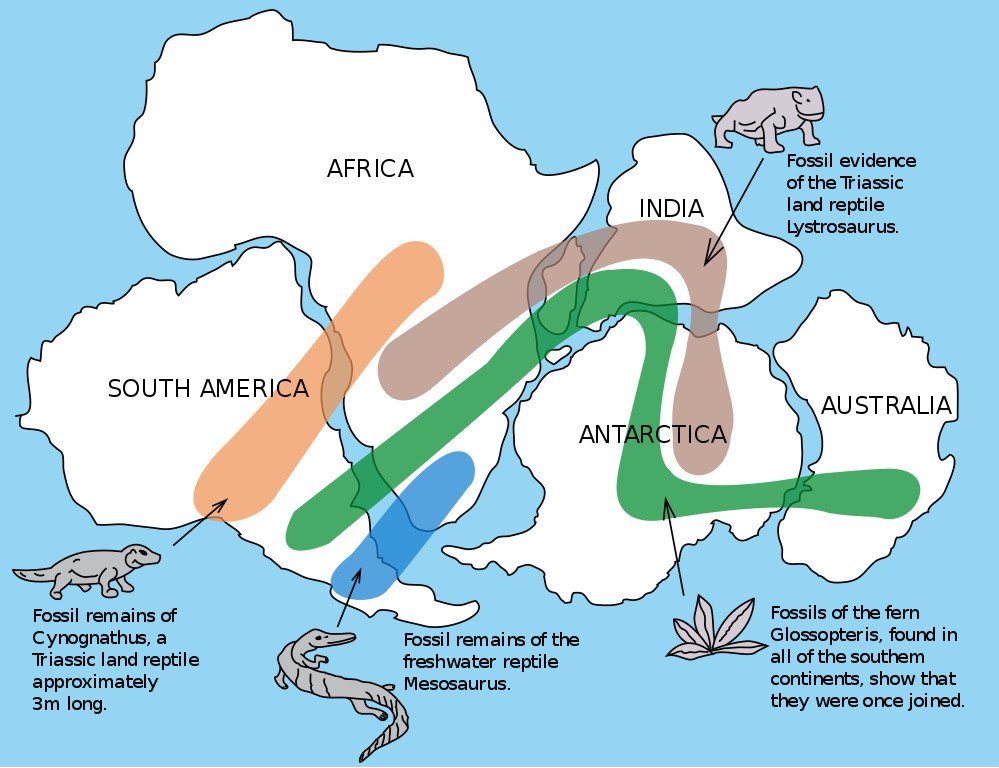 If you look at a globe, those 2 regions are separated by a body of water, which the Mesosaurus would have been unable to cross. Hence, there is no way that it could be present in both regions unless there was a physical land connection between the two. Additionally, certain fossils were found in places that wouldn’t have been conducive to the growth of that particular plant or animal. Even the existence of certain types of rocks supported this piece of evidence.

Looking at these 2 main factors, Wegener hypothesized his continental drift theory. He suggested that the continents are floating on the mantle – a layer of hot, molten rocks in the Earth. Due to the heat produced by this layer, currents are created, which cause the continents to drift. He also stated that the centrifugal force generated by Earth’s rotation contributed to the movement.

Wegener’s theory was not accepted, as those 2 factors were not considered good enough proof to support his claim. He was also unable to satisfactorily justify the reason behind the movement of the continents. Scientists had determined that the forces he claimed were responsible for the continental drift were in fact not strong enough to do so. This led to the rejection of his hypothesis. However, history has proven that most theories that are groundbreaking revelations seem outlandish in their initial stages!

Wegener’s theory did not gain the popular vote of the scientific community until after his death. Advancements in technology led to the collection of new data, which corroborated certain aspects of Wegener’s theory. As his theory was based on the data available to him then, it was proven wrong on a number of points, but it still provided the base for one of the most important theories in geology – the theory of plate tectonics. This theory was suggested in 1965 by a Canadian physicist, J. Tuzo Wilson. 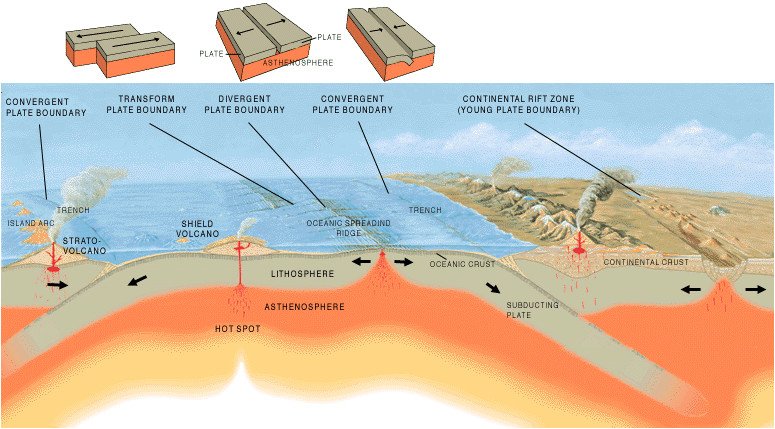 He said that the continents and ocean crust together formed the lithosphere. This lithosphere was divided into large plates that float on a layer of molten rock, known as the asthenosphere. The rocks in the asthenosphere are under huge amounts of heat and pressure, which cause that molten rock to act like a viscous fluid (think honey!). Therefore, the plates of the lithosphere float on this molten layer of rocks and are constantly moving. This movement led to the breaking up of Pangea into the 7 continents.

The plate tectonics theory was essential, as it could also explain a number of irregularities in other theories. For instance, the formation of mountains. Earlier, it was believed that the Earth was initially a ball of molten mass. When this started to cool, it led to the surface cracking up in some places and folding on itself in others. This is how mountains were believed to have been created. However, according to this theory, all mountains should have been formed at approximately the same time, which is not the case. Plate tectonics provides another, more plausible explanation for this. Due to the constant movement and interaction of the tectonic plates with each other, various geological structures were formed. In places where a plate faced resistance to its movement, it would fold upward and create mountains.

The theory of Plate Tectonics is now widely accepted. There is sufficient proof to support it, and it is an important aspect of geology, oceanography, geophysics and even paleontology. Wegener’s theory may not have been entirely accurate, but with the data he had available to him at that time, it was still quite a feat.