The moon has an important role in stabilizing the Earth’s rotation and axial tilt. Without the moon, the Earth would be subject to much greater variations in its climate, shorter days, and weaker tides.

There are many things that humans simply take for granted. For example, how many times have you thought of the existence of our moon as an absolute? Ever wonder where we’d be without it? It has been one of the main reasons why humans have looked up at the sky and wondered about our place in the universe for thousands of years.

For most people, it has been the ultimate proof that we’re part of something bigger, deeper, and more consequential than our lives here on this blue rock. The moon has been an integral part of our past and present. It has an incredible story, and we need to realize that the story isn’t finished… not even close!

The most scientifically accurate theory regarding the origins of the Moon is nothing short of mind-boggling. Earth is an old creation, but our Moon is only slightly younger. The moon was formed roughly 4.53 billion years ago, just 13 million years after the creation of Earth. During that time, our Solar System was a chaotic neighborhood of creation and destruction. One such case of destruction resulted in a far more elegant creation. A proto-planet the size of Mars was set on a collision course with Earth, and out of the ashes of that collision, our satellite moon was born. The debris borne from this collision is what coalesced to form our silvery companion in the sky. Therefore, it is safe to assume that the moon is a part of our history, in an extremely profound way. Moon rock samples have confirmed this, as their inspection has led scientists to conclude that it is an identical twin to Earth in terms of composition.

The Moon is bound to Earth in orbit by the gravitational force that the Earth exerts on it, but the Moon also exerts the same gravitational force on our planet, which causes the movement of the Earth’s oceans, forming a tidal bulge. This bulge manifests itself in a form of deceleration of Earth’s rotational speed. As the earth gets slower, the centrifugal force that it exerts on the moon decreases.

To compensate for this change, the moon begins to revolve in a larger orbit. This effect is much like what you observe in a merry-go-round when an object placed on the rotating disc moves away from the center unless it is secured in place. The only thing that’s different is that the object doesn’t exert a significant amount of gravitational force on the merry-go-round to keep it stable and locked in equilibrium. The moon is therefore moving away from the Earth at an average of 3.87 cm per year. It once sat much closer to the Earth – a mere 22,500 km away, as compared with the 384800 km (according to NASA) that sits between the Earth and the Moon today. Without the moon, the Earth might slow down on its own, but it would take much more time.

On early Earth, when the Moon was newly formed, days were only five hours long, but with the Moon’s braking effect operating on the Earth in the form of a tidal bulge for the last 4.5 billion years, days have slowed down to the 24 hours we are now familiar with, and they will continue to slow down in the future. You might wonder why the Sun doesn’t have an effect on Earth’s rotational speed, since it’s obviously much larger than moon. The answer lies in the fact that it is simply too far away to have a significant influence on the tides of our planet. 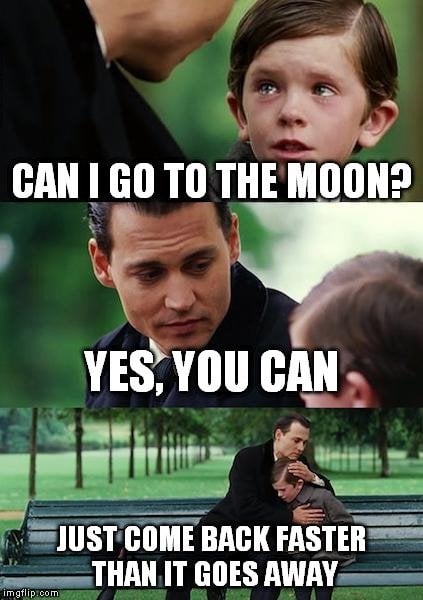 Also Read: How Important Is The Moon For Life On Earth?

The seasons of Earth are heavily dictated by the fact that our rotational axis is tilted by about 23 degrees and is not constant. If the Earth continues to slow down, the inclination will continue changing, which will bring about disastrous changes in our planet’s climate. The momentum due to Earth’s rotation is what keeps it stable and wobble-free. 3.87 cm per year is a small amount compared to the Moon-Earth distance of about 384,800 km, and we don’t need to worry about hailstones in the Sahara for the foreseeable future However, in about a few billion years, we will achieve a state of equilibrium. The Earth will eventually slow down and become tidally locked to the Moon, the same way that the Moon is locked to us. Instead of 24 hours, a day would last for some 47 current Earth days (source). However, in reality, the Sun will have likely died out by then, and there’s no point in talking about seasons without our favorite star!

What If We Had No Moon?

So, we know that the moon is moving slowly away, but let’s take a look at the hypothetical scenario in which we were satellite-free, and the moon didn’t exist. This might be the best way to understand the moon’s importance.

Firstly, we need to understand the importance of axial tilt, which is a direct effect of the moon’s revolution around the Earth. Without it, the Earth might have turned out like Mercury, which rotates with no tilt. Due to this, there are no seasons on Mercury. On the other extreme is Uranus, with an axial inclination of about 90 degrees and a daily change of seasons. Can you imagine what it would be like to be buried in snow at 6 am, but sweating in the heat by 6pm? Secondly, our nights would be much less illuminated. While it’s definitely dark at night, it’s the reflected light from Moon that provides us with some semblance of illumination. Now, imagine seeing the next brightest object in the night sky, Venus, which is only about 1/14,000 times as bright as the moon. You wouldn’t be able to see the hand right in front of your face. Thirdly, our tides would be tiny, if not non-existent. The only pull they would feel would be due to the Sun, which is inconsequential. Without the moon, you’d have to say goodbye to cruises in the Mediterranean.

Finally, assuming that there had been no collision 4.5 billion years ago, and there was no moon, the Earth would still be rotating at its original speed. The days would be 5 hours long, and many of you would be able to realise that crazy fantasy of doing your favorite activity, like playing, reading and sleeping, for an entire day! 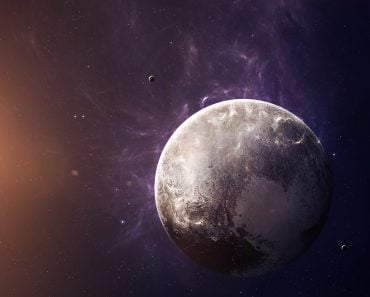