The moon is tidally locked to Earth, meaning that it faces only one side towards our planet. As it passes between the Sun and Earth, its visibility varies, making it wax and wane. The phenomenon of the moon going from new to a full moon is called a waxing moon.

The moon holds a special place in our imagination. From inspiring countries to build rockets for advancing the space race to inspiring poets to translate their love into words, it affects and engages every culture on Earth. 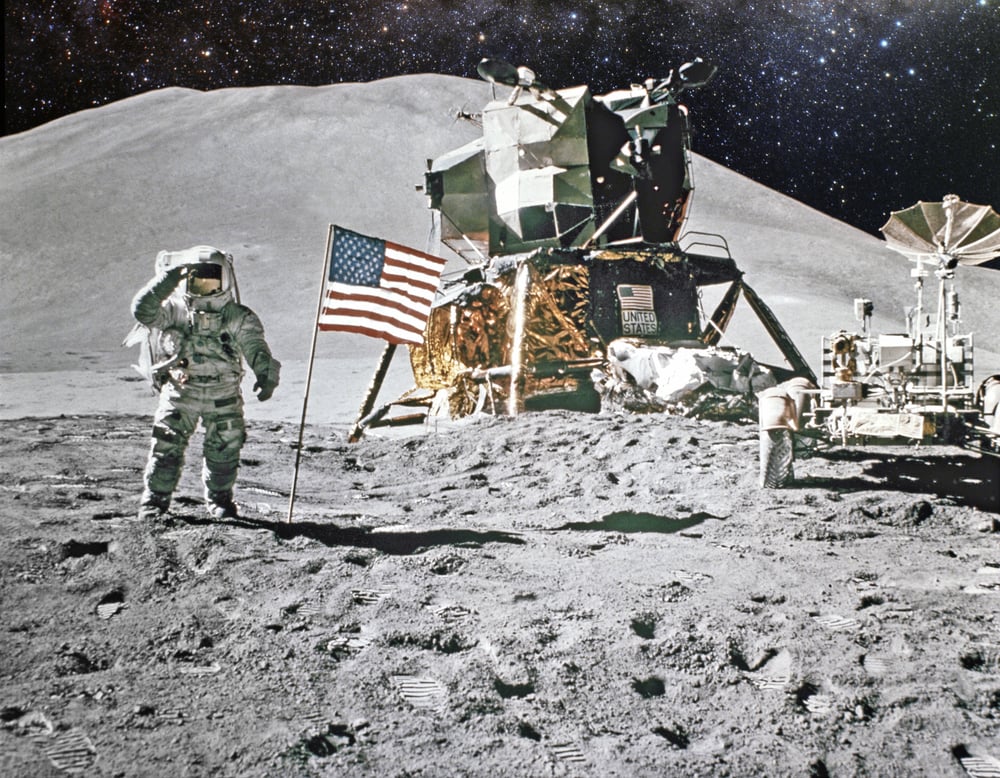 It is the only celestial body humans have left a footprint on, though its significance has been known for centuries. During its various phases, the visibility of the moon varies like clockwork, so much so that it has often been used as a calendar throughout history. This continuous cycle is known as the waxing and waning of the moon and it gives some insights about the relationship between the moon, Earth, and the sun.

Our solar system formed some 4.6 billion years ago. This happened as gravity in the nebula pulled together dust clouds, creating the Sun. A thin disk gathered around the Sun, which gave birth to the celestial bodies of the solar system; the planets, the dwarf planets, the asteroids, and the moons.

Earth formed around 4.5 billion years ago, at which time there were other celestial bodies around its orbit, making it very prone to collisions. And collide it did! According to the Giant Impact hypothesis, it is believed that a large celestial object collided with Earth while it was in the latter stages of its development. This impact resulted in large quantities of debris being blown out into space. The debris aggregated to form what we see today as the Moon. 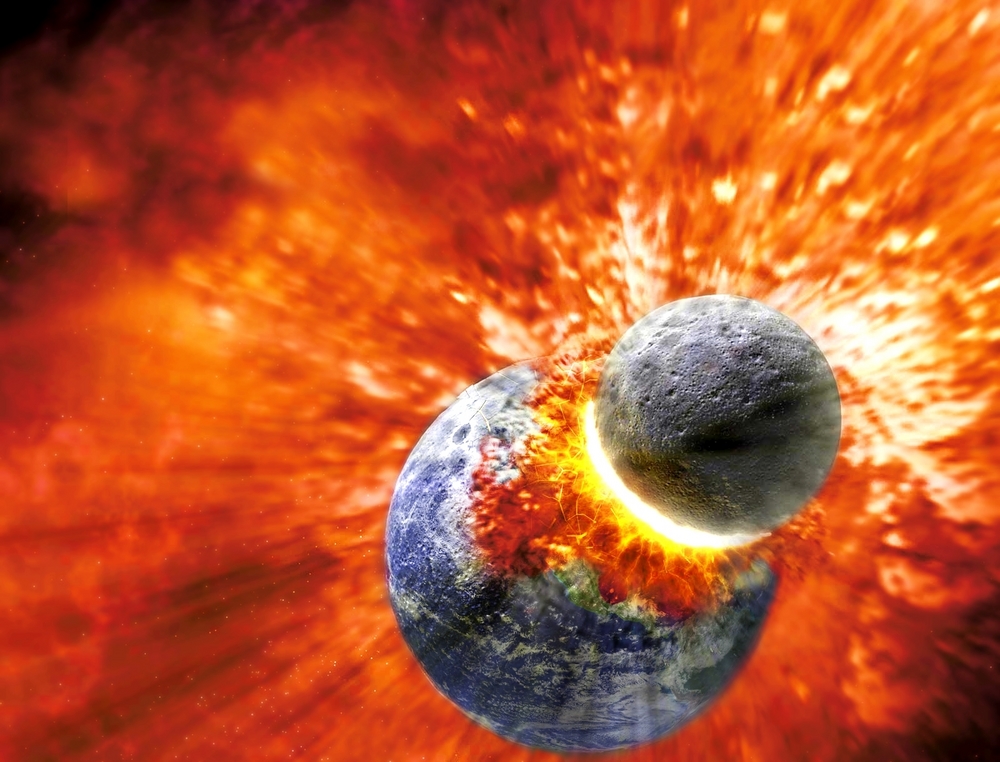 Although the Moon is slowly moving away from Earth, it is believed that when it was first formed, it was around 20 to 30 thousand kilometers to Earth. Its current distance is 384,000 km from the Earth, and it is still highly affected by Earth’s gravity.

The moon is tidally locked with Earth, which means that it faces only one side towards our planet and rotates ever so slowly around its axis (once a month), such that it is always facing the same side of itself towards Earth. This state is called tidal synchronization, which is seen in most of the moons surrounding other planets. 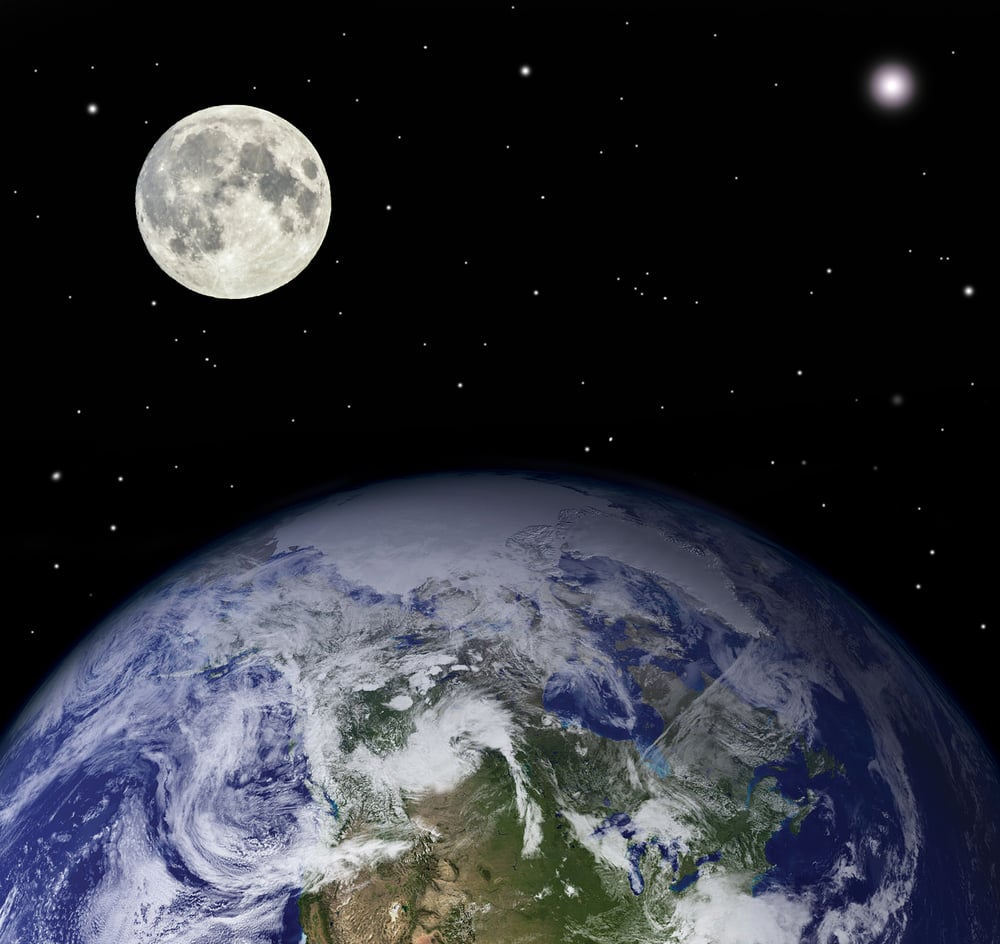 This is why we only see one face in our sky and are unable to see the ‘dark side’ of the moon. How much of that face we see depends on where in its lunar phase the moon happens to be. These lunar phases, the waxing and the waning of the moon, are caused by the geometric relation between the Sun, the Earth and the Moon.

The reason behind the Waxing Moon

The Sun is the core star of our solar system, and Earth revolves around it. The moon, in turn, revolves around Earth and the relative movement of these three celestial bodies creates many of the interesting phenomena we see in the sky, including the different phases of the moon and eclipses, among other things.

The glow of the Moon is not it’s own; it shines as a result of the Sun’s light, which gets reflected off it. Just as the Sun illuminates the side of the Earth-facing the star, it also illuminates one side of the Moon at all times. However, we partially see the moon sometimes from Earth, depending on where the Moon is in its orbit around our planet, relative to the Sun.

How the moon appears on Earth is relative to where it is to the Sun and Earth (Photo Credit : Orion 8/Wikimedia Commons)

This happens when the moon is between the sun and the earth. The illuminated side of the moon is facing towards the sun and away from the earth, which makes it completely invisible, merging into the dark night. The new moon marks the ending of the waning cycle of the lunar phase. There is a lot of significance to the New Moon in various religions and it is seen as the beginning of a new cycle. 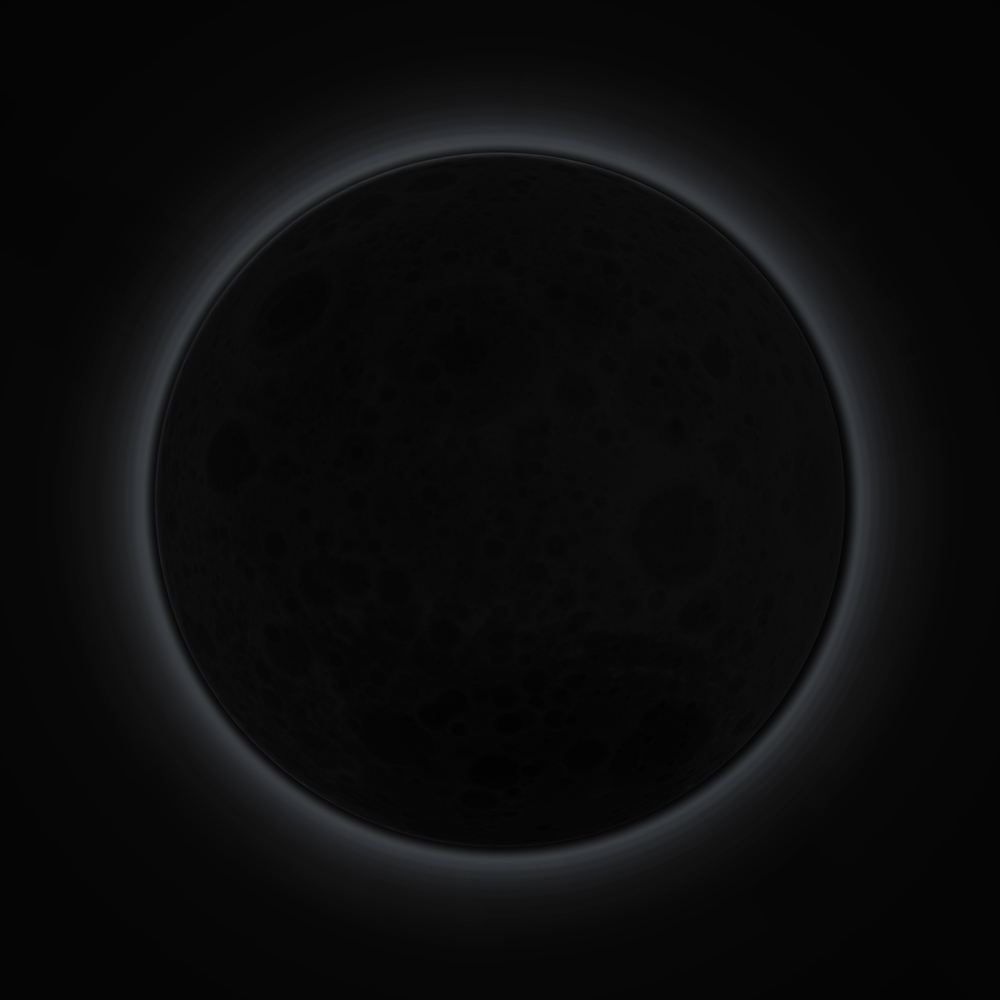 When a sliver of the moon starts to appear, it is called the waxing crescent. The shape of the moon is like a sickle and is an image that is widely used to represent the moon. 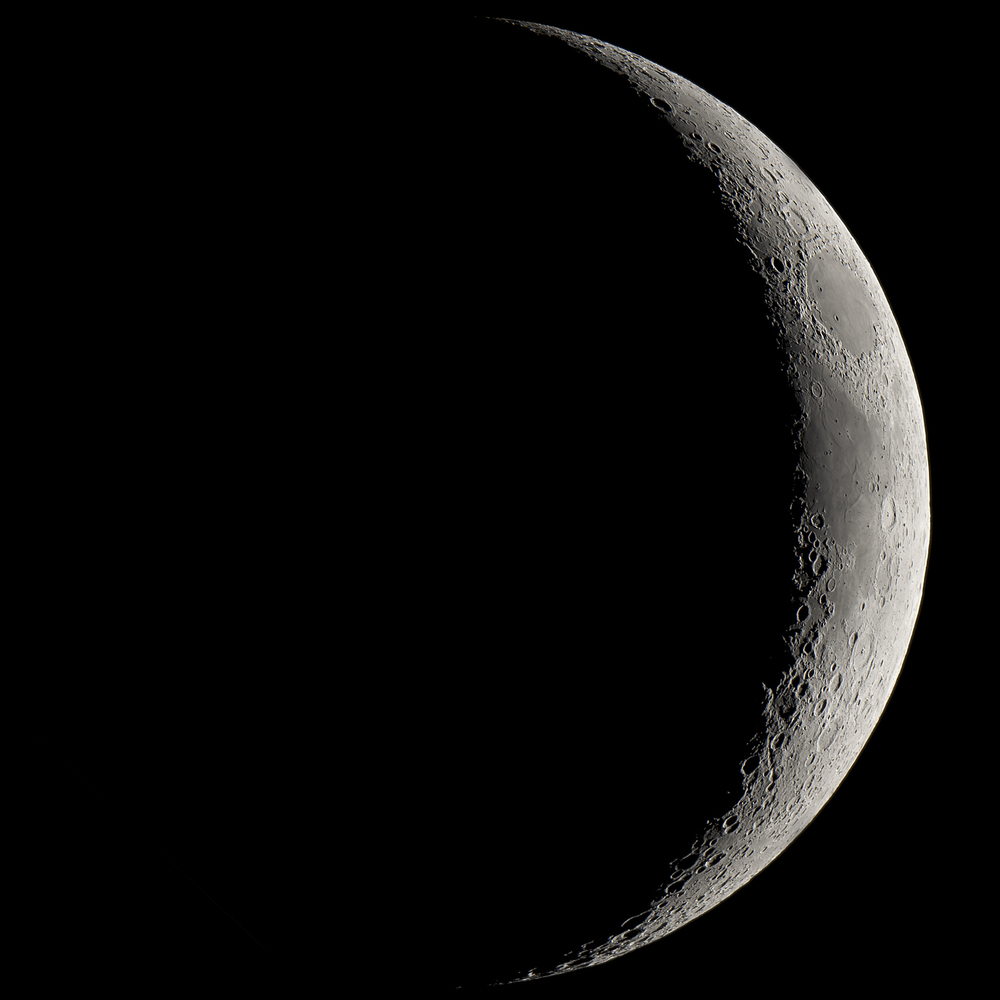 This marks the midpoint in the waxing cycle when the moon appears to be half-lit; this is called the first quarter moon. 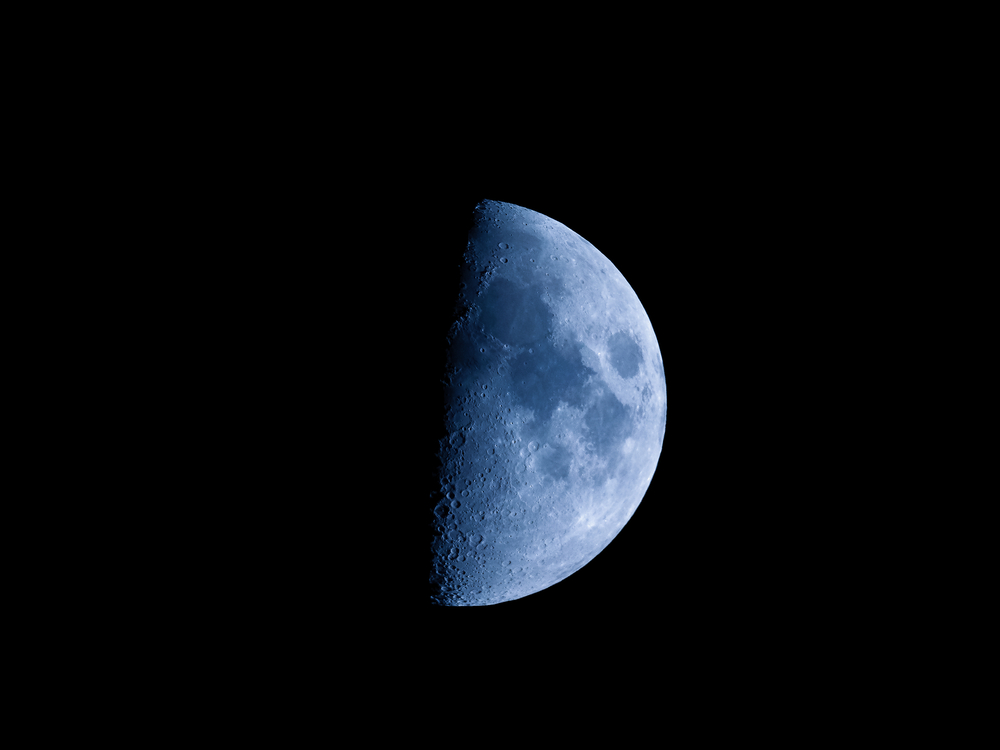 This is the last step before the full moon. The moon is illuminated on more than 3/4 of its surface and only a small part of the moon is now invisible; this phase is known as the waxing gibbous. 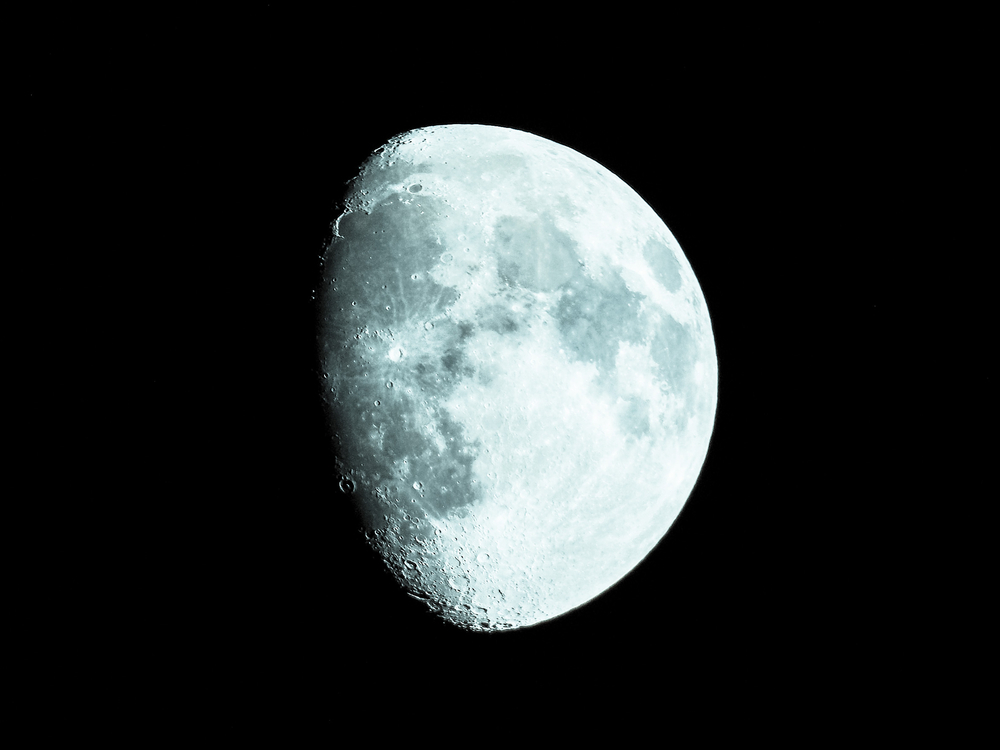 This marks the end of the waxing cycle. The complete moon is now visible, as the earth is now between the Sun and the moon. This stage also holds a lot of religious significance, similar to the new moon; it is believed to emanate the most vibrant energy of the lunar cycle.

The moon has an impact on Earth as much as Earth has on the moon, it has a grip on the sea and has influenced almost every religion as it waxes and wanes around Earth.