An O’Neill Cylinder is a space settlement design consisting of two counter-rotating cylinders proposed by renowned physicist Gerard O’Neill a few decades ago.

Many people believe that the Earth will soon be in danger and the sprawling nature of humanity is the undeniable cause. With the rapid technological progress and advancement of the past few centuries, we’re quickly exhausting the resources from planet Earth in order to power our industrial needs and global commerce. Many futurists feel that we will be left with no option but to explore and colonize space if we intend to survive into a future when resources on Earth can no longer meet our requirements.

Overpopulation is an imminent challenge that makes the need for interstellar travel and colonization even more urgent. That being said, building a space habitat is no easy pursuit and is loaded with daunting challenges, such as the need for construction facilities in space, the recreation of livable communities in space, the recycling and processing of waste, the simulation of artificial gravity, and most importantly—convincing governments and global organizations that this venture is worth pursuing.

The prospect of space colonization paves the way for devising methods to extract energy from resources on other planets. On Earth, harnessing energy from the Sun using solar panels isn’t particularly efficient, and faces inevitable barriers caused by the atmosphere and the daily occurrence of darkness (e.g., nighttime).

However, in space, solar constructs can perpetually harness energy from the Sun without interruption. Utilizing this copious amount of energy would permit us to travel throughout our solar system without worrying about energy expenditure. Moreover, chemical resources would be in great supply in our solar system. To begin with, NASA has recently embarked on a project to generate fuel, water, and oxygen from resources present on the Moon.

Given these foundations for why organizations should foray into developing a space habitat, allow me to introduce the O’Neill cylinder—a space settlement design consisting of two counter-rotating cylinders proposed by renowned physicist Gerard O’Neill a few decades ago. 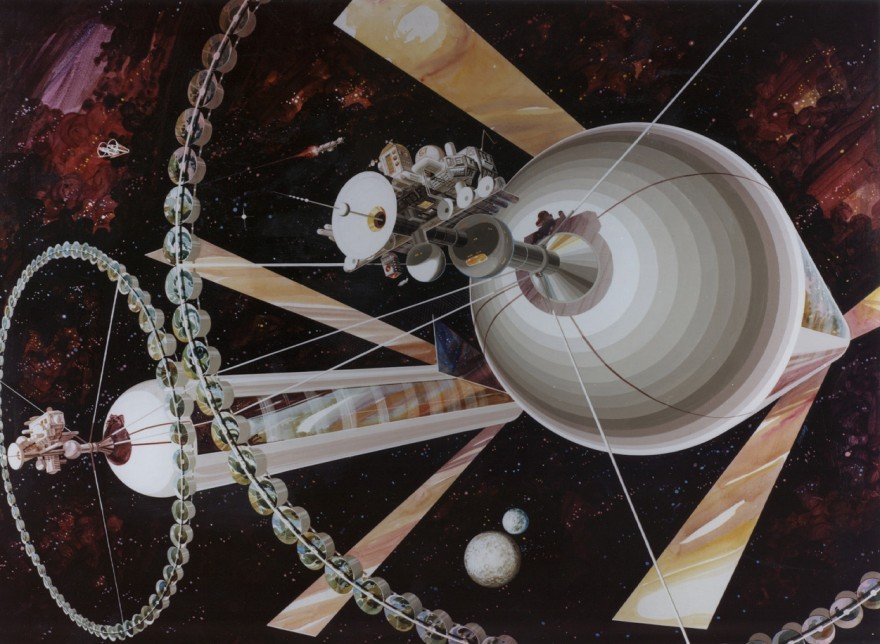 Aside from being a physicist, O’Neill was also a professor at Princeton University and a space enthusiast. Although he is most widely acclaimed for his work in physics, where he developed new concepts to explore particle physics at higher energies, his work on space colonization turned out to be his truly long-lasting legacy.

Origin Of The Idea For The O’Neill Cylinder

While teaching physics to his students at Princeton University, O’Neill assigned them the task of designing a megastructure in space in order to demonstrate that living and surviving in space is actually a possibility.

His students came up with numerous designs to accommodate human habitation in space. After a long session of brainstorming, O’Neill boiled their theories down to the idea of a cylinder-like space settlement design. Later, additional details and the functioning of this design were published in Physics Today in 1974; the cylinder was aptly called the O’Neill cylinder.

Design Of The O’Neill Cylinder

The O’Neill cylinder design consists of two cylinders rotating in opposite directions on a bearing to mitigate the gyroscopic effect. Each cylinder was proposed to be 20 miles long and 5 miles in diameter, with 6 broad stripes along its length (3 habitable spaces and 3 windows). O’Neill envisioned industrial processes and recreational facilities to be located on the central axis in a virtually zero-gravity environment. 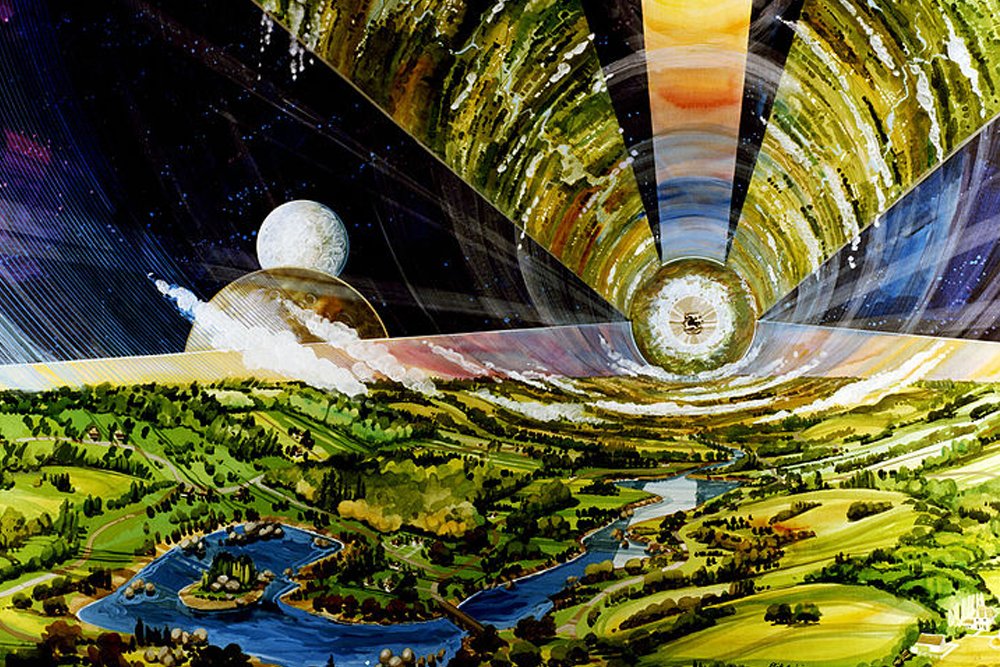 One key difference between living on Earth and living in space (or on any other astronomical body) is the difference in gravity. Artificial gravity is needed for stability, and the O’Neill cylinder has a provision to achieve exactly that. As the two giant cylinders rotate on their axis, they would leverage the centripetal force of any object in the inner surface to create artificial gravity. Considering the cylinder’s dimensions, the acceleration equation: a=v²/r, and substituting the acceleration value of Earth (i.e., 9.81), we can deduce that the cylinder would need to rotate roughly 28 times per hour to simulate an appropriate gravitational force.

Maintaining an atmosphere with a constitution similar to that of Earth is the next challenge when building a space habitation. The O’Neill cylinder is prudently designed with a ratio of gases similar to what is found on Earth. However, there is a caveat; the pressure is half of that at sea level. This would not impact our breathing substantially, but this minor trade-off would translate into a handful of benefits, such as bringing down the need for gas and the construction of thick walls. The proposed O’Neill cylinder also has provisions wherein the habitat would be able to control its own micro-climate using an arrangement of mirrors and by altering the ratio of gases in the cylinder.

Also Read: What If The Earth Were A Cube?

With the human habitat situated in a vacuum (space), the cylinder essentially turns into a huge thermos! The theoretical O’Neill cylinder tried to overcome this issue by using a series of mirrors hinged on each of the three windows. This way, direct sunlight could be directed into the cylinder to simulate day time. Similarly, by turning the mirror away, a night-like ambience could be created. This simulated ‘night’ would also permit the heat produced biologically to radiate out of the cylinder.

Despite the design of the O’Neill cylinder being technically sound, the idea is too sophisticated to be implemented with our present technology. Thus far, its implementation has been confined to the realm of science fiction. However, given the efforts of organizations like SpaceX and Mars One, perhaps some day O’Neill cylinders will actually help humanity settle in the great vastness of space! 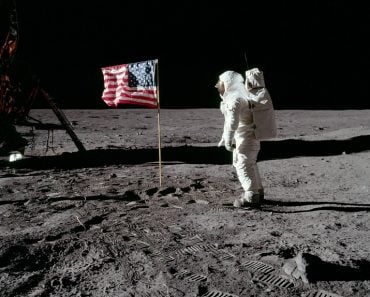