Human history has been shaped by the energy we use. At first, we used our raw muscles, but then we discovered fire, and learned how to control it and elicit energy. Later, we learned to use coal and oil to power huge industrial efforts. Then we ushered in the Atomic Age, where we learned the art of splitting a nucleus to harness an enormous amount of energy. At each successive step, we increased our energy utilization to levels that have never been attained before and advanced significantly as a species. Presently, we’re looking into new ways to harvest renewable sources of energy to meet our growing energy requirements.

As humanity progresses further, we’re likely to gain complete control of our planet’s resources. At that stage, we’ll probably run out of resources and will be in dire need of exploring and colonizing other habitable places in the cosmos. However, space is complex, so invading it will require humongous amounts of energy. Luckily, we know where to get it…the Sun—the ultimate source of energy for our solar system. 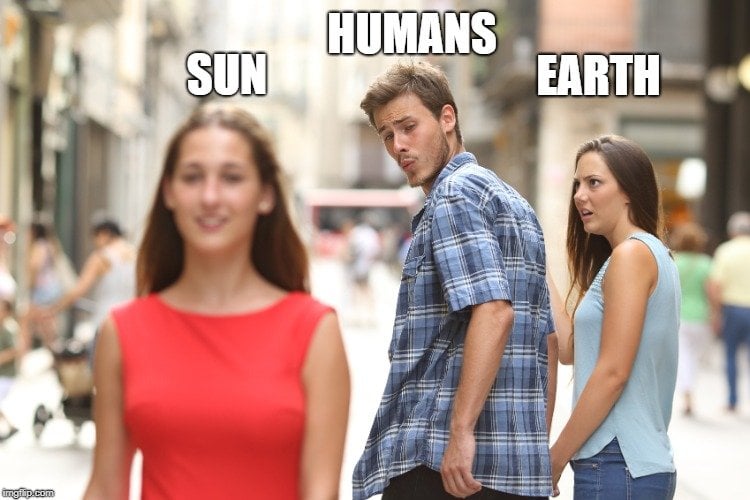 For a long time, scientists knew the magnanimity of solar power, but with solar panels, we harness only an iota of that potential. However, what if we could devise a method to collect all of the sun’s energy? If so, we’re likely to use some form of the megastructure called a Dyson sphere.

A Dyson sphere is a proposed megastructure that fully encompasses the Sun (or any other star) to harness its energy. For humanity, building a Dyson sphere would be a technological leap on par with the discovery of the wheel by our ancestors. A Dyson sphere could help us transform from a planetary species to an interstellar one. 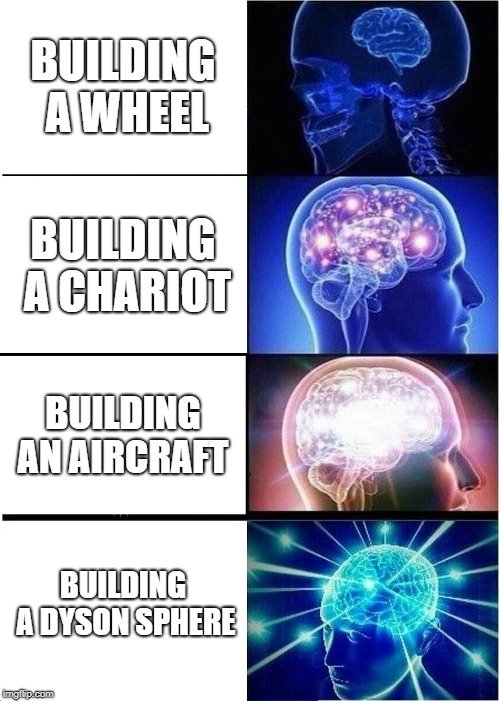 The idea of the Dyson sphere was first proposed by a physicist named Freeman Dyson in his paper “Search for Artificial Stellar Sources of Infrared Radiation”. He postulated that, as a civilization becomes technologically advanced and exhausts its planetary energy sources, they would need to extract energy outside of their planet. Extracting energy from the closest star would be the best bet. To do so, an advanced civilization would need to create an artificial sphere around the sun to harness its massive amounts of energy. Freeman opined that a literal solid sphere encapsulating the sun would be gravitationally unstable and would require more material than even combining all the planets in our solar system could provide. Instead, he reckoned that a Dyson sphere could be made from millions of individual solar-collecting satellites.

A Dyson sphere in our solar system would have a radius of 1 AU and a minimum surface area of 2.72x 1017 km2—roughly 600 million times the surface area of the Earth. The output energy of the sun is around 4×1026 W, which would easily satisfy our rising energy requirements as we become more technologically advanced. 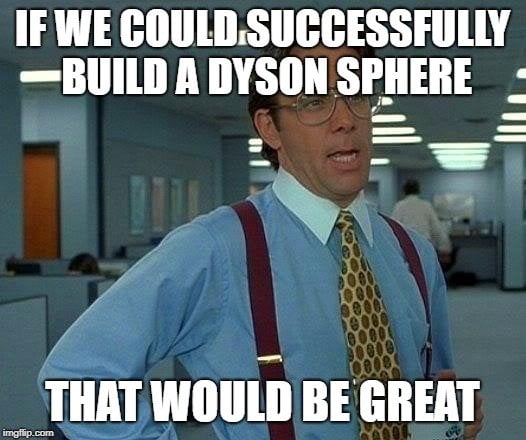 Variants of the Dyson Sphere

Since the concept was first proposed, many versions of Dyson spheres have been designed for improving their practical feasibility. Let’s look at the two most popular versions of the Dyson sphere:

The variant closest to the original Dyson sphere formulation is the Dyson swarm. In this design methodology, there are a large number of independent solar-powered satellites (or advanced solar panels) orbiting in a dense formation around the sun. Basically, the idea is to use different forms of wireless energy transfer methods to transfer energy between these swarm components and our planet.

The two main advantages associated with this approach is that the individual orbiting components can be sized based on our requirements and this construction could be done on an incremental basis. 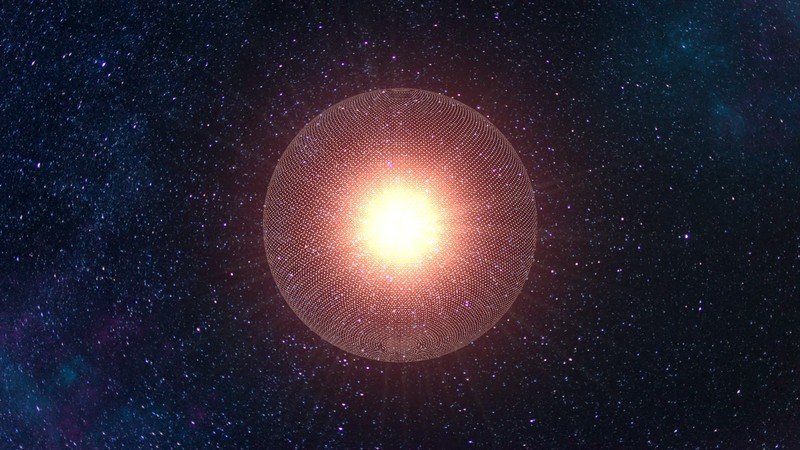 The shortcoming of this approach is that it does not comprehensively account for astrophysical dynamics, which would come into play while attempting to orbit swarms of satellite constructs around the sun. As we started sending more and more solar-collecting satellites, it would become more and more challenging to maintain orbital stability.

Another approach to implementing a Dyson sphere is to use something called a Dyson bubble. Just like a Dyson swarm, a Dyson bubble is theorized to be composed of several independent constructs. However, there’s a catch… these constructs would not orbit the Sun!

In a Dyson bubble, enveloping constructs are proposed to be implemented using statites. Statites are satellites suspended in space using solar light sails. Solar light sails are themselves a hypothetical concept in which satellite propulsion is achieved using radiation pressure exerted by sunlight on large mirrors. Statites would be stationary with respect to the sun, but also independent of one another. 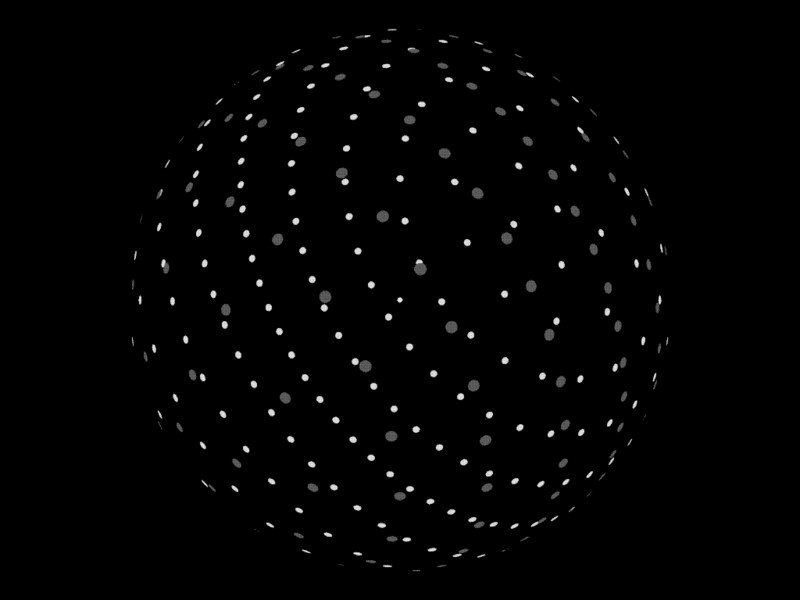 With the current progress of material science, the practicality of this approach is highly improbable. A 100% reflective statite stationed around the Sun would need to have a density of 0.78 grams per square meter. Such an ultra-low-density material has yet to be produced in laboratory settings. Even regular printing paper has a density of around 80 g per square meter; to make panels with a density of 0.78 gms/m2, we would need a deeply profound knowledge of material science.

We can formulate theories on building revolutionary megastructures that will help us in milking all the energy from the Sun, but to do that in a practical sense is currently beyond the scope of humanity’s engineering capacity. Setting up an infrastructure to build, deploy and maintain swarms or bubbles of solar-collecting satellites or statites around the Sun is simply not possible with the resources we presently have on Earth. We would need some form of ‘self-replicating’ machines—as proposed by George Dvorsky—to ever build a true Dyson sphere.