There is no sound in space. Sound, like light or heat, is a wave. However, one major distinction is that, unlike light or heat (radiation), sound needs a medium to travel. Sounds require the presence of molecules or particles to travel from one region to another.

Armageddon is, by quite a thick margin, if not the most, then one of the most heedlessly written, hilariously scientifically inaccurate movies of all time. Scientists either roll their eyes, wince or writhe watching the unintentional parody that is this movie. Nuclear explosion to destroy an asteroid, drilling in space, debris burning on the asteroid without any oxygen, casting Liv Tyler and engine sounds in space.

Another movie that makes the last mistake I mentioned is Star Wars. The boom! sound of a spaceship exploding and being reduced to shreds or the whoosh! and pew! sounds of laser blasters causing the explosion itself are blasphemous in the doctrine of science. 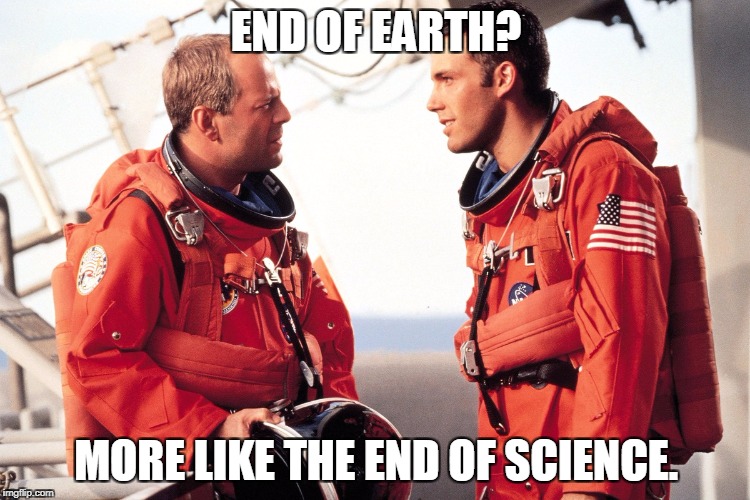 However unsettling or rather monotonous, the action scenes throughout the movie that occur in space (except the sounds generated inside the spaceships) must be mute. There are no sounds in space, as the film Alien reminds us: “In space, no one can hear you scream”.

However, as we’ll find out, technically, this is not true.

Why Are There No Sounds In Space?

Sound, like light or heat, is a wave. However, one major distinction is that, unlike light or heat (radiation), sound needs a medium to travel. Sounds require the presence of molecules or particles to travel from one region to another.

It is the outward vibration of these vagrant particles in the periphery of the source that accounts for the production and spreading of sound waves. A particle sauntering right next to a plucked string of a guitar is plunged into motion. This particle jiggles and transfers its kinetic energy to its neighbor, which then transfers it to his neighbor and so on, until the wave reaches the receptors in our ear and is perceived as a note.

Therefore, the reason why sounds do not travel in space is because there are no particles to disturb in the first place. That being said, what about the gas particles, remnants from supernova explosions and other dust particles? Can’t they propagate sound?

Oddly, no. These particles, unlike the particles on Earth, aren’t close enough or, to put it more elegantly, they aren’t compressed enough to communicate.

Remember that space is virtually a vacuum, so the particles from the explosion are dispersed immediately and consequently aren’t dense enough to carry sound. Technically, a cloud of dust could carry sound, but the amplitude would be tremendously minuscule and practically inaudible to human ears. To an astronaut outside a spaceship, the spaceship’s explosion would be a confusing visual of blinding heat and light, but it would be devoid of any sound, a silent film. For anyone accustomed to the physics of Earth, this might induce cognitive dissonance. However, because the air inside the spaceship is compressed, the explosion could be easily heard by an astronaut inside.

Also Read: How Has NASA Recorded Sound If Sound Cannot Travel In Space?

This is also why astronauts cannot shout out to their partners and must use special equipment that converts sound to radio when sending a message and radio to sound on the receiving end.

So, no, there’s no sound in space.

But wait, what if we pointed more sensitive equipment towards a black hole?

Sound is also defined in terms of pressure difference. As the sound travels through air, it stretches and contracts the surrounding air pressure. The air oscillates up and down, and the time difference between these oscillations is known as the sound’s frequency. This frequency is measured in Hertz (one oscillation per second, Hz).

Sound, like light, also has a spectrum. Humans can only hear sounds of frequencies between 20 Hz and 20,000 Hz. This is tantamount to the visible range of light in the electromagnetic spectrum and is called the acoustic range. Frequencies below 20 Hz are known as infrasounds, while frequencies above 20 kHz are ultrasounds.

Perception is highly consequential too. We cannot hear the frequencies above or below the acoustic range due to the constraints of the apparatus we use to listen. What we label and model as “sound” is a bunch of particular frequencies to which our primitive apparatus is tuned. Anything lower or higher whizzes past us unnoticed. 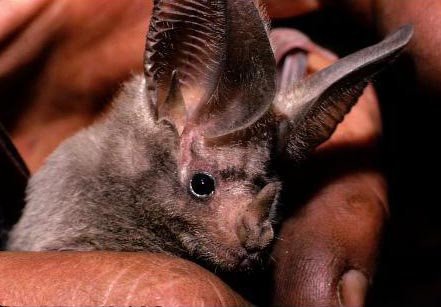 Bats are known to use ultrasound to guide themselves, just like certain animals can perceive infrared light and we cannot.(Photo Credit : National Wildlife / Wikimedia Commons)

Technically, sounds are allowed to travel in space. They can exist as electromagnetic vibrations that propagate in similar wavelengths. Sounds in space have been recorded by NASA with the aid of highly sensitive hearing equipment, such as the Chandra X-ray Observatory.

Astronomers found a supermassive black hole humming 250 million light-years away from Earth, residing in the Perseus cluster. They observed ripples in the gas filling this cluster, producing the deepest “note” detected from any object in the universe – a B-flat, 57 octaves below middle C. This is a million billion times deeper than the lowest frequency of sound we can hear!

Perseus is the brightest cluster of galaxies spreading X-rays, which makes it the perfect jukebox for finding sound waves in space reverberating through the gas in the cluster. It is estimated that the electromagnetic pulse was generated by the movement of hot, magnetized gas engulfing the black hole. NASA has also compiled “sounds” of all the planets in our solar system, and even the Sun!

The sounds will probably make your hair stand on end, but you can listen to them here. The sounds are actually radio emissions captured by spacecraft passing by carrying highly sensitive instruments. When converted to sound, the perceptibly statuesque planets, just like jack-o’-lanterns, turn out to be surprisingly spooky!