Those final three companies have the potential to change the world, and arguably already have. His bold vision for the future has been criticized by many, but as his achievements continue to stack up, fewer people are betting against him. In September 2016, Musk announced his most ambitious plan yet, and one that could change the history of our species – “making humans a multi-planetary species”.

In an hour-long presentation before the International Astronautical Conference in Guadalajara, Mexico, Musk finally outlined his long-hinted scheme for establishing a sustainable community on Mars – and beyond. Journey to the Red Planet

The latest announcement, however, was for a proposed Interplanetary Transport System, which would consist of space vehicles capable of delivering thousands of people to our nearest habitable neighbor in the solar system – Mars. The Saturn V is what took humanity to the moon, towering at 363 feet, but the Interplanetary Transport System, when fully stacked, would cap out at just over 400 feet tall, making it the largest rocket ever created.

Not only is the size of this proposed rocket impressive, but also its capabilities and durability. Musk revealed a video showing the basic plan behind this monumental goal. Using 42 highly advanced Raptor rocket engines (cryogenic, methane-fueled rocket), the ITS would launch into low-Earth orbit, while the booster rocket would return back to Earth and land on the original launch pad (this capability has already been demonstrated with a SpaceX rocket in December 2015). A fuel tanker would be loaded onto that same booster rocket, which would be launched and joined with the spacecraft in orbit to fuel the rocket for its trip to Mars.

The spacecraft would then deploy its solar arrays, which would partially power the spacecraft on its 35-140-million mile flight (depending on how the planets were aligned), along with 9 more Raptor engines on the spacecraft itself. You can watch the incredible video below…

The plan that Musk outlined includes two preparatory Mars probe launches in 2018 and 2020, followed by an unmanned cargo drop to Mars using the ITS in 2022. Ambitious as it may sound, the first manned deployment of this interplanetary adventure ship would occur in 2024, one synodic period after the unmanned equipment launch. It is expected that launches would always be timed in conjunction with Earth and Mars being at their closest point (roughly 35 millions miles apart), to reduce fuel costs and travel time between the two planets. The average travel speed would be about 62,630 mph for those brave souls leaving their home planet for the great unknown.

How Realistic is the Plan?

While Musk’s plan for Mars colonization (and beyond) is highly supported by those who are eager to become early interplanetary colonists, there are plenty of critics, many of whom point to the massive costs that such an undertaking would incur. Musk has stated that development of the rocket itself would cost roughly $10 billion, which is an incredibly large sum, not to mention that his long-term plan consists of roughly 10,000 launches within the next 40-100 years, meaning that approximately 1,000,000 people could be relocated to the red planet.

Musk counters these critics by noting the reusability of his rockets, and the possibility of produce rocket fuel on the surface of Mars, using naturally occurring materials on the planet. The cost per person by 2024 is estimated to be $500,000, but Musk plans to reduce that cost to $200,000. In terms of infrastructure on Mars, that would pose a number of other difficulties; there are no naturally occurring resources, such as oil, nitrogen, oxygen or trees. Musk originally proposed a small initial landing – less than 10 people, which would slowly be added to as a stable colony structure was established. This growth process could take years – or even decades.

The cargo necessary to support humans would also be immense; the projection is 10 cargo launches per 1 human launch, which could mean upwards of 100,000 launches to achieve Musk’s ultimate vision. Given the occasional hiccups (and rocket explosions) in recent years, Space X clearly has a lot of ground to cover before making this dream a reality.

In terms of initial funding, Musk has committed to chipping in as much as he can possibly spend, but is largely relying on this being a public-private funding mission. This might include governmental agencies, NASA,  international coalitions, other astronautical institutions around the world, and private citizens who wish to be a part of history.

Despite the fact that Musk himself has admitted that those first passengers on the “Heart of Gold” mission (obligatory nod to The Hitchhikers’ Guide to the Galaxy), had a high chance of dying, there are still thousands of people who want to sign up and become a part of something greater than themselves. Many of Musk’s biggest supporters have come to see him as something much larger than SpaceX; he is a visionary and an inspiration that is putting space travel back at the front of cultural attention. Following the initial Space Race in the 1950s and 1960s, funding and passion has seemed to fall off, but Musk has the know-how, ambition, and track record of “impossible” achievements that people can believe in. SpaceX is not the only company or institution with Martian ambitions, but he has driven new research and funding into the idea. Jeff Bezos’, the founder of Amazon, has similar dreams of colonizing space, but not specifically Mars, while NASA has its own projections of landing a manned Martian mission by 2040.

Whoever gets there first will change the course of human history, and reignite the sci-fi dream of spreading among the stars. Given Musk’s clear passion and penchant for doing the impossible, it seems like SpaceX might be the wisest bet!

The short URL of the present article is: http://sciabc.us/9BTQ6
Help us make this article better
Prev Article Next Article
About the Author: 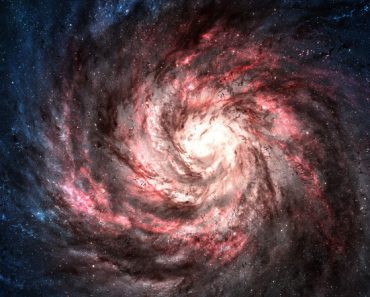