Hyperion, unlike the other spherical satellites, is a potato-shaped satellite. Astronomers speculate that Hyperion is, in fact, a leftover part of a larger moon that was hit by something enormous. As the dust from the collision settled, nearby fragments of rocks and debris coalesced under gravity to form Hyperion.

The intricate choreography of Saturn’s numerous moons perfectly portrays the beauty of the physical laws governing our universe.

The elaborate system of Saturn’s 62 moons forms a complex interconnection of gravitational resonances that perturbs each other’s orbit and constantly sculpts Saturn’s rings. The massive amount of gravity imparted by this colossal planet disrupts the moons, heating some of them to the point of possibly supporting life if there’s a chance for existence beneath their surface.

Among them, is the star of the show, or better, “moon of the show”- Hyperion, also known as Saturn VII. 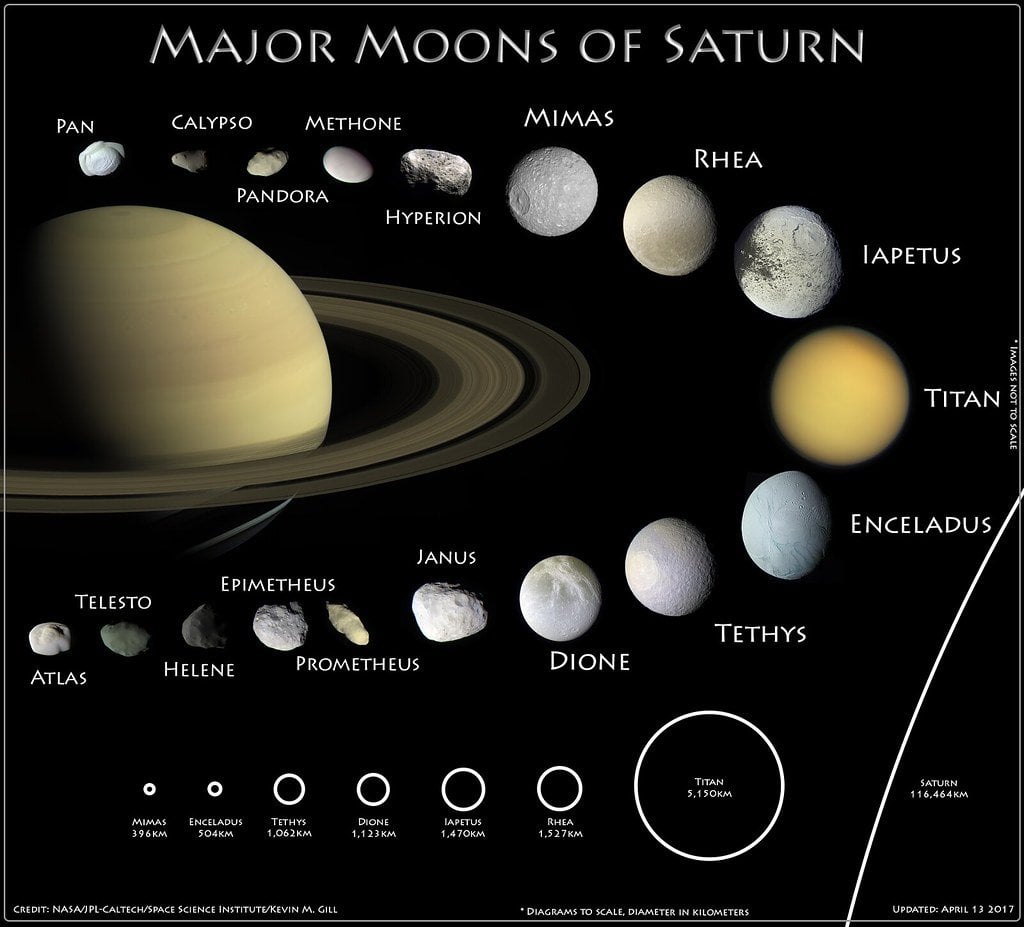 Hyperion – The Potato-shaped satellite of Saturn

Hyperion, unlike the other spherical satellites, is a potato-shaped satellite. Astronomers speculate that Hyperion is, in fact, a leftover part of a larger moon that was hit by something enormous. As the dust from the collision settled, nearby fragments of rocks and debris coalesced under gravity to form Hyperion.

But why does it look like a potato and not a sphere?

This is probably because the fragments of rocks that combined didn’t have enough mass to exert a considerable amount of gravitational pull (which is why other massive bodies to be spherical), which led to the formation of an irregular shape, basically a culmination of separate rocks, rather than a single structure. Hyperion is the largest known non-spherical moon in the solar system.

Owing to its irregular shape, it has three axes of rotation with ever-changing and unpredictable motion.

This moon follows an eccentric (non-circular) orbit around Saturn. Being in close proximity to Titan, Saturn’s largest moon, the two speed up and slow down as the distance between them shifts, as a result of gravity. The vast distance from Saturn and close resonance with Titan has kept Hyperion from becoming tidally locked facing Saturn. It rotates roughly every 13 days during its 21-day orbit around Saturn.

This rather peculiar moon was first discovered in 1848 by two independent groups of astronomers, beginning with William and George Bond. English astronomer William Lassell spotted the moon two days after his fellow American father-and-son duo did. All three men were credited with the discovery.

John Herschel, an English polymath and astronomer, displaying a modicum of creativity, suggested that the moons of Saturn be named in accordance with the mythical brothers and sisters of Kronus—the equivalent of the Roman god Saturn in Greek mythology.

The name “Hyperion” is derived from the Greek god Hyperion (the God who watches over all). Hyperion was the son of Uranus and Gaia, a brother of Kronus and the husband of Thea. The children of Hyperion and Thea include Helios (Sun), Eos (Dawn) and Selene (Moon).

Can chunks of Hyperion be used as a bath sponge?

Although it appears to have the exact same consistency as your favourite loofah, Hyperion is far from a sponge. It’s slightly more than half as dense as water. Frozen methane or carbon dioxide are rumoured to be the reason for its porous appearance. It is primarily composed of high amounts of water ice and small quantities of solid rock, though the precise composition remains a mystery.

The sponge-like appearance is associated with the heavily cratered surface; since it travels so far from Saturn, there are much higher chances of bombardment from colliding space rubble. Unlike the moons Phoebe and Ipatus, craters on Hyperion show no sign of ejecting molten material. Being primarily made of ice, any impact on the surface makes deep indentations, but they don’t fill up with molten material, resulting in a porous and a spongy texture to the surface. 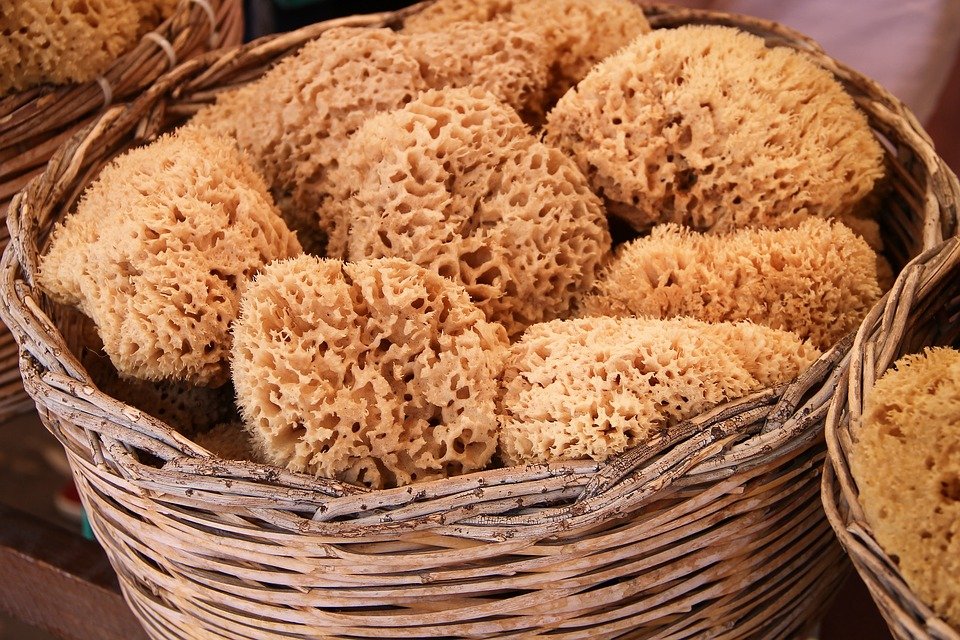 Just in case you were to travel to space for a vacation (which will soon be a reality), I’d still recommend taking your own loofah, rather than relying on the Hyperion sponge.

What is brewing under the surface of Hyperion?

Hyperion yielded some incredible secrets when the Cassini spacecraft flew close by in September of 2005. Carbon dioxide and water ice, as well as dark material that fits the spectral profile of hydrocarbons, were detected.

What intrigued scientists the most was the fact that the same combinations of carbon and hydrogen atoms found in meteorites, comets and space dust in our galaxy, were also present on the moon’s surface. Such molecules, when embedded in ice and exposed to ultraviolet radiation from the sun, can react to form new molecules of immense biological significance.

Does life exist on Hyperion?

Presently, it is too far-fetched to come to such a conclusion. The presence of biomolecules is an indication that the basic chemistry needed to support life is present, and is undoubtedly a sign of the possibility, but that doesn’t mean Hyperion is necessarily habitable for organisms. 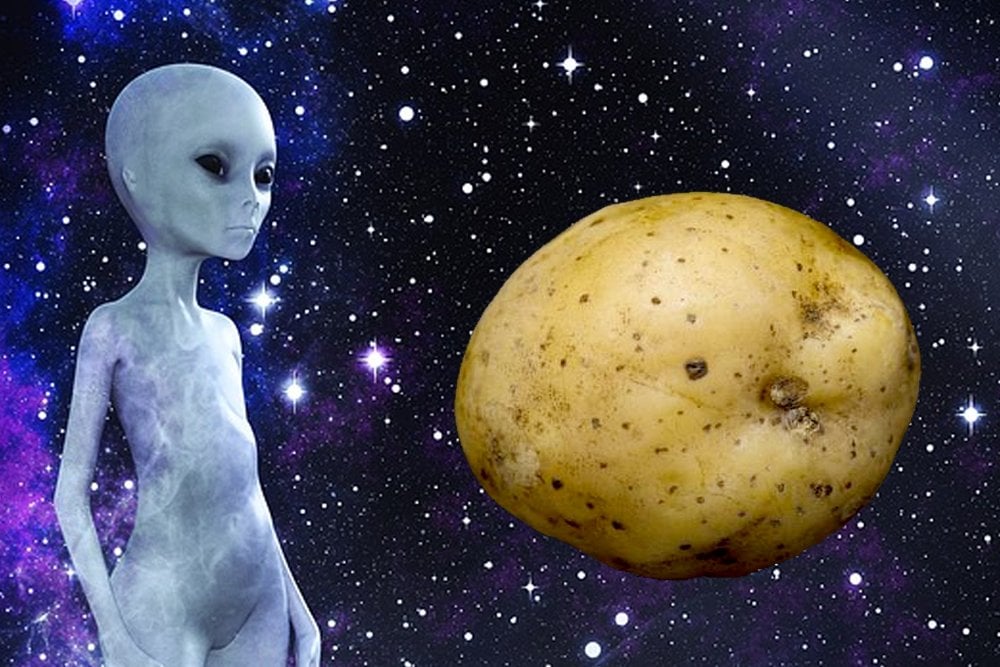 The absence of oxygen eliminates the idea of the existence of creatures that survive on aerobic respiration. However, let’s not forget-In this vast Universe; the possibilities are endless. 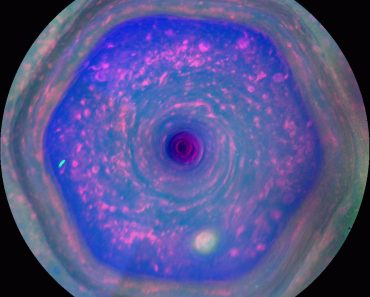