Gravity is one of the four fundamental forces in the universe, and it can propagate over large distances. The speed of gravity was once believed to be infinite, but we now know it travels at a finite velocity of 3,00,000 kilometers per second. Gravity affects life on Earth in many ways, including the way the moon elongates our days and the way the planets influence our seasons. However, the most significant effect of gravity is caused by the Sun.

Among the Universe’s four fundamental forces, only gravity and electromagnetism can propagate over large distances. In fact, those two forces propagate at the same velocity. The speed of light and the speed of gravity were believed to be infinite, their effects instantaneous, but today we know that these forces travel at an exorbitant – yet finite – velocity of 3,00,000 km/s.

Nothing travels faster than light and gravity. (Photo Credit: Pexels)

Now, because gravity can travel long distances, gravitational waves issued by not just planets, but every celestial body in the Solar System, regardless of how small or how far it is situated, will reach us eventually. However, do these waves affect life on Earth in any significant or conspicuous way?

The Moon’s gravity affects us so much that it is elongating our days. Scientists predict that some 1.4 billion years ago, a day on Earth was only 18 hours long. This is because the moon revolved much closer to us at that time than it does today. In the next 100 years, the moon will move even further away, and a “day” will become 1.5 milliseconds longer.

Our closest and most loyal neighbor is gradually abandoning us as a consequence of it causing tides on our planet. The moon is so close to the Earth that it pulls the water facing its surface towards it. The attraction causes the water to bulge and spur tidal waves. In fact, the moon doesn’t merely pull the water facing it, but also the Earth from the water diametrically opposite to it. As the Earth’s surface is pulled away, the water swells on the other side. 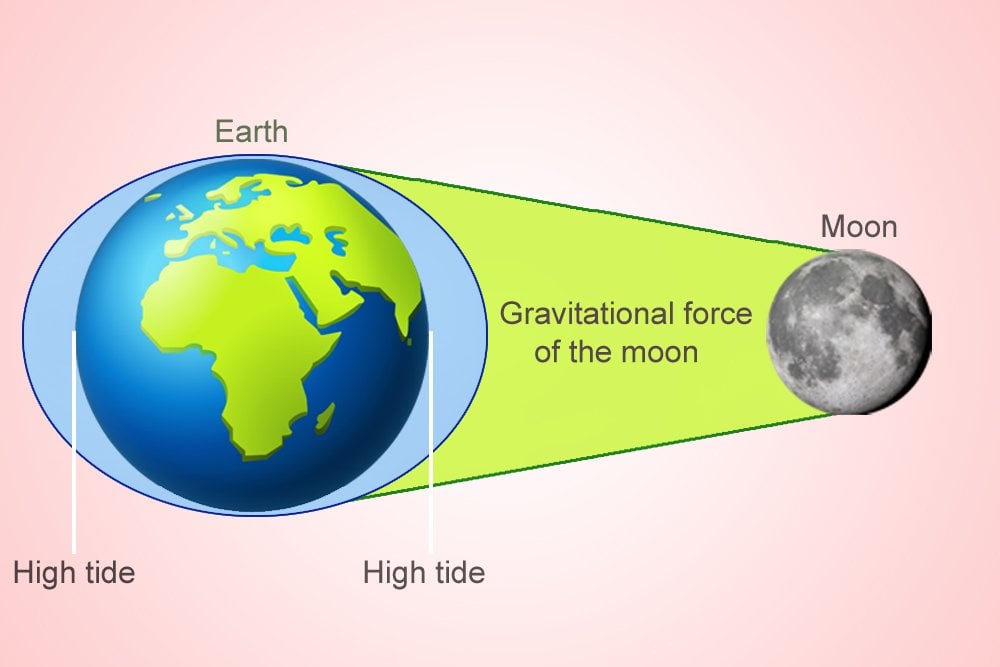 The bulging tidal waves lead to friction; they hinder Earth’s rotation, forcing it to slow down, albeit infinitesimally. The phenomenon is analogous to tugging at someone’s shirt while they run away from you. The cumulative effect over a billion years, however, is not infinitesimal. A six-hour increase is astonishing. A quick calculation would tell you that some 1.4 billion years ago, one would be paid every 23 days. The moon has cost us 7 days of work…or sleep, depending on whether you see the glass as half-full or half-empty.

That is how the moon has been elongating our days, but the slowing down is mutual. The bulge does to the moon what the moon does to the Earth. Simultaneously, the bulge tugs at the moon, thereby slowing it down, causing it to deviate outward from its orbit. According to an estimate, annually, the moon moves almost 4 centimeters away from us, at the same rate as our nails grow.

The Moon is our closest neighbor. (Photo Credit: NASA)

What about the planets? Does Mars, our closest planetary neighbor, causes tides as well? Is the Earth also pushing every other planet away from it?

Gravity obeys the inverse square law: its strength between two bodies decreases with an increase in the square of the distance between them. Therefore, the strength decreases sixteen-fold for a fourfold increase in distance. One can infer that while Neptune and Uranus are huge, they are so far away that their effects are, one can reasonably conclude, negligible. Similarly, Mars and Mercury, the Solar System’s smallest planets, have a minimal effect. With that in mind, do Venus, and particularly Jupiter and Saturn, the Solar System’s largest planets, have a significant impact on Earth?

Some claim that Jupiter and Saturn are so massive that they can and have increased the Earth’s tilt. Consequently, the two giants can and have influenced Earth’s seasons. They are also, like the moon, reported to influence Earth’s spin and rotation. There is no concrete evidence to back up these claims. However, if we do find one, the discovery would be startling. Imagine a famine or flood unwittingly being caused by Jupiter or Saturn as they go on about their own business some millions of miles away! 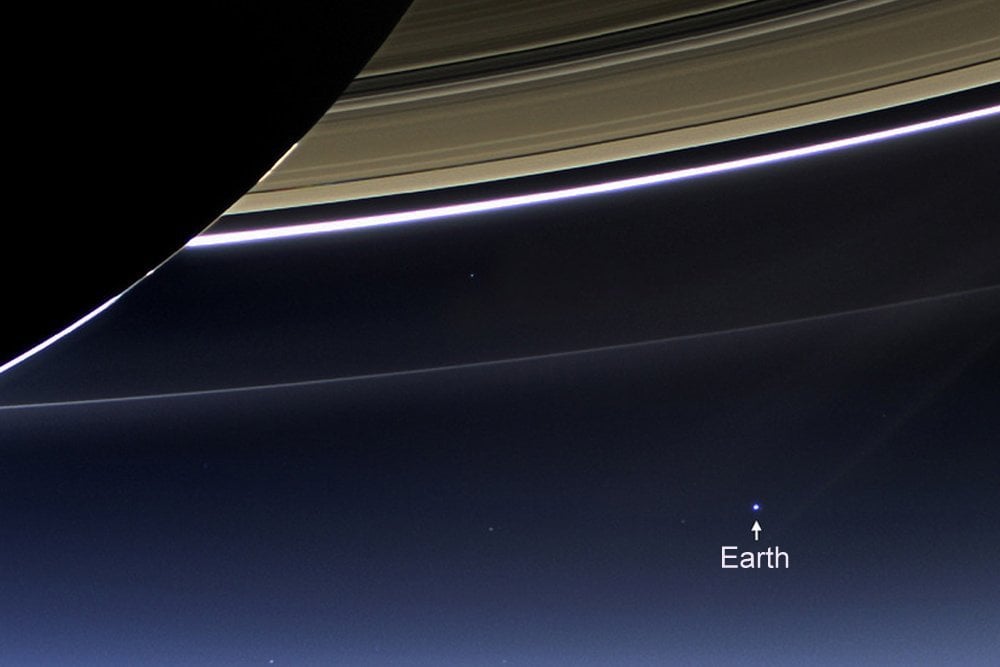 While these claims are uncertain, what is certain is that the gravity caused by the planets is gravely diluted or dwarfed by the gravity of the Sun. Of course, the Sun, which accounts for 99.8% of the mass of the entire Solar System, has the most significant effect. It is what holds everything in the Solar System together. Its tentacles are so long that it pulls in even the Oort Cloud, residing some 186 billion miles away.

The Sun is so massive that despite being so far from us, it is the only celestial body other than the moon that has a say on tides. Remember that no matter how small or distanced a body may be, gravity is a large-scale force; the waves it radiates do eventually reach us. However, the Sun is so massive that the gravitational waves of the planets are to the waves of the Sun what tiny ripples spread by a stone are to a rushing river in which the stone is tossed. 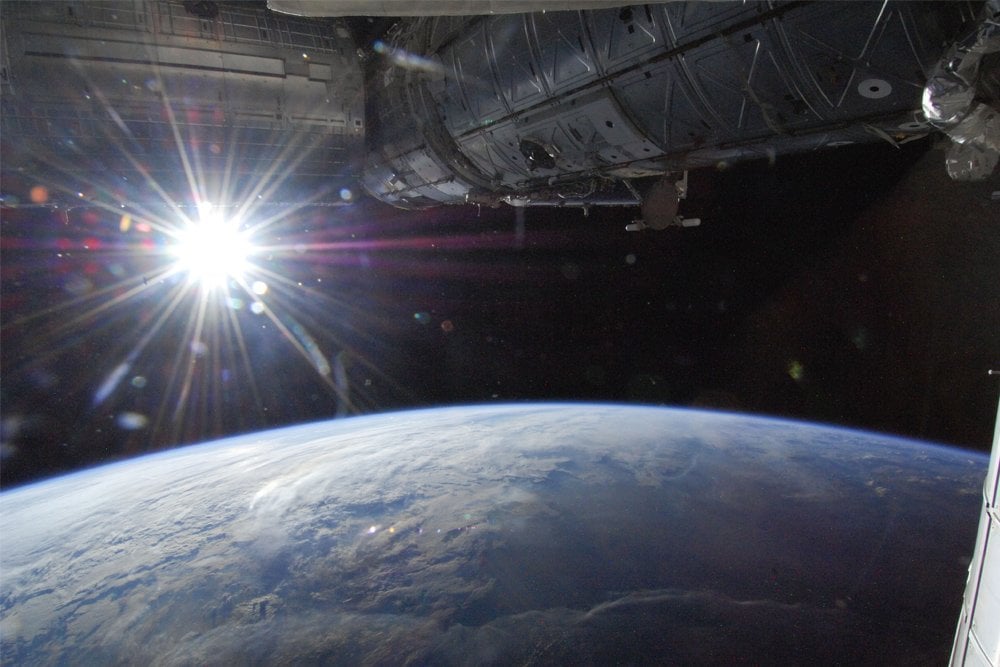 The effects, however colossal, aren’t instantaneous. Gravity travels at an exorbitant but finite velocity and the Sun is situated some 150 million kilometers away. A quick calculation will tell you that the light and the waves of gravity it radiates reach Earth after 8 minutes. This means that if the Sun were to disappear this instant, we would only find out after 8 minutes. Eight minutes after its disappearance, not only would the Earth be engulfed in sheer darkness, but due to the absence of the Sun’s gravity, we would be suddenly flung into deep space, impelled by our inertia. The entire Solar System would plunge into pure chaos.