Charle’s law states that when keeping the pressure constant, the volume of a gas varies directly with the temperature. Charle’s law equation can be represented as:

The law dictates the linear relationship that volume shares with temperature. The temperatures are conventionally measured in Kelvin, the SI unit of temperature.

It was the June of 1783 when Joseph and Etienne Montgolfier inflated a balloon 30 feet in diameter with hot air and set it afloat in the air. The giant curvilineared envelope traveled one and a half miles in the air before reacquainting itself with grass and dirt. The news didn’t take long to spread throughout France.

Upon hearing of this flight, Jacques-Alexandre-Cesar Charles became suffused with a sense of wonder and decided to perform a similar experiment on his own balloons (he is known to be a renowned balloonist, a combination of two words you thought you’d never see together) and formulated what is now known as Charles’s Law. Jacques Charles conducted a simple experiment in which 5 balloons were filled with a different gas, but at the same pressure and volume. They were then subjected to an immensely hot temperature of 80 degrees Celsius. He found that they all expanded uniformly.

Explanation and Expression of Charles’s Law

A quasi-explanation was offered by the physicist James Clerk Maxwell. He claimed that the amount of space that a gas occupies depends purely upon the motion of its particles. The particles incessantly stumble and collide with the container in which they are contained. This rapid assault of innumerable gas particles exerts a force on the container’s surface. That force translates to a certain pressure.

The force of impact of one such collision is inconsequential, but collectively, the collisions can exert a considerable pressure onto a container’s surface. For instance, inside a helium balloon, about 1024 (a million million million million) helium atoms smack into each square centimeter of rubber every second, at speeds of about a mile per second! This pressure is referred to as gas pressure. Gas pressure is proportional to both the magnitude of collisions and the force they expend on a particular area. Thus, the more collisions, the higher the pressure. An important discovery was that the motion of gas particles and the frequency of their collisions depend on the temperature of the gas. This implies that hotter gases press harder against walls and generate higher pressures. This is known as Gay-Lussac’s Law.

However, it is imperative to realize that the pressure increases with an increase in temperature provided the volume of the container is rigid and bounded or simply, a constant. This is evident in the behavior of air pumps that churn out hot air when their piston is periodically pushed and pulled. However, what about the ball itself that is being pumped in the process?

Its volume increases when it comes in contact with this heated gas, because its volume isn’t bounded — as the ball expands, the pressure, even though it is increasing, it increments in constant leaps, thereby being restricted to a constant value. The rubber expands as more and more hot gas is pumped in and the exhilarated particles bounce and push on the inside of the surface, pushing it outward. It rightfully obeys Charles’s Law.

This is the most common application of Charles’s Law. The mental image of one of these sauntering in the wind is what inspired Charles himself to ponder the underlying mechanism behind its inflation. Since the third century B.C, we have known that an object floats in a fluid when it weighs less than the fluid it displaces. Or simply, an object floats when it is less dense than the fluid it attempts to float in.

Charles’s Law provides a succinct explanation for how hot air balloons work. According to Charles’s Law, if a balloon is filled with a heated gas, its volume must expand. At an elevated volume, the balloon then occupies a larger volume in the same weight as the surrounding air — its density is now less than the cold air and consequently, the balloon begins to rise. This also explains why helium balloons tend to shrink when subjected to colder temperatures. The warm air inside instinctively obeys the laws of thermodynamics and disperses towards the cold region outside. The departure of warm air decreases the pressure inside, as air molecules that are cold jiggle around less and need less space. Simply put, as the temperature inside the balloon descends, its volume also decreases.

This isn’t exactly an application, but rather a vice, and probably the second most cited application of Charles’s Law. Charles’s law is responsible for the bloated tubes protruding out from a tire when it is left stranded in the sweltering summer heat. The torrential heat outside steadily flows into the tube and gradually causes the tire to expand, rendering it malformed or popped entirely. 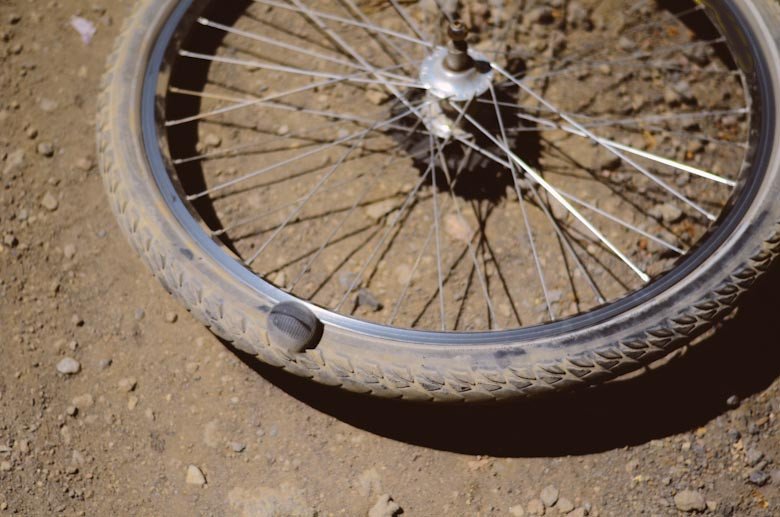 A regular check on your tires during the summer is highly recommended. Inattention and continued cycling can result in extremely dangerous consequences, as the tire can burst at any second if subjected to further expansion, additionally exacerbated by the inevitable inflow of heat derived from friction. Yeah, thanks Charles.

The engine of an automobile consists of a series of lined-up pistons that periodically bob up and down when there is an absence or presence of a fluid (respectively) directly above them. The ends of the pistons are attached to a crankshaft in a peculiar way so that their rise and fall rotates the shaft. The opposite ends of this crankshaft are connected to the rear wheels of the automobile, so when the rod rotates, the wheel rotates as well.

Again, Charles’s Law is in the thick of the action. The pistons are pushed by the gas being produced as a consequence of fuel combustion. The combustion generates a huge amount of heat. As a result, the temperature soars and the converted gas immediately expands, such that its seething particles sprint towards the pistons. They push on them with all their force and thrust the vehicle forward.