Home
Nature
Do Monkeys Have Better Dental Hygiene Than Humans?

One theory explaining the emergence of wisdom teeth claims that nature gifted ancient humans with a new set of teeth when, around the end of adolescence, they lost their teeth due to a raw and unprocessed diet, which would irrevocably spoil their teeth. In the millennia that followed, we began to wash our food, cook it and delight in not only the delicious taste of tender, chewable meat but also the wealth of protein it provided. So much for protein.

This protein diet, purged of its germs through cooking, is known to enhance and rejuvenate cognition. However, it was our improved dental hygiene that allowed us to consume it every day without marring our teeth. Our molars, now bright and healthy, have no reason to decay and fall out, but because we’re programmed to evolve wisdom teeth anyway, they creep in, presumptuously, causing us to convulse in excruciating pain.

Recently, zoologists have discovered that the practice of flossing isn’t unique to us, but our swinging cousins too!

A team led by Honnovali Kumara at the Salim Ali Center for Ornithology and National History in Coimbatore, India discovered that long-tailed macaques use a variety of tools and techniques to extract juicy innards from their meals and to floss after they devour them. Their research was primarily based on the Nicobar long-tailed macaques, a species of monkeys that are found on three islands in the eastern Indian Ocean. One of these islands is the Nicobar island, where Kumara’s team followed a jubilated herd of 20 monkeys in the proximity of a small coastal village.

The team studying their eating habits discovered that the monkeys favored foods suffused with thorns, slime and hair. They observed that the monkeys get rid of these inedible coverings by washing their food in puddles or wrapping them in leaves to rub them clean.

Furthermore, they found that the monkeys have adapted very well to human-dominated vegetations. They realized this by the species’ aptitude for manipulating objects not conventionally found in their habitats. Their cleansing also includes the use of paper, clothing or plastic to wrap food and wipe off unwanted coatings. Consequently, their teeth are subject to food and germ deposition in the cracks between them, a phenomenon that can gradually induce infirmity and deter further consumption of sturdy and potentially nutritious food.

For instance, macaques adore coconuts, which they pluck from trees by twisting and pulling them off their branches. The pull is aided by biting the stem after the twisting weakens its hold. If the coconut is soft, the monkeys pinion it to the ground with their limbs and dehusk it with their teeth. However, if it is hard, they strike it with a rock to break open its shell to obtain the juicy bits and water hidden inside.

If their foraging techniques weren’t prudent enough already, researchers also observed that long-tailed macaques practice good dental hygiene to make sure their tools are overhauled consistently. Adult macaques, like humans, clean their teeth by running a thin fiber back and forth between them. The monkeys’ flossing tools range from tree needles and blades of grass to bird feathers. Even the thin coconut fibers they previously chewed off can be used to floss. Of course, their dental hygiene is nowhere near as sanitizing as ours, but the surprising foresight illustrated by the species is a testament to planning and intelligence in the wild, a feature traditionally observed in the most intelligent of primates, namely us. Other than the Nicobar long-tailed macaques, Japanese macaques and Thailand’s macaques are the two other macaques species who have been observed flossing every now and then.

The short URL of the present article is: http://sciabc.us/DCKSp
Help us make this article better
Prev Article Next Article
About the Author: 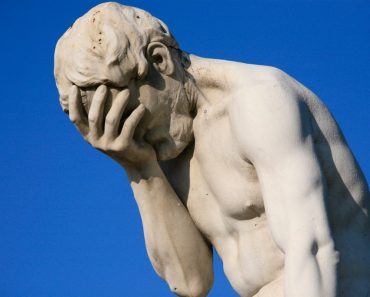